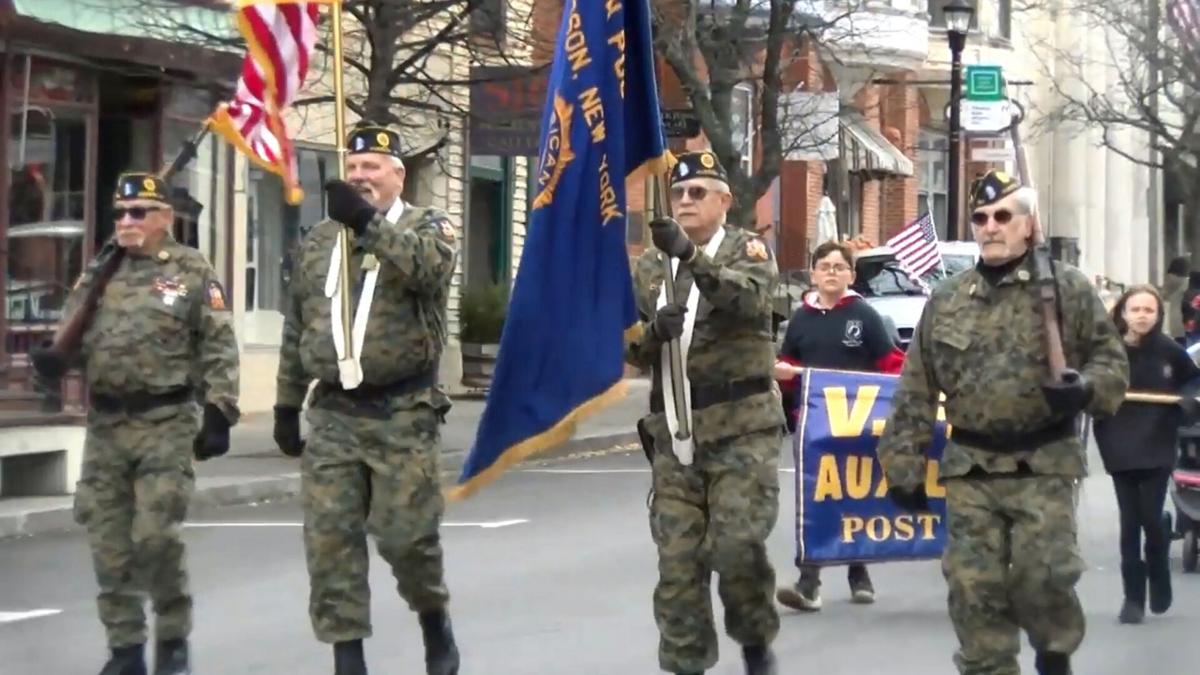 The 2019 Veterans Day parade in Hudson. Many of this year's ceremonies are abbreviated or canceled because of the COVID-19 pandemic. Lance Wheeler/For Columbia-Greene Media 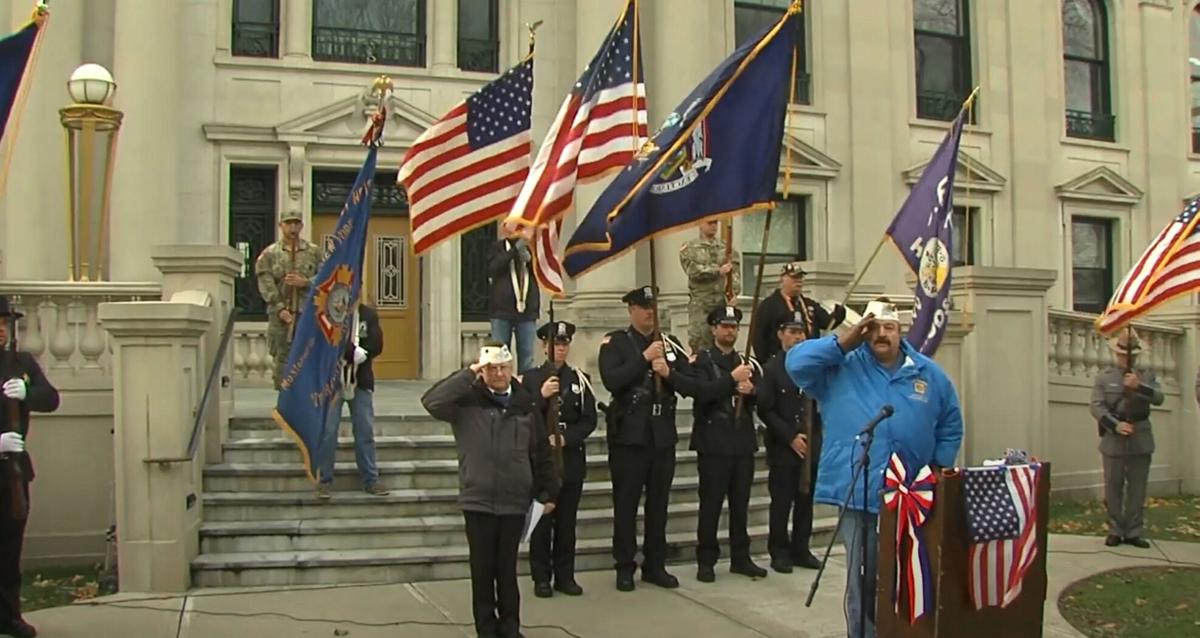 The 2019 Veterans Day parade in Hudson. Many of this year's ceremonies are abbreviated or canceled because of the COVID-19 pandemic. Lance Wheeler/For Columbia-Greene Media

On the 101st anniversary of the first Armistice Day, the holiday known as Veterans Day will be observed Wednesday in many communities across Columbia and Greene counties.

Armistice Day was proclaimed by President Woodrow Wilson in November 1919 after the conclusion of World War I, and in May 1938, the day was made a legal holiday primarily honoring veterans of World War I, according to the U.S. Department of Veterans Affairs website.

In 1954, Nov. 11 was proclaimed Veterans Day and became a day to honor American veterans of all wars.

The Veterans Day ceremony in Catskill will take place at the Town of Catskill Cemetery, in Jefferson Heights, Jessica Johansen, senior clerk for the Greene County Veteran’s Service Agency, said. The ceremony begins at 11 a.m.

Two events are part of the salute to veterans in the Greenville area, Don Savino, past commander of American Legion Post 291, said. At 10 a.m., the annual church service will be held at South Westerlo Church on Route 405. That will be followed by the veterans’ ceremony, which takes place at the pond on Route 32 in Greenville. The event begins at 11 a.m., at the gazebo, Savino said.

Veterans’ services are also scheduled for 11 a.m. at the Palenville firehouse on Route 32A. The ceremony is hosted by the fire department and auxiliary.

Hudson American Legion Post 184 and Hudson Veterans of Foreign Wars Post 5791 are scaling down their observances this year due to COVID-19, according to Randy Staats, chairman of this year’s ceremony.

The annual parade will not take place. Instead, a small ceremony will be held at the veteran’s monument in Seventh Street Park beginning at 11 a.m., Staats said.

For the first time in 30 years, a Veterans Day ceremony will take place in the town of Canaan, Gary Flaherty, director of Veteran’s Services of Columbia County, said.

A wreath-laying ceremony will be held Wednesday at the veteran’s marker, at the intersection of Route 295 and county Route 5. The ceremony begins at 2 p.m. and includes members of the town board, Flaherty said.

Chatham American Legion Post 42 and Ghent VFW Post 5933 will combine forces for their salute to veterans this year, Jim Garvey, post commander for Chatham American Legion, said Monday. Weather permitting, a veteran’s automobile parade will leave their post on Woodbridge Avenue in Chatham at 10:30 a.m. and drive through the village, ending at Village Green on Main Street, where ceremonies are scheduled to begin at 11 a.m., from the gazebo. The ceremonies will be held, rain or shine, Garvey said.

The post will hold ceremonies at Livingston Town Hall at 10 a.m., Clermont Town Hall at 10:30 a.m., and at the veteran’s monument at the Anchorage Boat Launch in Germantown, at 11 a.m., Williams said.