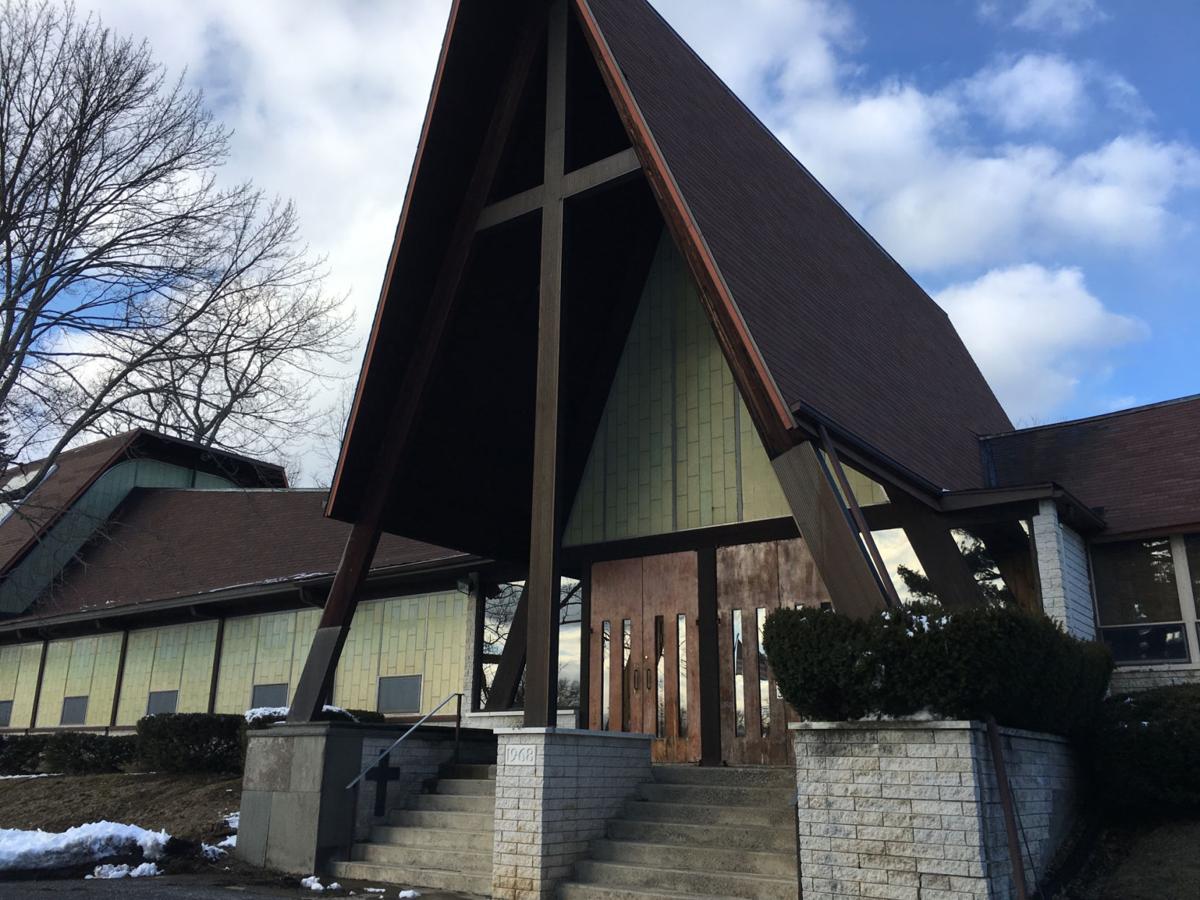 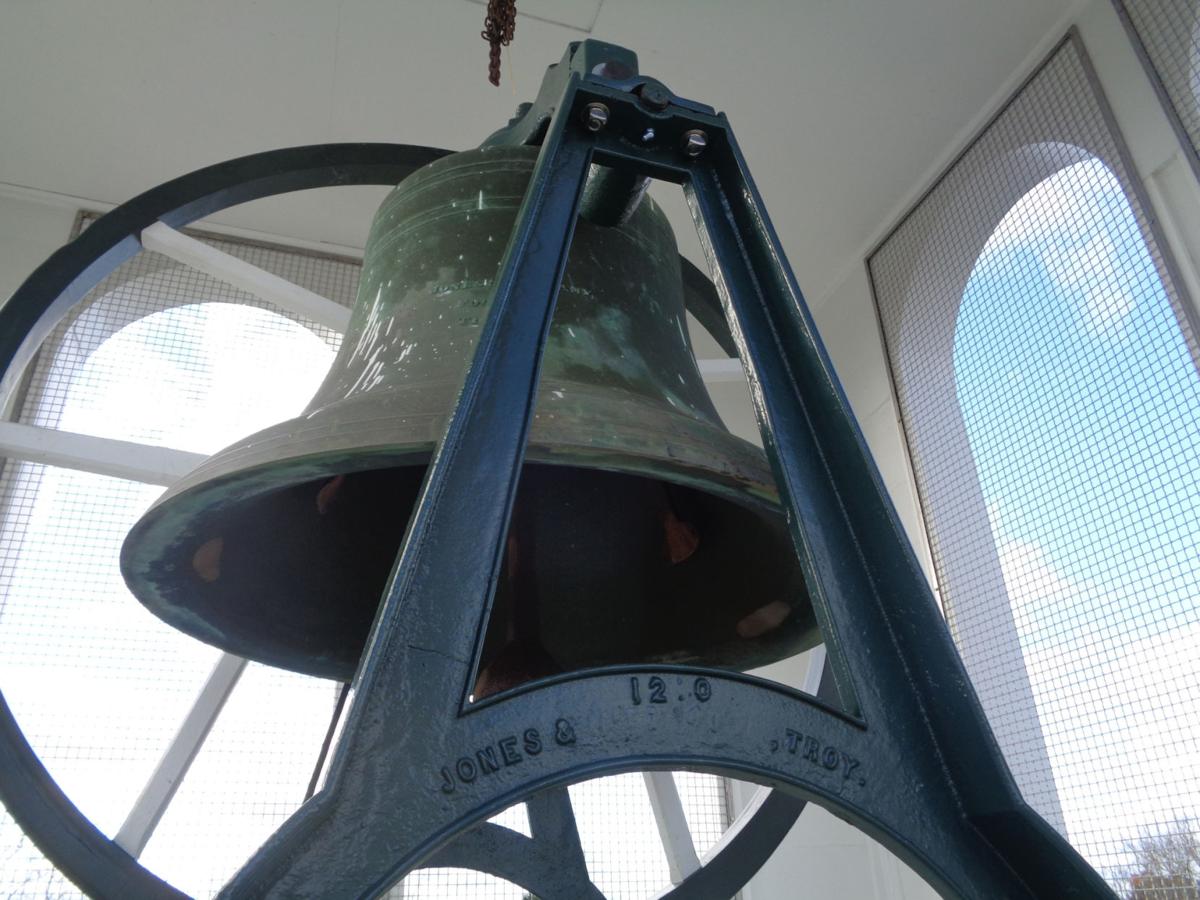 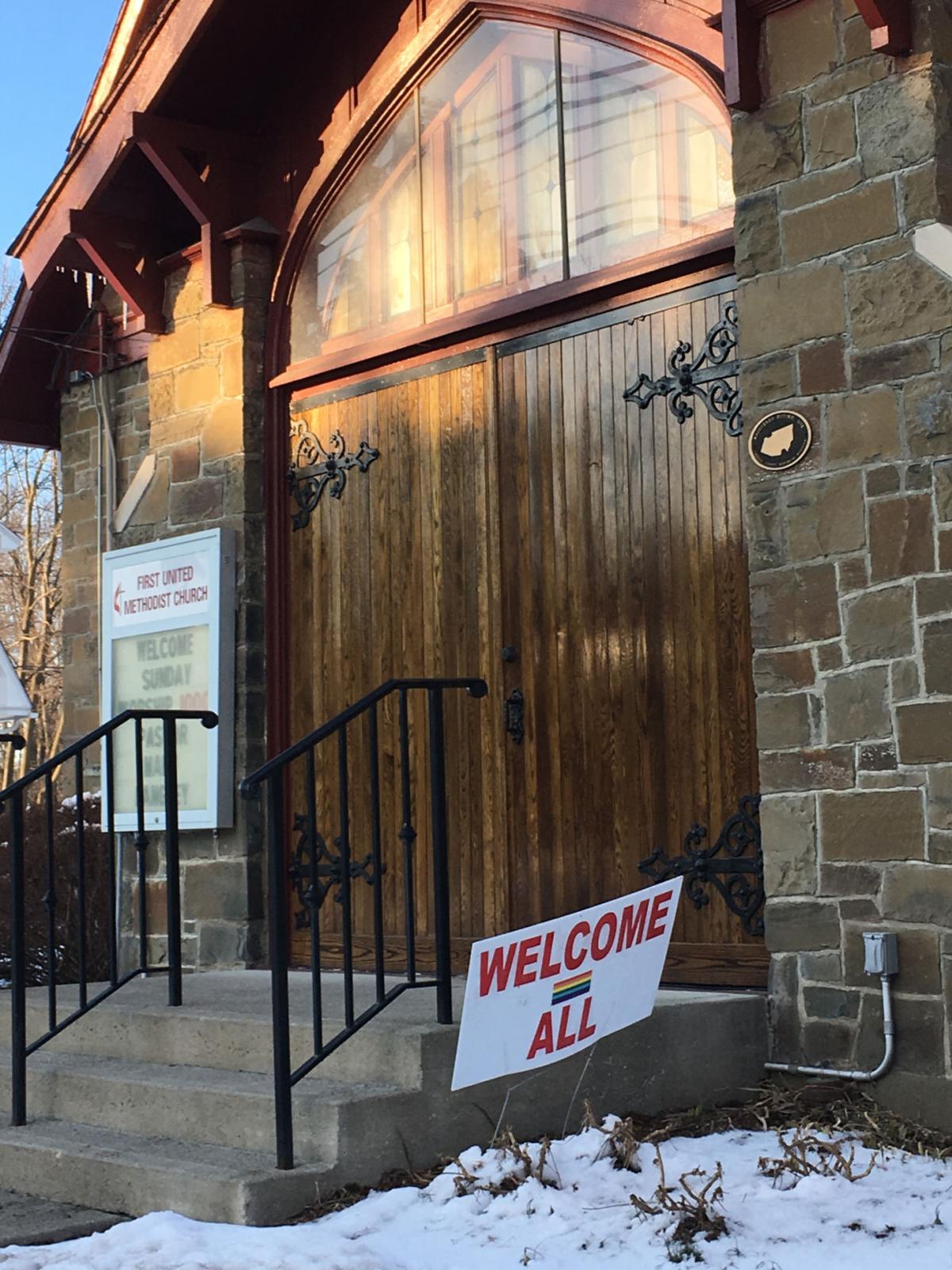 File photo A sign welcoming the community into First United Methodist Church in Coxsackie, with the “rainbow flag” in the center, a symbol of LGBTQ pride.

File photo A sign welcoming the community into First United Methodist Church in Coxsackie, with the “rainbow flag” in the center, a symbol of LGBTQ pride.

A diverse group of the church’s traditionalists, centrists, progressives and bishops signed an agreement, known as the Protocol of Reconciliation and Grace Through Separation, on Dec. 17, 2019. The agreement was announced Friday.

The proposal, which is awaiting approval, would split the church over the controversy that erupted last year “over conflicting views related to human sexuality,” according to a statement released by the Council of Bishops. The controversy revolved around allowing Methodist ministers to perform same-sex marriage ceremonies, and the ordination of LGBTQ people as clergy.

The 8-page document was signed by representatives from both the conservative and liberal wings of the church from the United States, Europe, Africa and the Philippines, and outlines a path to separating the church into separate factions.

“The undersigned propose restructuring The United Methodist Church by separation as the best means to resolve our differences, allowing each part of the Church to remain true to its theological understanding, while recognizing the dignity, equality, integrity and respect of every person,” according to the Protocol Statement.

If the agreement is ultimately approved, it is expected that a new “traditionalist” denomination would be formed. If that happens, the new church would receive $25 million over the next four years. In exchange, they would give up further claim to the United Methodist Church’s assets, according to the statement.

Pastor Mary Langley, formerly of the Coxsackie United Methodist Church, said the proposal to divide the church did not surprise her.

“I have actually thought for years that it might come down to a split,” Langley said. “The United Methodist Church has added new branches to its tree historically, with divisions over other issues. There is a lot of combining with other denominations.”

“If I had to choose, I would go with the side that is OK with marriage and the LGBTQ community. I am in support of them,” Langley said.

Under the agreement, conferences and local congregations could vote to separate from the church and affiliate themselves with new Methodist denominations created under the agreement within a certain time frame, according to the Council of Bishops.

Pastor Ken Coddington of Trinity United Methodist Church in Hudson said his church will not make any decision until the agreement is finalized.

“We are not taking any action at this time because it is really in the preemptive stages,” Coddington said. “There is another general conference meeting in February. We are informed about it, but right now we are waiting to see how it will affect us, if at all.”

Linda Mussmann, county supervisor for Hudson’s 4th Ward and a leader of Hudson’s gay community, said the proposal is progress, of a sort.

Mussmann said she viewed the controversy over gay marriage’s acceptance as archaic.

“Christianity seems like it would like to be inclusive, but the ideology tends to limit people’s ideas because it is so restrictive,” Mussmann said. “If we were going to live exactly by the laws of the Bible, we would really have trouble, and I think that applies to same-sex marriage as well. The gender issue has become so complex that to be so restrictive on gay marriage seems to be a prehistoric concept.”

The United Methodist Church is the third-largest religious denomination in the United States, according to the Washington Post News Service.

Before the separation agreement can be implemented, it will have to be presented at the church’s 2020 General Conference held in May and adopted by the conference’s delegates. After the agreement, or protocol, is adopted, churches that wish to separate must register their intention with the Secretary of the Council of Bishops no later than May 15, 2021, according to the council.

This is complex. My favorite Methodist minister is Karen Monk, PhD, who ran the Methodist Churches I enjoyed on the mountaintop. She’s recently promoted to regional administrator. Karen has 4 masters and 2 PhDs, including psychology. Dr. Monk, Preacher Karen, is openly gay.

I’m heterosexual, hopelessly. I’ve read the Bible, Torah, Koran and a lot of other major theological texts. I just don’t see a bias for heterosexual or homosexual orientation in them.

Obviously a religious institution has freedom. Our government requires freedom of and from religion.

We’re struggling with the InterFaith Thanksgiving’s here. It’s relevant because there are common elements in all religions that may in fact be their most important purposes.

It’s probably bringing me closer to God to want Christians, Native Americans, The Black Churches (like 2nd Baptist), Muslims, Buddhists, and any and all other faiths, yes, including Deists, to participate together in an InterFaith gathering, yearly at least.

The Methodists seem to struggle with maintaining their work in Africa, which seems the course of this schism. There’s an intention, as I understand it, to encourage emerging black African nations to be, well, heterosexual.

A paradox? Maybe each person’s faith is their own, a direct connection. We ARE each sovereign after it’s all said.

I don’t agree or disagree with the Methodist’s “expected split.” Unity does favor a different solution, and in that the model from religious leadership might preserve us rather than divide us.

If you think that’s being idealist than you’re right.

But if spirituality is whole the universality of it seems required.