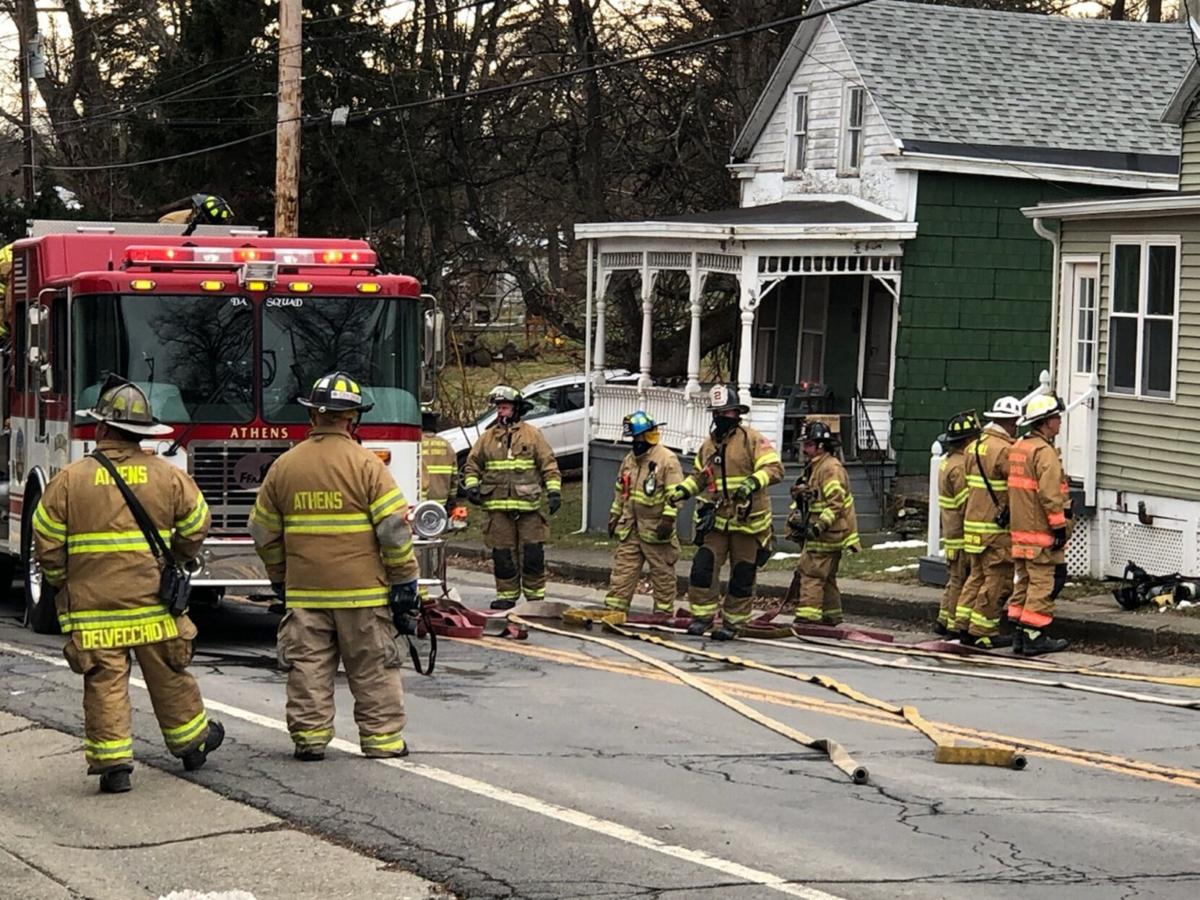 Bill Williams/Columbia-Greene Media Four fire departments were on the scene of a house fire in Athens on Wednesday. 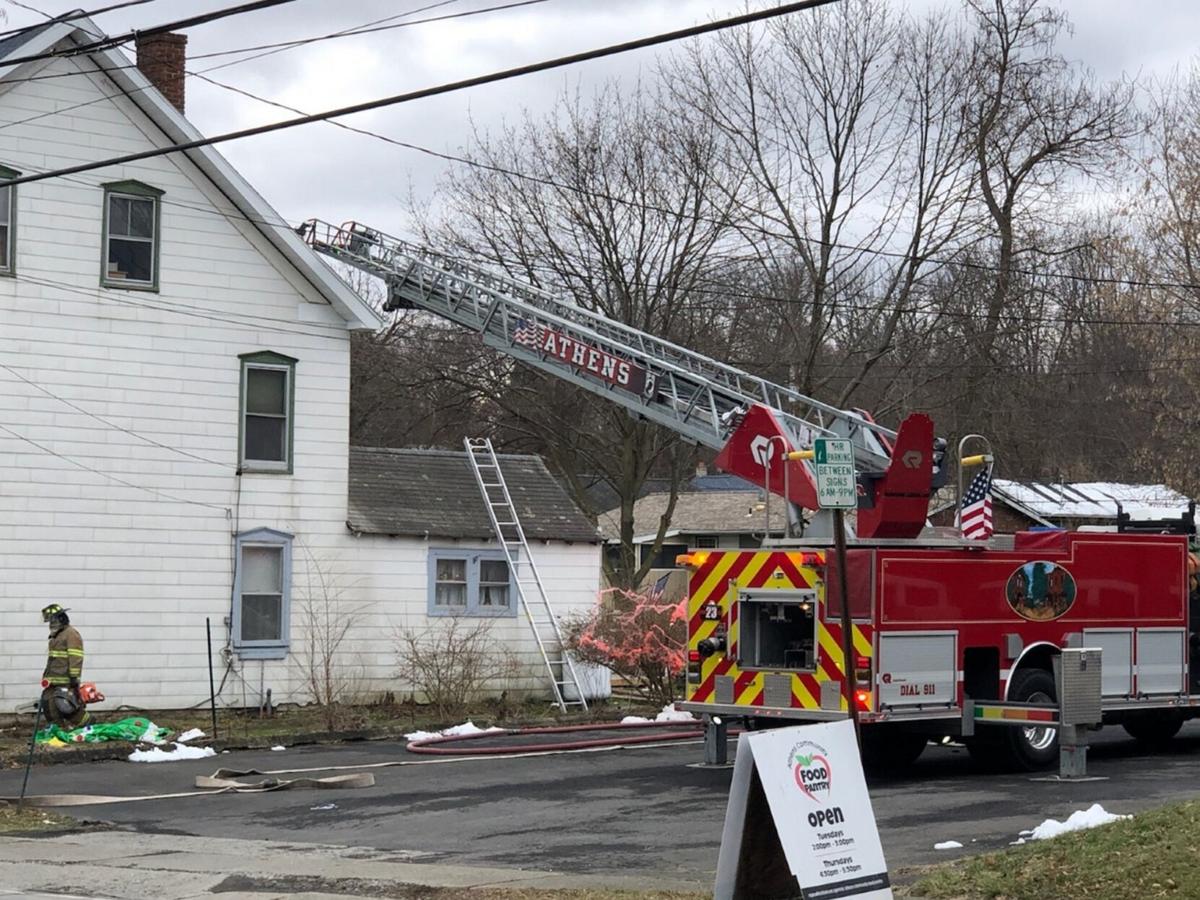 Bill Williams/Columbia-Greene Media The Athens ladder truck was used to access the roof of a home on North Washington Street during a house fire Wednesday. 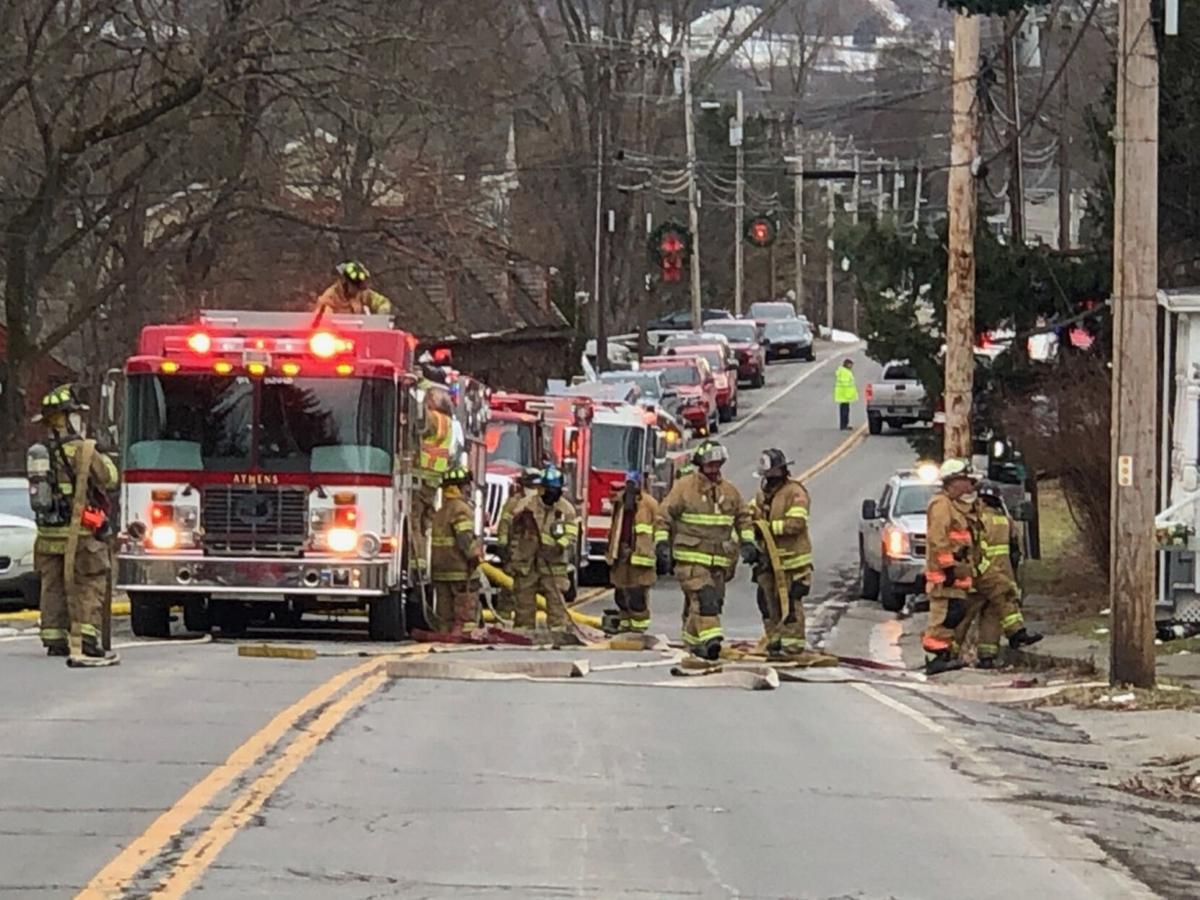 Bill Williams/Columbia-Greene Media Four fire departments were on the scene of a house fire in Athens on Wednesday.

Bill Williams/Columbia-Greene Media The Athens ladder truck was used to access the roof of a home on North Washington Street during a house fire Wednesday.

One wall of the home, in the area of the chimney, was damaged by the fire, Butterworth said.

When firefighters arrived, they reported the flames had spread into a wall of the home and requested mutual-aid assistance from neighboring companies.

Firefighters also assisted the residents, who were still inside the home attempting to retrieve their cats, out of the building safely.

The cats were later located in good condition. A pet dog was also evacuated, Butterworth said.

The fire was reported to be out at 1:03 p.m. Firefighters then began checking the rest of the building to make sure the fire had not spread.

Central Hudson Gas and Electric was requested to cut power to the building. The village code enforcement officer was also called to the scene.

Route 385 was closed to traffic while fire crews worked.

Coxsackie and Catskill fire departments assisted at the scene. Hudson Fire Department stood by for Catskill.

Also assisting at the scene were Catskill Ambulance, Greene County Paramedics and Village of Athens Police.

All fire departments were back in service at 2:15 p.m.