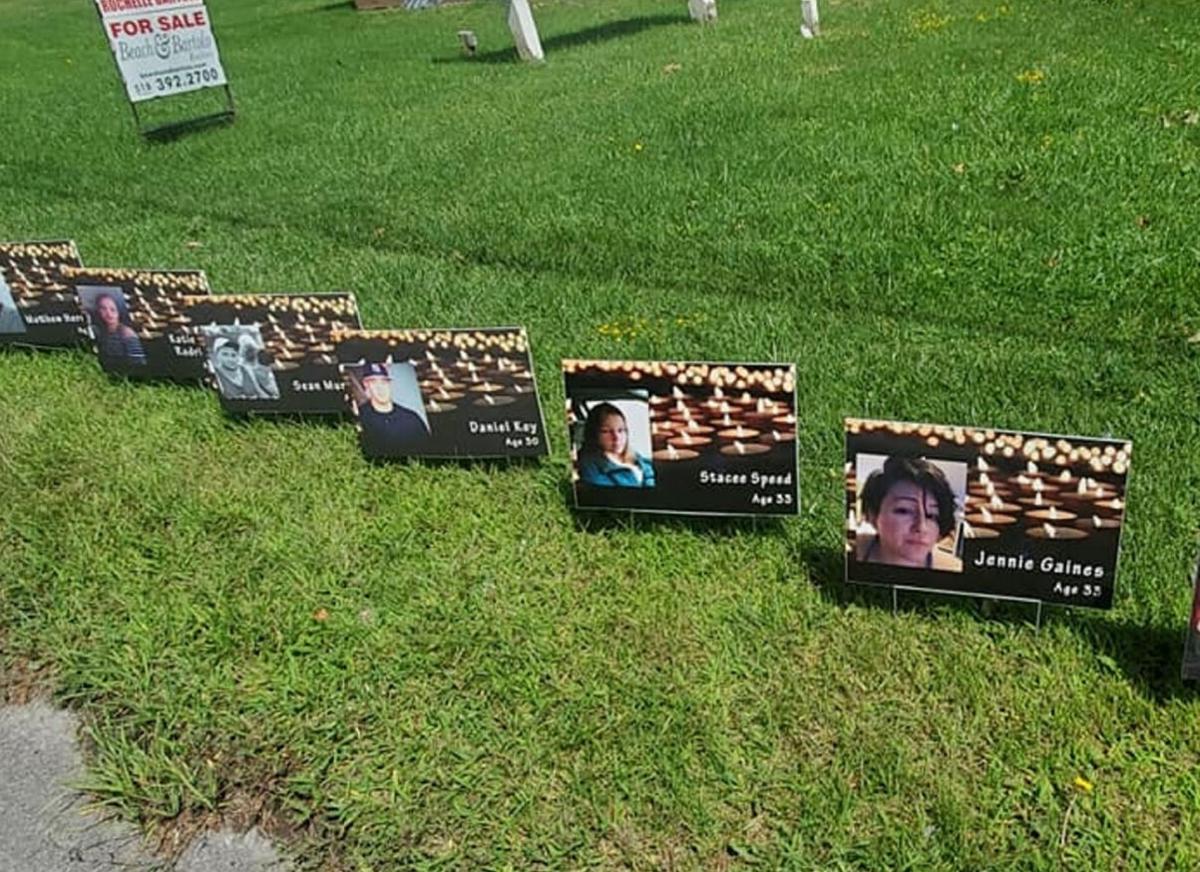 Columbia Pathways to Recovery displayed tributes to community members who lost their lives due to addiction, outside the organization’s new recovery center on Milo Street in Hudson. Contributed photo 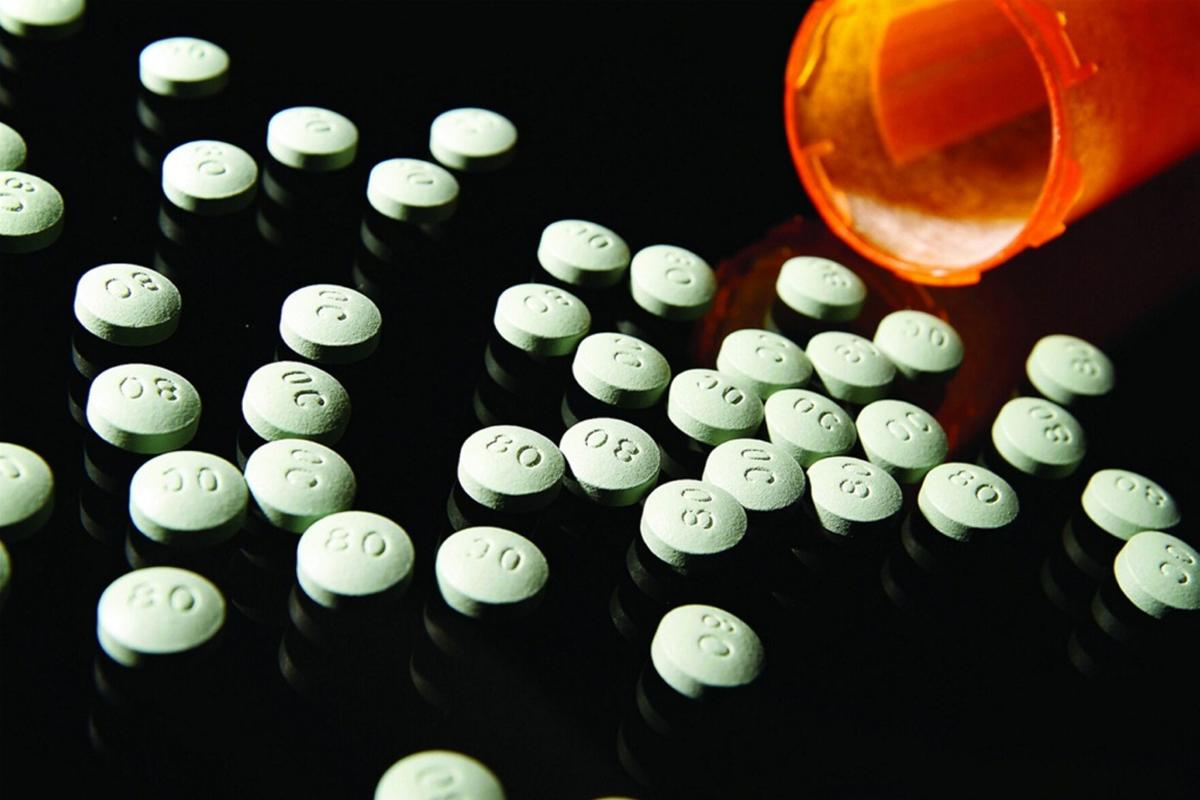 Columbia Pathways to Recovery displayed tributes to community members who lost their lives due to addiction, outside the organization’s new recovery center on Milo Street in Hudson. Contributed photo

Mindful of physical distancing requirements, the recovery resources in the Twin Counties shifted gears Monday and made their annual vigil for International Overdose Awareness Day virtual.

Local recovery groups Greener Pathways, Twin County Recovery Services, Columbia Pathways to Recovery and Youth Voices Matter-New York marked the occasion by releasing a tribute video at 6 p.m. with photos of 44 loved ones from the community who lost their lives due to addiction.

More than 67,000 fatal overdoses occurred nationwide in 2018, according to the Centers for Disease Control and Prevention. Opioids accounted for nearly 70% of the deaths.

The virtual event was a change from how the groups would have spent the day in a typical year, Greener Pathways Program Director Carl Quinn said.

“In years past, our three groups would have gone to Albany and participated in a much larger event held at the Capitol,” Quinn said.

When COVID-19 reared its head and the Albany event seemed uncertain, the groups changed their plans.

“We started planning our own local event for Columbia and Greene,” Quinn said, adding that they planned to keep it under 50 people. “It didn’t sound like we were even going to get permission for a small [event].”

The groups then moved to a virtual event, Quinn said.

Columbia Pathways to Recovery displayed tribute signs the group prepared for its annual memorial walk, which was canceled due to COVID-19, outside the recovery center on Milo Street in Hudson.

One benefit of the virtual event was that it was more inclusive, Quinn said.

Several state and federal lawmakers were featured in the tribute.

“This year, while we are physically distant, please know that the bonds of community are stronger than ever,” U.S. Rep. Antonio Delgado, D-19, said. “Today, we are reminded of the power of collective action in supporting our friends and neighbors living with addiction. No one, absolutely no one, should fight this disease alone.”

The rise in overdoses amid the pandemic signals a call to action, Delgado said.

“Overdoses in Columbia and Greene counties have dramatically increased during the COVID-19 pandemic,” he said. “Now more than ever we need to fully support addiction treatment services.”

“No one chooses to become an addict and no one wants to overdose,” she said. “Together, we need to work to make this change happen. We need to get more focus on mental health. We need to bring more resources to the recovery community.”

Assemblyman Chris Tague, R-102, agreed the circumstances of the pandemic have exacerbated the opioid crisis.

“Substance abuse and the pain it causes the community have not gone away in the era of COVID-19,” Tague said. “The virus and the shutdown and quarantine it subjected us to have actually made things worse. People have been feeling lonesome and disconnected from their support resources and this has made their situation much more dire. I am very saddened to say that overdose deaths have risen in recent months.”

More attention to the issue of substance abuse is needed, Tague said.

“There is still hope to curb this horrible rise in fatalities and it starts with all of us,” he said. “Awareness, preparedness, are what will save lives in these times. It will take all of us to let people know that this problem has not gone away.”

In-person services are resuming in the Twin Counties, Quinn said.

The clinic is open on a limited basis, Quinn said.

“[Patients] can come in and have assessments done and see a counselor one-on-one,” he said. “In the last week or so regular support meetings, which are held on a weekly basis, have opened back up.”

The lack of meetings has meant those in recovery have not been able to interact with other patients, Quinn said.

“Not having that relationship ... that’s really important for them,” he said.

Both the Hudson and Catskill locations are doing a great job at complying with safety standards during the pandemic, Quinn said.

“They have marks on floor to keep people 6 feet apart, counseling stations have Plexiglas in between the counselor and client,” he said.

Quinn hopes the return of traditional support services will cause the recent rise in overdoses to decrease, he said.

Greene County had 19 overdoses, one of which was fatal, from June 1 to July 31. During the same time period in 2019, the county had five overdoses, two of which were fatal.

Columbia County had 15 overdoses during this time frame, two of which were fatal. During the same time in 2019, the county had seven overdoses, one of which was fatal.

Overdose numbers from the month of August are still being verified, Quinn said.