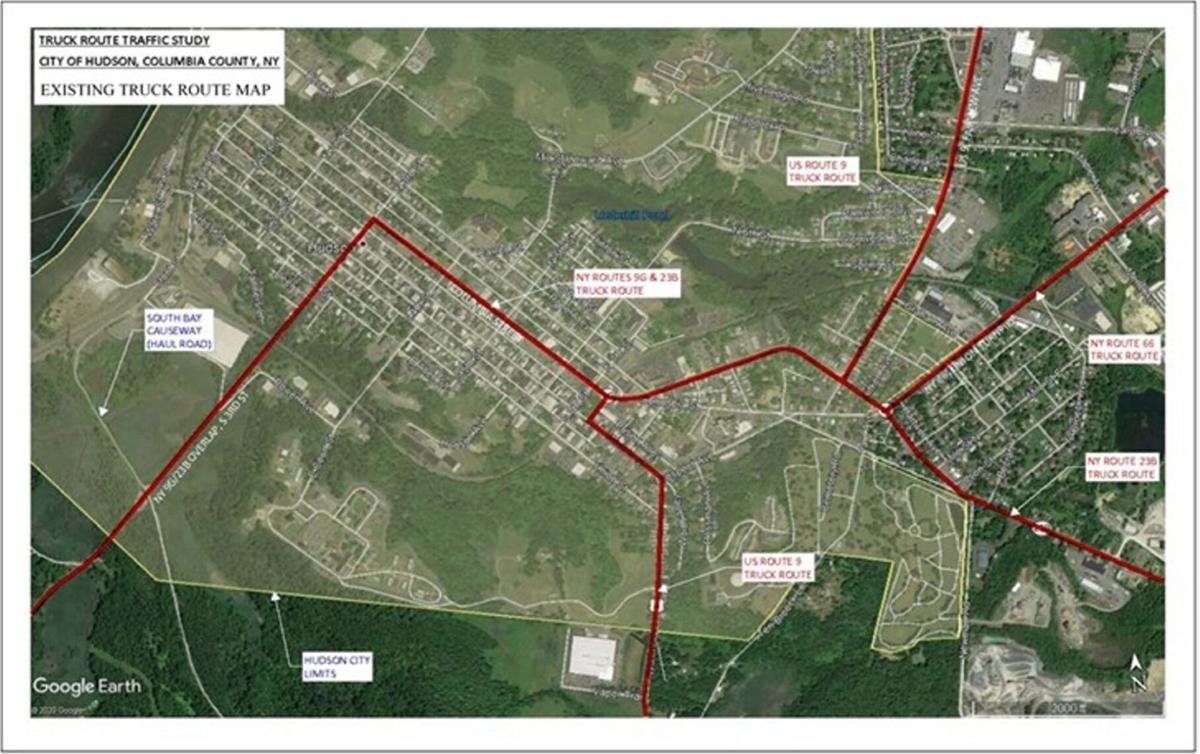 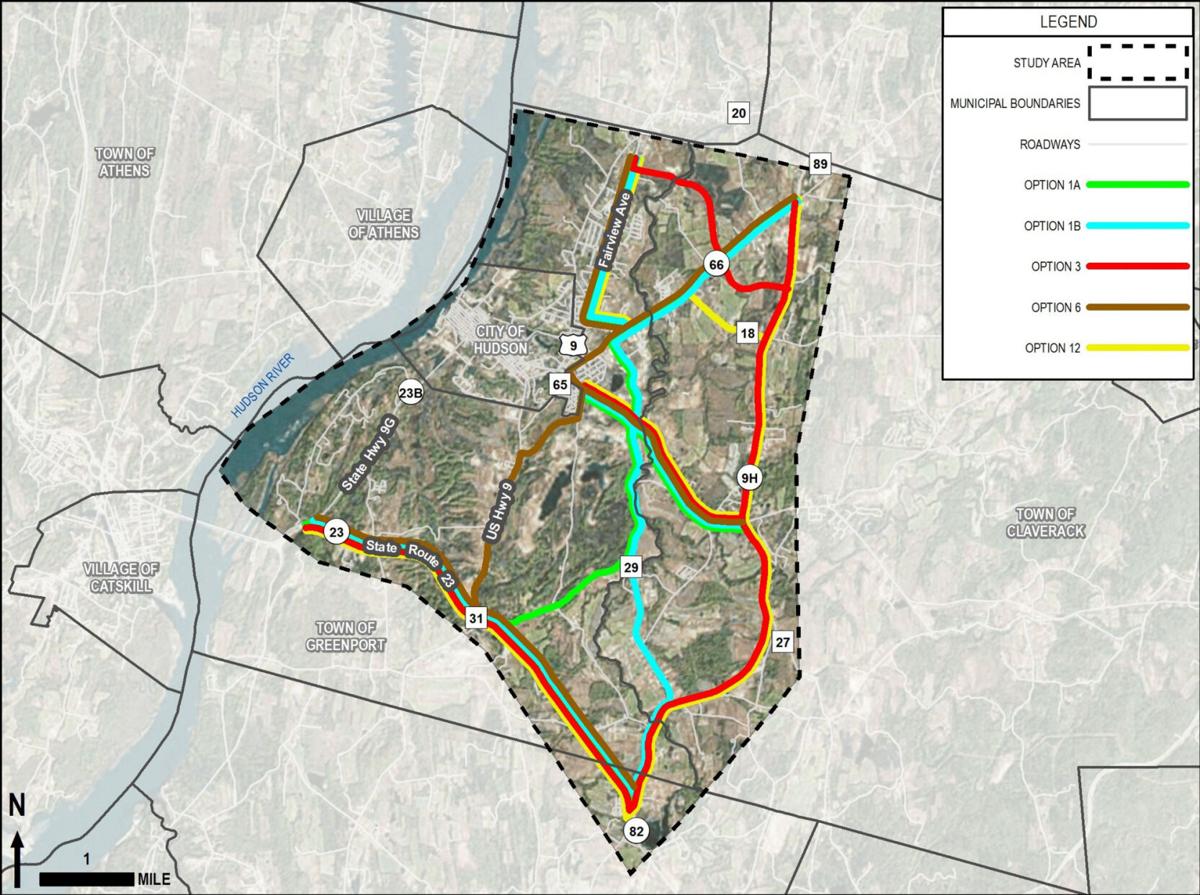 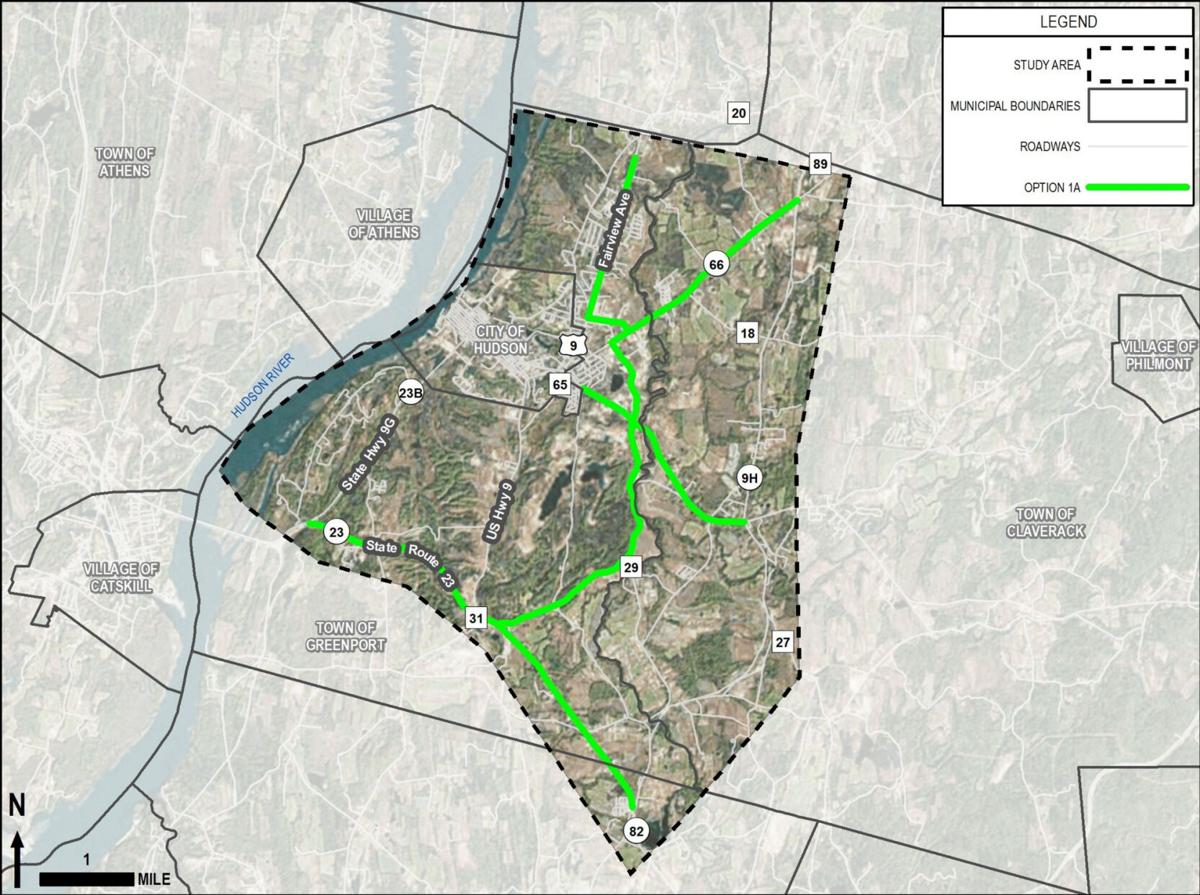 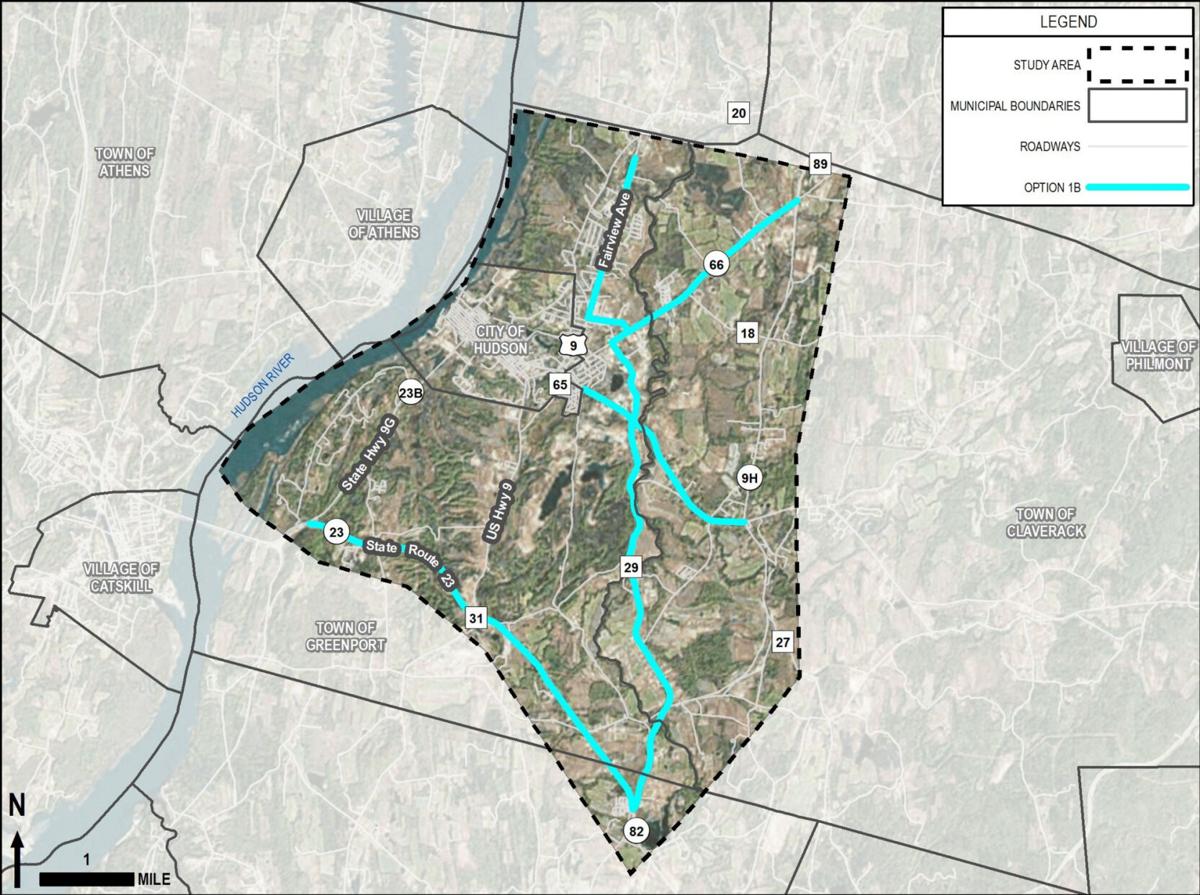 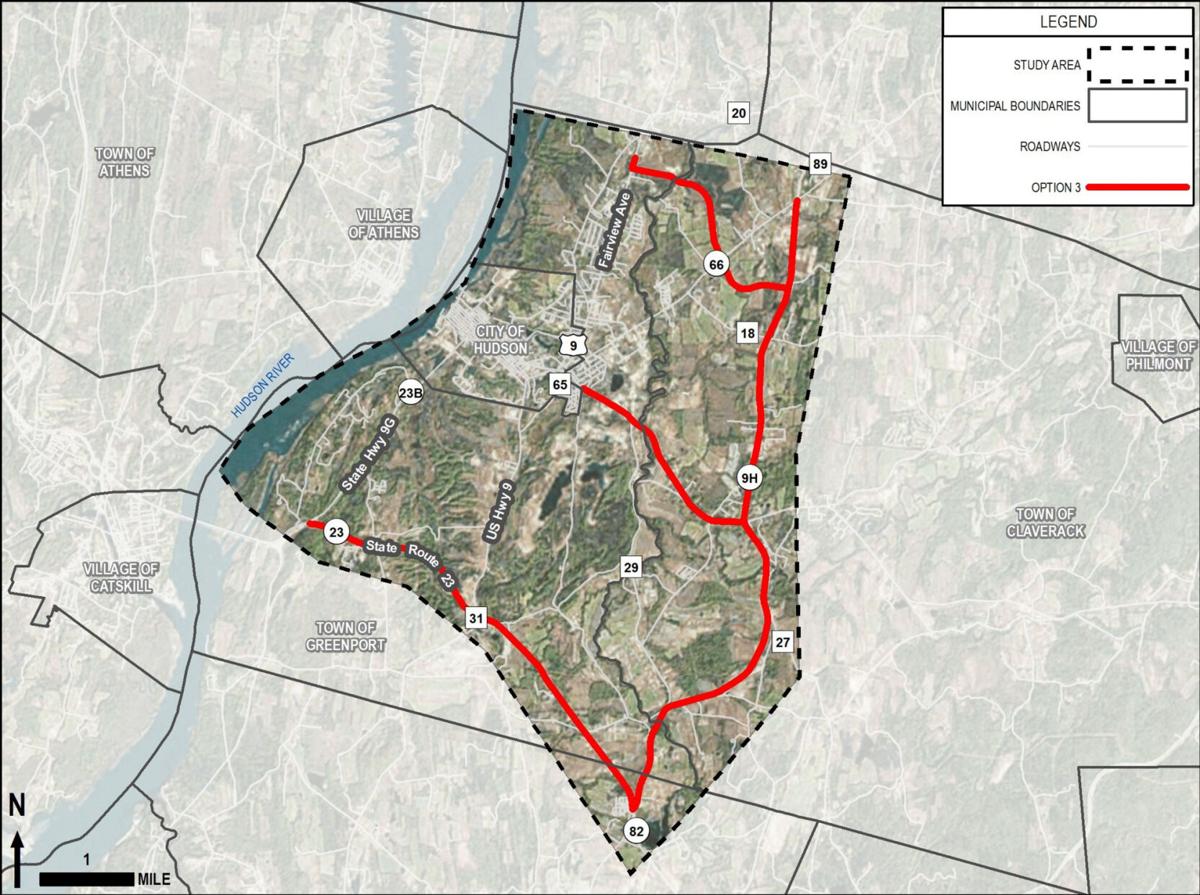 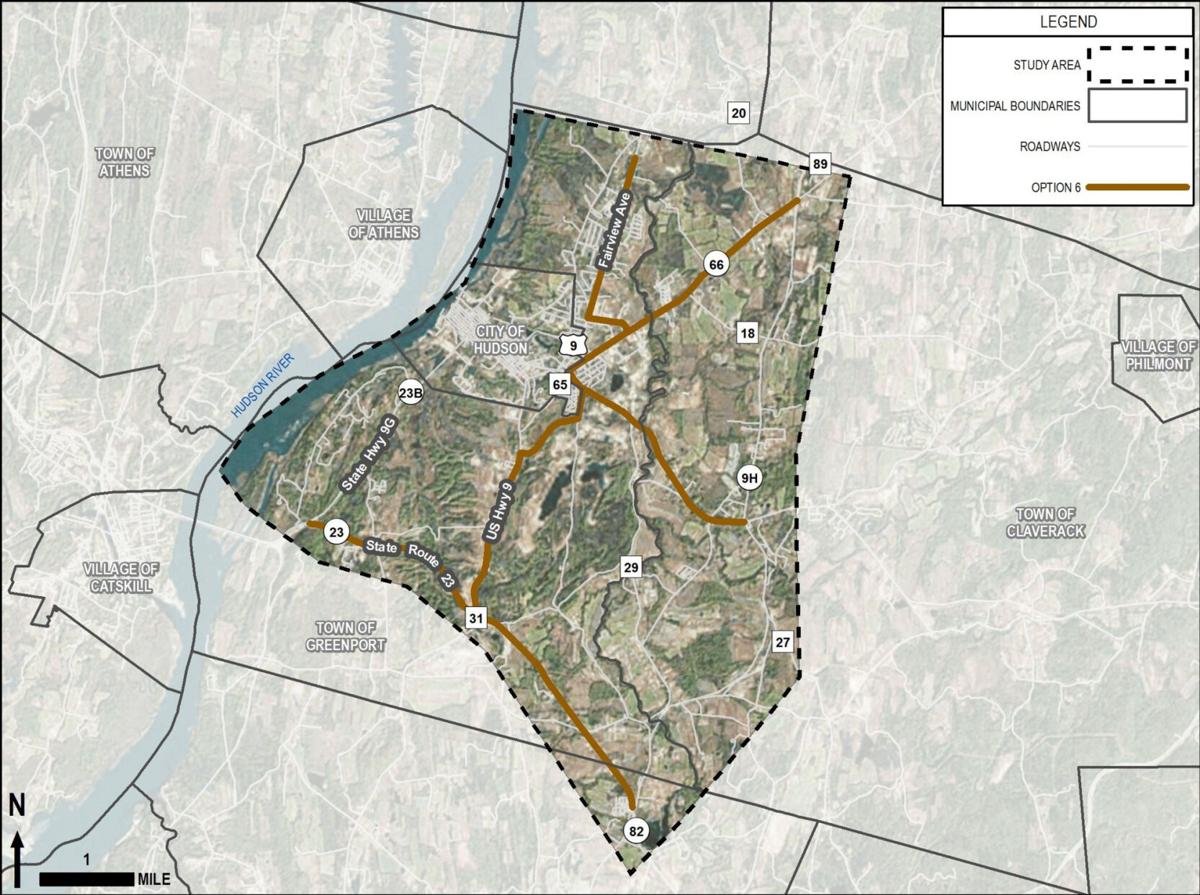 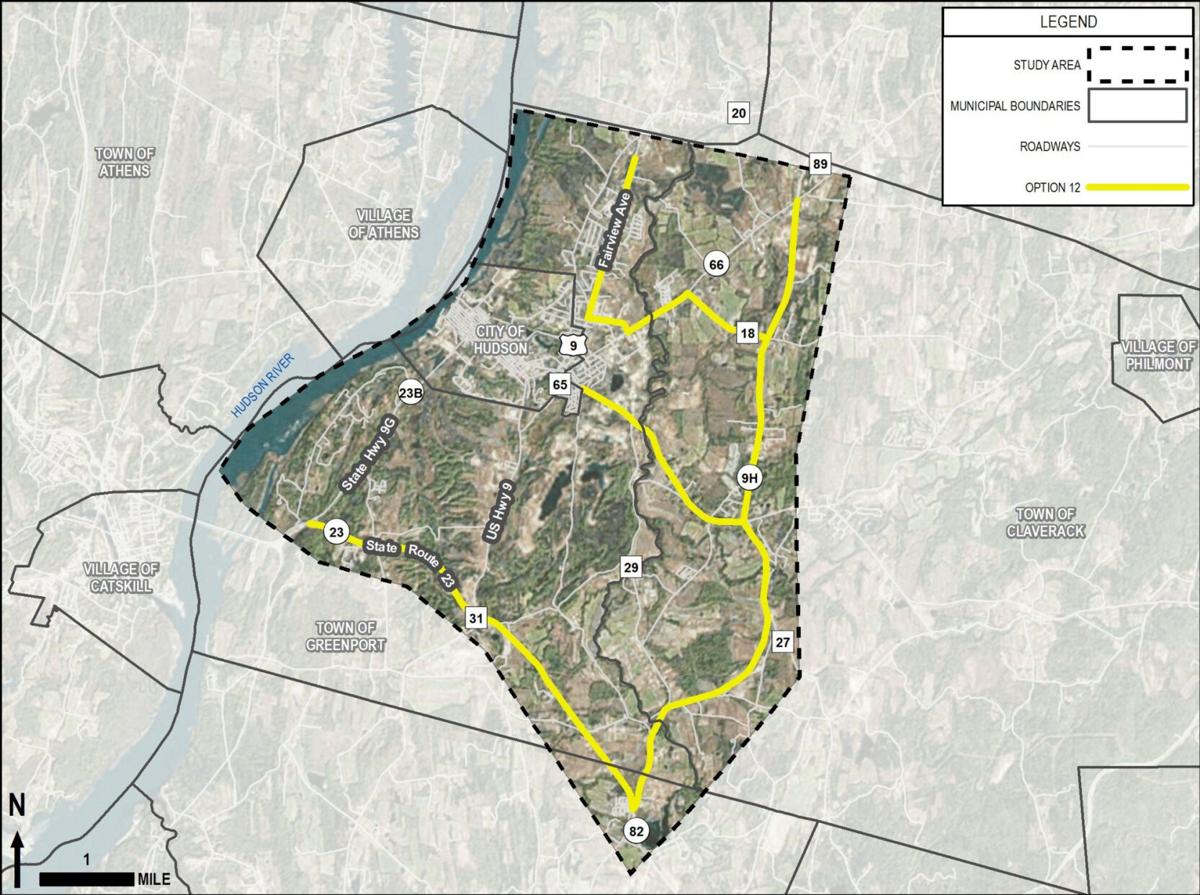 HUDSON — A survey of five alternate truck routes is available on the Hudson city website as part of the city truck study.

The city hired MJ Engineering & Land Surveying, P.C., of Clifton Park, to conduct a truck route feasibility study in conjunction with the city. The Common Council approved the contractor Sept. 15.

The study is paid for by a $100,000 budget line secured by Assemblywoman Didi Barrett, D-106, in April 2019, through the state Department of Transportation.

The city’s truck route goes through residential areas and has driven complaints about noise, dust, vibration and safety.

The new survey presents five alternate truck routes that circumvent the city out of 12 identified by the firm: Option 1A, Option 1B, Option 3, Option 6 and Option 12 (See graphic).

The firm will revise its proposed routes based on survey results and community feedback at a 6 p.m. April 27 public meeting.

The survey will be open until April 20, Mayoral Aide Michael Chameides said.

The alternate routes involve roads outside the city and would require permitting from outside entities, Chameides said.

A new truck route would likely require permits from the state Department of Environmental Conservation and the U.S. Army Corps of Engineers, according to the truck study draft. Coordination with the Federal Highway Administration, U.S. Fish and Wildlife Service, state Department of Transportation, New York Natural Heritage Program, New York State Office of Parks, Recreation and Historic Preservation, the town of Claverack, the town of Greenport, Columbia County, the town of Livingston and local businesses, residents and property owners is also anticipated.

The firm’s last survey, released in December, asked locals what they thought of the truck route in Hudson. The majority of 329 respondents responded truck traffic adversely affects the community while others accept trucks as a part of city life, according to the survey results, which were released in February.

The firm conducted an origins and destination truck study in the fall that found 47% of trucks that travel through Hudson do not have a destination in the city.

Truck drivers supply Hudson and surrounding areas with crucial goods, but the route was designed long ago, according to the city website.

“While we are thankful for hardworking truck drivers who support businesses by bringing supplies into and out of our communities,” Mayor Kamal Johnson said. “This study will help create a new solution that puts trucks where they can operate most effectively and safely: On routes that do not traverse dense residential neighborhoods.”

The survey and a draft of the truck study are available on the city website.