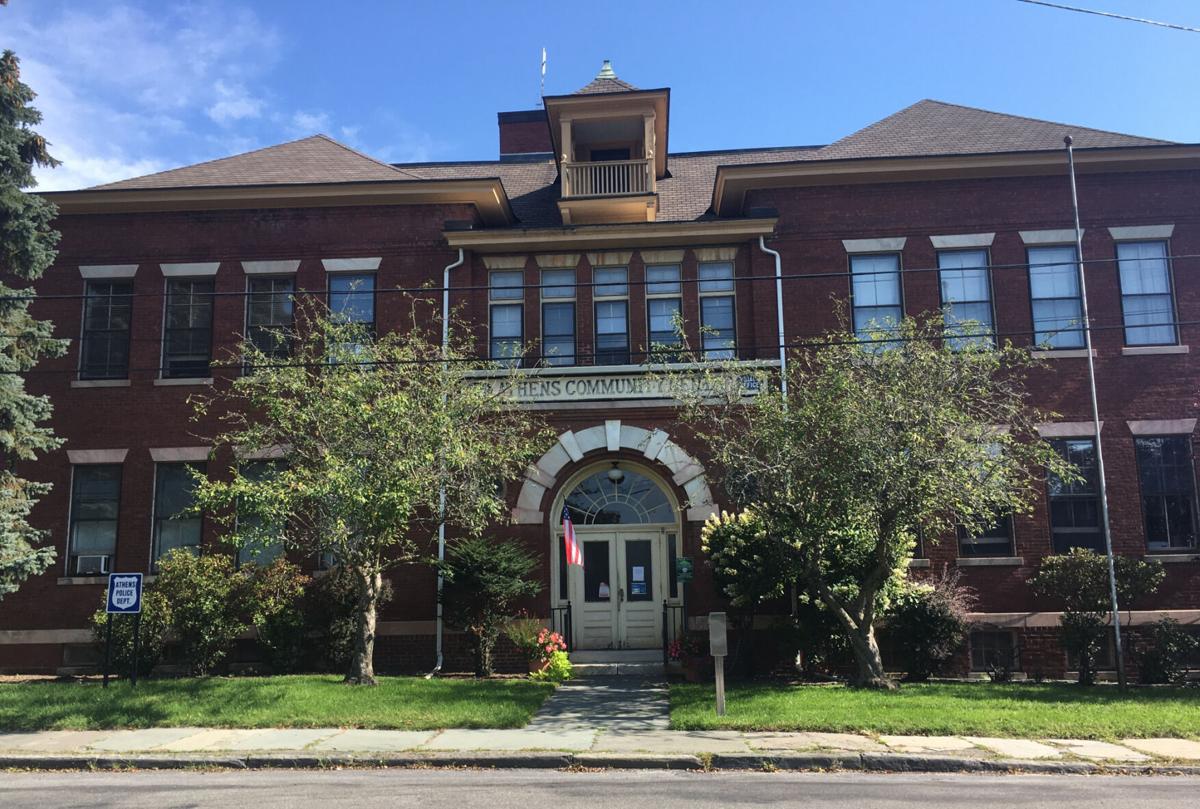 The future of the Athens Community Center drew a crowd during the town council’s meeting at the firehouse Tuesday. 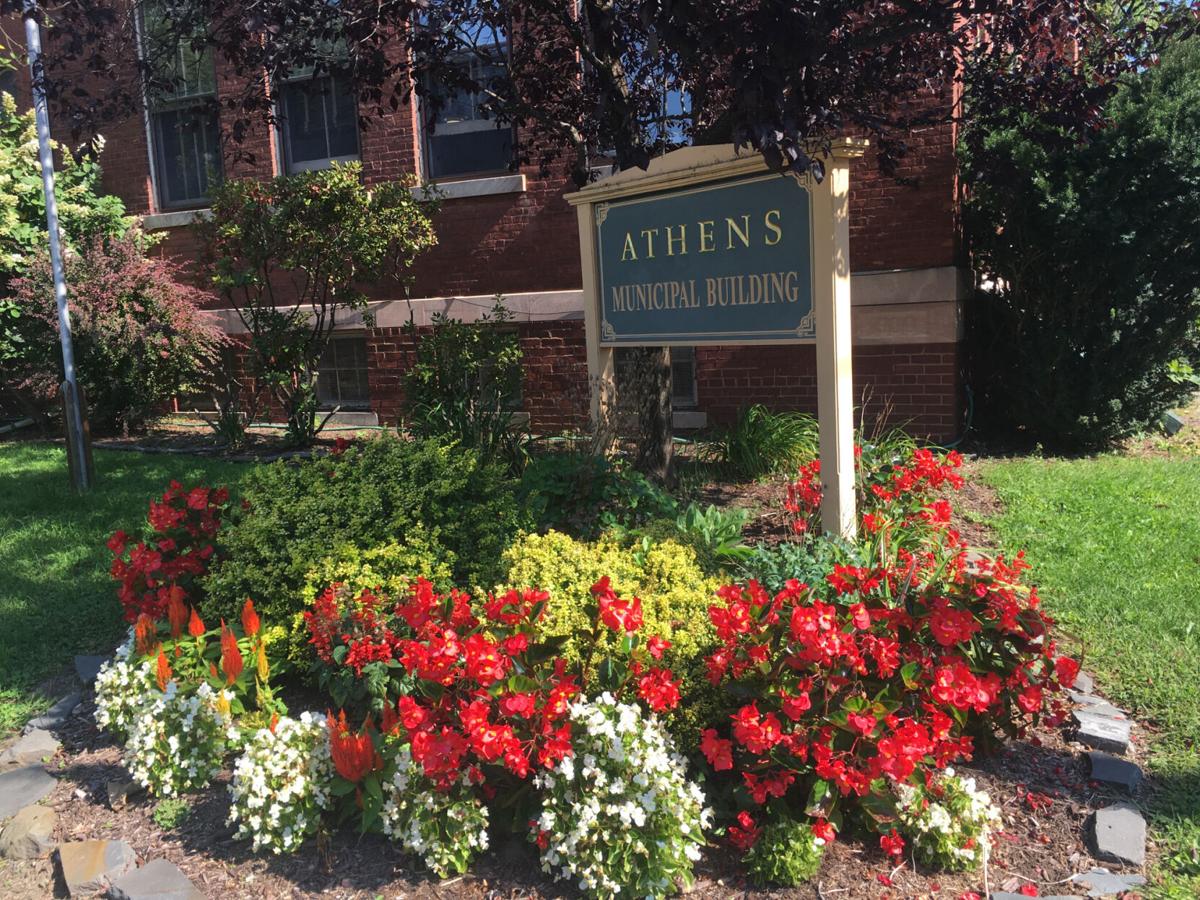 The front of the Athens Community Center, which houses the town and village offices, police station, town court and a large gymnasium. 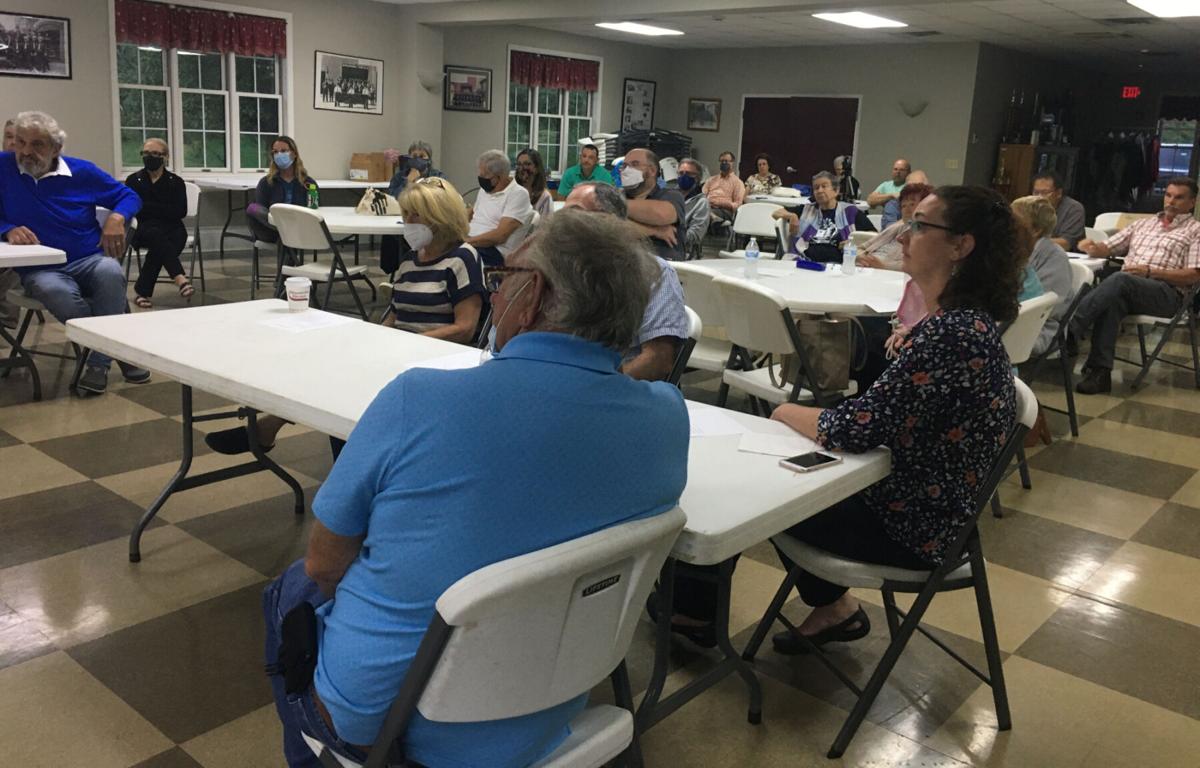 A large crowd, predominantly village residents, turned out Tuesday to learn about the future of the Athens Community Center. 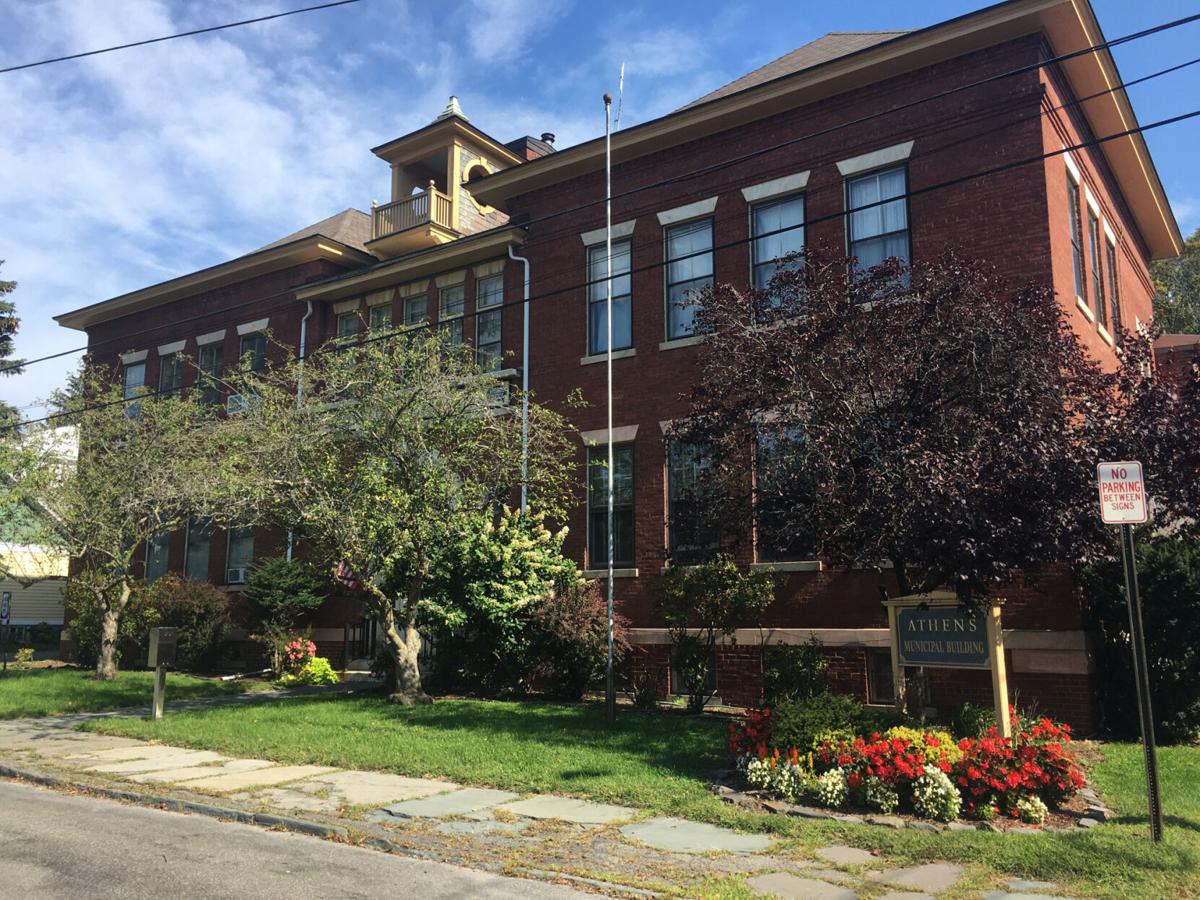 The village and town are at odds over the future of the Athens Community Center, and the village is asking residents to complete a survey about the issue. File photo

The future of the Athens Community Center drew a crowd during the town council’s meeting at the firehouse Tuesday.

The front of the Athens Community Center, which houses the town and village offices, police station, town court and a large gymnasium.

A large crowd, predominantly village residents, turned out Tuesday to learn about the future of the Athens Community Center.

The village and town are at odds over the future of the Athens Community Center, and the village is asking residents to complete a survey about the issue. File photo

ATHENS — The town council deadlocked 2-2 on a vote to rescind a 5-year-old resolution to hand management of the Athens Community Center from the village to the town, with one board member absent from the meeting.

A second vote will be taken at the board’s next meeting Sept. 20, when a full board may be present, Butler said.

“We’ll have to do it again when our fifth member is here,” Butler said Tuesday.

The Athens Community Center was the first but temporary home of Columbia-Greene Community College in 1969 before the college moved to its campus in Greenport in 1974, according to the college’s website. For years it has served as a community center, with the town and village offices, as well as the town court, village police station and a public gymnasium.

At issue is a resolution to rescind another resolution adopted by the town council five years ago that would have turned management of the building over to the town.

But for the past 20 years or so, the town council has been considering moving the town offices to another location and constructing a new building, leaving the community center solely in the hands of the village.

“From the village standpoint, obviously we want to move ahead with what was in place,” Village Mayor Amy Serrago said. “When I first became a trustee, it was already past due to turn the building over. It was supposed to happen in late January of 2019. I think the community is behind us sharing the building, rehabbing the building, making it what it could and should be.”

Serrago urged the town council not to rescind the old resolution and move ahead with the town taking over the building.

“Our comprehensive plan specifically states that people want to see a shared facility for the town and the village,” Serrago noted. “I know it’s an investment, but I think the building and the community are worth making that investment.”

The town has been in arrears on rent for the space it occupies in the building and for cleaning costs since 2019, the mayor added.

“I guess it will come down to our vote at the next meeting,” Butler said. “If we end up going somewhere else, will you come after us for the lease and utilities? If we stay, is it just the utilities? We can meet on that, but I think a lot of it comes down to what happens at our next meeting.”

Most of the people at Tuesday’s meeting are in support of keeping the town and village offices in the same building, Serrago said. She conceded that the building needs a lot of repairs, but said the two municipalities working together could handle it.

“In a previous comprehensive plan in 2003, almost 80% of people who voted thought they should stay there. In the last comprehensive plan, that specific question was not asked,” Butler said. “However, the sentiment put in the comments was that they wanted to see the two municipalities stay together.”

Several people in the audience wanted to know the cost of both renovating the existing building and building a new town hall.

The town does not have cost estimates at this time, Butler said.

The first step in the process is to determine if the town offices should stay where they are and renovate the community center, or construct a new building.

The community center building is owned by the Coxsackie-Athens Central School District, but as long as it remains a community center, the village is currently responsible for it.

“There is a covenant in the deed that we cannot sell the building,” Village Trustee Gail Lasher said. “It must remain a community building.”

The town paid a consultant several years ago to evaluate the existing building.

The structure is in need of extensive repairs, said Village Trustee Michael Ragaini, who voted to rescind the earlier resolution.

Windows need to be replaced and made energy efficient, and there are 80 windows in the building, he said.

“It’s quite an expense to get insulated windows and historically correct, because it sits in the middle of the historic district,” the town councilman said.

Asbestos abatement is needed and would also be pricey, and the gymnasium has mold, with water leaking into it, he said. The town court also needs to be upgraded and the building needs an elevator to be made handicapped accessible, he added.

“The town, to me, needs a modern town hall,” Ragaini said.

The town should also consider the needs of town residents, Ragaini added.

“For over 20 years, the town has been talking about building their own town hall,” he said. “The town of Coxsackie, the town of Catskill, they all have their own separate buildings. There are a lot of people in the town and I think they deserve something, too. There are areas of the town that are 14 miles away from this building, so it’s quite a distance for people out in the town who have to travel to do business.”

He recommended the village build a new village hall, as well.

“I just don’t see how building two new buildings is more cost efficient than renovating a building we already have,” Serrago said.

Building a new structure is cheaper than renovating an old one, Ragaini said.

“Any contractor can tell you that,” he said.

Several individuals in the audience pressed the town council on coming up with a cost for either renovating or building from scratch.

“We are not voting on a project. We are voting on which direction to go with the project. It has nothing to do with cost right now,” Butler said. “How do we get a cost estimate? I spend $300,000 on an engineer for him to tell me how much he thinks it is going to cost. That is just an idea.”

Butler, who works in construction, said an estimate may not reflect the actual cost of the project.

“At this point, all we are doing is looking at whether we should move in one direction or another,” he said.

The town council is expected to vote again at the next board meeting Sept. 20.

Former Mayor Smallwood, Maybe the Town should be afforded the cheap rent charge to

the artist on the second floor. According to this article the lease agreement seems a bit excessive don't you think. All that money for what, does the current condition warrant such a high amount? Seems like to me that the Village uses the Town as a good source of revenue.

Remember, people who have things to hide shouldn't throw stones. I believe you were Mayor when a piece of property listed as a Village Road was abandoned, split in half and then given away for the sale price of $0.00 to one property but not the owner on the other side. Not to mention the Village Board was directed by the Attorney at the time that these people would only be granted an easement on this property. When he retired, the new Attorney on your approval drafted up the sale and then gave it away for $0.00.