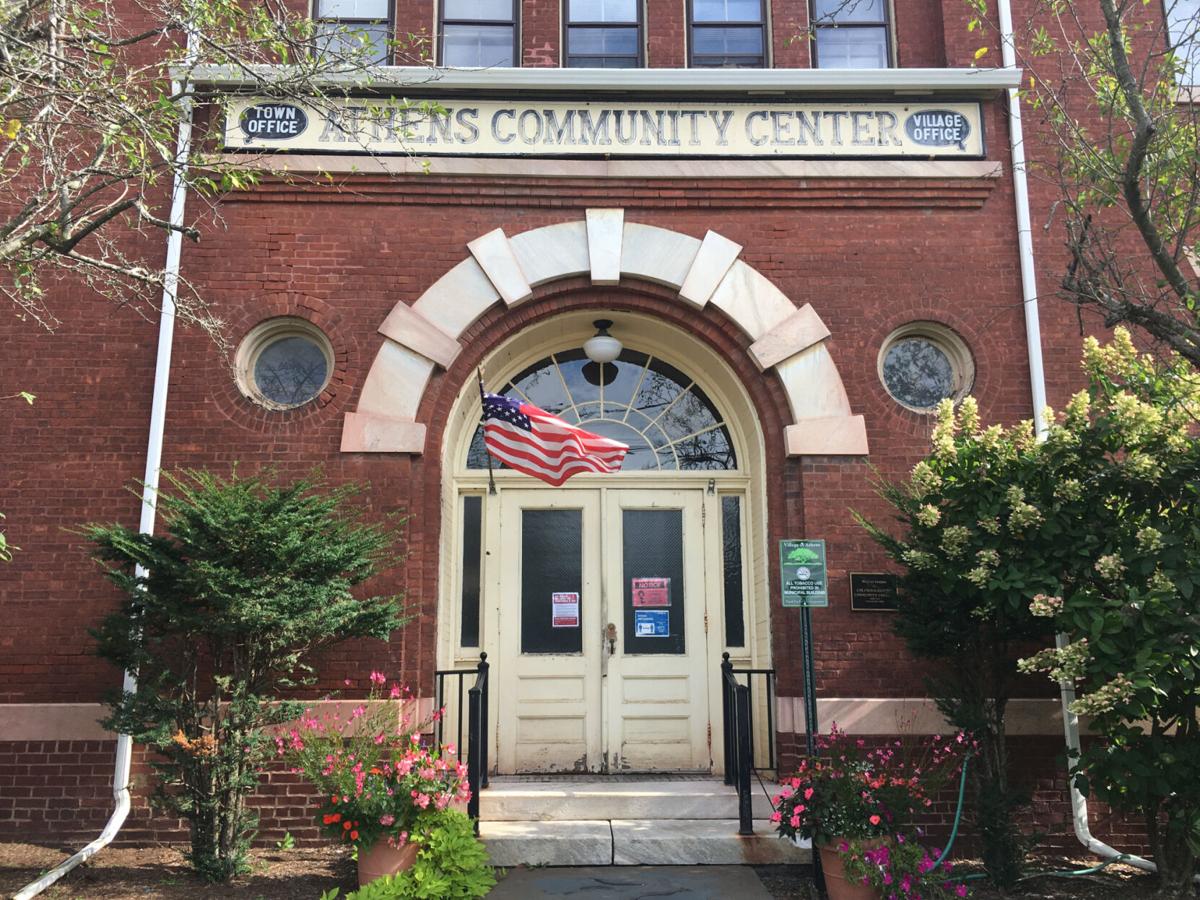 The Athens Community Center is at the center of a controversial decision over where the town offices should be housed. Melanie Lekocevic/Columbia-Greene Media 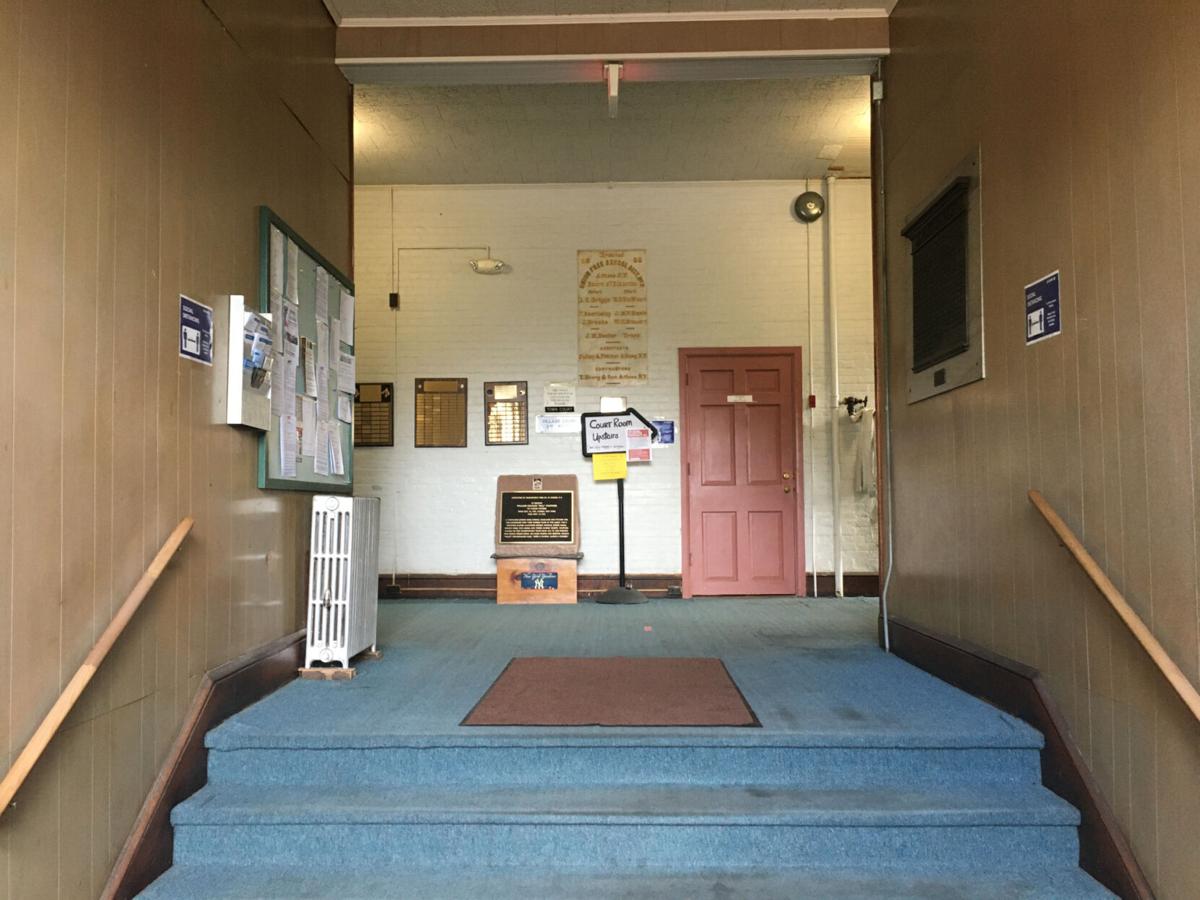 The entry to the Athens Community Center. Melanie Lekocevic/Columbia-Greene Media 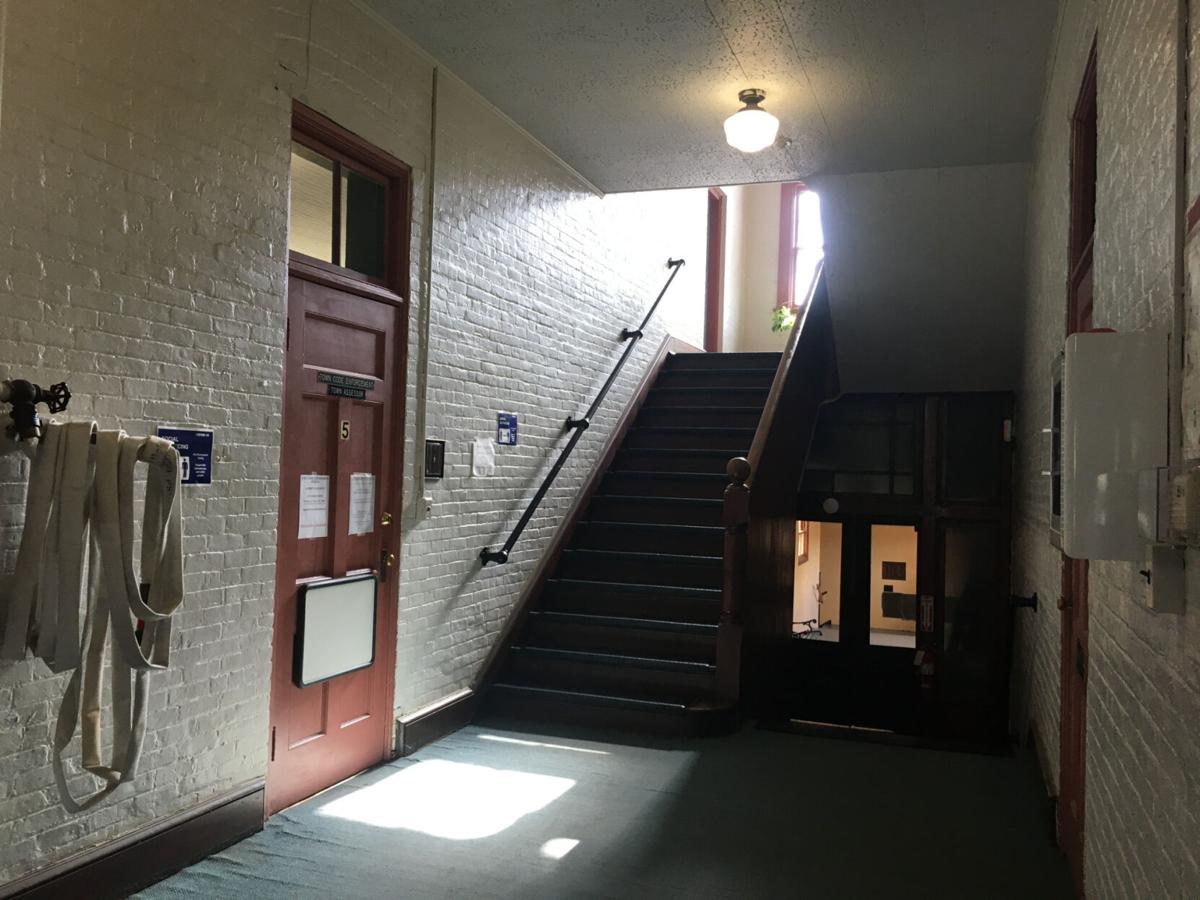 The Athens Community Center is at the center of a controversial decision over where the town offices should be housed. Melanie Lekocevic/Columbia-Greene Media

The entry to the Athens Community Center. Melanie Lekocevic/Columbia-Greene Media

ATHENS — The town board is issuing a Request for Quotation to get a better idea of what renovating the Athens Community Center building would cost.

The building, 2 First St., is in need of extensive repairs and the town is considering renovating the existing space or building a new town hall. The structure houses town and village offices, the village police station and the Athens Museum.

Board members reached a 2-2 impasse at the Sept. 8 meeting, with one member of the town council absent. A second vote was expected to take place this week, but with two council members absent at Monday’s meeting, the vote was postponed.

“We will not entertain that vote because we only have three board members here tonight,” Town Supervisor Robert Butler said. “That portion will have to get pushed back, maybe until the next meeting.”

In the meantime, though, town officials decided to put out the Request for Quotation, or RFQ, to get an estimated cost on a renovation project for the old building.

The RFQ would not include an estimated cost of constructing a new town hall.

Butler said he was not in favor of getting a new quote from an engineer because a firm had done a conceptual plan on the existing building in 2017 to determine the structural integrity of the building and to see if the town’s space needs could be met.

A cost estimate would only be just that — an estimate — and the costs could change considerably without a full building design, which would be pricey, Butler added.

“With that report, there were no figures on there,” Ragaini said. “I would like to get an engineering firm, possibly the same one, to put together some numbers because at the last meeting, and after the meeting, there were a few people who said the next step is to get some numbers to see where we sit with this project.”

The conceptual plan was a feasibility study for the existing building and no official estimates were included in the report, Butler said.

At the end of the town council meeting Monday, Butler gave the audience the opportunity to voice their concerns on the issue. Former village mayor Chris Pfister said cost estimates are needed before the town moves forward.

“This is a major decision, probably the biggest decision this board or any other town or village board, has ever made,” Pfister said. “I appreciate what you are saying about it being hard to get an engineer to put something in writing, but we are asking you and you are asking us to sign off on this very important project and you really don’t have any financial guidance whatsoever.”

The engineering firm that developed the conceptual plan did provide a ballpark figure back in 2017, but that estimate included an addition between the existing building and the community center’s gymnasium, which added about $700,000 to the price, Butler said. That addition might not be necessary, which would change the cost of the project substantially.

At the same time, the estimate did not include other costs, such as millwork and furniture, that would be part of the bid but was not included in the estimate, Butler added.

Butler declined to give the estimate in the conceptual plan. He reiterated his own position on the issue.

“Personally, in my opinion, I would stay where we are,” he said. “Yeah, it’s more money, but we are in a building that is 120 years old that has square windows, a plumb roofline, the structural integrity is there. Structurally, the only thing that needs to be done to the main building is the roof needs to be beefed up. Or, you cut back and save money building a building with a 25-, 30-year life expectancy that by the time you pay off the bond, you are going to be right back in the same position and dump a ton of money into it.”

The community center — once a temporary home to Columbia-Greene Community College in its early years — is vital to the life of the village, Pfister said.

“It’s an extremely important building and it’s the center of the village and ties the town together with the village,” Pfister said. “To see that disappear and become an eyesore because the village certainly doesn’t have the resources to tackle that kind of a job — to take that kind of complex project in hand, there is no way they have either the personnel or the money to do this.”

Village Trustee Joshua Lipsman pointed out there could be funding available to help pay for renovation of a historic structure.

“There could potentially be state money available for preserving and protecting a historic building to offset some of the costs that might not be available to the town to build a new building out on [Route] 9W,” Lipsman said.