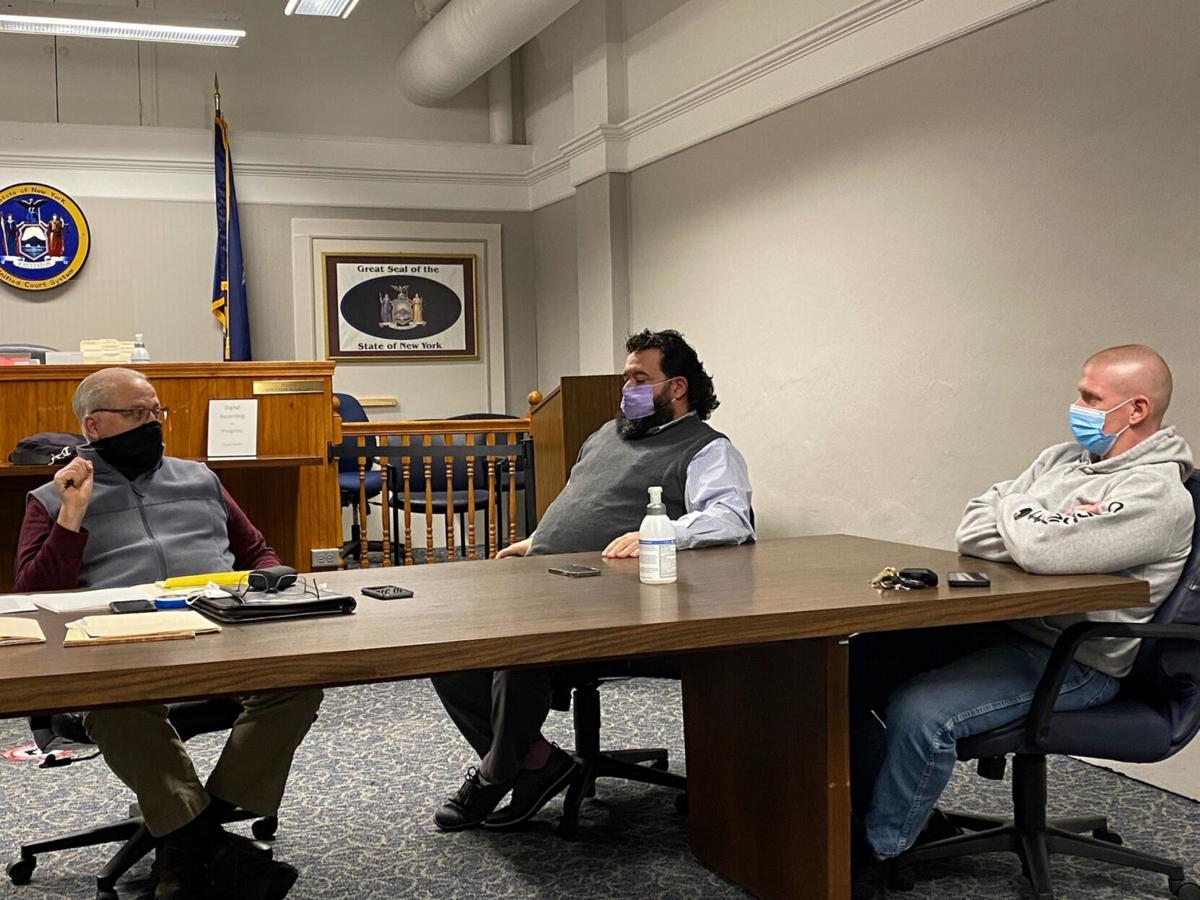 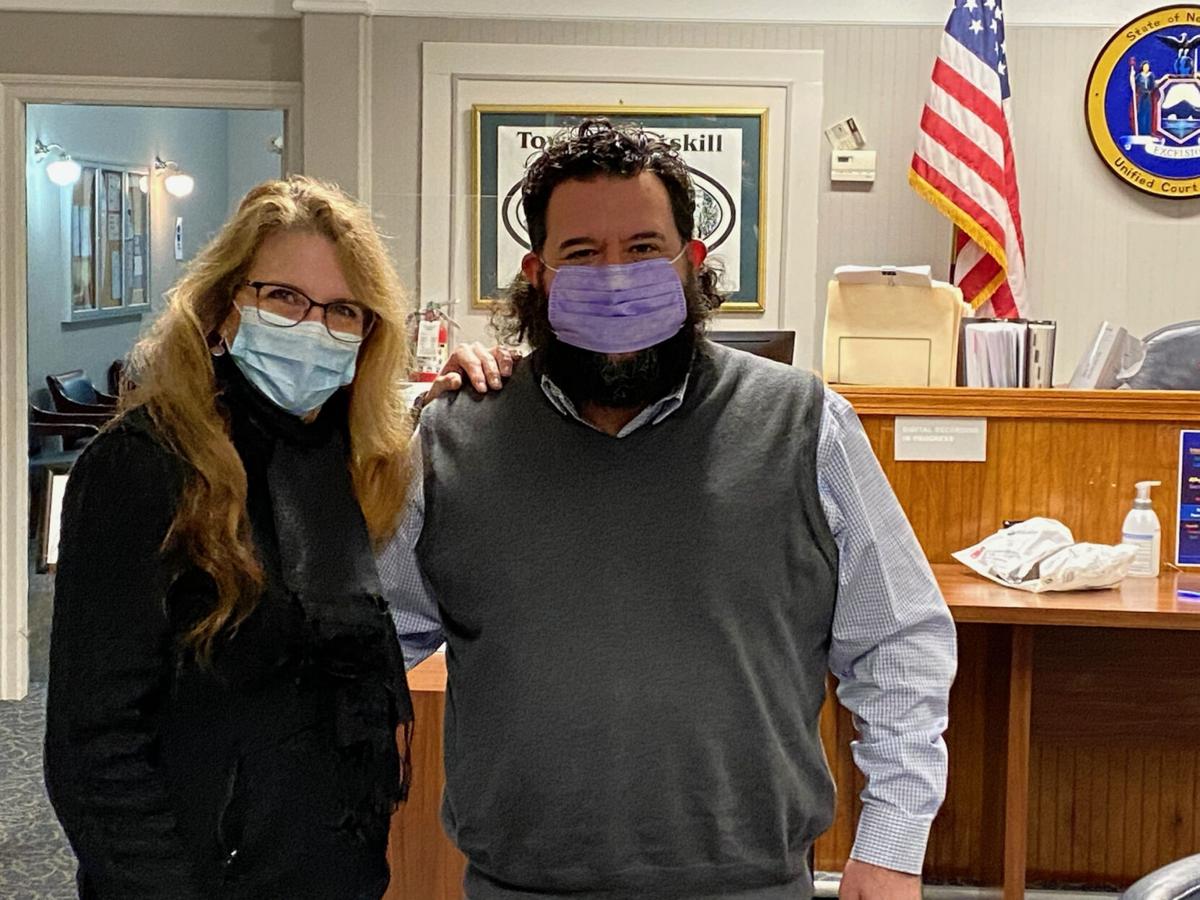 CATSKILL — With an end-of-year deadline mandated by the state for a decision on allowing cannabis dispensaries and lounges in municipalities across New York, the Catskill Town Board opted out of permitting lounges in a special meeting on Dec. 29.

The board on Dec. 7 passed a resolution to allow cannabis dispensaries in the town, but the council ultimately decided that on-site marijuana usage lounges were a step too far.

When the state legalized cannabis in September for adults 21 years or age or older, municipalities were informed that they had until Dec. 31 to opt out of allowing dispensaries or lounges inside their borders. Taking no action would allow both options in perpetuity, while municipalities are allowed to opt back in at a later date if they chose to bar lounges or dispensaries.

Following the board’s Jan. 4 meeting, Town Supervisor Dale Finch said he didn’t have enough information about the lounge regulations from the New York State Office of Cannabis Management to allow them at this time.

“To me it was like signing a contract without being able to read what was in that contract,” he said. “In my estimation the cannabis board has the cart ahead of the horse. I just didn’t feel comfortable entering into a long-term deal. You can always opt in later. If we had gone ahead and said you could have lounges here today, it’s a forever situation. I’d just really like to read the fine print and the cannabis board hasn’t really given us enough rules and regulations.”

The board voted 3-1 during the Dec. 29 meeting to opt out of lounges, with Finch and Town Board members Patrick McCullough and Paul Vosburgh voting yes on the measure. Town Councilman Jared Giordiano was opposed. Councilwoman Dawn Scannapieco was absent.

While he voted to allow the lounges, Giordiano said he understood the issues his colleagues had with approving them.

“I think at the end of the day the biggest concern was the fact that the state has not set forth any guidelines,” he said on Tuesday.

Finch said he liked the model that Massachusetts has adopted with limited cannabis pilot programs in a select number of municipalities to test policies before broadening them out to the whole state.

“New York is just opening it up a little too quickly in my opinion,” he said on Tuesday. “We might end up being in a reactive state if those lounges and cafes don’t really work out or look the way we anticipated.”

Under the state cannabis law, a local excise tax of 4% will be imposed on the retail sale of marijuana with 75% of the revenue earmarked for municipalities, while 25% will go to the counties where the retail shops are located.

Given Catskill’s location, Finch said he thought the town was poised to capitalize on cannabis retail sales.

“We’re in favor of cannabis so we passed a resolution in favor of dispensaries in Catskill,” Finch said. “I think we’re on the right track with that. We’ve got some good locations with the bridge approach and Exit 21 (off the New York State Thruway), which is highway commercial. I think we’re in a position where we can capture the revenue if that revenue comes into our area. I think we’re in a good position for that.”

Finch said there are myriad job possibilities available with the cultivation and sale of cannabis products.

“There are a lot of things that go along with it with the economic development and jobs,” he said. “We’ll still have dispensaries. We could do product manufacturing, you have retail. People could be delivery operators, cultivators. We have farmland and people could cultivate outside if they wanted to put up greenhouses. So I think we took a good step in the right direction by allowing dispensaries and the jobs that come with that are still available in Catskill.”

No outside business groups have yet to approach the town about establishing a cannabis retail shop in Catskill.

“None that we’re aware of,” McCullough said.

“The businesses are waiting for the rules, too,” Giordiano added.

During Tuesday’s regularly scheduled board meeting, the board discussed impending changes to the town’s zoning laws, including potential new regulations on short-term rental properties such Airbnbs.

The town has no laws on the books regarding short-term rentals. McCullough, who is a firefighter, said it has become a safety issue for first responders who show up at a rental property and have no idea how many people are inside.

“It’s very frustrating going into a residence that you don’t know is a short-term rental,” he said. “You have no communication and no way to get a hold of the owner for emergencies. I think we need a little more teeth on the books for that.”

McCullough contended during the meeting that at the very least the town should require renters to register with the town and supply emergency contact information.

Finch said it was overdue for the town to have short-term rental rules on the books and that Airbnb rentals in the town have exploded since the pandemic began in spring of 2020.

“We had a situation not that long ago where we had a six-unit building and the fire departments were there and they didn’t know if the six units were all occupied or three of them were occupied,” he said after the meeting. “There was no owner on premises and time is very valuable in a spot like that. So shouldn’t it be like a hotel where you have to sign in and then it’s posted so emergency services would know who’s there?”

Finch said the process to amend the zoning laws will take several months to play out, with a March target date to adopt the zoning changes.

“Our planning board and zoning board has been working with the town attorney on changes that they felt were needed,” he said after the meeting. “They’ve had multiple meetings on this already. At this point the town board will meet with the town attorney to get our viewpoints and see if there’s any changes that we would like to make. Once we have a final draft document then we’ll have public hearings.”

The board may also explore making changes to its solar law zoning to account for improvement in renewable energy technology.

“It could be a tweak,” Giordiano said after the meeting. “As the systems get more sophisticated, our law is a couple of years old now and you can produce many more kilowatts on your roof than what our zoning law originally had. Back then it was 10 kilowatts and you could become a commercial producer. So we have to adjust that now. The system I’m looking at for my house produces 14,000 kilowatt hours. So technically we have to adjust our thinking because the technology has gotten so much better.”