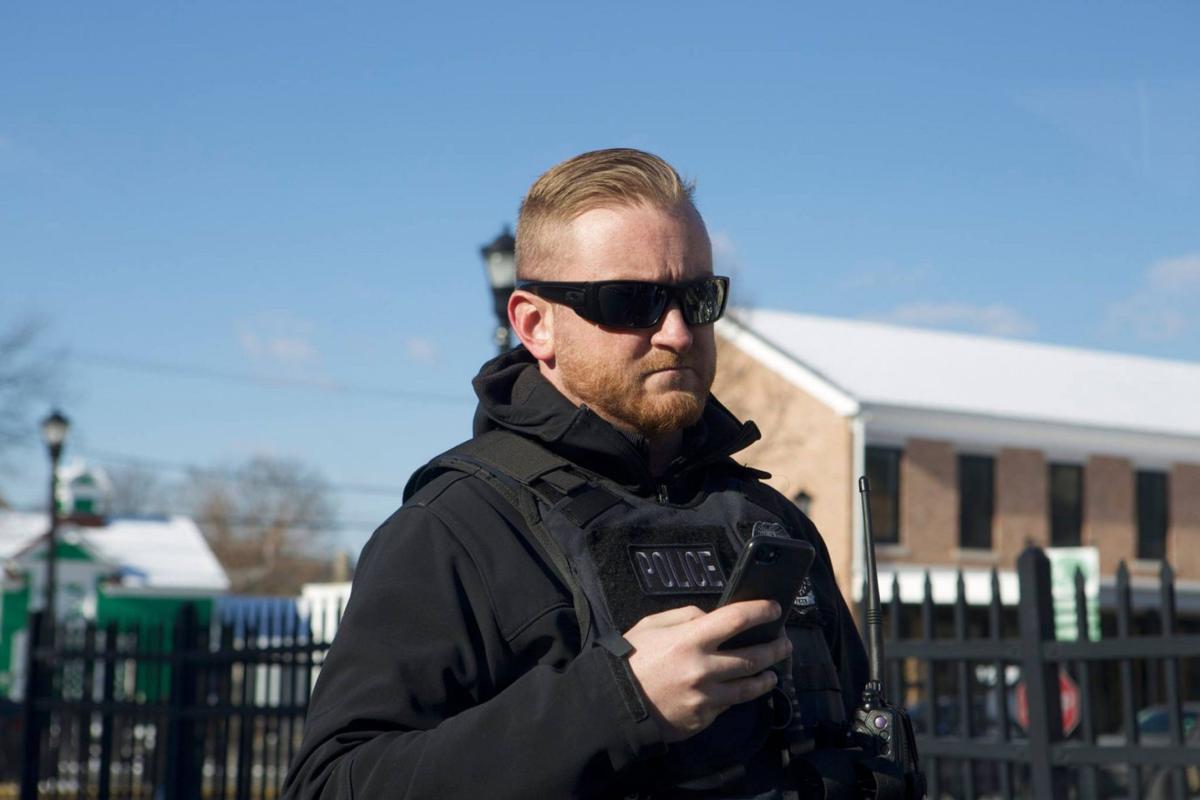 Courtesy of Bryan MacCormack of Left in Focus Immigration and Customs Enforcement agents attempted to detain two people on Fifth and Warren streets in Hudson. 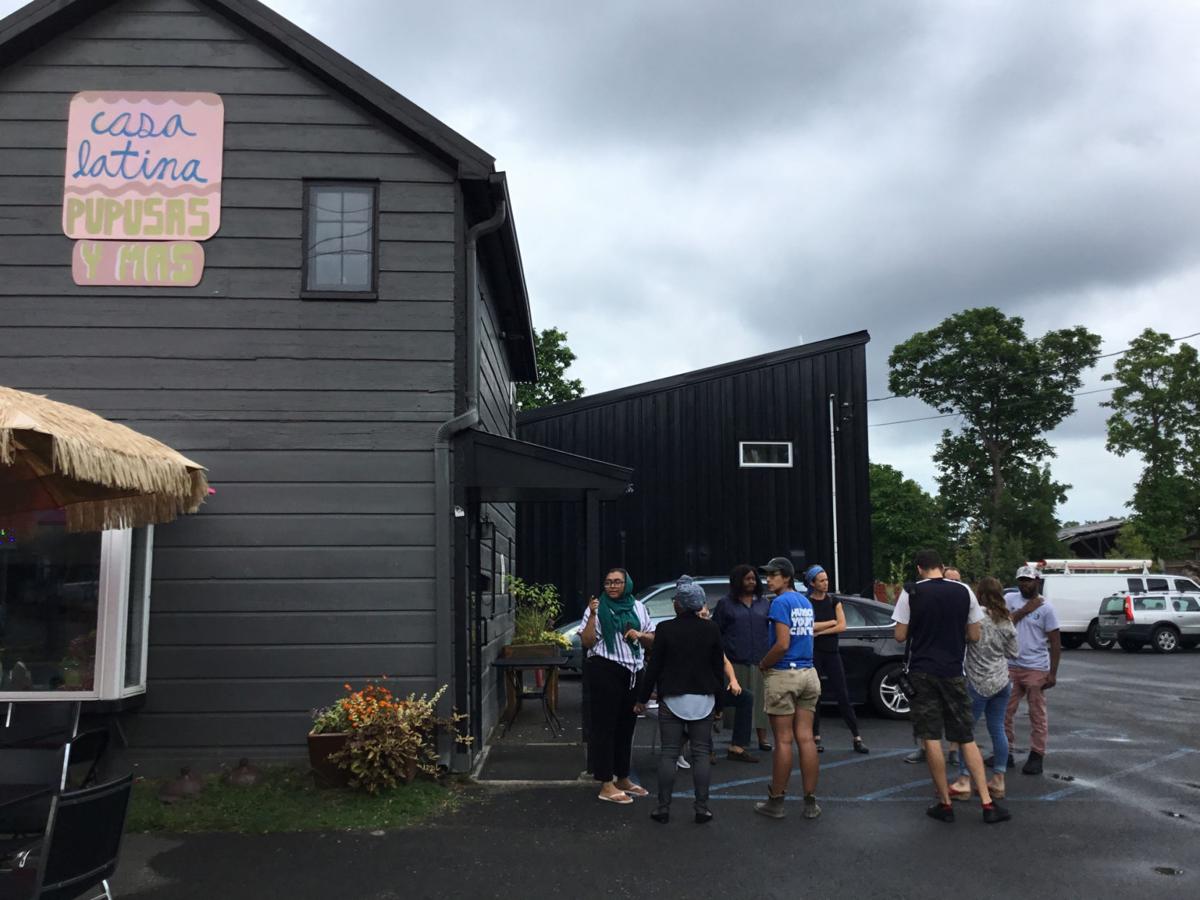 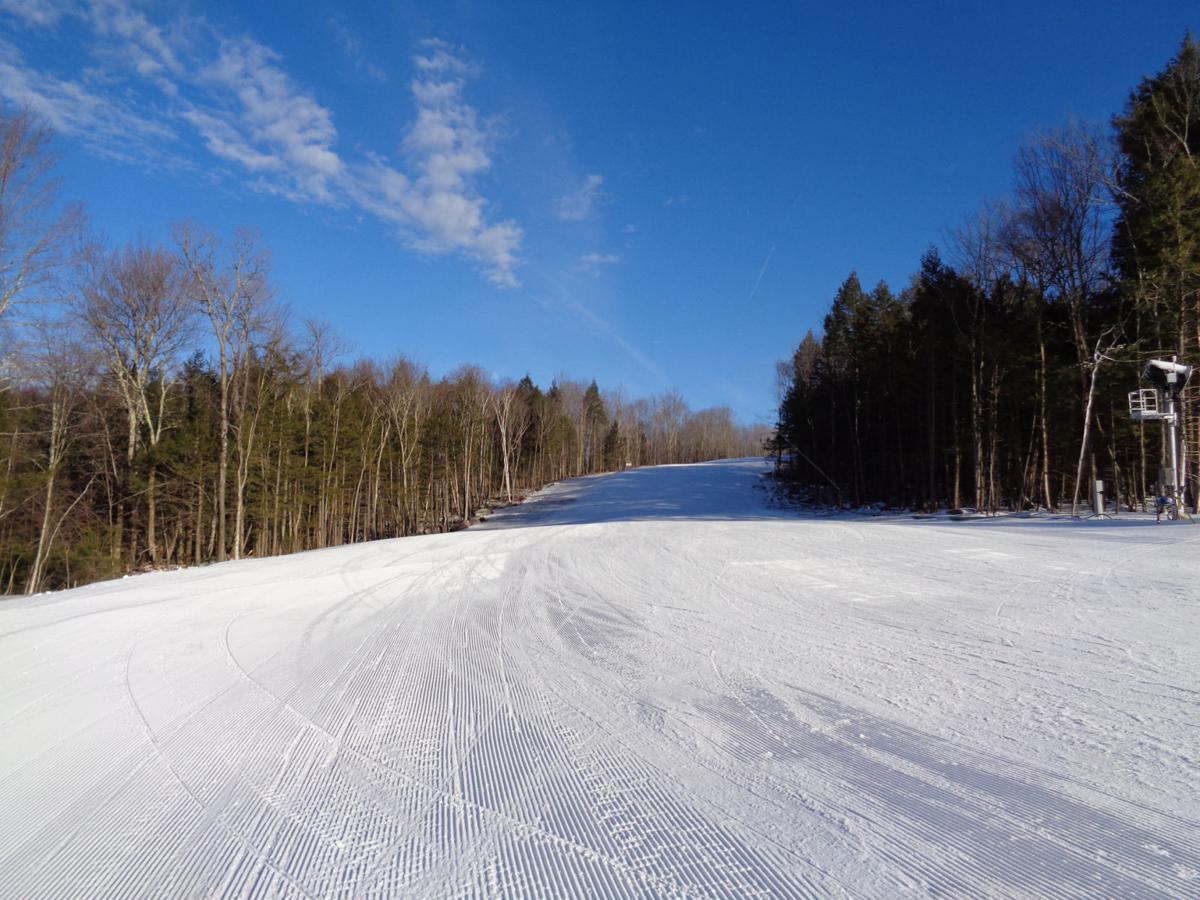 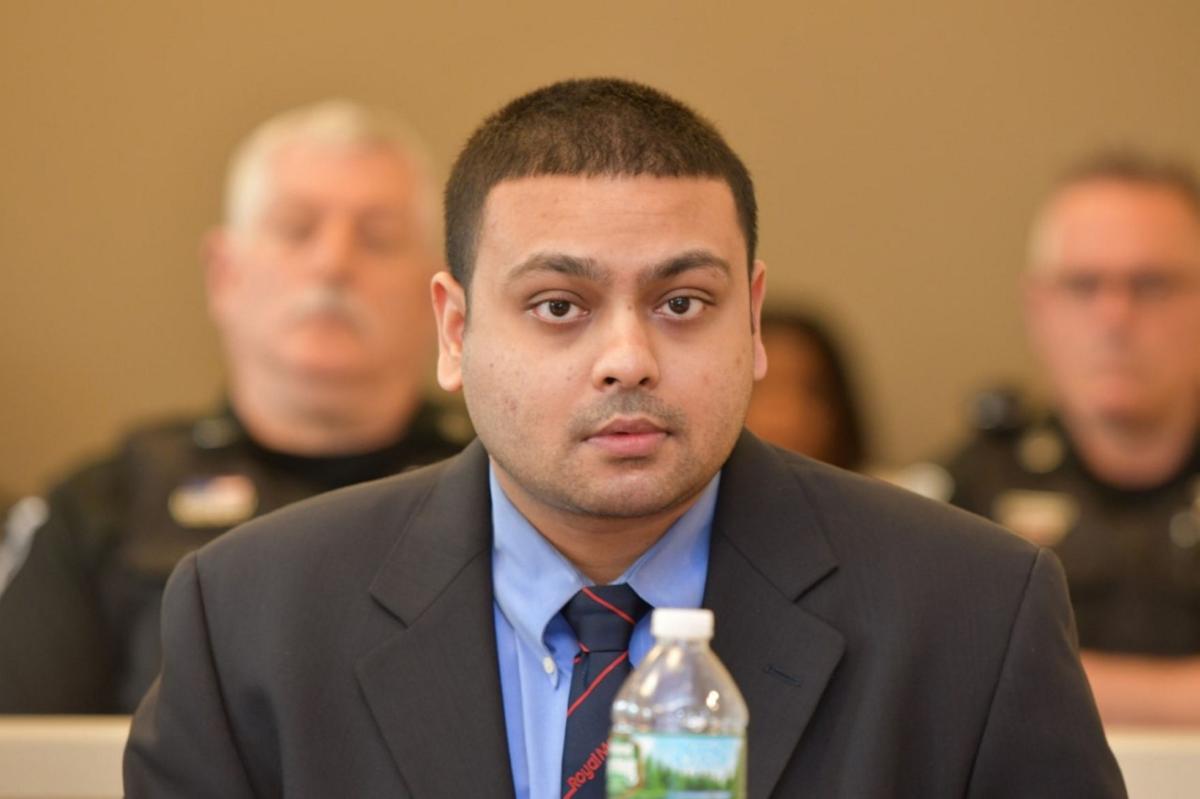 Lance Wheeler for Columbia-Greene Media Mohammed Morshed awaits a verdict Tuesday in Columbia County Court as the jury in his murder trial deliberates. 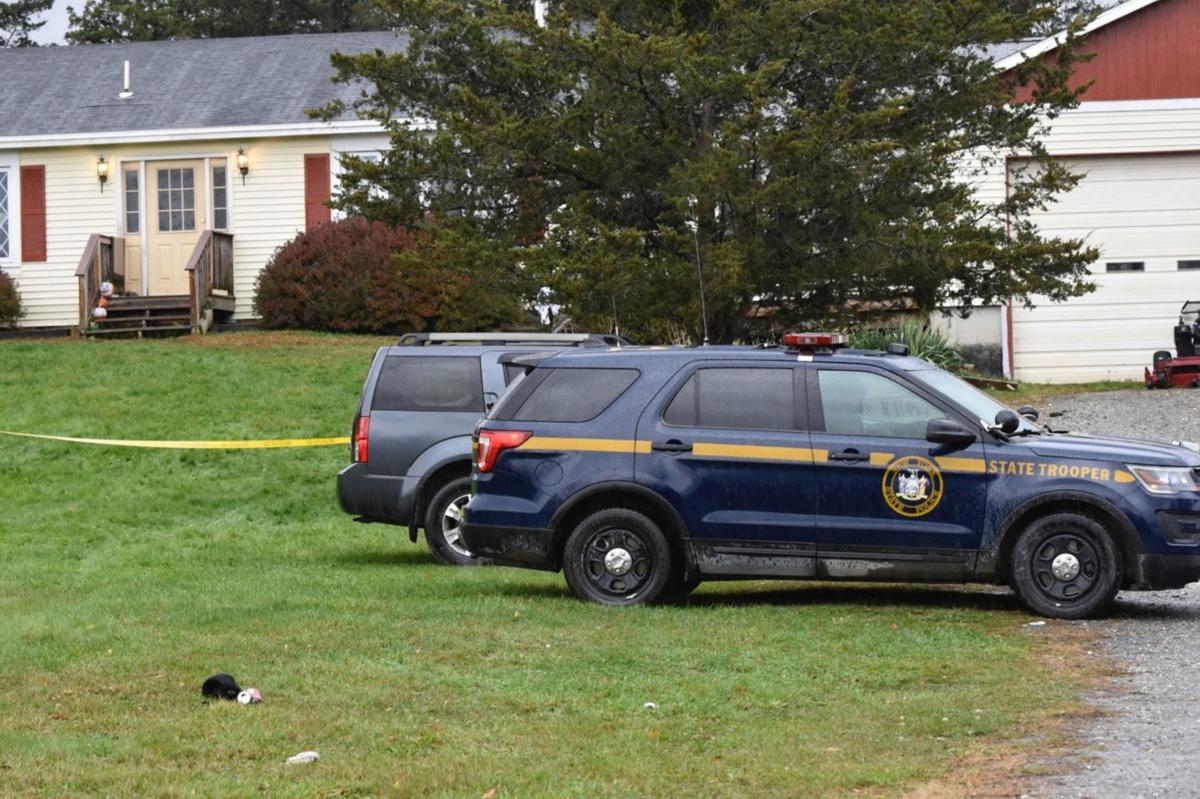 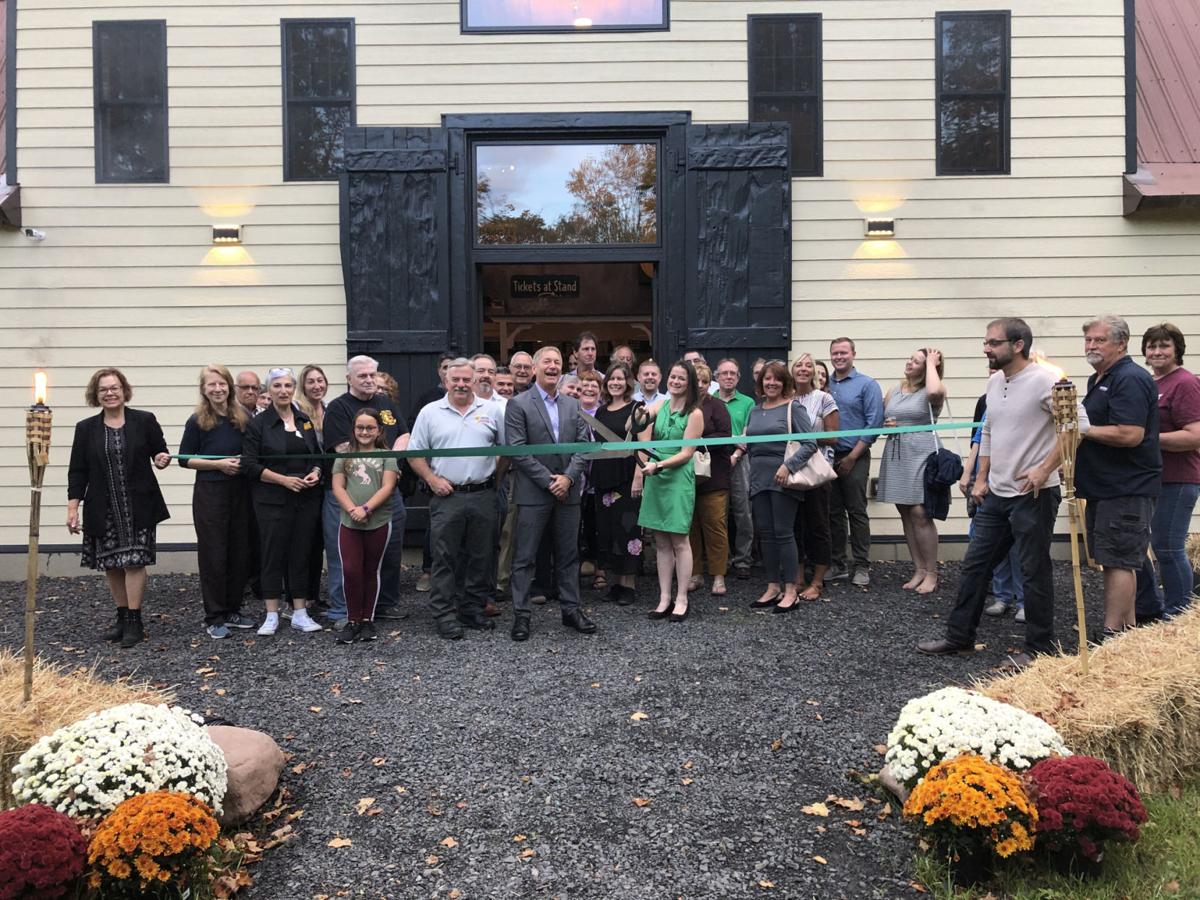 The Catskill Game Farm has a new beginning. Contributed photo 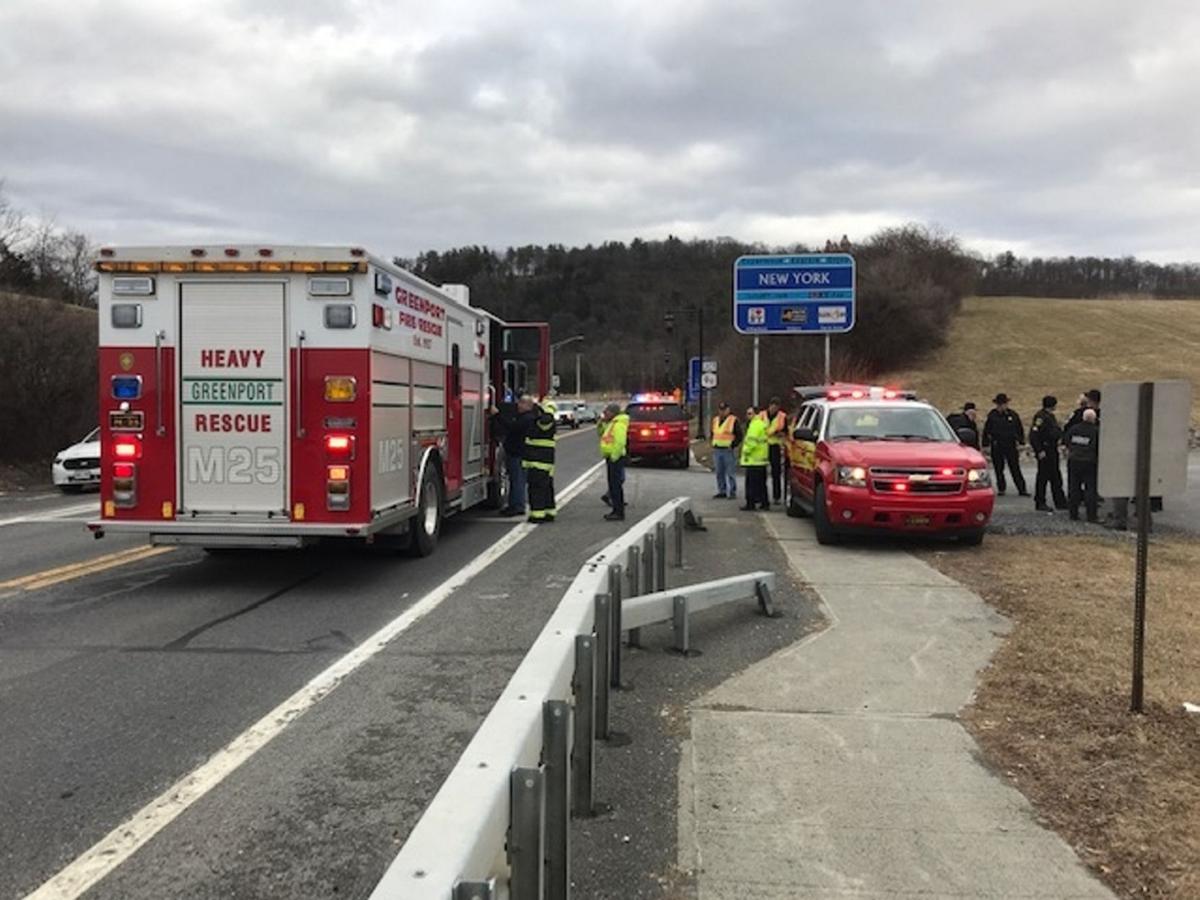 Lance Wheeler for Columbia-Greene MediaThe New York State Police are investigating the death of a man who jumped from the Rip Van Winkle Bridge. 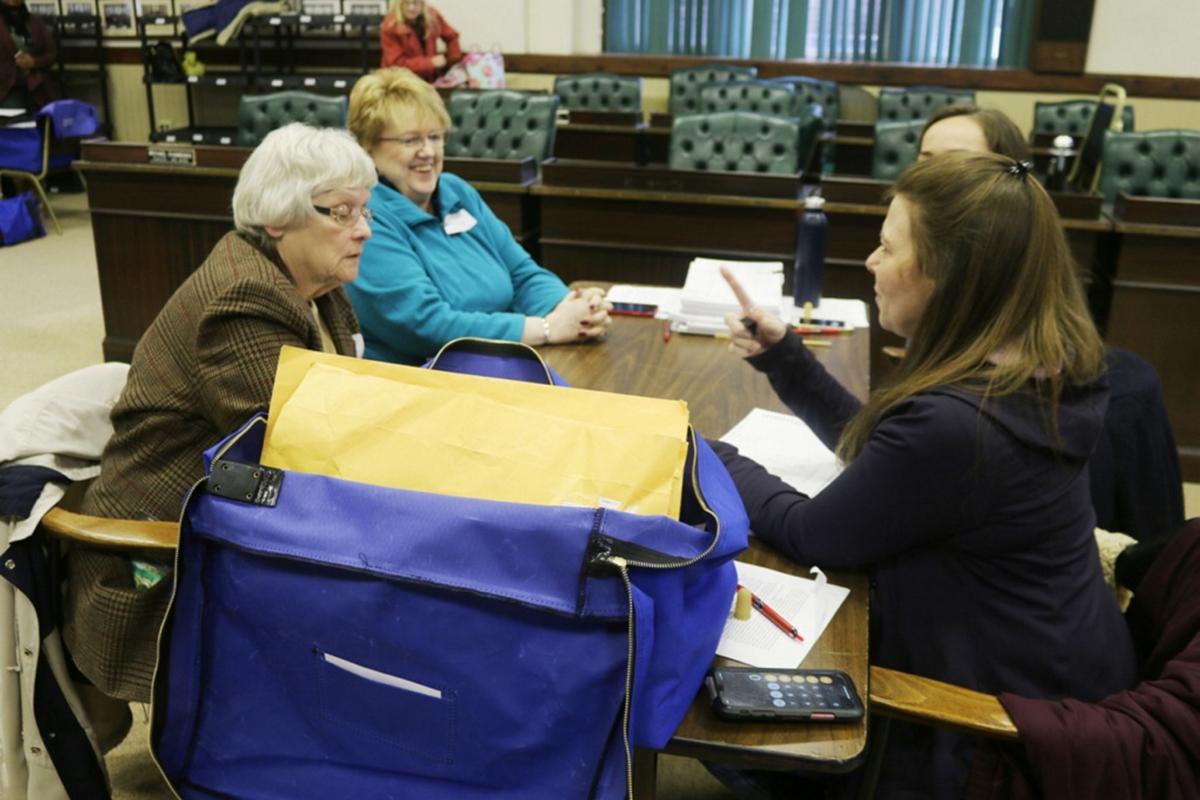 Courtesy of Bryan MacCormack of Left in Focus Immigration and Customs Enforcement agents attempted to detain two people on Fifth and Warren streets in Hudson.

Lance Wheeler for Columbia-Greene Media Mohammed Morshed awaits a verdict Tuesday in Columbia County Court as the jury in his murder trial deliberates.

The Catskill Game Farm has a new beginning. Contributed photo

Lance Wheeler for Columbia-Greene MediaThe New York State Police are investigating the death of a man who jumped from the Rip Van Winkle Bridge.

A newspaper’s top stories list reflects not only the choices of reporters and editors but the varied interests of its readers. This past year, readers made their way to stories ranging in subject matter from the relentlessness of the opioid crisis to an acquittal in a major Columbia County murder trial. What follows are the top 10 stories of 2019 that resonated with our readers.

A Columbia County jury found Mohammed Morshed not guilty of felony murder in the shooting death of 19-year-old Inderly Instinfil of Philmont on June 17 on Fairview Avenue in Hudson. Morshed, 28, of Hudson, had been charged with second-degree murder, a class A-1 felony. The seven-man, five-woman jury deliberated for about two-and-a-half days before reaching a verdict. Over the course of the deliberations, jurors asked for replays of a 911 call just after the shooting. They also asked the judge to repeat the definition for justification of self-defense under the law. Jurors were asked to consider a lesser charge of second-degree manslaughter as an alternative to the murder charge. They returned a not-guilty verdict on each charge.

A Columbia County man was charged with attempted murder after he allegedly shot a man several times at a Halloween party in Copake, state police said. Jesus Figueroa, 26, of Hudson, was charged with attempted murder, a class A felony, and criminal possession of a weapon (a loaded firearm), a class C felony, according to state police. Figueroa was taken into custody by state police near a relative’s home in Philmont. Police also executed a search warrant at that address, police said. He was sent to Columbia County Jail without bail after his arraignment in Claverack Town Court. The man who was shot, who was not identified by police, was airlifted to Albany Medical Center. The man, who underwent surgery early Sunday to repair several bullet wounds, was expected to recover, Columbia County District Attorney Paul Czajka said.

A weekend ski trip with friends at Hunter Mountain turned tragic for brendan mccue of Herkimer County. The death was ruled accidental, but McCue’s mother, Christina Brown, criticized Hunter Mountain and its recently opened trail hunter north for being unsafe. McCue, 27, of Little Falls, was skiing a trail on Hunter North, the ski center’s newest expansion, when he apparently lost control and skidded off the trail. McCue slammed into a rock, killing him instantly, Greene County Sheriff’s Office Lt. Adam Brainard said. McCue died of severe chest trauma, Greene County Coroner Richard Vigilo said. An autopsy was performed Monday at Ellis Hospital in Schenectady. “It was obvious on the mountain he had succumbed to his injuries,” Brainard said. Brown took the greene County Sheriff’s office investigation to task for saying her son was not wearing a helmet at the time of the accident. further investigation showed that McCue was wearing a safety helmet.

The former Catskill Game Farm opened its doors to show off its newest addition, The Long Neck Inn.

The inn features four different suites, each with its own animal theme. Formerly home to April, the iconic giraffe that achieved worldwide attention with her pregnancy, who now resides in Harpursville, near Binghamton it took two years to transform the giraffe house into a stylish inn.

Owners Cathy and Ben Ballone have been accepting reservations for six weeks as the Long Neck Inn held its official ribbon-cutting ceremony. Cathy Ballone described the achievement as momentous.

“It’s been seven years since we purchased the property,” Ballone said. “It’s nice to show what we can do with it and we plan to grow from here.”

Before the switch to hospitality, the 150-acre site was home to more than 2,000 animals from 1933 until the business closed in 2006. Besides the inn, the Ballones have offered self-guided tours since 2013 and have four campsites, equipped with wood stove, grill, picnic table and a canvas tent with a queen-sized bed on a pressure-treated platform for guests.

Officers from U.S. Immigration and Customs Enforcement conducted a raid at Casa Latina, a restaurant on Green Street in Hudson. In response, the call went out to members and allies of the Columbia County Sanctuary Movement, a group that supports undocumented people in Hudson, which was officially classified as a Welcoming and Inclusive City in a 2017 Common Council resolution.

About a dozen supporters turned out to warn people about the presence of ICE officials and document their activities.

Jarin Ahmed, a member of the Columbia County Sanctuary Movement, said ICE officials made one arrest by the time she arrived on the scene around noon. “They have taken one community member, they have chased a couple of community members down the street. They are targeting people that are coming to this specific restaurant, Casa Latina, and you can only imagine why they are targeting a place named Casa Latina,” Ahmed said.

A preliminary investigation showed Greene Correctional Facility inmate Anthony Myrie went into cardiac arrest and died after a brawl with fellow inmates, a Department of Corrections and Community Supervision spokesman said. Myrie, 24, was serving seven years on a conviction of third-degree attempted criminal sale of a controlled substance, a class B felony. He died Feb. 11. Preliminary autopsy results indicated Myrie’s body had no signs of trauma and the cause of death was consistent with sudden cardiac arrest. Myrie was involved in a three-on-one fight with other inmates in a housing unit of the medium-security prison. No officers used force at any time, according to a prison spokesman.” Myrie complained of chest pain after he was escorted to a holding area to be interviewed by security staff about the fight. Myrie was taken back to the medical unit for further evaluation when he collapsed, unconscious and unresponsive

The detention of two people in the city Tuesday by U.S. Immigration and Customs Enforcement on warrants was thwarted in part by city residents and the leader of an immigrants rights’ group. Three ICE agents attempted to detain two passengers in a vehicle that was stopped near the corner of Fifth and Warren streets at about 9 a.m. But the driver and several other citizens at the scene refused to allow agents to enter the vehicle or detain the individuals without a warrant signed by a judge. After some heated exchanges, the ICE agents backed off and left 10 minutes later without making any arrests.

Police identified the man who perished after he jumped from the Rip Van Winkle Bridge. The body of James Zegers, 71, of Valatie, was pulled from the Hudson River between Hallenbeck Road and the bridge in Greenport.

Attempts to get a Columbia County Sheriff’s rescue boat into the river were hampered by thick ice. An excavator was brought in to break up the ice into large chunks to enable the boat to get into the water.

Because of the amount of ice, a team of divers, four from Greenport and five from the Hudson Fire Department Water Rescue and Scuba Team, had to enter the river along the shoreline at the end of Hallenbeck Road, less than a mile north of the Rip Van Winkle Bridge.

The divers wore immersion suits to insulate them from the cold. Securing themselves with rope lines, the divers were able to reach the body within an hour. It was about another hour before they were back on shore.

The Columbia County Democratic Committee will regroup to select a new nominee for county Election Commissioner after the county Board of Supervisors opted not to reappoint Democrat Virginia Martin after nearly a decade of holding the post.

The vote not to reappoint Martin to a new term comes after a tumultuous end to a voting season in which some Columbia County races weren’t determined until weeks after the election. After several delays the full certified results were released a full month after the election had taken place. Delays prompted Martin to say, “We need to do better.”

The opioid epidemic has been widespread across the nation over the past decade or so, and the Twin Counties have not been immune. A database maintained by the Drug Enforcement Administration was released, tracking the path of every pain pill sold in the United States, including specific states and counties. Between 2006 and 2012, there were 380 million transactions involving oxycodone and hydrocodone pills, accounting for three-quarters of the total opioid pills distributed to pharmacies.

In Columbia County, the data indicates that 13,933,020 prescription pain pills were sold during that time period, enough for 31 pills per person in the county per year. The numbers were similar in Greene County, where 13,828,840 pills were distributed, enough for 40 pills for every person in the county each year in the study. The data also analyzes pharmacies where the pills were sold. In the Twin Counties, CVS stores received the highest number of pills in both counties from 2006 to 2012. In Columbia County, CVS in Hudson received 4,006,130 opioid pills from 2006-2012, followed by Eckerd Corporation in Hudson, with 1,668,270, and The Golub Corporation, which owns Price Chopper, also in Hudson, with 1,435,760. In Greene County, the CVS in Cairo received the highest number of pills for the same time period, at 3,229,600; Rite Aid in Greenville at 1,480,980; and The Golub Corporation, Price Chopper, in Catskill, with 1,367,460.