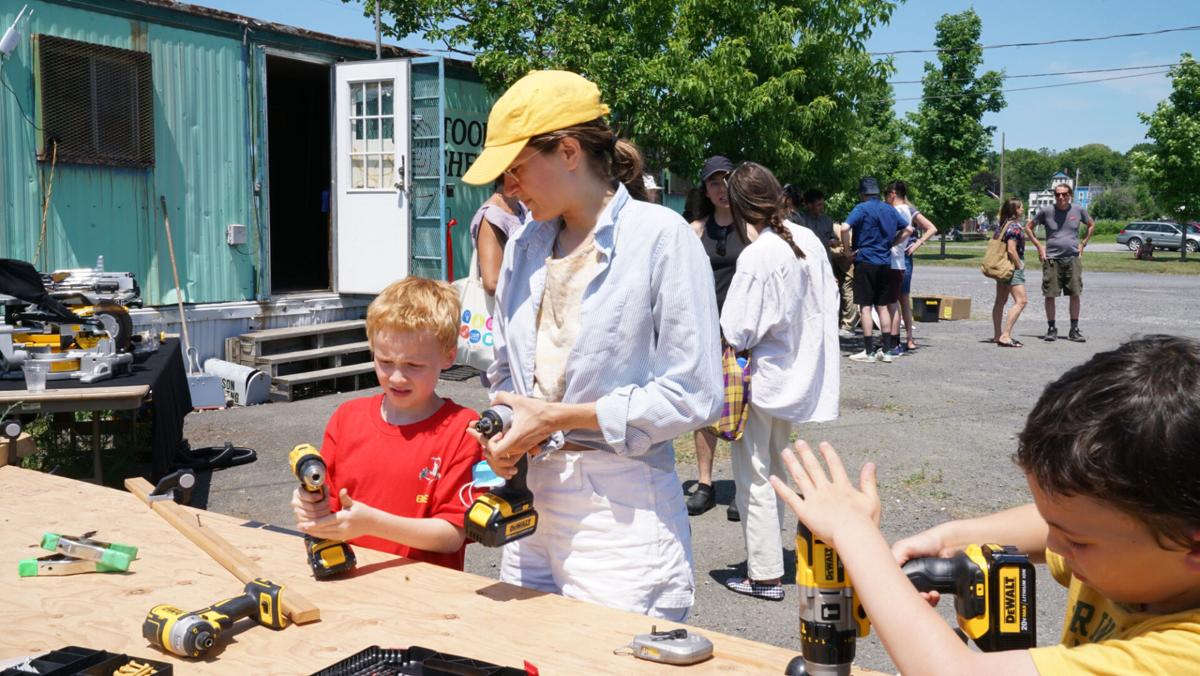 Toolshed Exchange is open for borrowing and plans to hold programming in the fall. Courtesy of Toolshed 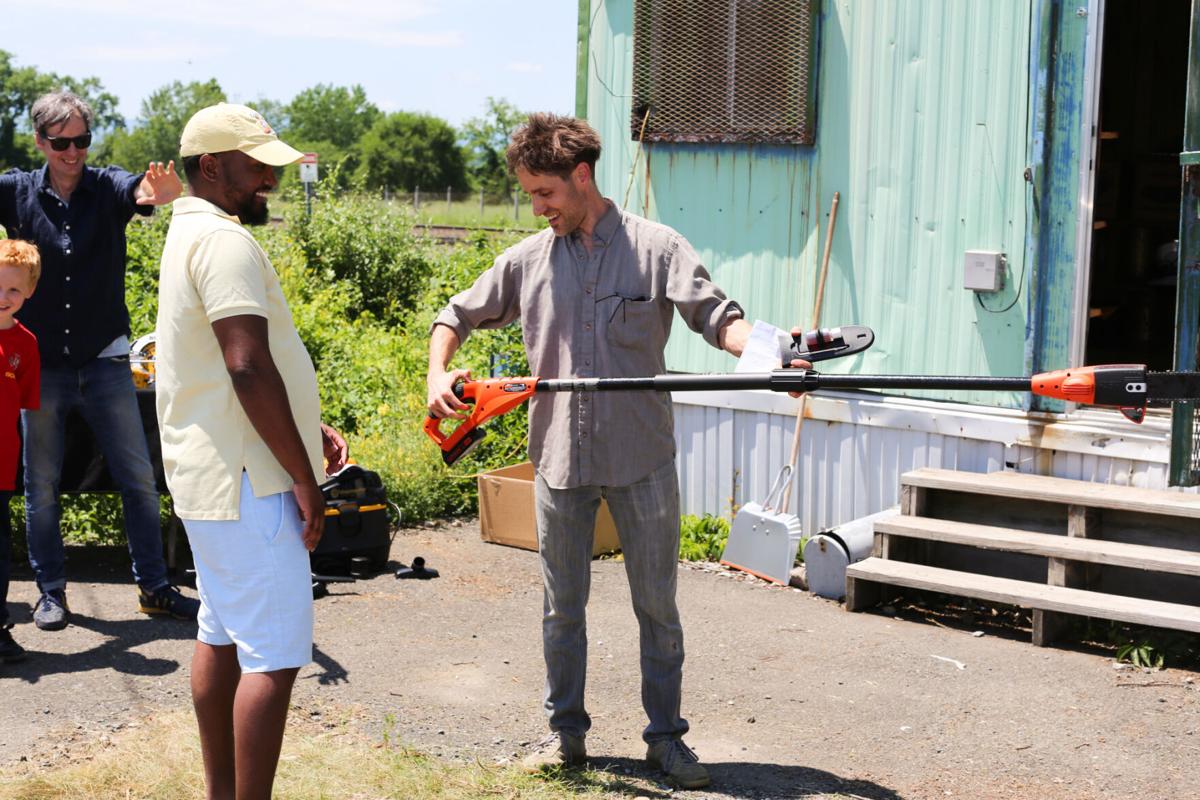 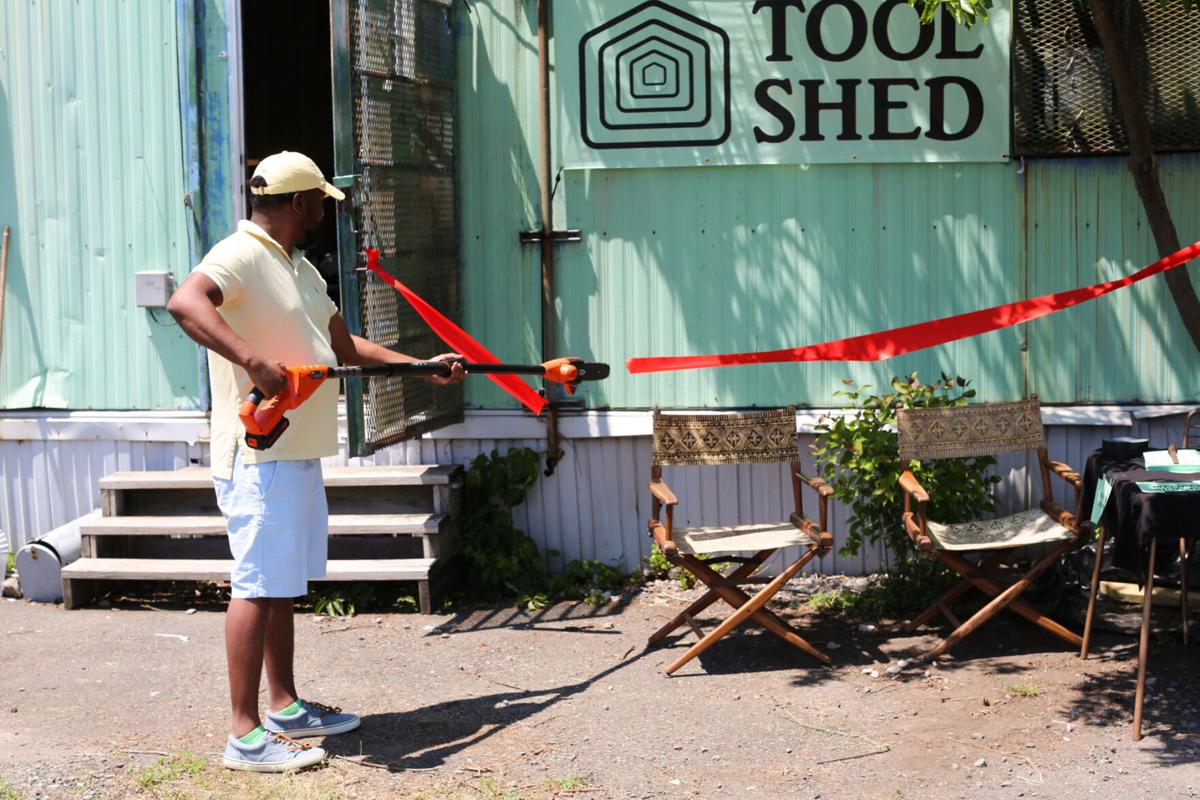 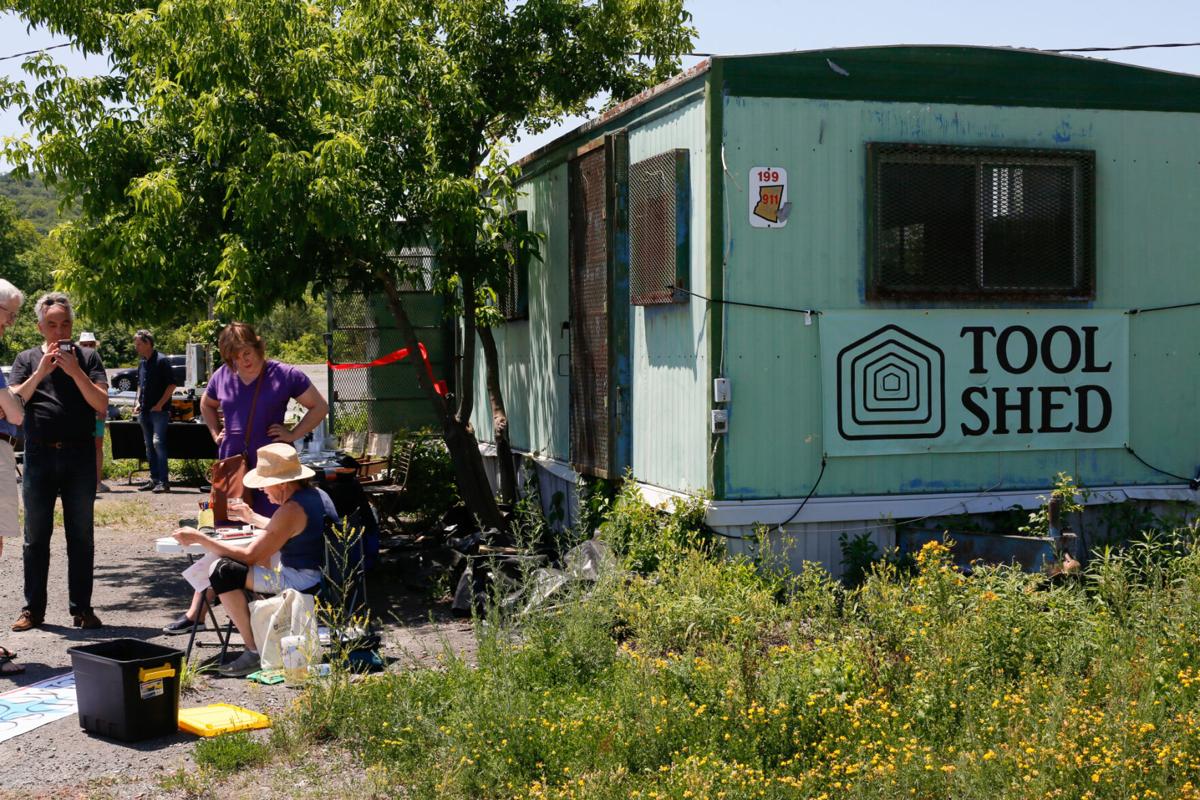 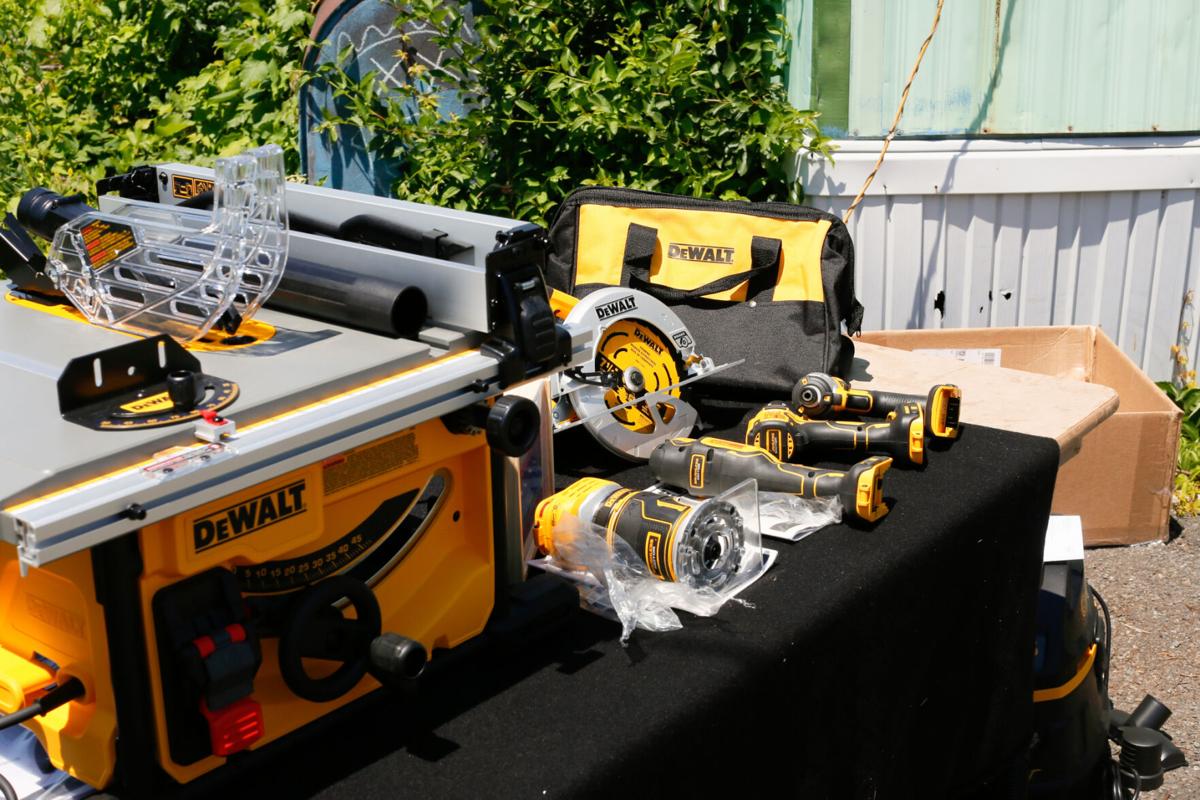 Tools outside the tool shed. Courtesy of Angelina Dreem 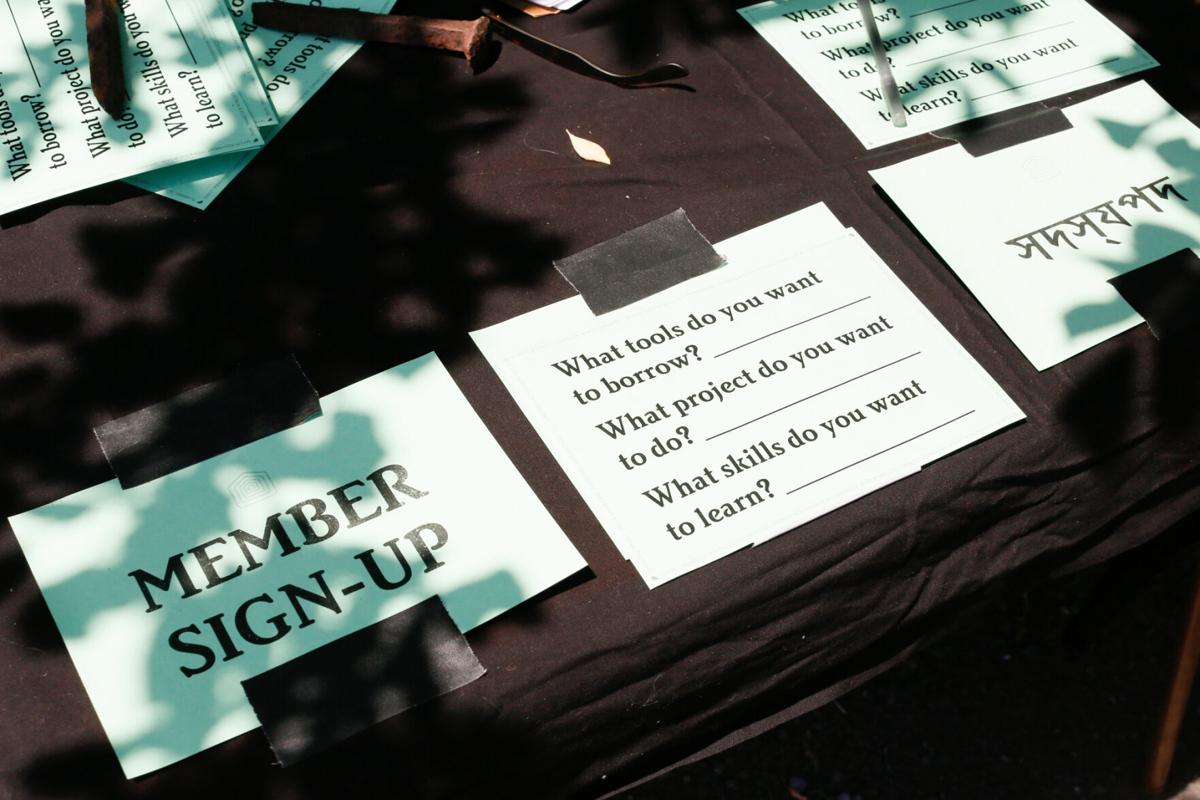 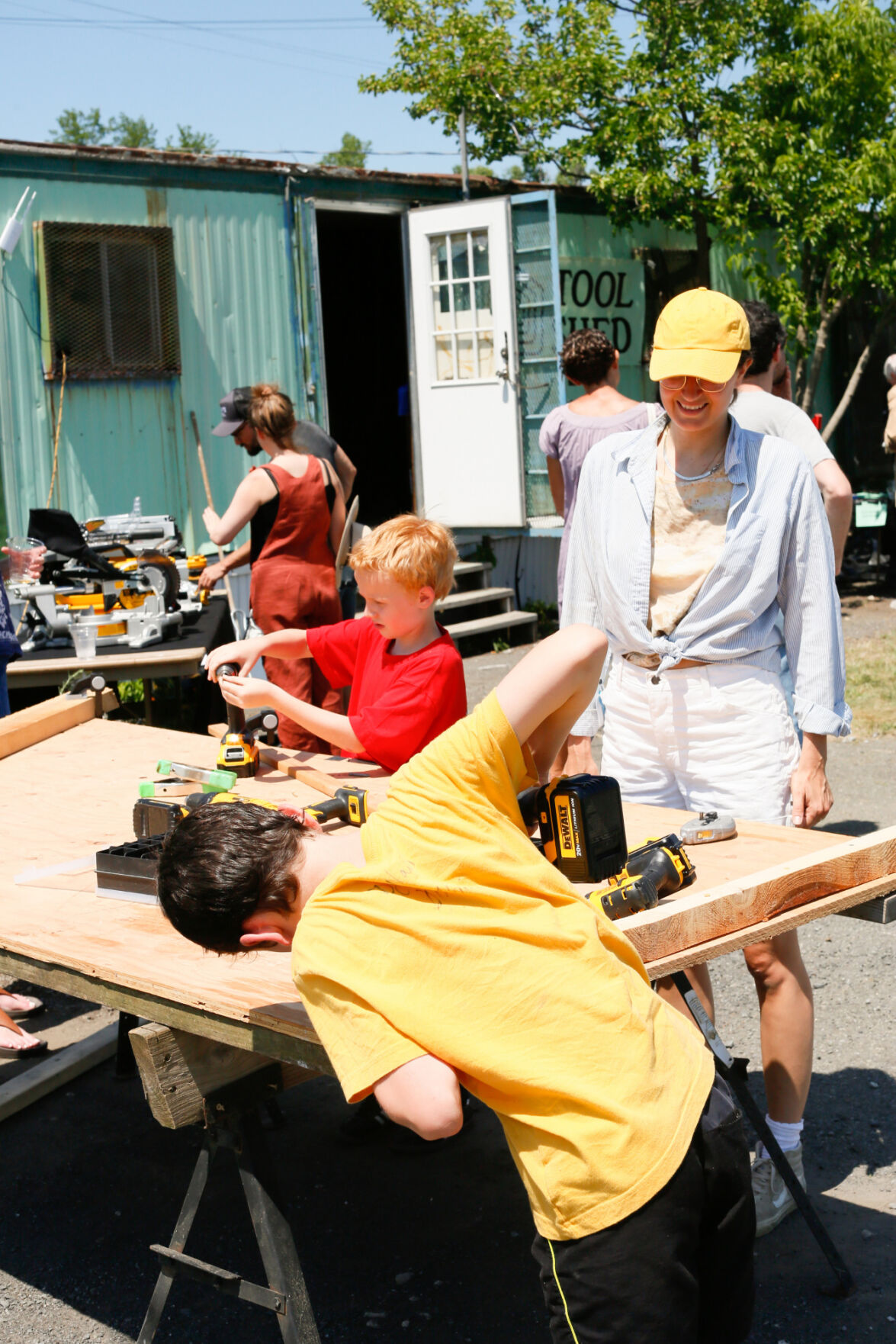 Kids learning to use tools at the tool shed on Saturday. Courtesy of Angelina Dreem 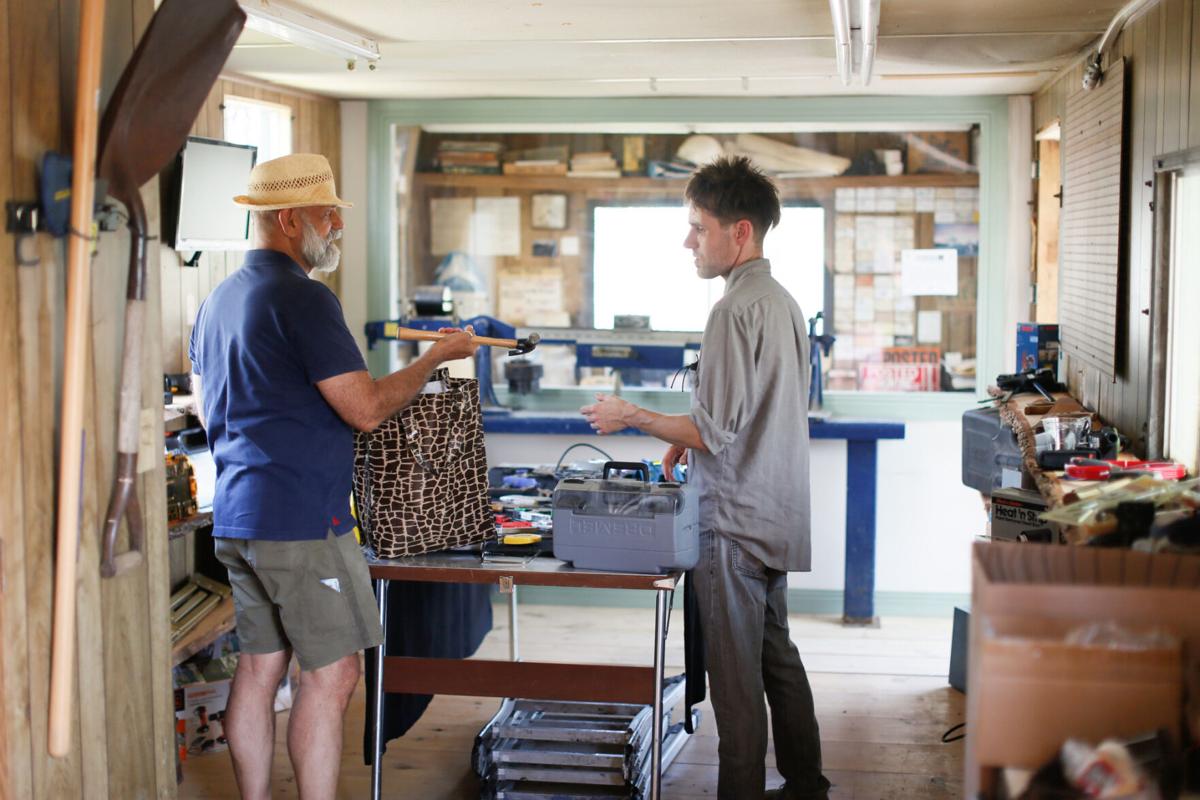 The Toolshed. Courtesy of Angelina Dreem 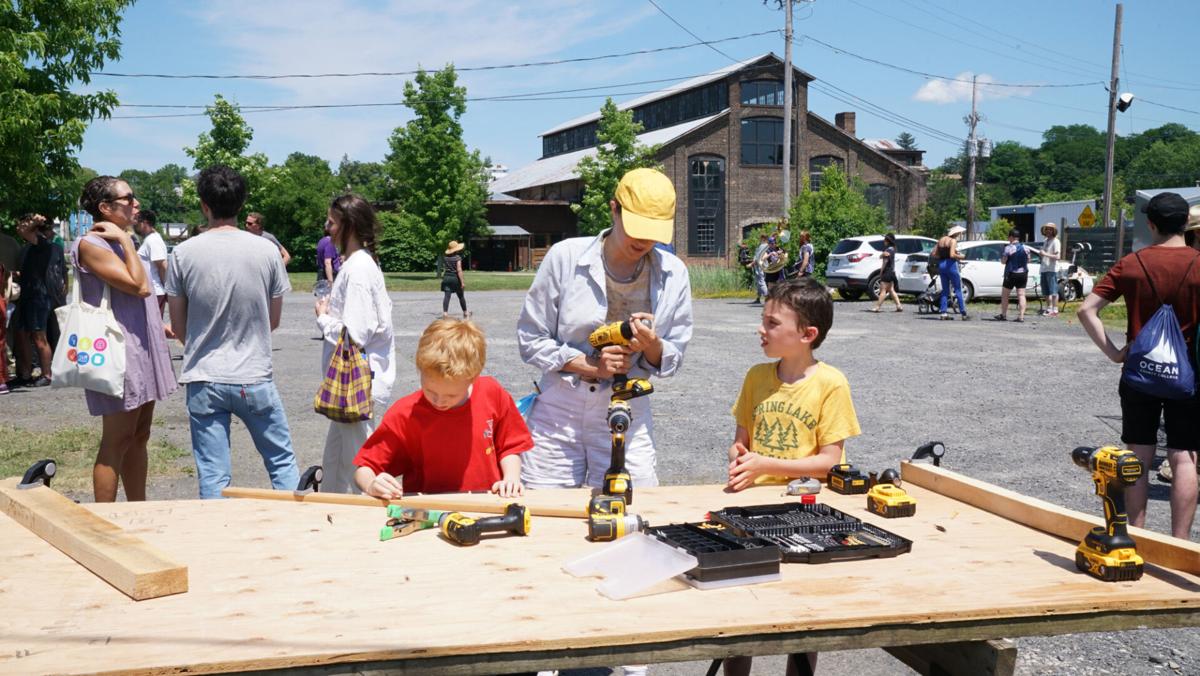 Toolshed plans to work with community organizations. Courtesy of Toolshed

Toolshed Exchange is open for borrowing and plans to hold programming in the fall. Courtesy of Toolshed

Tools outside the tool shed. Courtesy of Angelina Dreem

Kids learning to use tools at the tool shed on Saturday. Courtesy of Angelina Dreem

The Toolshed. Courtesy of Angelina Dreem

Toolshed plans to work with community organizations. Courtesy of Toolshed

The ribbon has been cut — with a cordless electric pole saw — at the Twin Counties’ new tool library in Hudson.

Toolshed Exchange will give area residents access to a variety of tools as well as training opportunities. The shed is located in a green trailer on the south side of Basilica Hudson, 110 South Front St. The program has a total of 35 members as of Tuesday.

Toolshed Exchange is a project of Toolshed, an organization based at Basilica Hudson created by artists Susannah Sayler and Edward Morris focused on gathering and sharing various tools, technologies, knowledge and cultural practices.

There have been tool libraries across the country and world in connection to movements centered on equity, sustainability, sharing economies and expanding the scope of traditional libraries, according to the organization.

The tool library idea was born in the basement of the Cohoes Public Library in the 1970s, which later inspired the Berkeley Tool Library in California, which inspired hundreds of others.

The membership-based system is on a pay-what-you-will sliding scale with a suggested contribution of $20 or $1 for every $1,000 of personal annual income, and a minimum of $5, Morris said.

Members can rent tools free of charge and there are late fees of $1 per tool per day, according to the organization.

The organization encourages members to support local businesses when buying consumables for the tools that are not provided by the library, like blades, bits and sandpaper from William’s Lumber, Herrington’s or Rogerson’s.

Toolshed Exchange members can reserve tools at toolshedexchange.org. The shed is open Saturdays 9 a.m. to 1 p.m. and Mondays 5 p.m. to 7 p.m., according to Timothy Furstnau, who created the library and became its first librarian. Hours may eventually adjust based on demand.

Hudson Mayor Kamal Johnson cut the ribbon at the opening ceremony on Sunday and joked Tuesday that he thought the cordless electric pole saw was a “Star Wars” weapon. The event also had tool demonstrations, live music by Hudson-based band Brasskill and refreshments from Hudson Brewing Company.

“The Toolshed is the type of innovative community initiatives that I really get excited for,” Johnson said on Tuesday. “This will be a huge help to the community and it’s pretty cool.”

The shed is open for memberships and borrowing, and will host trainings and other programs starting in the fall, Morris said.

“Toolshed Exchange is open to all regardless of where you live,” Morris said. “However, as tools can only be picked up on site, it is primarily going to serve people within reasonable distance of the physical location at Basilica Hudson. So Columbia, Greene and nearby counties. We do have plans to expand to other locations.”

Basilica Hudson is partnering with Toolshed on the project as part of its Basilica Green initiative.

“As we embark on our Basilica Net Zero Campus project, and the expansion of Basilica Green, our mission to increase climate action through innovative cultural programming, Toolshed is an important partner,” Basilica Hudson co-founder and director Melissa Auf der Maur said. “Toolshed Exchange, in particular, is a perfect fit. Offering equitable access to tools will serve our community well as we unite to improve our physical infrastructure and rebuild connection with our neighbors in a post-COVID Hudson.”

The Hudson Area Library and Hudson Valley Repair Cafe are also partnering with the tool library.

The effort has received funding from a number of national and local foundations, Morris said.

“Our biggest funders are the Partners for Climate Action Hudson Valley, the People and Planet Fund and the Berkshire Taconic Community Foundation,” he said. “We have also received funding from Stewart’s Shops and Basilica Hudson provides us rent-free space and other support.”

There are about five core volunteers at the exchange but many more contributed to the launch, Furstnau said.

Toolshed Exchange intends to partner with local non-profit organizations and community groups to allow the tools to get into more hands, Furstnau said. Toolshed interviewed over 25 local organizations to get feedback about what tools are needed.

The shed is creating a membership program for organizations and has five memberships to give away for people who cannot pay, Morris said.

The shed will be seeking volunteer librarians, tool fixers and workshop instructors.

The online catalog will expand as the program processes tool donations and requests.

A la Steward Brand… the Whole Earth Catalog. Wow, what a great project! Thanks for reporting this.