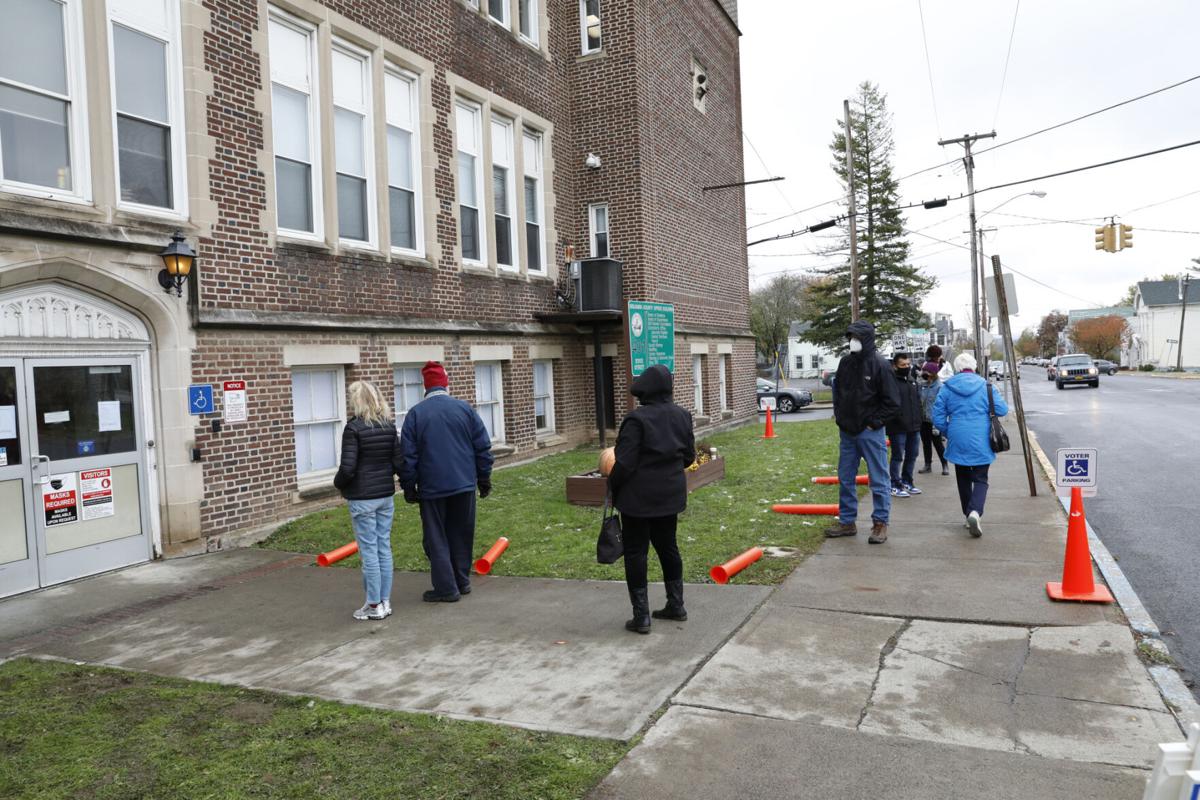 Aliya Schneider/Columbia-Greene Media Voters lined up Friday afternoon outside the Columbia County building to cast early ballots in the 2020 election. 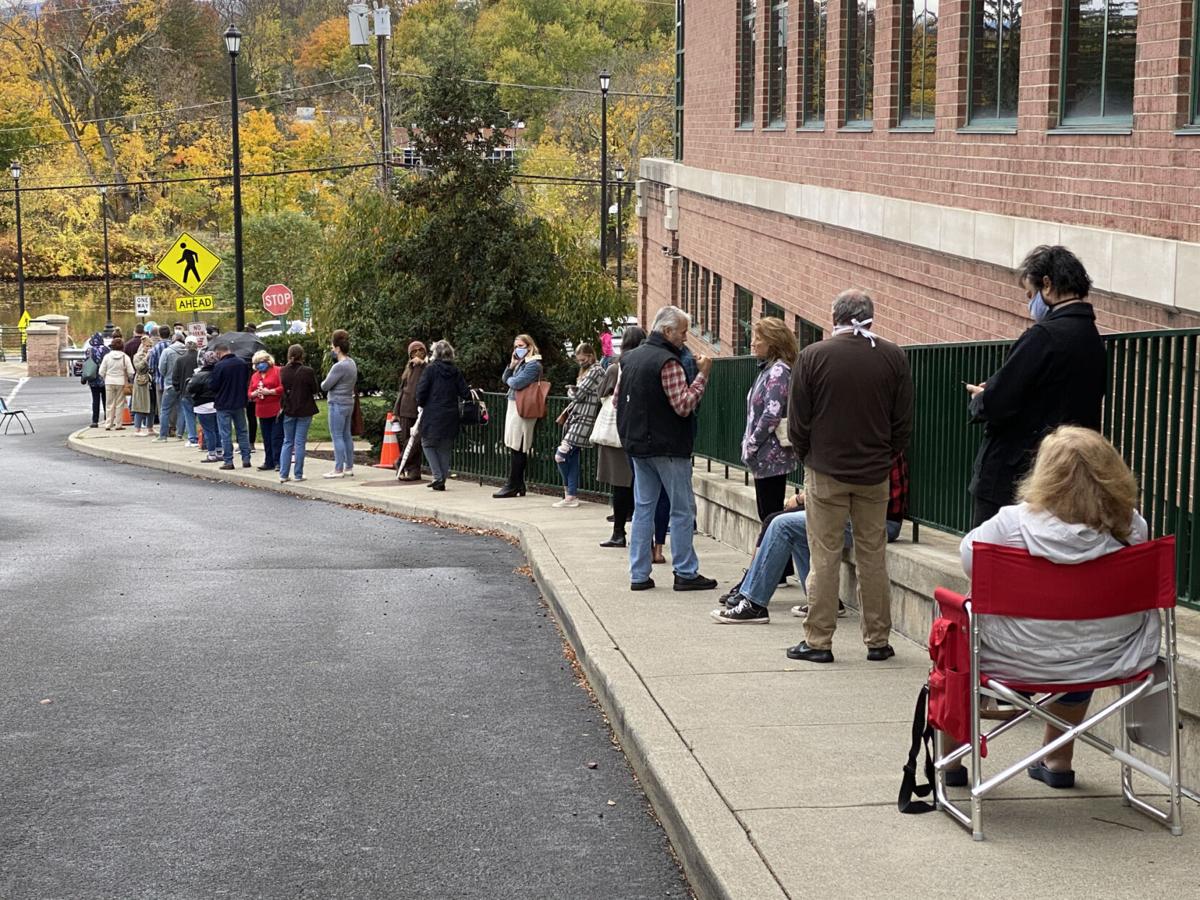 Aliya Schneider/Columbia-Greene Media Voters lined up Friday afternoon outside the Columbia County building to cast early ballots in the 2020 election.

Registered voters can cast ballots early in the Twin Counties until 2 p.m. Sunday.

As of the close of polls Thursday night, 3,000 people voted early in Greene County, according to the Greene County Board of Elections.

In Columbia County, 5,025 people voted early by noon Friday, according to the county’s board of elections.

Jordan encouraged voters to makes their voices heard by casting their ballot.

Early voting began in New York state Oct. 24, and will continue Saturday and Sunday from 9 a.m. to 2 p.m. This is the first presidential election year in which New Yorkers are able to vote in person prior to Election Day.

“Voting for the 2020 elections, we see many thousands of New Yorkers lining up at polling sites throughout the state to have their voices heard,” state Sen. Majority Leader Andrea Stewart-Cousins, D-35, said in a statement. “I urge New Yorkers to take advantage of early voting opportunities in their respective counties.”

Early voting figures — totaling more than 8,000 ballots in the Twin Counties in the first six days of early voting — do not include absentee ballots. Absentee ballots cannot be counted in New York until Election Day, Nov. 3.

“While this year’s elections might be conducted differently, our civic duty and the importance of voter participation remain unchanged,” Assembly Minority Leader Will Barclay, R-120, said in a statement. “Voting is an expression of freedom, choice and civic engagement and is important at every level of government. Voting is the foundation of our democracy, and I encourage all eligible voters to get out and make their voices heard.”

Early voters lined up for hours in the Twin Counties and other locations in the state in the first few days.

“Boards of elections failed to adequately provide enough early voting opportunities this year. All over the state, people have been waiting several hours to vote, which is not what our democracy should look like,” Senate Deputy Leader Michael Gianaris, D-12, said in a statement. “The current structure of our boards of elections has failed to fulfill its primary mission of facilitating voting. Drastic reform is necessary.”

Early voting is a relatively new option for New York voters. In January 2019, Gov. Andrew Cuomo signed a series of mandates on voter law, one of which allows voters to cast their ballots before Election Day. The state requires each county board of elections to have at least one early voting site available for voters.

“I think the most important part is people playing a part in democracy. I am astonished with the amount of people that have taken advantage of early voting. I think it’s good for both parties and even people who are independents or members of other parties. It seems it’s much more of a convenience,” said Assemblyman Chris Tague, R-102. “Originally when we had made some of the election law reforms I was hesitant about early voting. I think some of the things I was concerned about have come to fruition, not that I thought early voting was a bad thing but my major concern has been the mandate and the costs on our local county boards of election.”

Election Day is Tuesday. All polling sites will be open from 6 a.m. to 9 p.m.