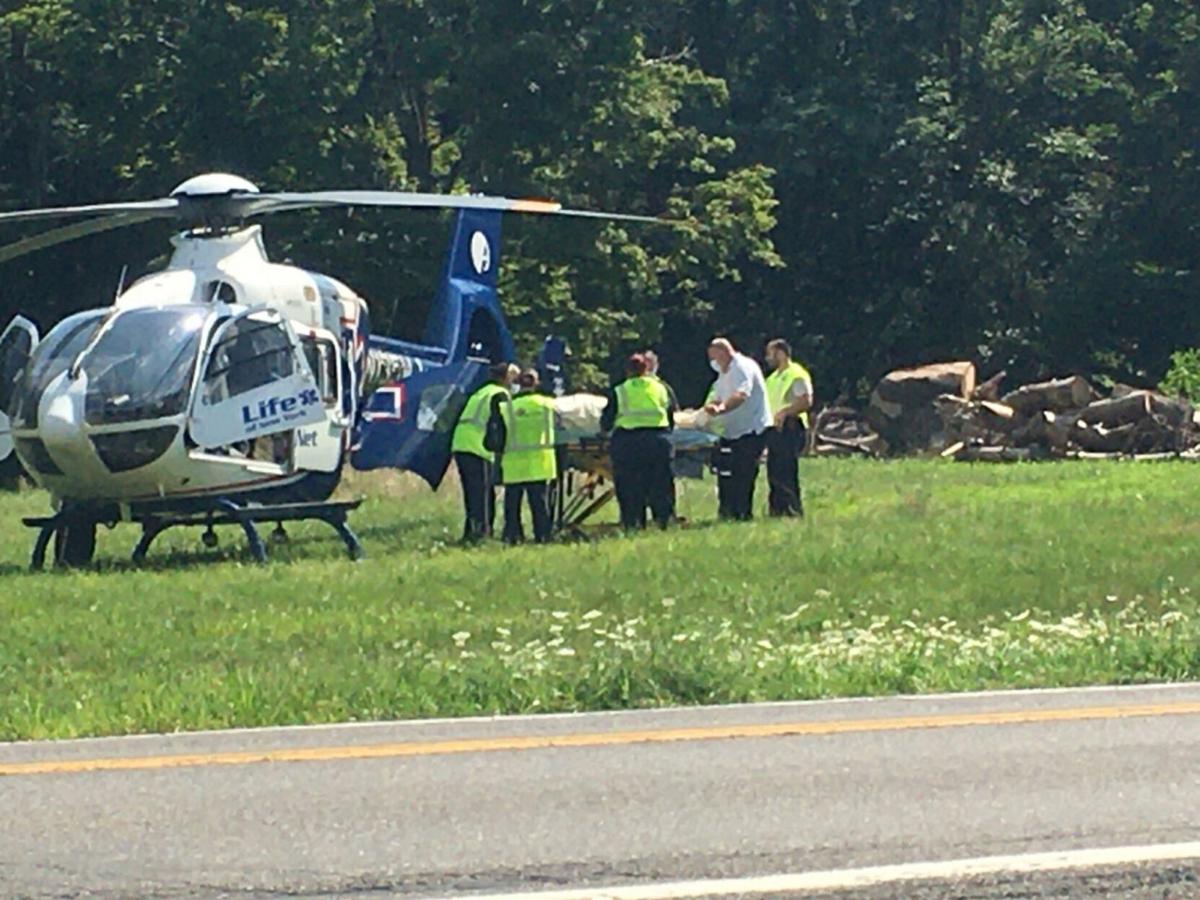 A teen, injured at Kaaterskill Falls, is placed on a LifeNet helicopter in Palenville. Bill Williams/Columbia-Greene Media 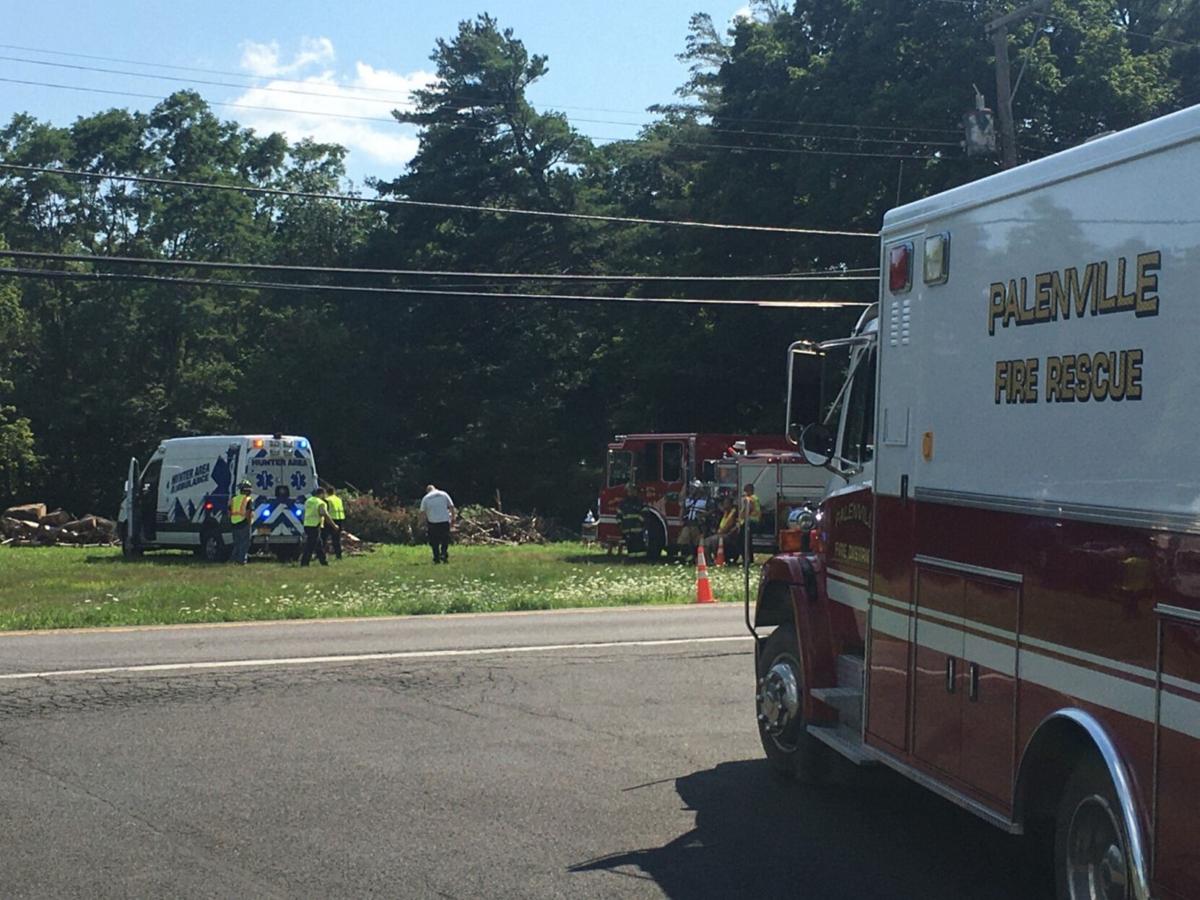 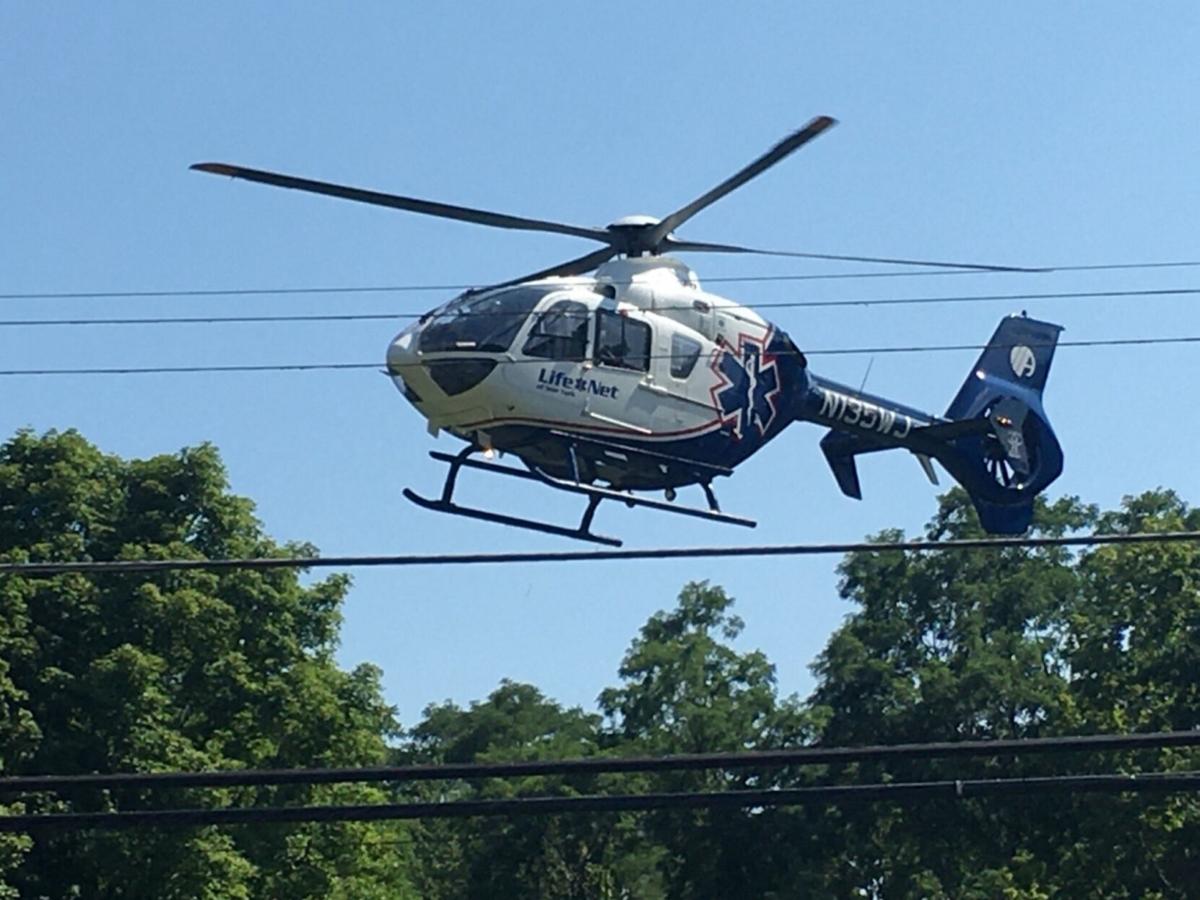 A teen, injured at Kaaterskill Falls, is placed on a LifeNet helicopter in Palenville. Bill Williams/Columbia-Greene Media

HAINES FALLS — A teen was airlifted to Albany Medical Center on Sunday afternoon following a swimming accident in an area near Kaaterskill Falls, Capt. Robert Appleton of state police at Catskill said.

The teenager’s name has not been released by police.

Her injuries were serious, Appleton said, but he could not be more specific. The unidentified woman’s age was not known, however she is a teenager, Appleton said.

Fire and rescue crews were sent to Kaaterskill Falls by Greene County 911 some time after 1:30 p.m. for reports that the teenager was injured while jumping in the water.

Multiple fire and rescue crews worked to remove the teen from the area. The rescue took more than one hour.

She was brought to a field across from Rip Van Winkle Golf Course on Route 23A in Palenville, where she was placed on a LifeNet helicopter and flown to Albany Medical Center at about 3:20 p.m.

Greene County Paramedics and state police assisted with the rescue of the teen. Route 23A was closed between Palenville and Haines Falls during the incident.

Ready for adventure? Expand your horizons from home

5 surprising facts about beef and sustainability

Don’t Risk A Ticket. Avoid Parking In Spots Reserved For People With Disabilities