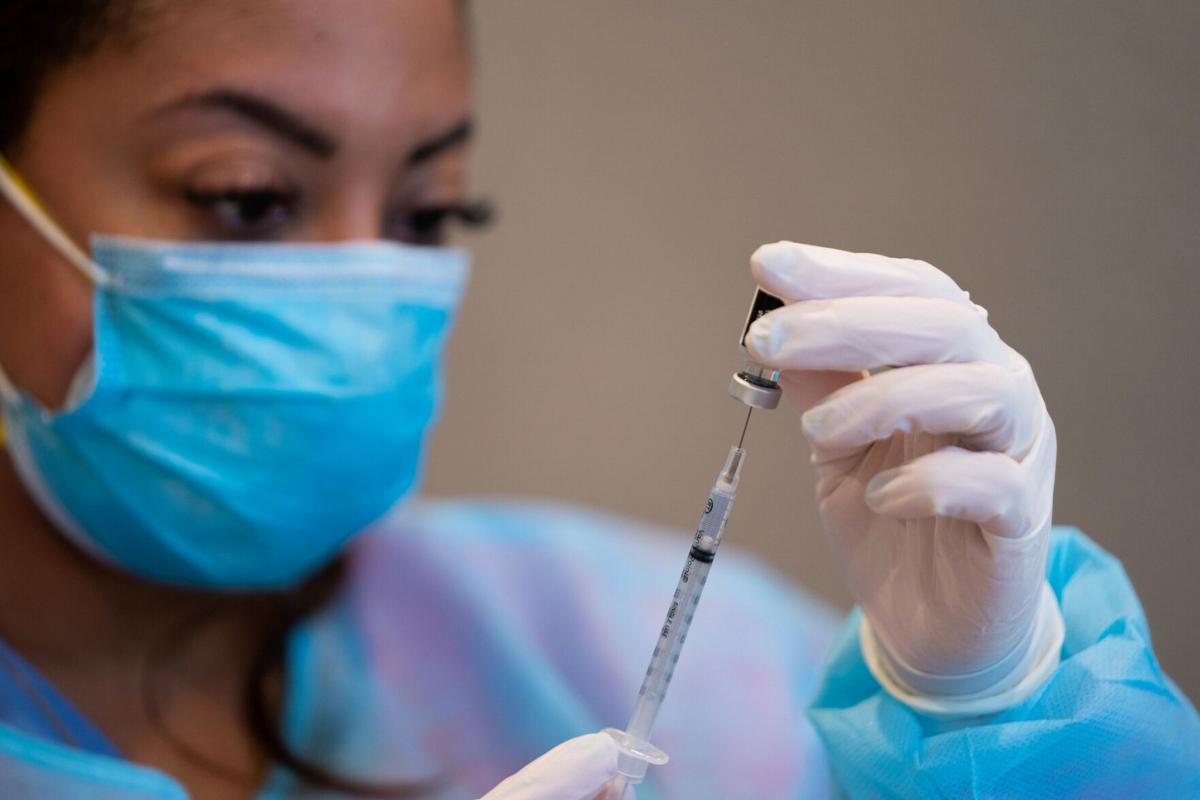 Vaccine supply, already scarce, will not be delivered to the Twin Counties this week due to inclement weather across the country. Courtesy of Gov. Andrew Cuomo’s Office 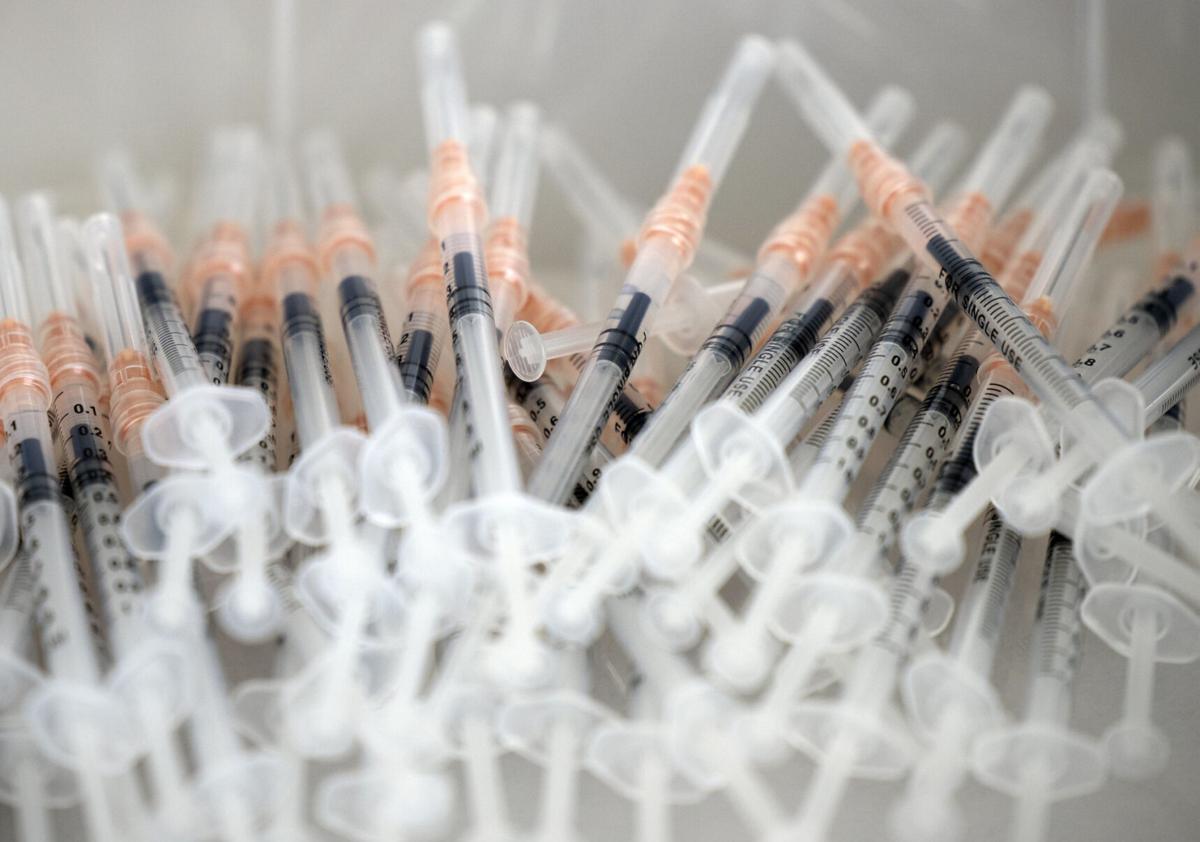 Second Ward residents in Hudson over the age of 65 will have access to a pop-up COVID-19 vaccination clinic March 6. Any extra slots will go to 4th Ward residents over 65. Courtesy of Gov. Andrew Cuomo’s Office

Vaccine supply, already scarce, will not be delivered to the Twin Counties this week due to inclement weather across the country. Courtesy of Gov. Andrew Cuomo’s Office

Second Ward residents in Hudson over the age of 65 will have access to a pop-up COVID-19 vaccination clinic March 6. Any extra slots will go to 4th Ward residents over 65. Courtesy of Gov. Andrew Cuomo’s Office

COVID-19 vaccine shipments statewide were delayed this week as a series of winter storms chugged across the region.

The Capital Region was hit with a wintry mix Monday night into Tuesday. While there was not much in terms of snow accumulation, sleet and freezing rain made road conditions hazardous.

Columbia and Greene counties did not receive their shipments of vaccines, which typically arrive on Tuesdays.

The Columbia County Department of Health has opted to cancel its vaccination PODs, or points of distribution, scheduled for this week due to winter storms.

Columbia County Department of Health Director Jack Mabb said weather conditions have delayed the shipment and as of Wednesday afternoon, the county had not received this week’s doses.

“We have 500 second doses that are supposed to come across the country through this nasty storm out there,” Mabb said. “So we’re not optimistic about getting our doses.”

The county canceled PODs scheduled for Thursday and Friday, where second doses of the COVID-19 vaccine were set to be administered.

Five hundred second doses and 200 first doses of the vaccine were expected to be delivered this week. Of the first doses, 100 were allocated to eligible individuals in the 1B category and 100 were for people with comorbidities.

“Normally they have been delivered on Tuesdays,” Mabb said. “But we haven’t seen them yet as of today.”

Even if the county receives the delayed vaccine doses soon, Mabb said he would not expect people, especially seniors, to travel in bad weather to get inoculated.

This week’s delayed dosages will be administered next week, along with next week’s doses, Mabb said. The Department of Health is calling everyone who was originally scheduled to receive a vaccine this week to inform them of the delay and reschedule.

“I was on a call with my fellow directors from around the region this morning. We’re all in the same place — we’re sitting holding our breath,” Mabb said.

This is the first time COVID vaccine shipments have been delayed, he said.

Greene County’s shipment, which included 100 vaccines for Phase 1B and 100 vaccines for residents with comorbidities, along with some second doses, was still hundreds of miles away Wednesday, Legislature Chairman Patrick Linger, R-New Baltimore, said.

“We got word they were held up due to the weather,” Linger said, adding the shipment was in Kentucky and the county had no indication of when it would arrive.

Three hundred seniors living in congregate-care settings are due for their second shot Thursday, Linger said.

“We may have some of them, but I don’t know that we have all of them,” he said.

Greene County Public Health had planned to hold a clinic Friday for residents in group 1B and those with comorbidities, Linger said.

“Right now they’re planning to do that contingent upon receiving those vaccines,” he said.

Planning has been difficult with the uncertainty surrounding vaccine supply, Linger said.

“The state is supposed to be moving to a three-week schedule for us to make it a little easier to plan,” he said. “We would know three weeks in advance what our allotment is going to be for three weeks. We are week to week, literally. We put in an order on Friday, we find out Monday what we’re going to get and Tuesday we have them generally. That leaves us about three days to schedule and get vaccines in arms.”

The state’s distribution plan has made it difficult for counties to get the vaccines they need, Linger said.

“It’s very tough,” he said. “The state-run sites seem like they are cannibalizing a lot of vaccines coming into New York. [The state sites] are scheduled out through April and the state is telling counties to not schedule for vaccines they don’t have in hand. It makes it hard to justify to our own residents why we don’t have vaccines. We can get [vaccines] a heck of a lot closer to residents than traveling to Albany, Syracuse, Plattsburgh or Westchester. There’s no need for it.”

The system is designed to expedite the process of getting a vaccine for Greene County residents, but is not a mechanism to schedule an appointment.

The region is expected to see more snowfall Thursday into Friday.

“It looks like there will be snow starting tomorrow afternoon, which will continue into the day Friday,” meteorologist Michael Evans of the National Weather Service in Albany said. “It will taper off to flurries by noon Friday.”

The Twin Counties will likely see 3 to 6 inches, with the heavier snowfall hitting south of the region, Evans said.

“If the storm were to shift further north, we could see 6 inches or more,” he said. “It’s a little uncertain, it’s kind of on the edge.”

Temperatures will be in the 20s with light wind speeds of 10 mph or less, Evans said.