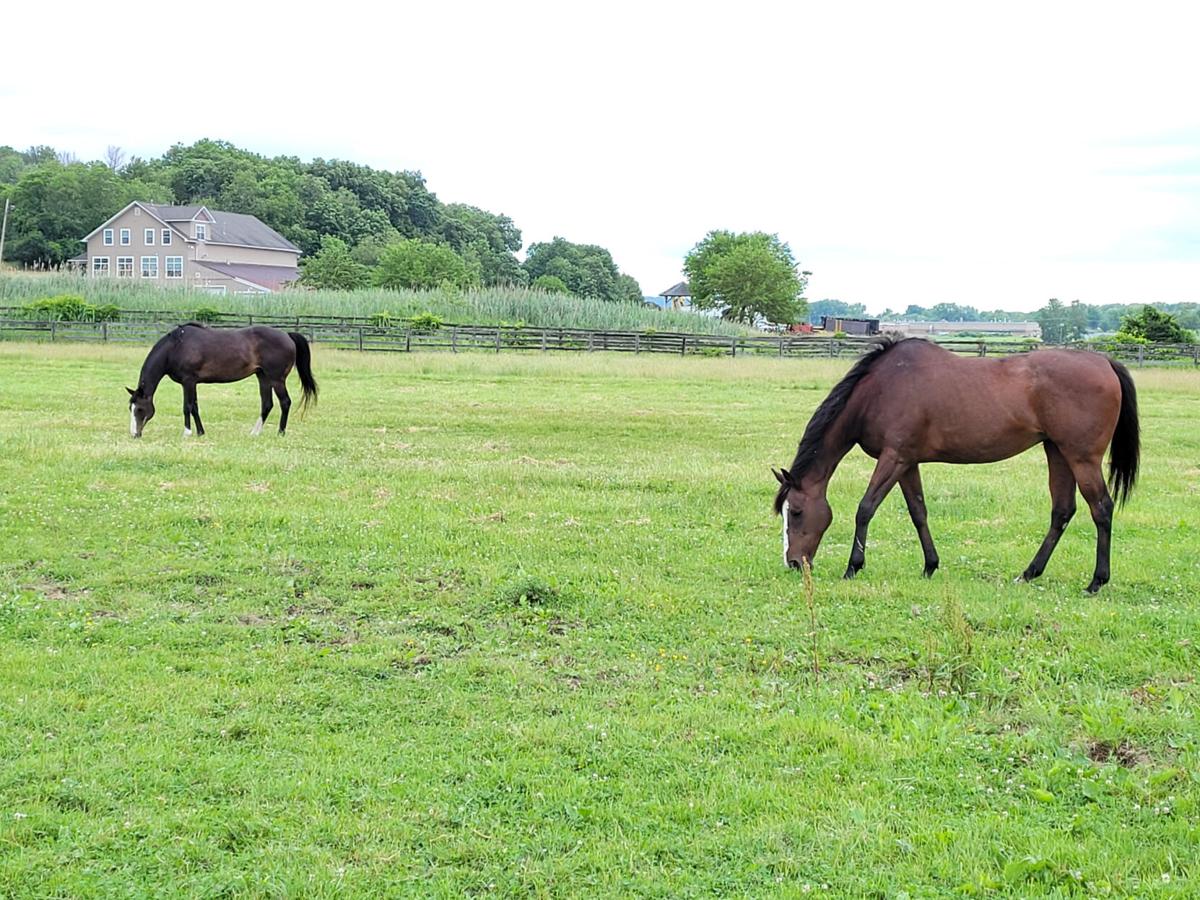 Zoom Zoom Zelda and Fudge Ripple, both saved from shipping to slaughter by Unbridled. Zelda was bred, foaled and raced in New York. Under the new law, horses like Zelda will be protected while in New York. Contributed photo 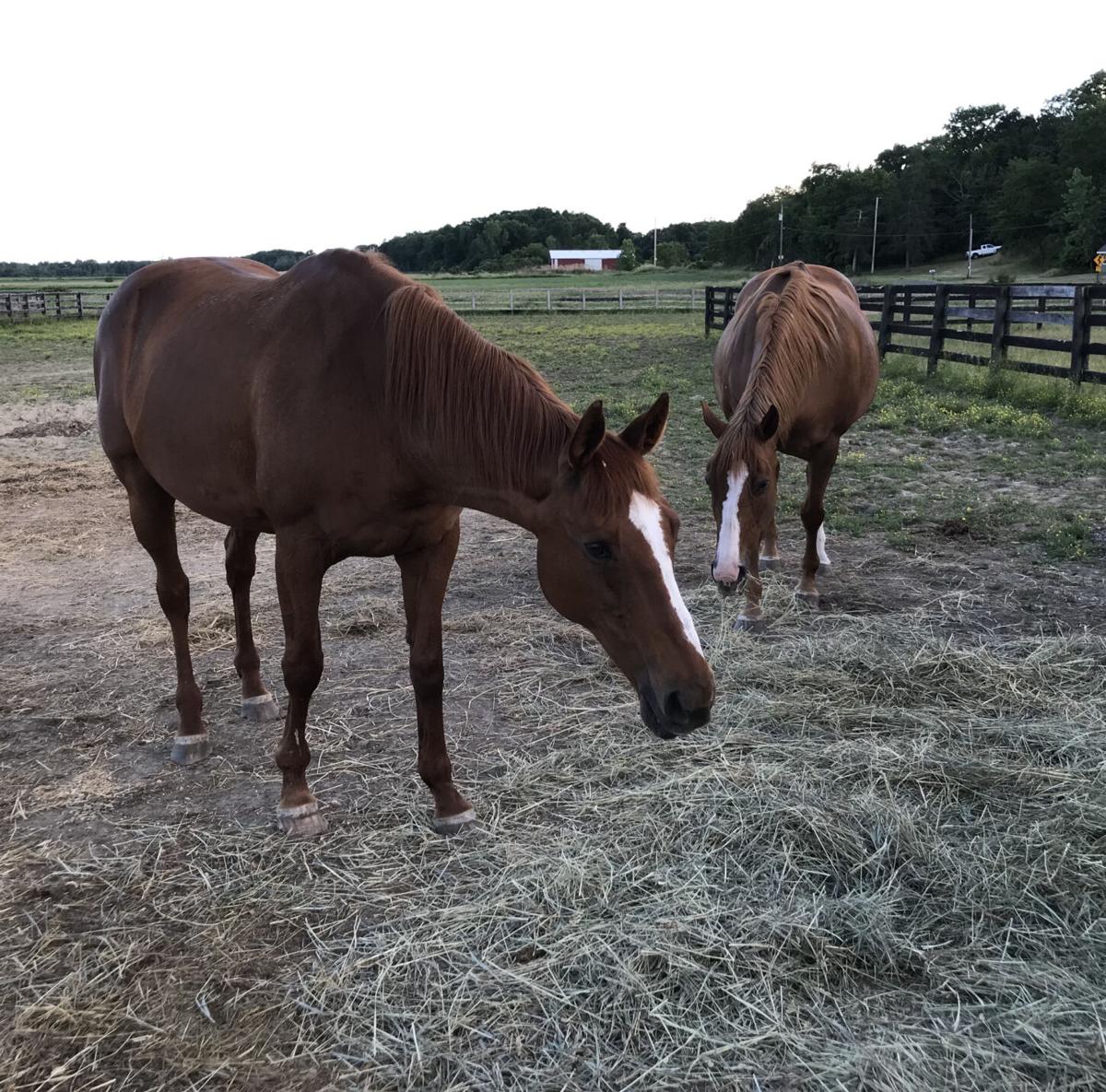 State legislation that would ban the slaughter for retired racehorses and breeding stock is awaiting a decision from the governor. Contributed photo 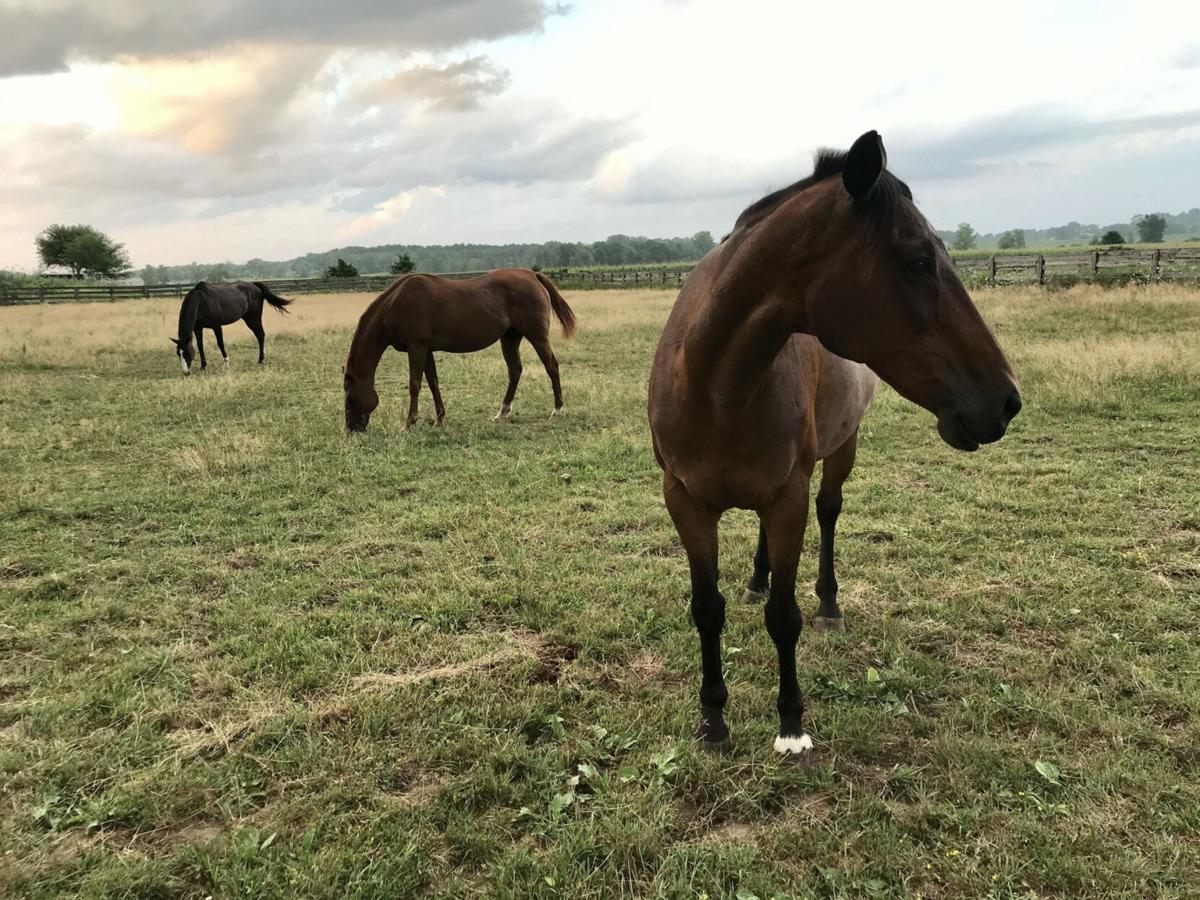 Zoom Zoom Zelda and Fudge Ripple, both saved from shipping to slaughter by Unbridled. Zelda was bred, foaled and raced in New York. Under the new law, horses like Zelda will be protected while in New York. Contributed photo

State legislation that would ban the slaughter for retired racehorses and breeding stock is awaiting a decision from the governor. Contributed photo

State legislation banning the sale of racing and breeding stock horses for slaughter is awaiting a decision from the governor’s office.

The Senate bill, S1442-B, and the accompanying Assembly legislation, A4154B, would amend New York State Agriculture & Markets law to forbid the slaughter of these animals for commercial purposes, including human and animal consumption.

The bill also provides for a process enabling individuals and corporations to make voluntary contributions through tax returns to fund after-care programs for horses.

The law would also require the animals to be fitted with microchipped.

The legislation was passed unanimously June 1 in the state Senate and June 9 in the Assembly.

“Our neighbors to the north still practice the barbaric act of slaughtering horses for human consumption,” bill sponsor Assemblyman Gary Pretlow, D-Mount Vernon, said Wednesday. “It has been outlawed in the U.S. for years, but Canada and Mexico still do it. When horses outlive their ‘useful lives’ they are sold off to kill pens in Canada where they are brutally slaughtered and chopped up and sold to Europe and Asia for human consumption. I don’t think horses should be treated that way.”

Horse slaughter and euthanasia are not the same thing, according to the New York State Humane Association.

“Euthanasia means a painless death. Horse slaughter involves striking a horse several times with a ‘captive bolt,’” according to the organization’s website. “Despite being struck by the captive bolt, sometimes the horses are not properly stunned, but rather remain conscious, requiring several blows before they are rendered unconscious.”

Horses sold for slaughter frequently face other forms of inhumane treatment including abuse during shipment to slaughter houses, according to the group.

The legislation also provides for tracking what happens to racehorses when their racing careers are over.

“These horses, especially the thoroughbreds, who have a short racing career, if they are not fit for stud, there is not much use for them,” Pretlow said. “This legislation provides for retraining for these horses for other careers — we are requiring the owners of the horses to be responsible for the horses and we follow what happens to them.”

The Unbridled Thoroughbred Foundation, based in Coxsackie, applauded the state legislation and urges Gov. Andrew Cuomo to sign the bill.

The group has advocated for equine protection legislation since it was founded in 2004, said Susan Kayne, president of Unbridled.

“I have spent much time lending language to legislative initiatives to reveal the reality of Thoroughbred slaughter, and most importantly in this bill, to include protection for breeding stock,” Kayne said.

If adopted, the law would prohibit race and breeding horses from being knowingly sold or transported for slaughter for human or animal consumption. The prohibition does not apply to other types of horses because it met with resistance from farming advocacy groups, Pretlow said.

Horse meat is banned in the U.S. for human consumption, but animals are sold and shipped to Canada for slaughter.

“New York’s own Northway has long served as a main artery to transport thousands of thoroughbreds to a brutal death in Canadian slaughter plants,” Kayne said.

She urged the governor to sign the legislation, but said action needs to be taken at the federal level as well.

“Until horses are federally protected from transit to slaughter, they all remain in grave danger,” Kayne said.

Unbridled volunteer and animal advocate Maureen Gannon said the legislation is a step in the right direction.

“I just look at the horses we have here and there are many, many more, and to see what these animals face if they are caught up in the whole kill-pen/slaughter pipeline, this is a blessing,” Gannon said.

She hopes the bill will also help to educate people about the treatment of horses.

“I didn’t know about this when I became a volunteer. I just wanted to be around horses,” Gannon said. “I had no idea what their plight was, but once you know it, you can’t unknow it. To realize that these beautiful beings that I love being with and that I consider friends at this point — to think about them being in that situation is horrifying to me.”

ALL horse slaughter should be banned in NY. Horses are picked up at auctions in NY (Unadilla) and PA ( New Holland) - but not just these places.....and are shipped to Mexico and Canada for consumption. Yes Canada via Northway. There are many different rescues that go to these auctions to save the ones they can.

why are tax payers footing the bill for pet care?