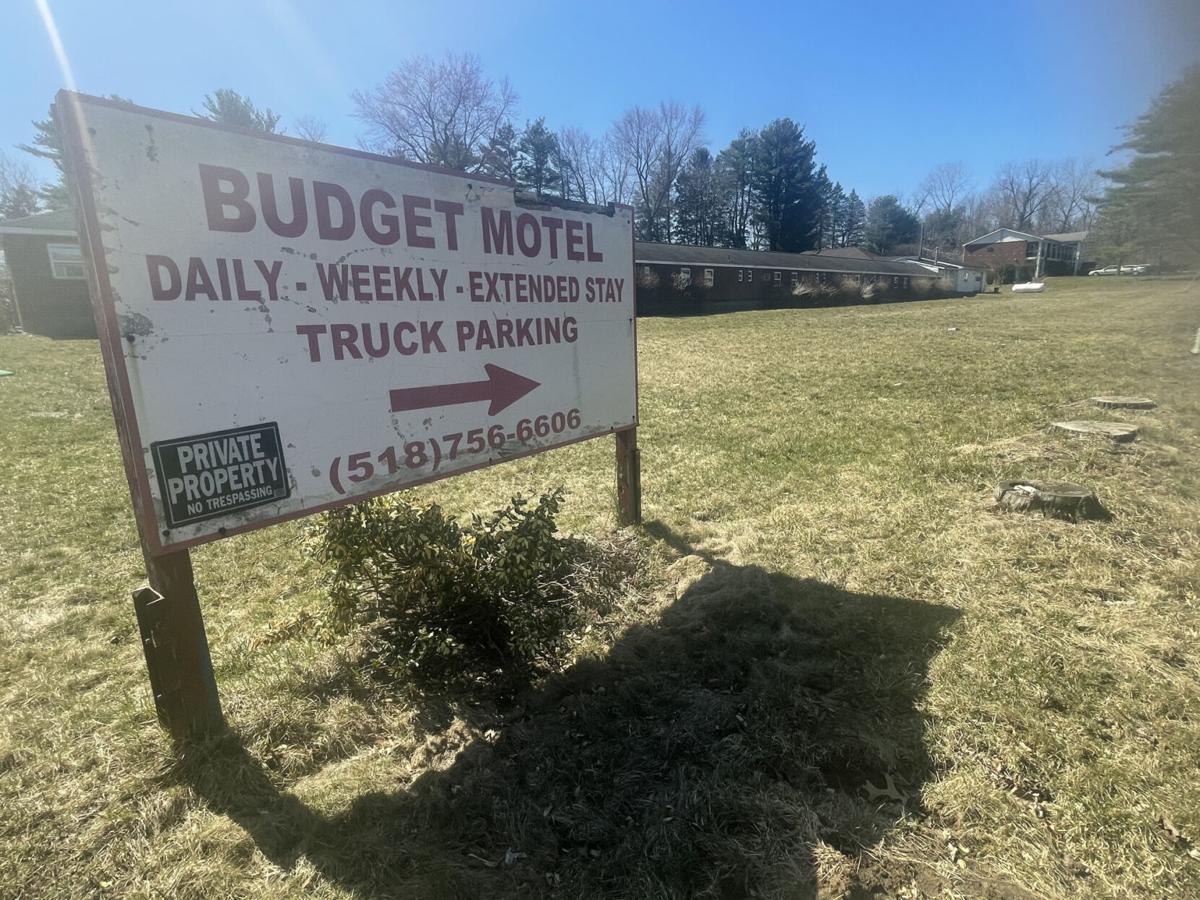 The site plan application for the conversion of the former Budget Motel on Route 9W was approved by the New Baltimore Planning Board on Thursday. File photo 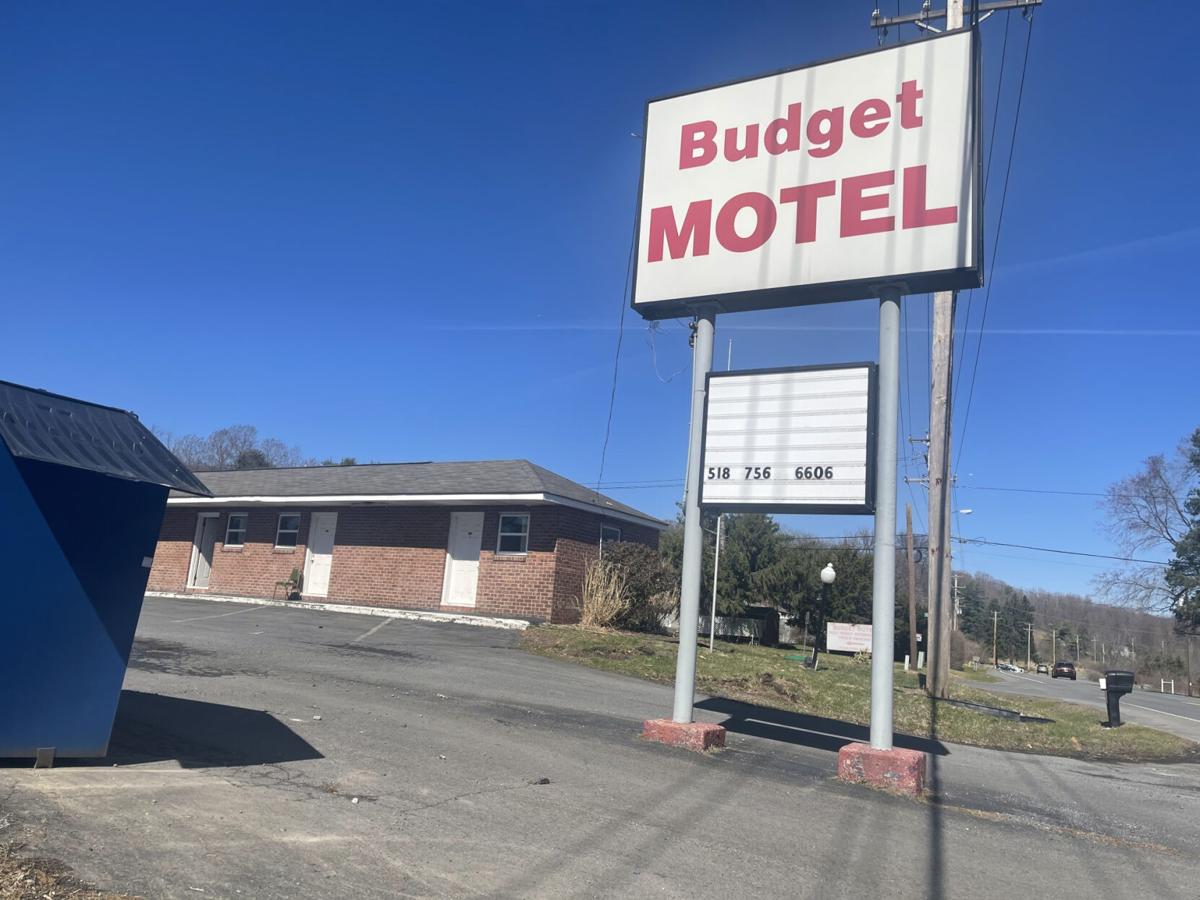 Plans have been approved to convert the former Budget Motel into 12 one-bedroom apartments and four studio units. File photo

The site plan application for the conversion of the former Budget Motel on Route 9W was approved by the New Baltimore Planning Board on Thursday. File photo

Plans have been approved to convert the former Budget Motel into 12 one-bedroom apartments and four studio units. File photo

NEW BALTIMORE — The site plan application for the conversion of the former Budget Motel into housing units was approved by the town planning board Thursday night.

The building will not be designated a 55-and-older living community, which earlier presentations by the developer to the planning board had specified.

The approval comes following two public hearings after the first hearing, held April 8, was adjourned when questions remained about the plan and the application that were filed with the town.

Developer Stefan Sanzi revised the plans and application and resubmitted them to the town, detailing the updated information about the project.

Sanzi and business partner Gregory Berardi purchased the Route 9W property March 31, paying about $800,000 for the site, including the motel, which consists of two buildings; a one-family house and office; and a building behind the motel where families currently live.

The plan is to convert the former motel, which has been largely vacant for years, into apartments.

“There are 28 current rooms and we are going to consolidate them into 12 one-bedrooms and four studios or efficiencies,” Sanzi said.

Studio apartments will be rented for between $700 and $800 a month, and one-bedroom units will go for about $900, which includes utilities, Sanzi said in a March interview.

The original plan filed with the town did not include studio units and was one of the reasons the April public hearing was adjourned.

Each studio unit will be 225 square feet and conforms with state law.

“We don’t have anything specific in our guidelines so we go with the state regulations,” planning board chairman Robert Van Etten said.

State regulations on studio apartments require them to be a minimum 150 square feet, Sanzi said.

Of the remaining buildings on the site, the building behind the motel — which does not need site plan approval because its use is not changing — is being renovated and the house will soon be occupied.

“There were five vacancies in the 12 units in the back and we just completed five renovations there and we are putting them up for rent,” Sanzi said. “I just rented the house to a family that is going to help with the general grounds for us and once this is approved, I will start this (motel) project, probably within a month.”

While earlier presentations to the planning board indicated the former motel would be designated for tenants ages 55 and older, that is no longer the plan.

“This was billed as senior living from the day they walked in here and now it’s not that,” planning board member Frank Orlando told the applicant. “There are no restrictions unless you put them yourselves, which I don’t think you can do by law.”

Sanzi said market research indicated there was a need for senior housing in the area, but it will not officially be designated as such.

“The word ‘senior’ was confusing as far as there aren’t any services like nurses or pharmacy needs or anything like that,” Sanzi said.

Depending on how the units are filled, Sanzi said he may be able to market it as 55 and older housing.

“By law, if it’s 80% over, we can market as a 55 and older living community,” he said, adding the remaining 20% of apartments can be rented to tenants of any age.

“When we first heard of this project, people were really excited because we have such limited senior housing here,” Alfeld said. “I don’t know if people’s minds were changed into thinking now it will be a general public type of apartments.”

The site plan approval includes several conditions. All existing signage for the “Budget Motel” will be removed, with replacement signage required to comply with town codes.

“We also talked about the dumpster being right in the front of the property,” planning board member Michelle Stefanik pointed out.

Sanzi agreed he would have the blue dumpster, currently in front of the motel on Route 9W, moved to the rear of the building and enclosed by a privacy fence.

Two potentially good additions to the tax rolls—one residential (this one) and the warehouse project further south. Keep these improvements coming. If the town board members, IDA, etc. scared these up, great. If not then springboard off of them to attract more useful and reasonable development. You can’t rely on the NYC transplants continuing to drive up the residential assessments. The tax base needs diversity. It would also help if LaFarge would stop being a bad neighbor.