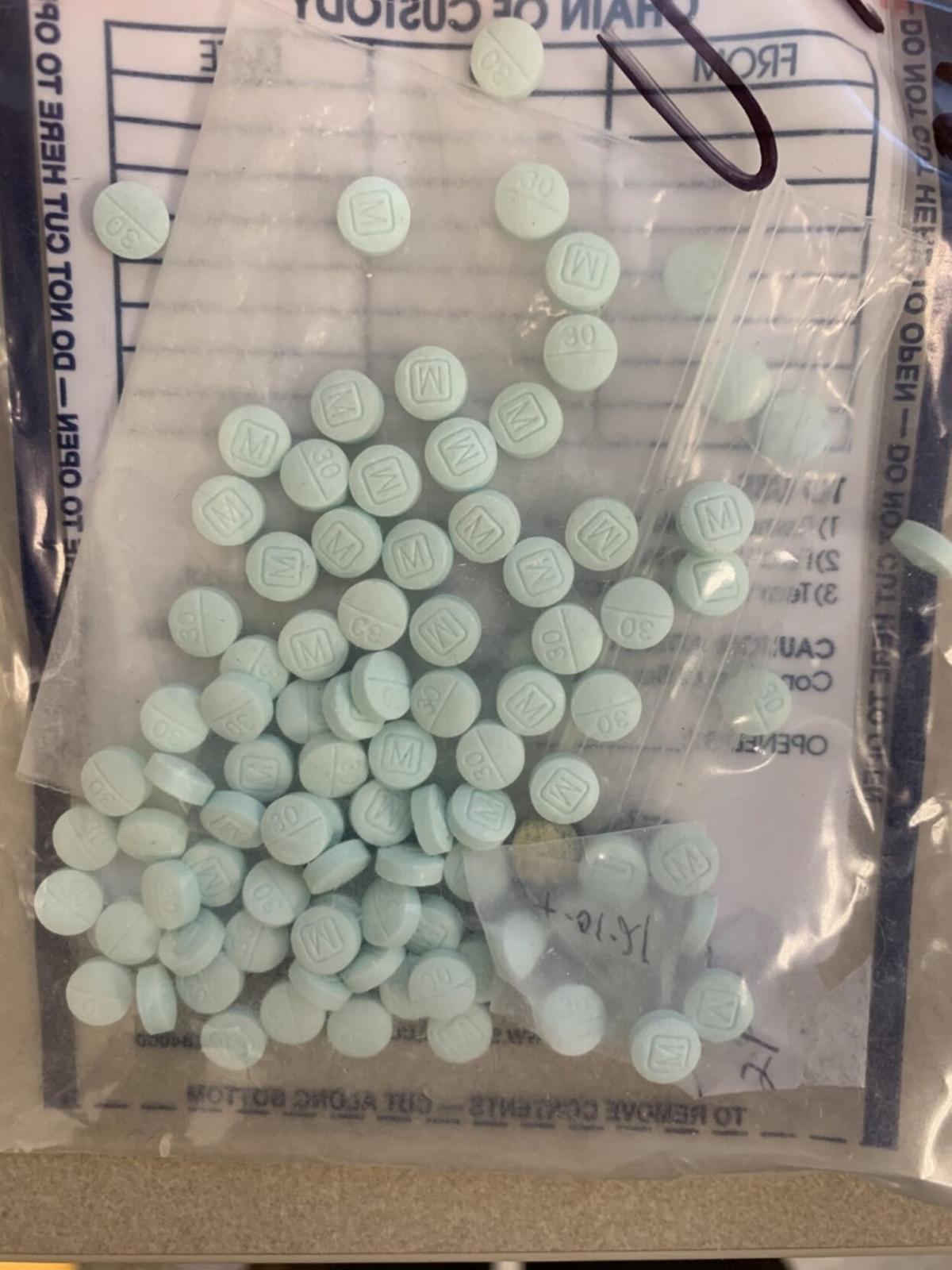 Counterfeit pills confiscated during an arrest in Hudson in April. The pills appeared consistent with oxycodone, but were actually made of fentanyl, police said at the time. File photo 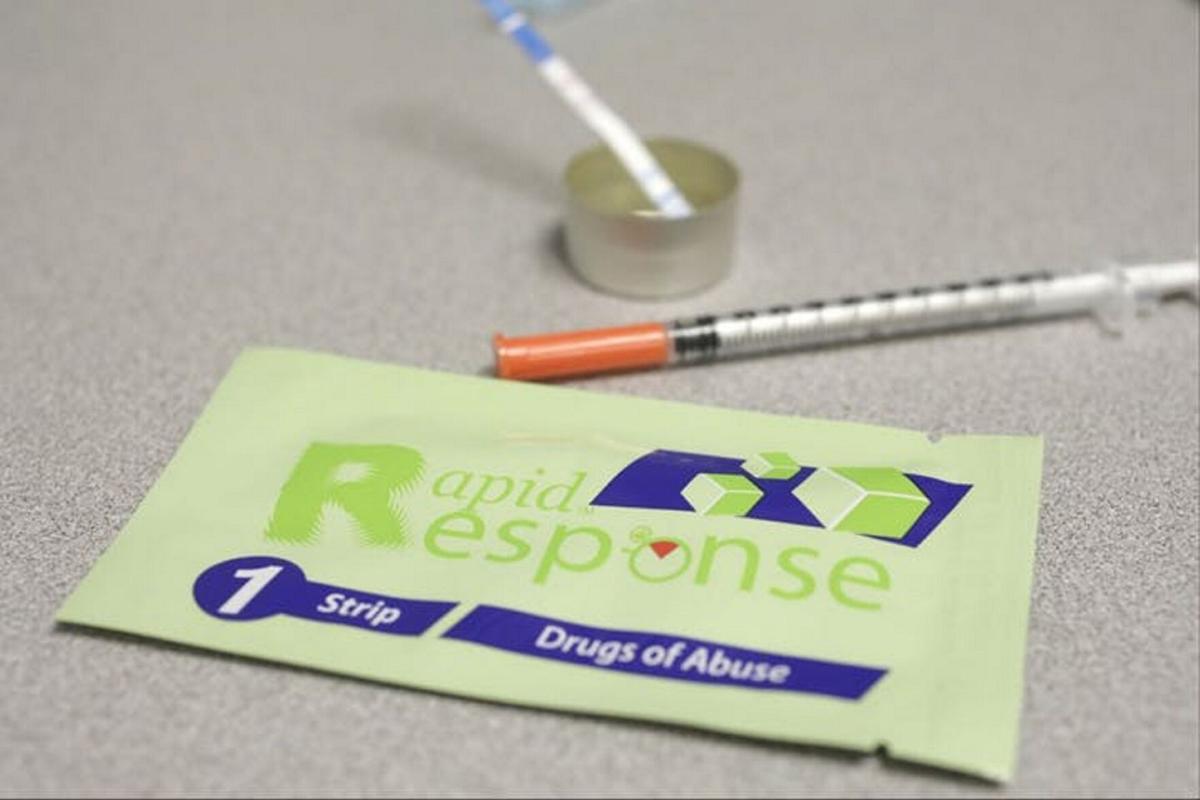 Test strips used to check drugs for the presence of the synthetic opioid fentanyl. Courtesy of Tribune News Service

Counterfeit pills confiscated during an arrest in Hudson in April. The pills appeared consistent with oxycodone, but were actually made of fentanyl, police said at the time. File photo

Test strips used to check drugs for the presence of the synthetic opioid fentanyl. Courtesy of Tribune News Service

The street pill you are taking may not be what you think.

That’s the message advocates for addiction recovery are sending to individuals who use illegal street drugs.

What users think are opioids such as oxycodone or hydrocodone may in fact be counterfeit fentanyl pressed pills, which are stronger and more lethal, according to the federal Drug Enforcement Administration.

The agency released a public safety alert warning about an “alarming increase in the lethality and availability of fake prescription pills.”

The alert does not apply to legitimate pharmaceutical medications, according to the agency.

“DEA and its law enforcement partners are seizing deadly fake pills at record rates,” according to the agency’s alert. “More than 9.5 million counterfeit pills were seized so far this year, which is more than the last two years combined.”

An arrest was made locally earlier this year in which a Hudson man was charged with having 98 blue-colored pills that looked like 30-milligram oxycodone pills, but were actually fentanyl, Lt. John Rivero of the Columbia County Sheriff’s Office said.

“In our area back in April, the Columbia County Sheriff’s Office made a large arrest for counterfeit oxycodone pills, which were instead all fentanyl — they weren’t oxycodone at all,” Carl Quinn, program director at Greener Pathways, said Friday.

It is unclear whether any recent overdoses can be linked to fentanyl pills masquerading as other opioids, Quinn said.

“We have heard of some overdoses possibly tied to that, but we have to wait for toxicology to come back on the overdoses and that takes a long time,” he added.

While no overdoses have been definitively linked to counterfeit pills, Quinn said fake pills may be in the local area and those who use pills acquired on the street should be aware.

“There are reports that counterfeit pills are making the rounds in Greene County,” Quinn said. “Once in a while we see a client who tells us they took a pill they thought was oxycodone or Xanax, but they had a bad reaction to it so those may have been fentanyl pills. But we do not have confirmation that they were fentanyl.”

Fentanyl is a synthetic opioid that is significantly stronger and more lethal than other opioids, Quinn said.

“Fentanyl is 100 times more potent than a regular opioid,” Quinn said. “It produces a different type of high because of the strength of the drug.”

Individuals in active addiction who take the pills may not realize they are counterfeit and take a dose high enough to prove lethal.

“Normally, if they took three oxycodone and in a few days get a different supply and took another three, all of those could be fentanyl and could be deadly,” Quinn noted. “Some of these pills look exactly like the real thing, so you can’t tell by looking at it.”

Hudson Police Chief L. Edward Moore said there have not been any arrests for counterfeit pills in the area recently, and that most of the overdoses this year were linked to heroin. But police are always on the alert.

“When we have overdose spikes, we alert our officers so they are aware and we try to heighten our alertness,” Moore said.

Greene County Sheriff Peter Kusminsky said counterfeit pills have not been found locally at this time.

“We have not encountered any of those fake pills yet,” Kusminsky said. “We have some intelligence that they are being made, but I don’t know if they just haven’t gotten here yet.”

Drugs purchased on the street should never be trusted, he added.

“Trust the prescription medication you get at the pharmacy. You can’t trust what you purchased on the street,” Kusminsky said.

Coxsackie Police Chief Sam Mento said counterfeit pills are out there, but none have been found in his jurisdiction.

“I have been to a couple of meetings with local agencies where we talked about this, but it hasn’t hit our area yet as far as I know,” Mento said. “It is out there, but I haven’t seen it here yet.”

Mento advised individuals to be cautious about what they ingest or use.

“Be very cautious what you put into your body because these things can have very bad effects,” he said.

Quinn said help for those in active addiction is available.

Greener Pathways offers support for individuals looking to overcome addiction, and also provides test strips that can test drugs for fentanyl for those still using.

“We provide fentanyl test strips so their supply can be tested before they use it,” Quinn said. “There is no foolproof way to tell, and that is why we stress to people that they should assume their supply is contaminated. There is no safe drug supply.”

Anyone looking for assistance with overcoming drug addiction or test strips to check their drug supply can call Greener Pathways at 518-291-4500.

How farmers can plan to increase income potential