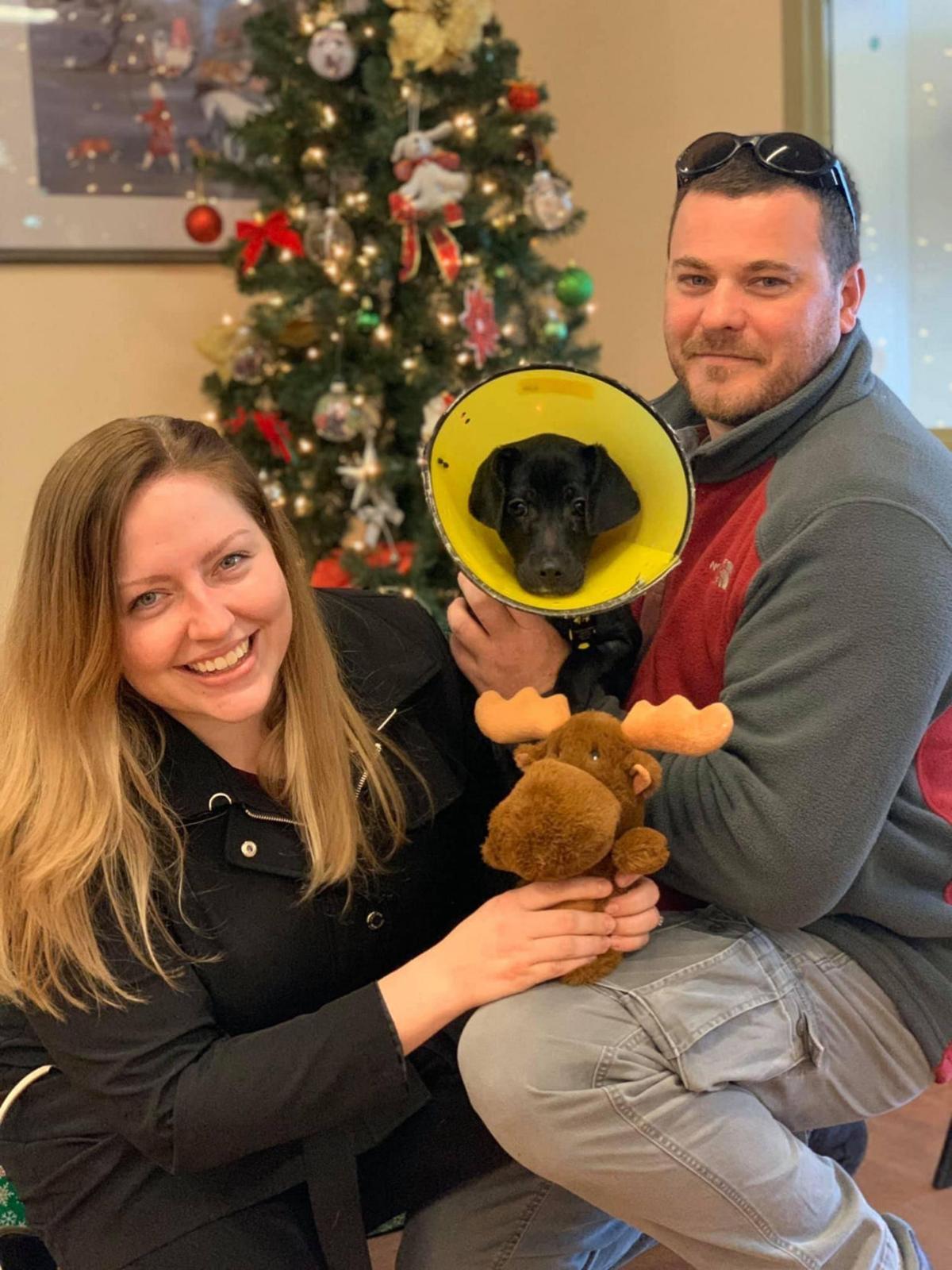 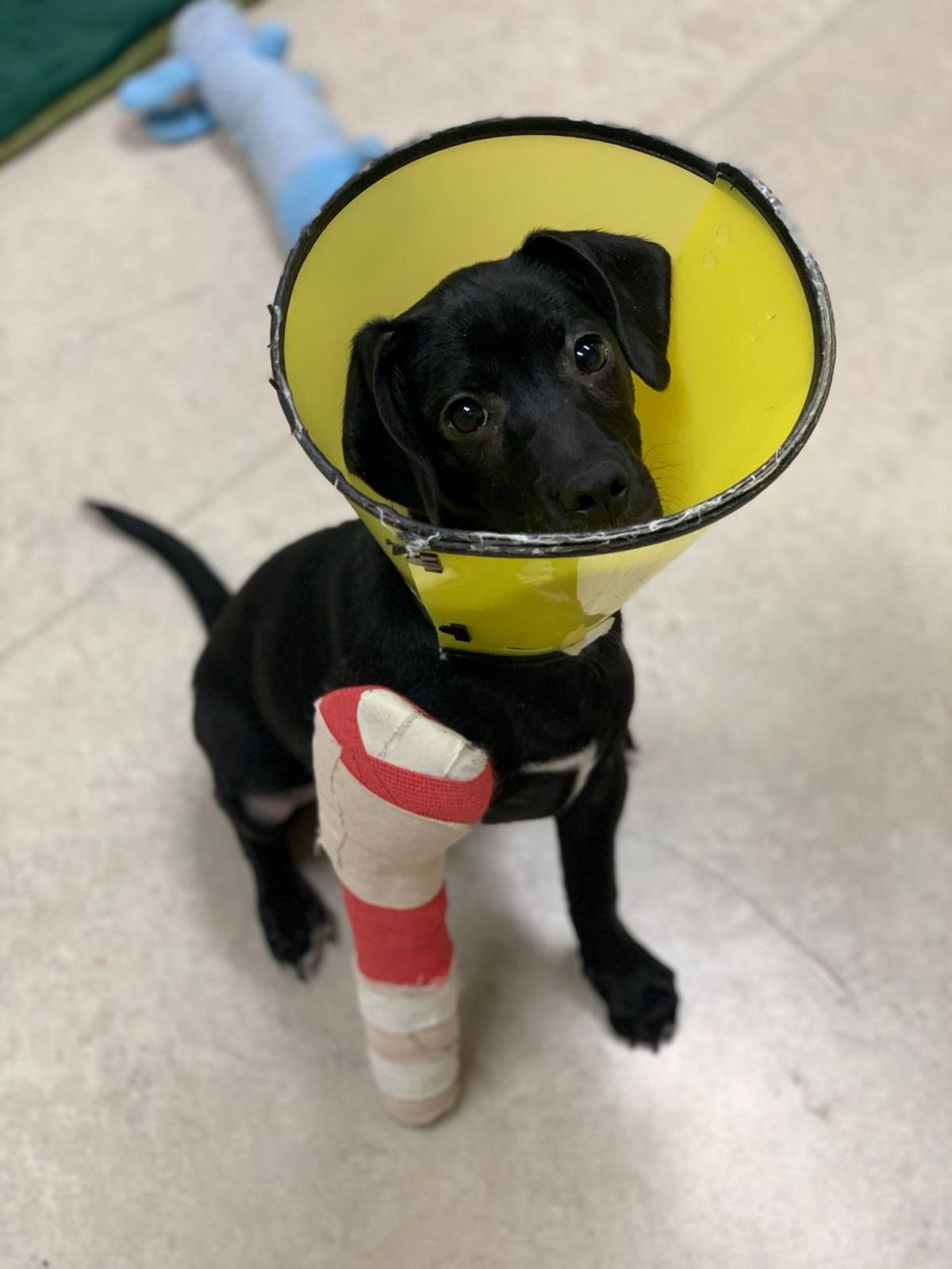 NASSAU — Bringing home a spunky puppy in time for the holidays felt like fate to a young Rensselaer County couple.

The three-month-old black labrador mix named Rudy captured the hearts of many in the local community when he was discovered on Thompson Street in Catskill earlier this month with a broken leg. Rudy was taken to the Columbia-Greene Humane Society in Hudson for treatment and to find a new home.

An investigation by Catskill Village Police revealed that Rudy’s original owner, Unique Norfleet, 22, of Catskill, made the 911 call reporting an abandoned dog.

Norfleet has been charged with falsely reporting an incident, a class A misdemeanor, Catskill police said.

As Rudy’s story went viral around the region, Rebecca Barnhart-Rundblad and her fiance Fred Rundblad felt an inexplicable connection with the injured pup.

“We saw him on the news one night and something just felt right,” Barnhart-Rundblad said. “We found out what shelter he was at and it felt even more right.”

The couple had adopted another dog, named Suki, also a mix, back in 2017 from the Columbia-Greene Humane Society, Barnhart-Rundblad said.

Suki was around eight years old when the couple adopted her.

“We unfortunately lost her in August, right around the time Rudy was born,” Barnhart-Rundblad said.

The two dogs share a unique marking on their chests, she added.

“My fiance, Fred, called me and said he had called the shelter,” Barnhart-Rundblad said. “Jessica at the shelter told us we were second on the list.”

The people interested in Rudy ahead of Fred and Rebecca backed out when they learned about the aftercare he would need, Barnhart-Rundblad said.

Rudy required orthopedic surgery on his broken leg at an estimated cost of $1,500.

With her background in nursing, Rebecca plans to keep a watchful eye over Rudy.

“He’s been doing really well,” she said. “He gets his stitches out Tuesday.”

A bum leg has not dampened Rudy’s spirits one bit, Barnhart-Rundblad said.

“He has a spunky personality,” she said.

Rudy is growing up alongside the couple’s five-month-old golden retriever, Lou-Lou.

“They absolutely love each other,” Barnhart-Rundblad said.

“We did not determine that he did anything to that dog,” Darling said. “The vet said it could have had its foot stuck in something.”

Spring cleaning for spring allergies: 6 steps from the experts

What to Know About Financial Advising Career Paths