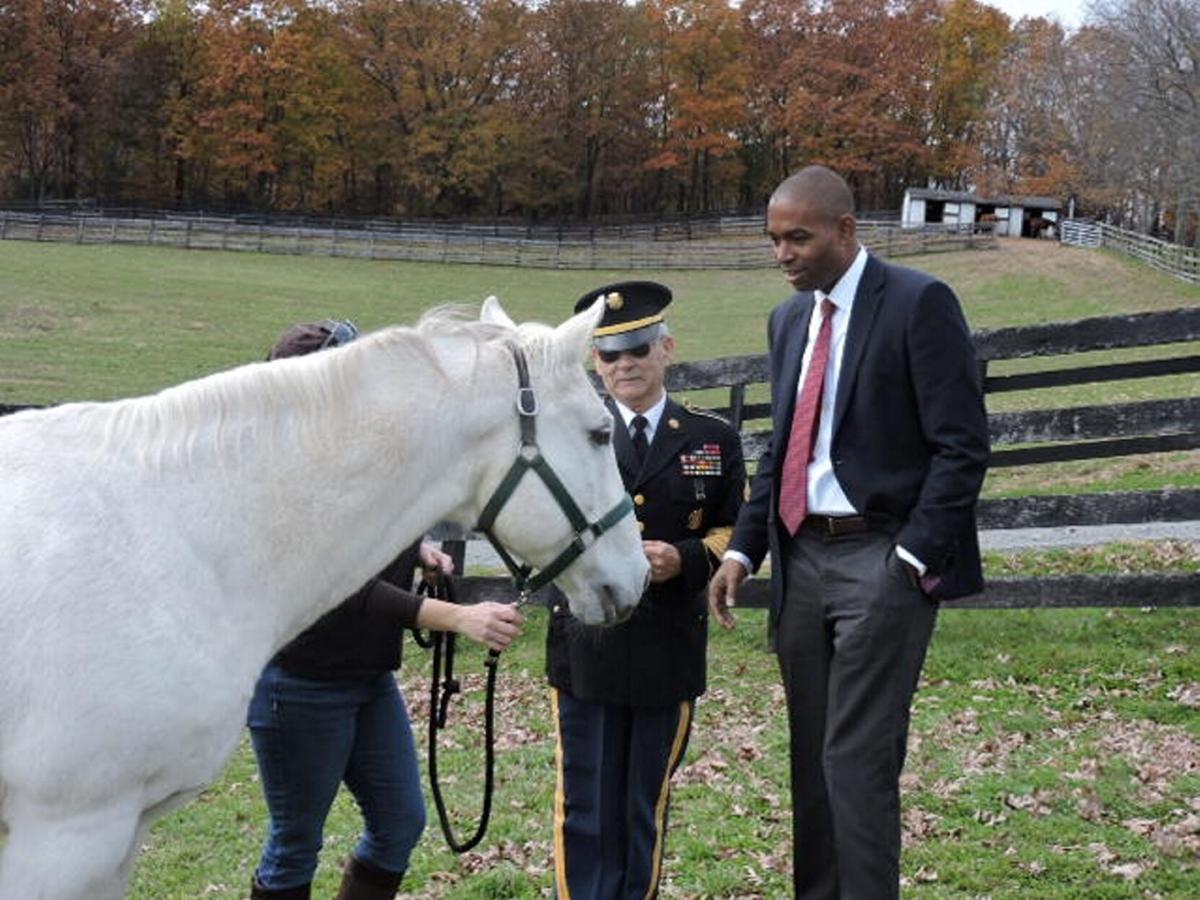 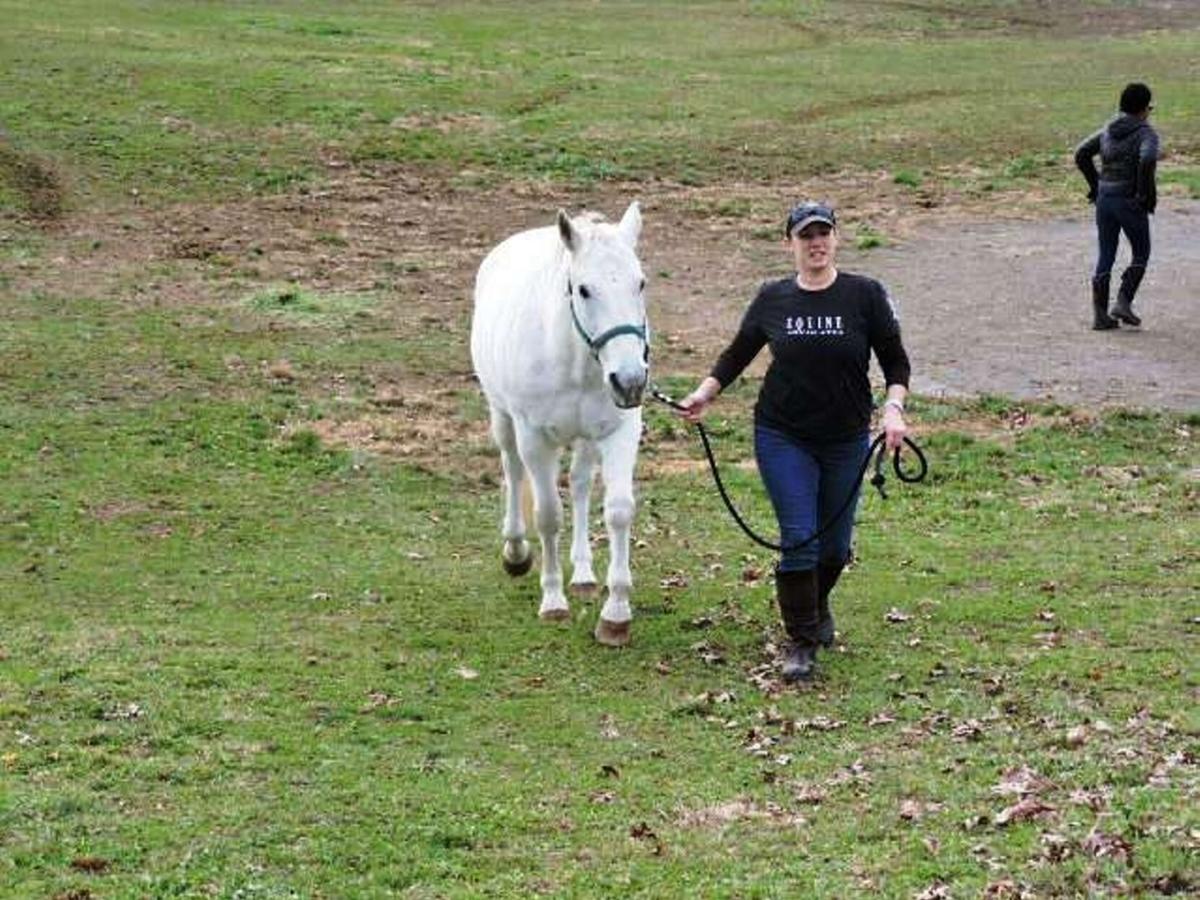 Tyler, a retired military horse with the U.S. Army’s Caisson Platoon, was honored for his service by a crowd of veterans and elected officials Thursday at his home at Equine Advocates Rescue and Sanctuary in Chatham.

“It’s such a pleasure to come at Veterans Day from this angle,” Delgado said. “There’s so many elements to the honor of what this day means. Whether it’s our communities, whether it’s the families of veterans, whether it’s horses, there’s a sense that we are all really leaned in collectively and done everything we can to uphold our values. The values to me are what I focus on, our men and women — and horses — who step up to protect and uphold.”

Delgado was joined by Assemblywoman Didi Barrett, D-Hudson, and more than a dozen local veterans, at Equine Advocates on Thursday.

Tyler is a 19-year-old grey gelding who served the country for nine years. He helped to lead the caskets of military members who were killed in action or died in their post-service years to their final resting places at Arlington National Cemetery in Virginia.

Equine Advocates President Susan Wagner said Tyler came to the rescue-and-sanctuary in January, and they wanted to do something special for his first Veterans Day at the facility.

Equine Advocates has 81 horses, Wagner said, and Tyler is the only non-rescue horse boarded there. Wagner said there is a long waiting list for people who want to adopt caisson horses when they retire, but Tyler has severe arthritis and cannot carry riders.

“It was decided that we would adopt him to be permanently retired,” Wagner said. “He serves a wonderful purpose here, because people come and they’re delighted to hear about his unique background and how he served the country, helping give hope and solace to grieving military families, and honoring them for their service. We’re beyond excited to have Tyler here.”

“My last assignment prior to retiring from the Army was as the command sergeant major of Fort Myer, Virginia,” Flaherty said. “Fort Myer is the home of the Old Guard and Caisson Platoon. It was a great honor to be part of memorial services and escort of the noncommissioned officers and enlisted personnel being buried at Arlington.”

Wagner founded Equine Advocates, a national nonprofit equine protection organization in 1996 after rescuing her first horse from slaughter. Since then they have rescued thousands of equines, including horses, ponies, donkeys and mules from slaughter, abuse and neglect. In 2004, they established Equine Advocates Rescue and Sanctuary, the 140-acre facility in Chatham, where they now operate.

“It’s a great privilege to have Tyler here,” Wagner said. “He has done so much during his long service in carrying out the sacred duties of the Caisson Platoon which include helping to honor military members who have died and bringing comfort to their grieving families. Tyler is an extremely intelligent horse and also very kind. We are delighted when visitors who come to the sanctuary learn about his unique background and the important service that he performed with the Caisson Platoon.”