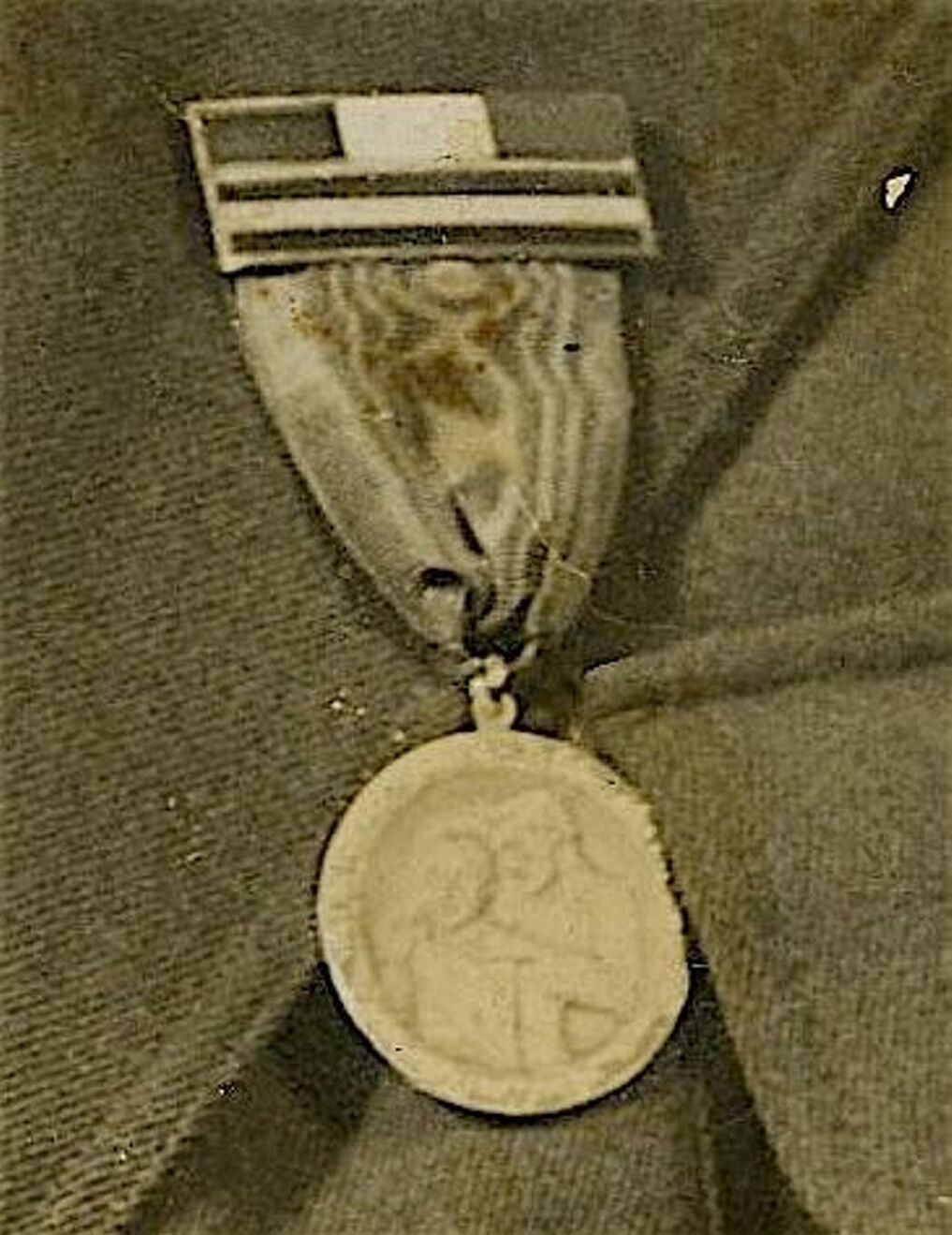 Spanish Civil War medal that was presented to Robert Raven in 1937. Contributed photo 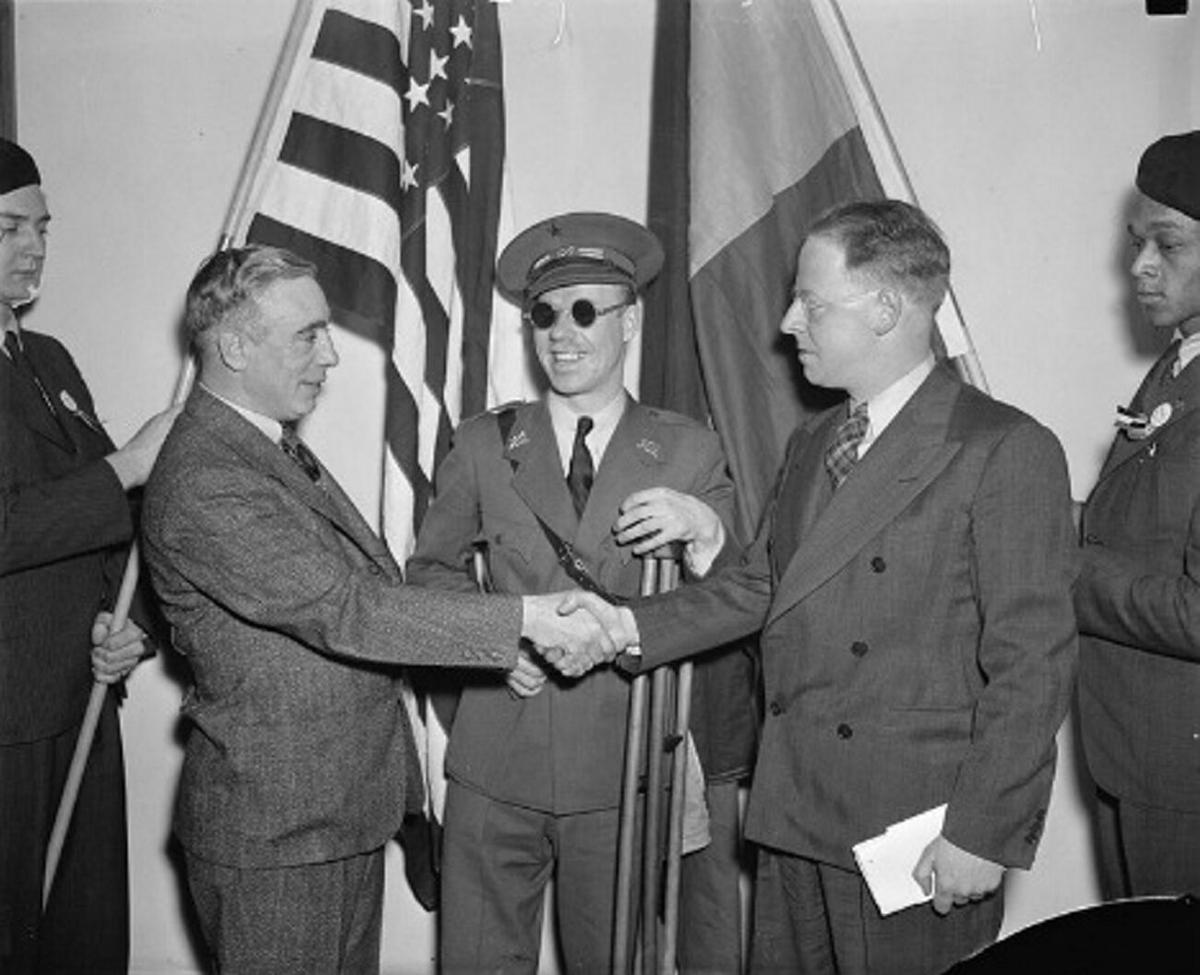 Robert Raven is honored for his service in the Spanish Civil War. Courtesy the Library of Congress

Spanish Civil War medal that was presented to Robert Raven in 1937. Contributed photo

Robert Raven is honored for his service in the Spanish Civil War. Courtesy the Library of Congress

CATSKILL — A Spanish Civil War medal awarded to a Catskill volunteer soldier in the late 1930s but was believed to be stolen more than two years ago is the object of a village police investigation.

Catskill Village Police are asking for the public’s help to find the stolen medal that was awarded to Robert Raven of Catskill, Lt. Ronald Frascello said. Robert Raven was born in 1912.

Stan discovered the medal was missing shortly after a woman, who was living at his home on Liberty Street, moved out, Frascello said.

Police questioned the woman at the time and she denied knowing anything about the medal, Frascello said.

After exhausting all other attempts to find the medal, and with the trail turning cold, police are looking for the public’s help, Frascello said.

The medal is gold in color and depicts Abraham Lincoln with his hands on the shoulder of a soldier, Frascello said. The back of the medal is engraved with the name J. Robert Raven.

The medal is a family heirloom, Frascello said. No questions will be asked if the medal is turned over to Catskill Police.

Robert Raven was a member of the Abraham Lincoln Brigade in the Spanish Civil War. He was severely wounded in 1937 during the war and was issued the medal a short time later.

The Lincoln Brigade was a group of volunteers from the United States who served as soldiers, technicians, medical personnel and aviators fighting for Spanish Republican forces against the forces of Gen. Francisco Franco and his Nationalist faction, according to Encyclopedia Britannica’s website. The Spanish Civil War began in 1936 and ended in 1939.

Robert Raven decided to join the brigade because he wanted to support democracy, and because Adolf Hitler and Benito Mussolini were supporting the Nationalists, Stan Raven said.

In 1937, a grenade severely injured Robert’s legs and virtually blinded him, Stan said.

While Robert was recovering at an Army hospital behind the front lines, he was visited by author Ernest Hemingway, who was in Spain to cover the war for the North American Newspaper Alliance, Stan said.

Hemingway would mention Robert in his writings on the war, a compilation titled “Post Scripts,” Stan said.

After returning from the war, despite his wounds, Robert toured the United States, recruiting volunteers for the ongoing war effort, Stan said.

The war ended on April 1, 1939, as the Nationalists entered Madrid. Up to a million lives were lost in the war, according to Encyclopedia Britannica’s website.

Catskill Police are looking for any information that will lead them to the medal’s whereabouts. All calls will be kept confidential.

Anyone with information is asked to contact Detective Stephen Deitz at (518) 943-2244, or stop into the Catskill Police Station at 422 Main St.