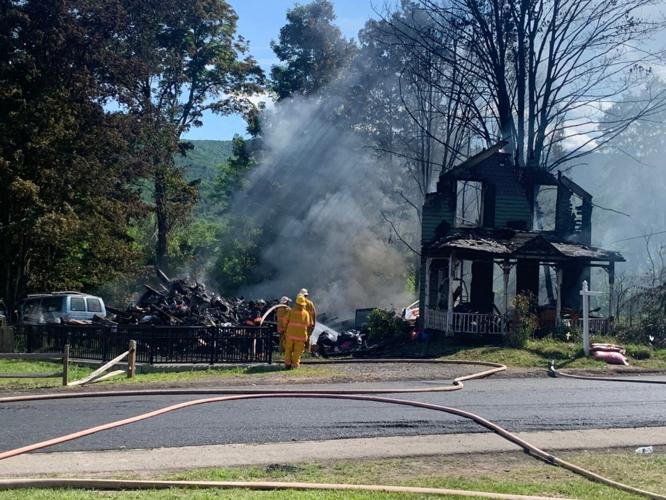 Lance Wheeler/for Columbia-Greene MediaTwo houses in Ashland were destroyed in a massive fire, following an accident on Wednesday. 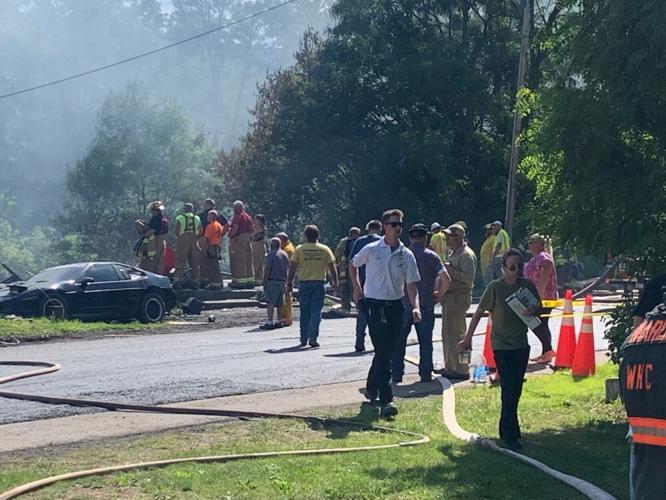 Lance Wheeler/for Columbia-Greene MediaAn army of first responders were on the scene of a large fire and accident in Ashland on Wednesday. 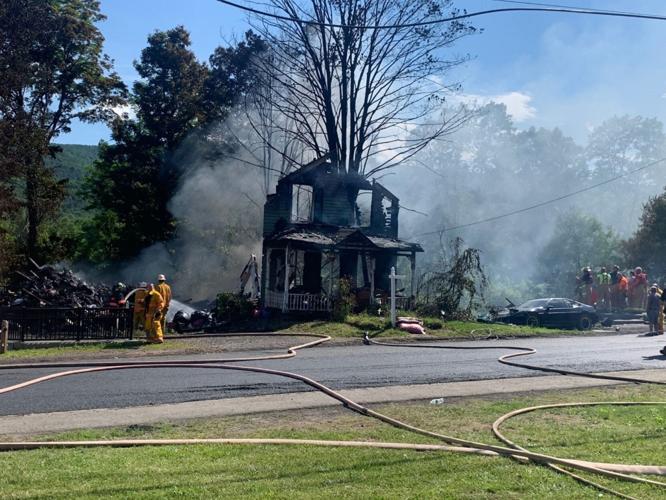 Lance Wheeler/for Columbia-Greene MediaThe driver of a dump truck was killed and Two houses in Ashland were destroyed in a massive fire, following an accident on Wednesday. 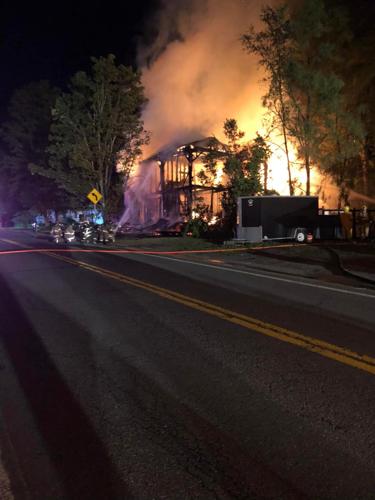 Lance Wheeler/for Columbia-Greene MediaTwo houses in Ashland were destroyed in a massive fire, following an accident on Wednesday.

Lance Wheeler/for Columbia-Greene MediaAn army of first responders were on the scene of a large fire and accident in Ashland on Wednesday.

Lance Wheeler/for Columbia-Greene MediaThe driver of a dump truck was killed and Two houses in Ashland were destroyed in a massive fire, following an accident on Wednesday.

ASHLAND — The driver of a dump truck hauling a full load of asphalt was killed after the vehicle’s brakes failed and the truck crashed into a vacant house, which burst into flame, said Capt. Tracey Quinn of the Greene County Sheriff’s Office.

The driver of the truck, Chasondra McGill, 37, of Schenectady, was pronounced dead at the scene, Quinn said.

At about 1:36 p.m., Greene County 911 sent Ashland Fire Department to 12147 Route 23, after receiving numerous reports of the accident and fire.

Workers, who were nearby, attempted to rescue the woman, but were driven back by heat and flames, Quinn said. A firefighter from the Ashland Fire Departmenr was taken to Albany Medical Center for treatment of smoke inhalation after also trying to rescue the driver.

A preliminary investigation at the scene determined that the tandem axle dump truck was traveling south on West Settlement Road down a steep grade when the driver lost control of the truck and was unable to stop at the intersection of Route 23.

The truck crossed over Route 23 at a high rate of speed, left the road and struck a vacant house, which immediately burst into flame, Quinn said.

The fire then spread to an adjacent vacant house which was also completely destroyed. The intense heat of the fire also caused damage to the siding of a third house across the street from the scene, Quinn said.

All available manpower was requested to the scene.

Fire crews had to use heavy equipment to assist in extinguishing the flames, which took several hours.

The truck that crashed was one of several contracted for use by Callanan Construction to repave Route 23. The truck was fully loaded with asphalt at the time of the crash, Quinn said.

Route 23 was closed for several hours, while crews worked, and the investigation was taking place. The road was reopened at 10:23 p.m.

The investigation into the crash remains ongoing, Quinn said.

The two homes that were lost in Ashland was the second major fire in Greene County on Wednesday.

A house in Durham was destroyed by fire early Wednesday morning.

At about 2:18 a.m., a caller told Greene County 911 that their house was on fire, and they believed that everyone had gotten out safely.

The house, at 7808 Route 81, was fully engulfed in flames when firefighters arrived.

Fire officials confirmed that all occupants of the home got out safely, and there were no injuries to firefighters.

All firefighters were back in service about 11:00 a.m.

Crews were called back to the scene about 1:08 p.m., when the fire rekindled.

The second house was not vacant. There was a couple who lived there that was at work at the time and they’re dogs and other animals burned in the fire as well as all of their things.