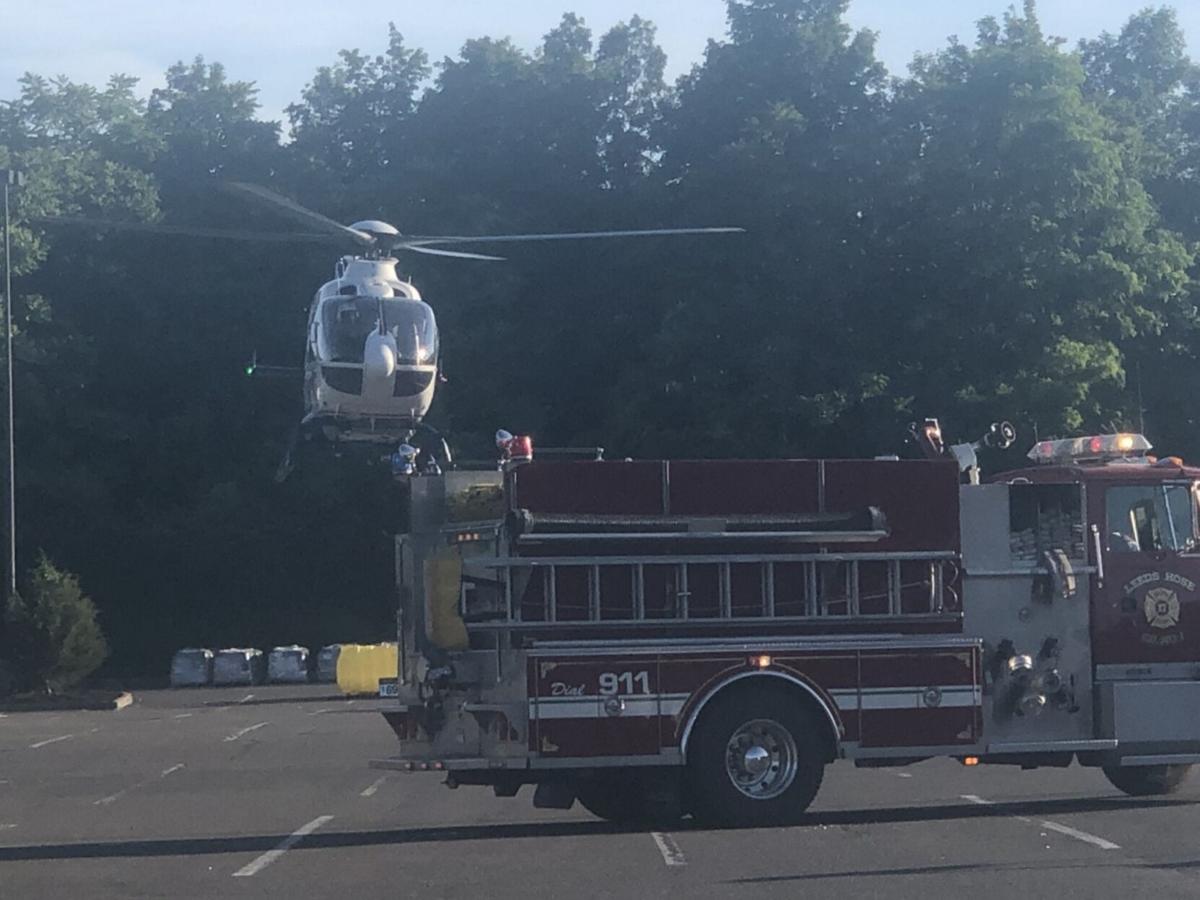 A LifeNet helicopter takes off from Home Depot in Leeds on Saturday with a motorcycle operator on board. Bill Williams/Columbia-Greene Media 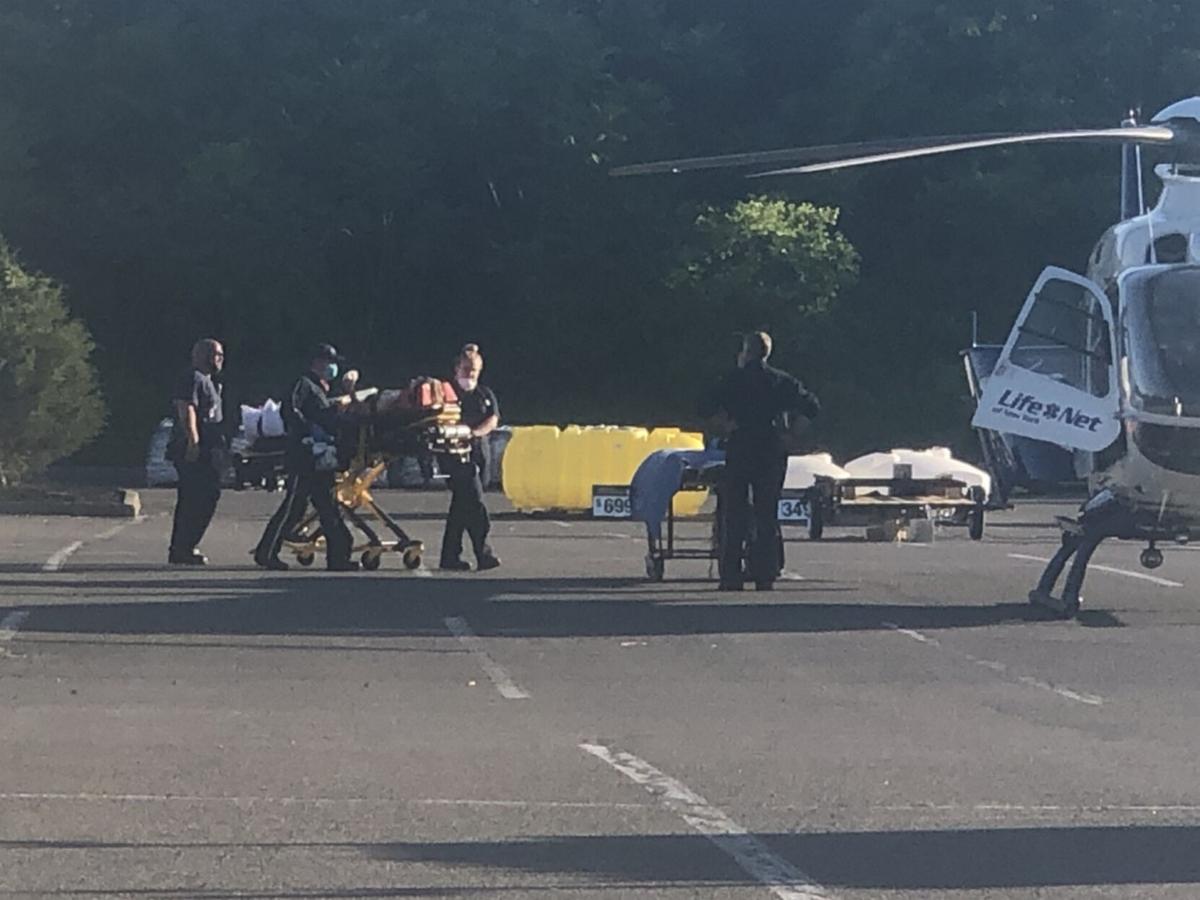 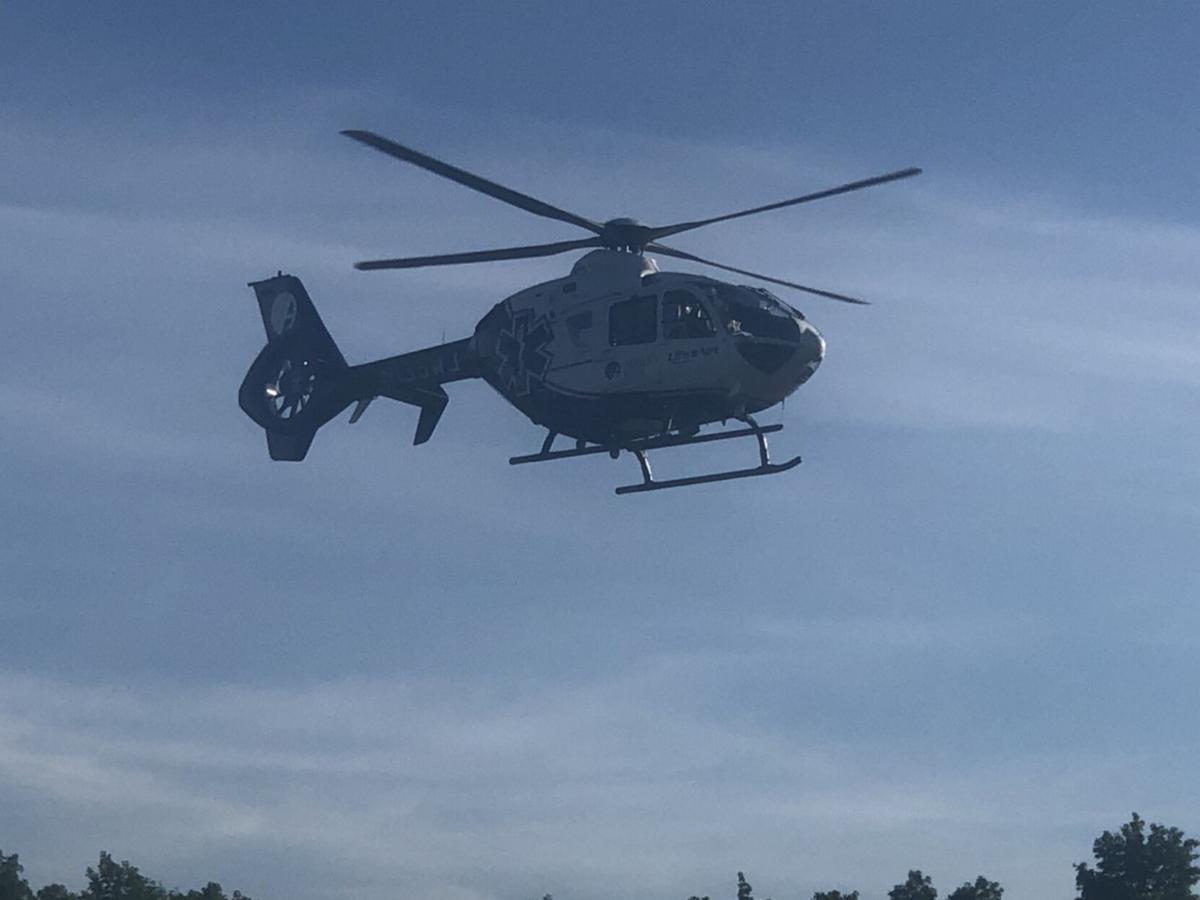 A LifeNet helicopter takes off from Home Depot in Leeds on Saturday with a motorcycle driver on board. Bill Williams/Columbia-Greene Media

A LifeNet helicopter takes off from Home Depot in Leeds on Saturday with a motorcycle operator on board. Bill Williams/Columbia-Greene Media

A LifeNet helicopter takes off from Home Depot in Leeds on Saturday with a motorcycle driver on board. Bill Williams/Columbia-Greene Media

Lorenzo A. Bordina, 21, of Catskill sustained several injuries, including a broken leg and possible head, neck and back injuries as well as numerous bruises in the crash, Nevel said.

At about 6 p.m., a 2021 Kawasaki Motorcycle driven by Bordina west on Cairo Junction Road in the area of Charles Road crossed into the eastbound lane and collided with a 2015 Jeep Patriot, Nevel said. The unidentified driver of the jeep was not injured.

Greene County 911 sent Leeds Fire Department and Town of Catskill Ambulance to the accident scene. Paramedics stabilized Bordina before he was brought to the landing zone for the Life Net helicopter, which Leeds firefighters had set up at Home Depot on Route 23B.

Cairo Junction Road was closed to traffic in the area of the accident while crews worked.

Both vehicles were damaged in the crash, Nevel said.

Bordina was listed in stable condition on Monday, Nevel said.

All firefighters were back in service at 6:55 p.m.