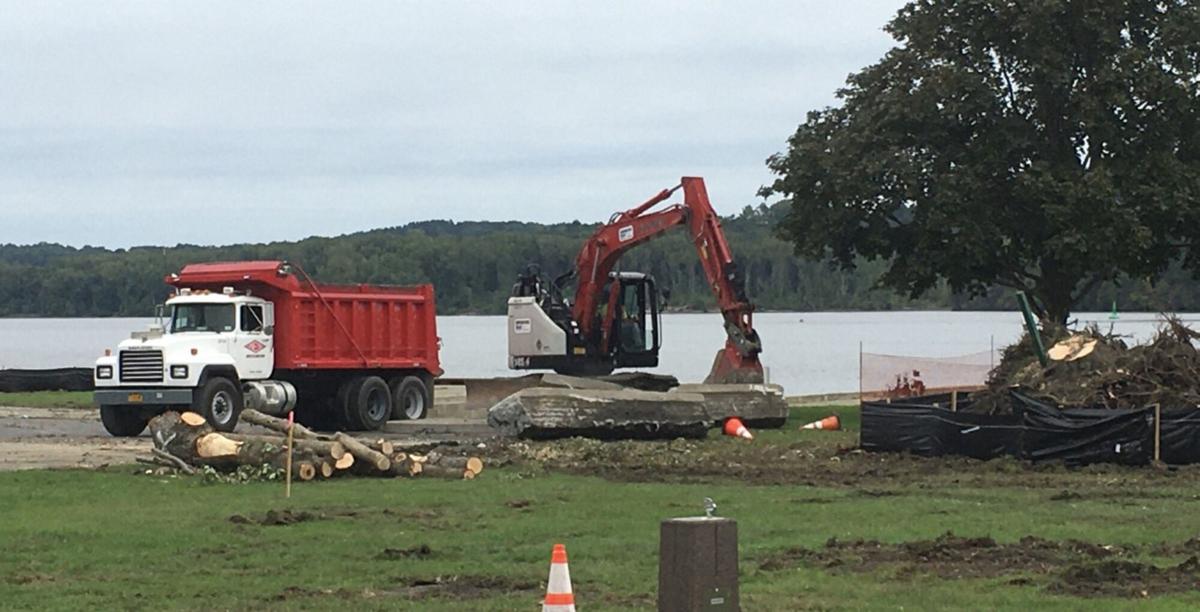 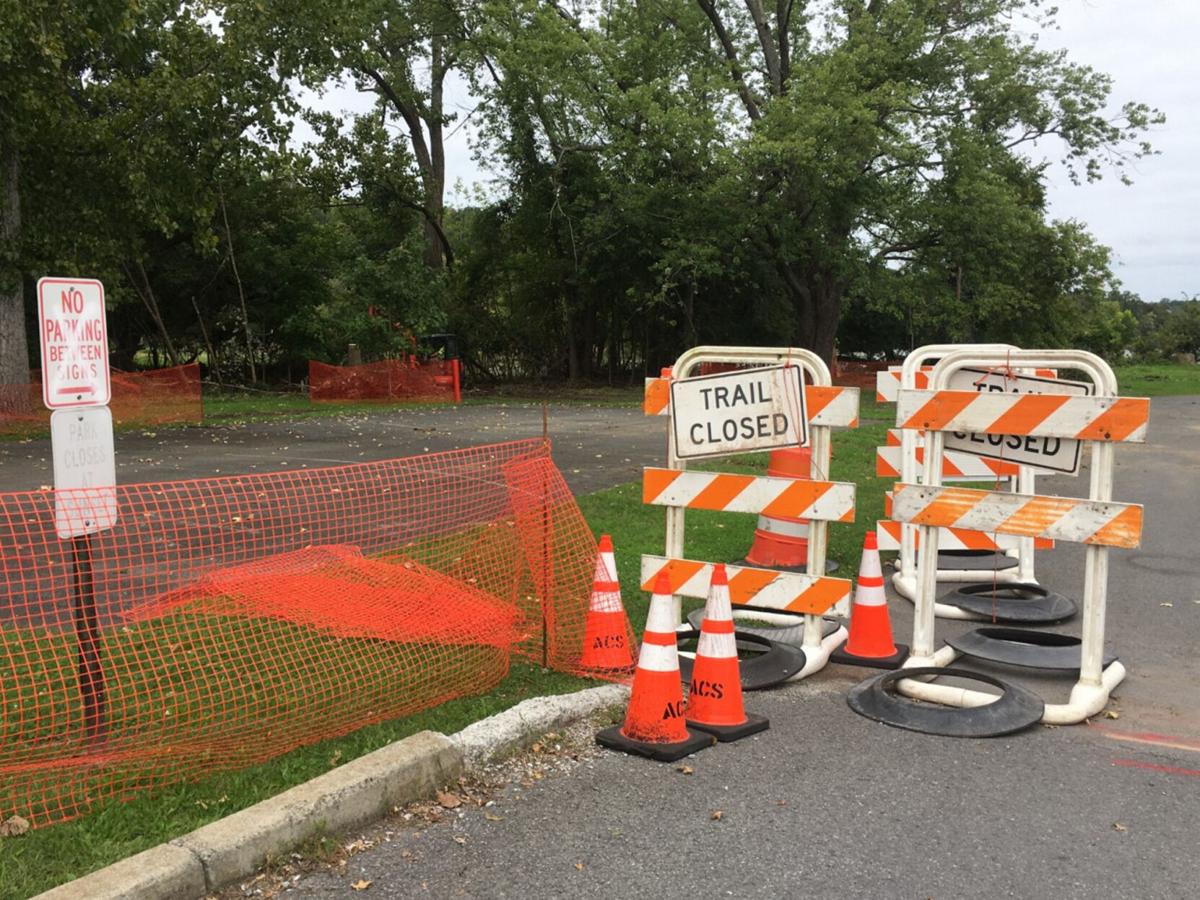 Riverside Park was closed Sept. 7 to make way for construction. The park is expected to reopen in the spring. Melanie Lekocevic/Columbia-Greene Media 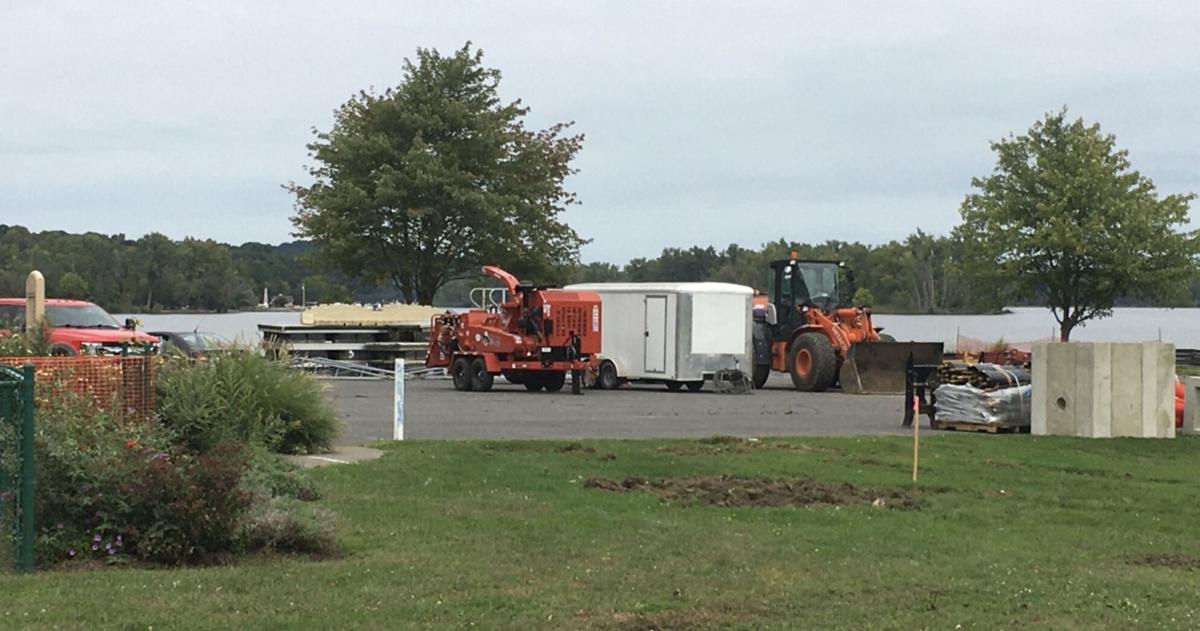 Construction vehicles were in Riverside Park on Tuesday beginning work on the $3.2 million renovation project, which is financed by the state. Melanie Lekocevic/Columbia-Greene Media

Riverside Park was closed Sept. 7 to make way for construction. The park is expected to reopen in the spring. Melanie Lekocevic/Columbia-Greene Media

Construction vehicles were in Riverside Park on Tuesday beginning work on the $3.2 million renovation project, which is financed by the state. Melanie Lekocevic/Columbia-Greene Media

COXSACKIE — Construction has begun on a $3.2 million project at Riverside Park.

The park was closed Sept. 7 to make way for a state project that will renovate the boat launch, build a new open-air pavilion, add new trees, landscaping and seating, improve bicycle and pedestrian connections between the waterfront and downtown Coxsackie, upgrade the park’s basketball court and add new sidewalks and signage.

Work on the project was in full swing Tuesday and several residents parked on South River Street to watch the action.

“Anything is an improvement,” lifelong Coxsackie resident Ronald Dixson said Tuesday. “I used to fish off that dock when I was little. I’m happy the state is spending money on this park.”

Resident Pat Osborn watched with dismay as several trees were cut down this week.

“It’s a shame all the gorgeous trees were cut down,” Osborn said. “I am sad to see the trees go — it was nice and shady. With the farmers market you could come down here and down the line there were trees there for shade. And now it’s gone.”

New trees are expected to be planted in the park as part of the renovation project, according to the state’s plans.

The hoops on the basketball court and the large sign at the parking lot entrance have also been removed.

Several residents have questioned village officials about the project since the park’s closure, with particular interest in the playground, Mayor Mark Evans said in a statement.

“One of the recent questions is, does the playground stay? The answer is yes,” Evans said. “It is not in the drawing or renderings, as nothing is being done to it. So [the state] must have felt it was not necessary to draw it in.”

Osborn said she was pleased to learn the playground was not slated for removal and would not be changed.

The renovation project at Riverside Park is the first state boat launch to be renewed under the Hudson Eagles Recreation Area, an initiative to improve public access to the Hudson River and to enhance waterfront communities in the region, Gov. Kathy Hochul said in a statement when the project was announced Sept. 3.

Renovations to the boat launch will include new floating gangways and docks, a new kayak launch in compliance with the Americans with Disabilities Act and additional space for boater tie-ups.

The projects will enhance the natural habitat of the wildlife that live in the area, Ned Sullivan, president of Scenic Hudson, an environmental preservation group, said in a statement when the Coxsackie project was announced.

“The Hudson Eagles Recreation Area highlights the natural habitats and spectacular scenic quality of the stretch of the Hudson River between Kingston and Albany,” Sullivan said.

The project is spearheaded by the state Office of Parks, Recreation and Historic Preservation.

Construction at Riverside Park is expected to be completed in spring 2022, according to the state.