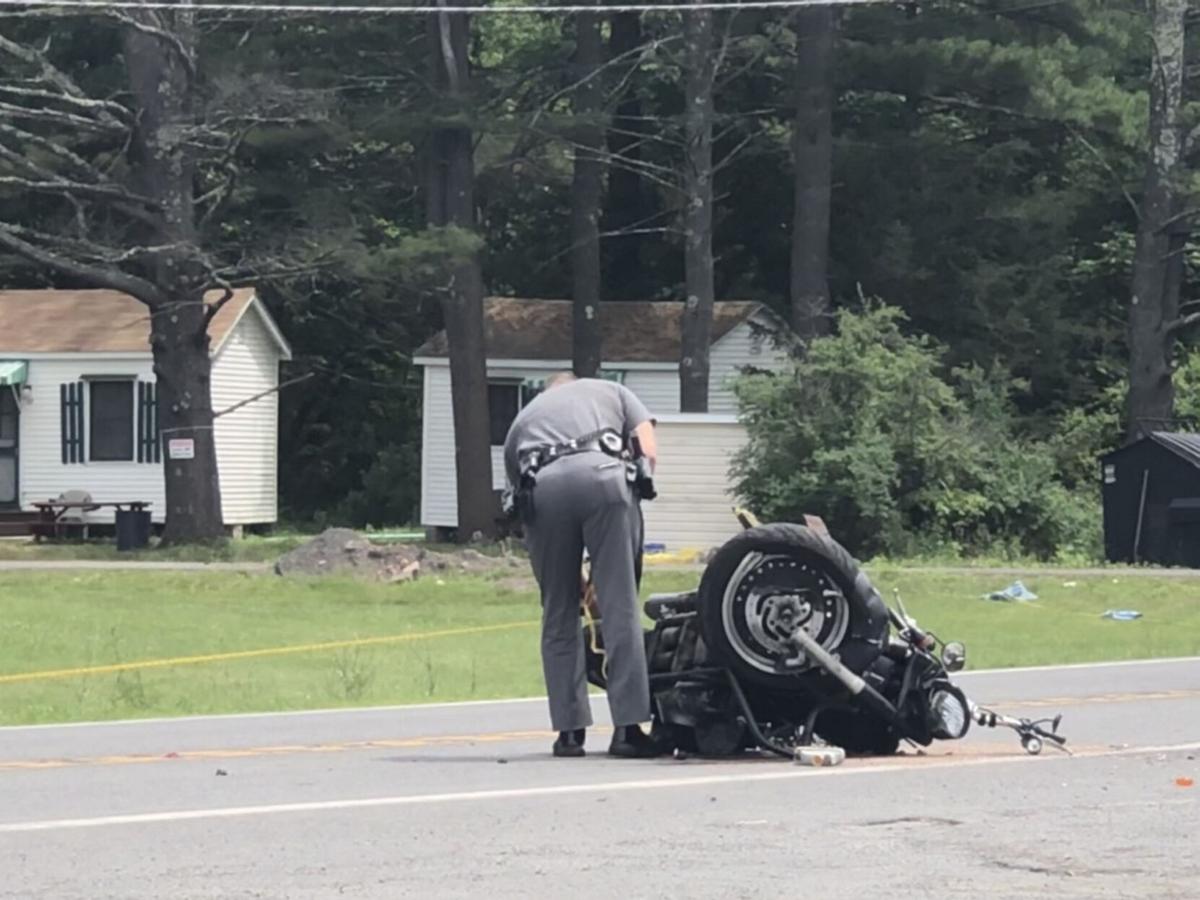 State Police examine a motorcycle on Route 32 in Kiskatom, that was being operated by a Kingston man on Saturday. Bill Williams/Columbia-Greene Media 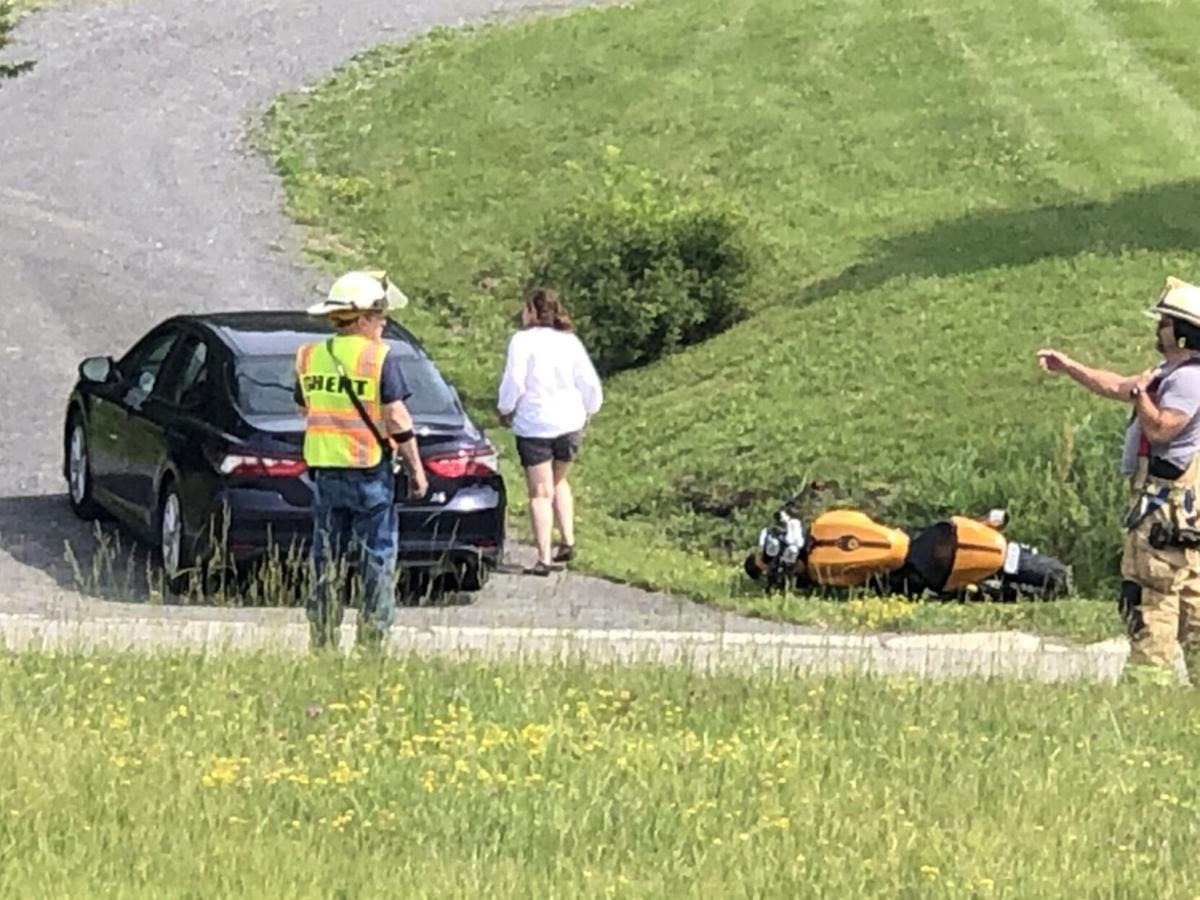 A Ghent man was injured, after his bike collided with a car on County Route 21C on Sunday morning. Bill Williams/Columbia-Greene Media 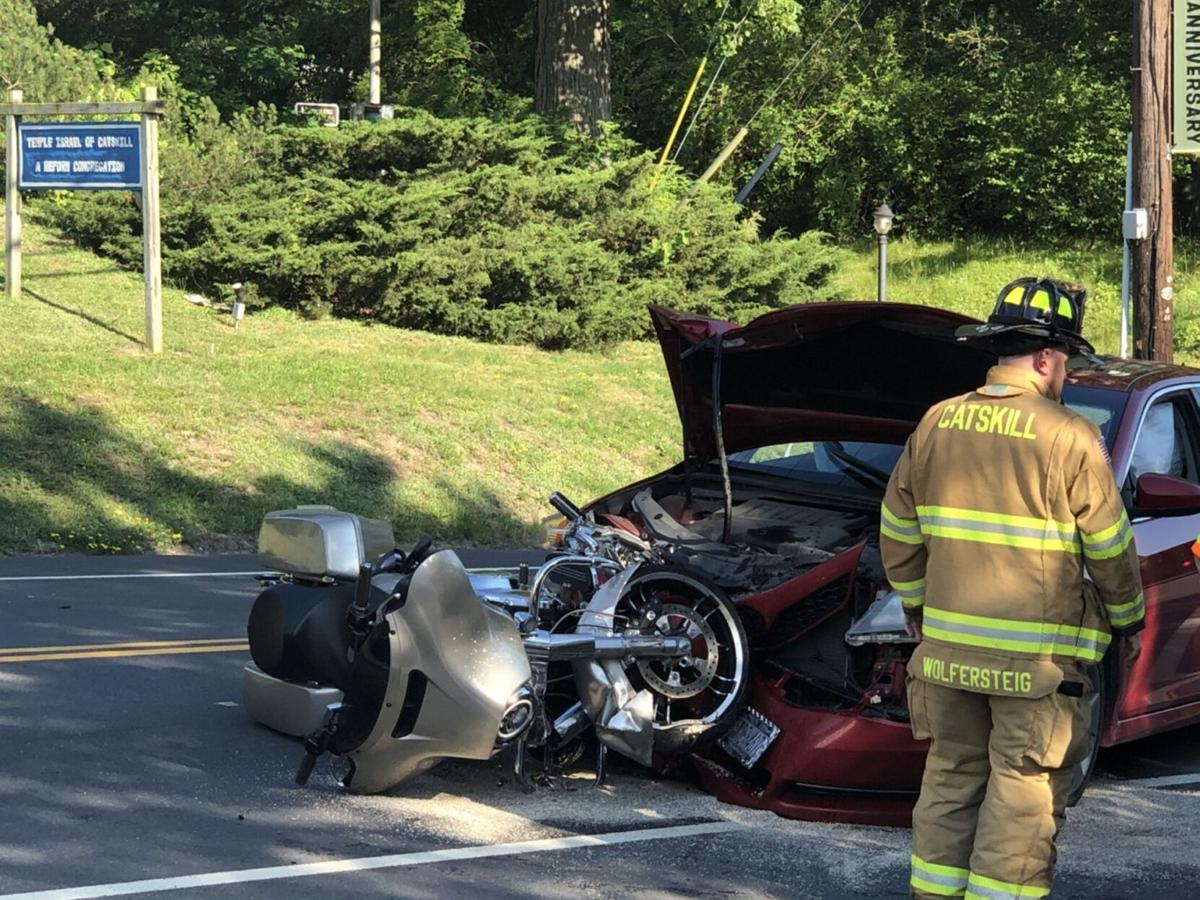 A Hannacroix man was injured, after his bike collided with a car on Spring Street in Catskill on Sunday. Bill Williams/Columbia-Greene Media

State Police examine a motorcycle on Route 32 in Kiskatom, that was being operated by a Kingston man on Saturday. Bill Williams/Columbia-Greene Media

A Ghent man was injured, after his bike collided with a car on County Route 21C on Sunday morning. Bill Williams/Columbia-Greene Media

A Hannacroix man was injured, after his bike collided with a car on Spring Street in Catskill on Sunday. Bill Williams/Columbia-Greene Media

Fire companies and rescue squads were kept busy over the weekend responding to three accidents involving motorcycles, one of which turned fatal on Saturday.

An Ulster County man died on Saturday after his motorcycle collided with a car in Kiskatom, Beau Duffy, director of public information for state police said.

Robert J. Morf, 68, of Kingston was pronounced dead at Columbia Memorial Health, where he was taken following the crash, Duffy said.

At about 1:27 p.m., a Toyota RAV4, was being driven north on Route 32, in the area of Game Farm Road, by Robert T. Sconza, 41, of Catskill. Sconza turned left to enter the parking lot of a local business and turned in front of Morf, who was driving south. Sconza had minor injuries in the crash, Duffy said.

The road was closed, in the area of the crash, for several hours, while police investigated.

State police investigated. They were assisted by the Greene County Sheriff’s Office.

The accident investigation remains ongoing. No charges have been filed, Duffy said.

On Sunday morning, a motorcycle operator was injured after colliding with a car in Ghent.

At about 9:57 a.m., Alexander P. Berman, 41, of Ghent, was operating his bike on County Route 21C, at the entrance to the Taconic State Parkway in Ghent, when he collided with a car that was backing out of a driveway, driven by Deirdre J. Murphy, 52, of Tivoli, Duffy said.

Burman was taken to Columbia Memorial Health by Greenport Rescue Squad with back injuries.

Part of County Route 21C was closed to traffic while crews worked.

An accident involving a motorcycle and a car, on Sunday afternoon in Catskill, ended with the motorcycle operator being taken to Columbia Memorial Health, Sgt. Stephen Dietz of Catskill Police said.

The unidentified man, 33, who is from Hannacroix, complained of arm and leg pain following the crash, Dietz said.

At about 5:25 p.m., The motorcycle was being driven south on Spring Street, when a car, being driven north by an unidentified woman, 49, who is from Cairo, attempted to turn left into the parking lot of the Sunoco gas station and struck the bike head-on, Dietz said.

Paramedics examined the motorcycle rider on the scene before he was brought to the hospital.

The woman told police she was blinded by the sun and did not see the motorcycle, Dietz said.

One lane of Spring Street was closed while crews worked.

The motorcycle was towed from the scene.

On average, 166 people die each year from motorcycles crashes in New York state, according to the state Department of Health. On average, 1,600 New Yorkers are treated at a hospital each year as a result of motorcycle crashes.