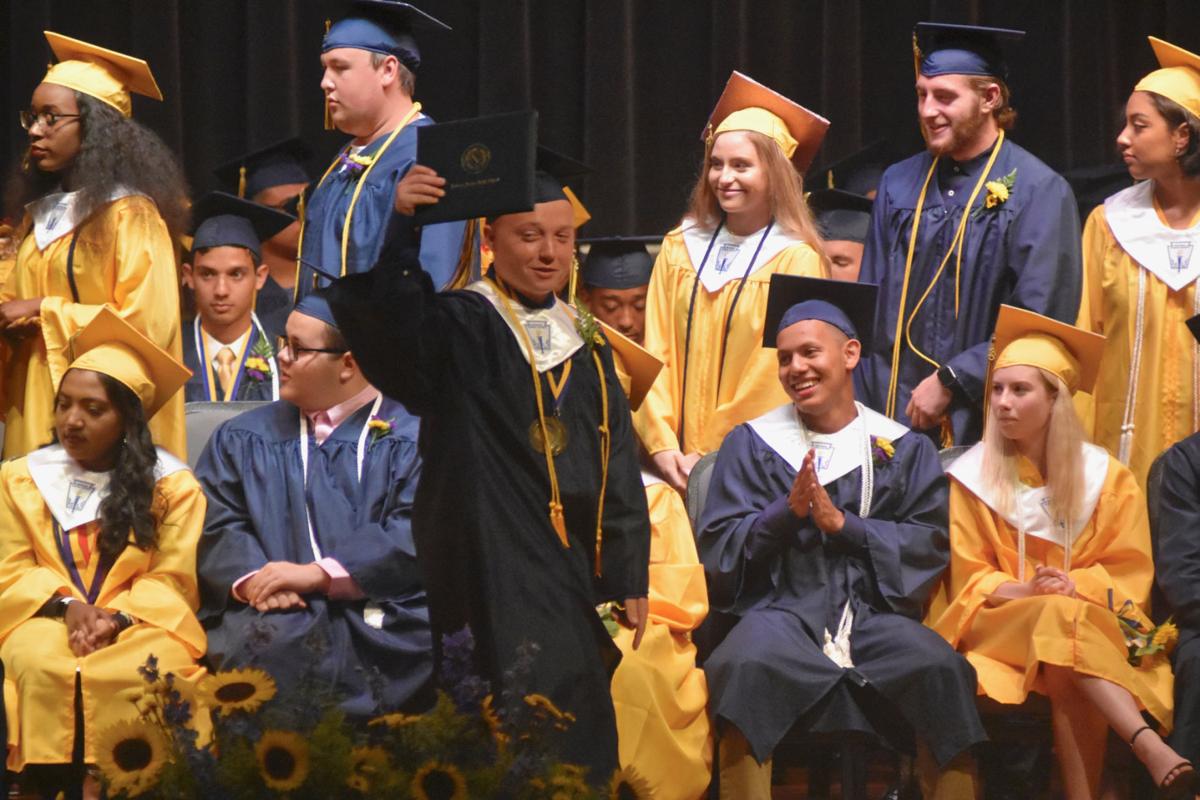 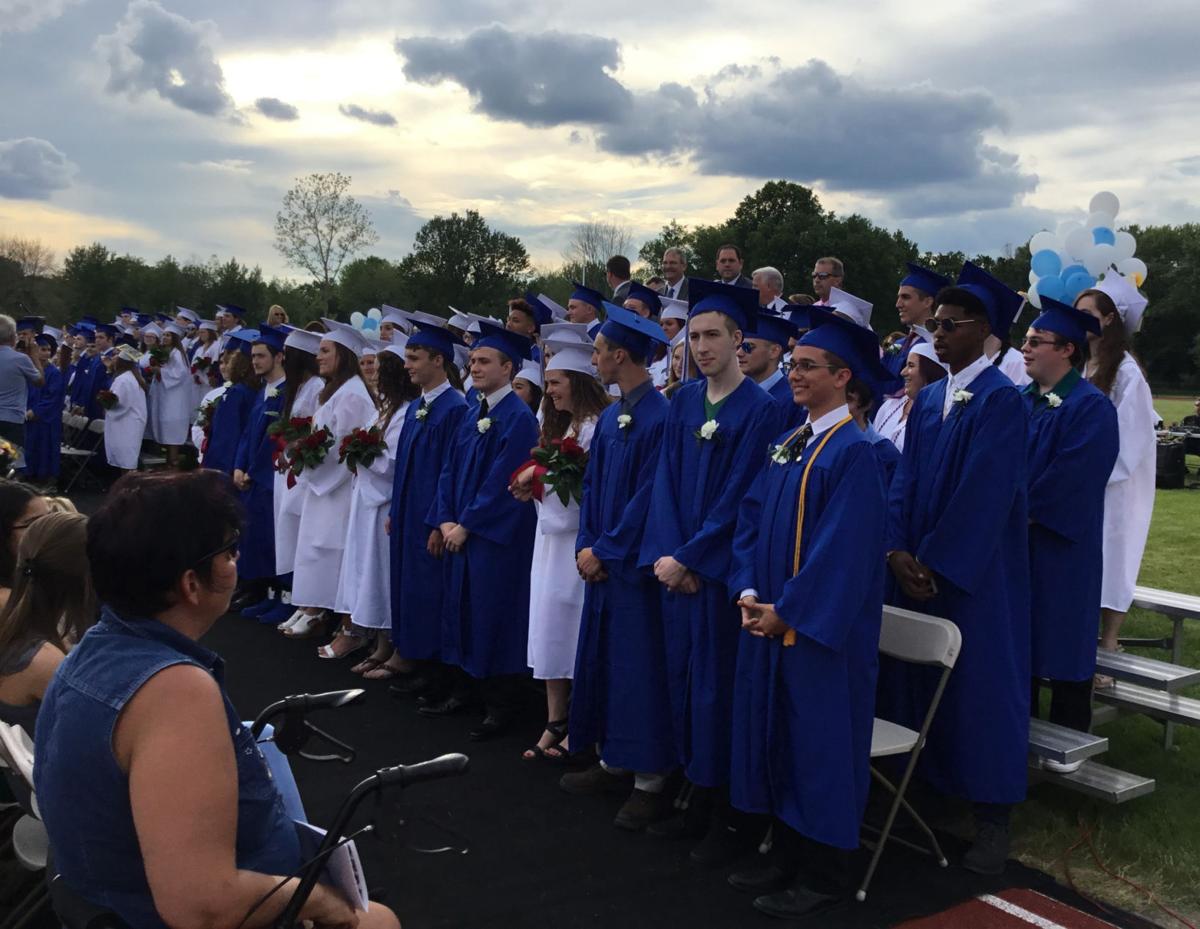 File photo High school graduation rates are up and the achievement gap among several categories of students is closing. Pictured is the graduation ceremony at Coxsackie-Athens High School in 2018.

File photo High school graduation rates are up and the achievement gap among several categories of students is closing. Pictured is the graduation ceremony at Coxsackie-Athens High School in 2018.

ALBANY — Graduation rates are rising and achievement gaps are closing across New York, according to newly released data from the state Education Department.

The data also found the graduation rates and achievement gap between students of color and their white peers has been diminishing by 1.5% to 6.8% among certain groups.

“The narrowing of achievement gaps is a step in the right direction, but we can never truly close achievement gaps until we address opportunity gaps,” Board of Regents Chancellor Betty Rosa said in a statement.

“To do this, we must ensure that our education system is providing opportunities for everyone, especially our most vulnerable students, which is why the Board of Regents and the department are reviewing the state’s high school graduation measures and what a diploma from New York should signify,” she said.

But the positive numbers varied by county. For example, while Columbia and Genesee counties saw one- to three-point graduation rate increases between 2018 and 2019, Greene, Jefferson and St. Lawrence counties saw decreases — a full 7 percentage points in Greene County.

The graduation rates of students of color also varied by county, but black and African-American students saw an increase in multiple counties.

Across the board, the most disparate graduation rates — and the largest gap — was of English-language learners.

“The state’s Every Student Succeeds Act plan places a strong emphasis on improving the educational outcomes of English-language learners,” according to a statement from the state Board of Regents.

Despite a closing achievement gap, though, the state is heavily criticized for disproportionately and inadequately funding its public schools.

The state Senate announced last year that it would host a slew of roundtables across New York to discuss Foundation Aid, a needs-based formula to determine state funding for each school district. But the formula has been criticized by educators, advocates and legislators.

Foundation Aid was enacted in 2007 after a drawn-out lawsuit filed by New York City parents claiming their children’s schools were underfunded. The formula was meant to be a statewide remedy for education inequality in New York, with a lofty goal of phasing in $5.5 billion to hundreds of school districts across the state over the course of four years. The formula calculates each school district’s needs, and thus how much state funding they get, by factoring in variables such as family incomes under the poverty line in the district, the number of English-language learners, the number of students enrolled in free and reduced-price lunches, local taxes and the wealth of each district.

While the state fulfilled its commitment for the first two years, resulting in more resources for schools and higher student achievement, the 2008 recession led to a freeze of Foundation Aid, meaning cuts within school districts. The state then started borrowing money from schools to balance its own budget. School districts went from receiving $2.4 billion from the state from 2007 to 2009, to losing $2.7 billion to the state from 2010 to 2012.

“New York State was balancing its budgets on the backs of students,” Jasmine Gripper, legislative director at the Alliance for Quality Education, previously told Johnson News. “In 2016 they finally paid back all that was cut. Since then, the state has been putting money back in Foundation Aid, but they’re not using the formula — they’re altering it once again.”

New York State United Teachers is one of the critics of the Foundation Aid formula, and took off on a seven-week bus tour across the state Wednesday to draw attention to the lack of funding.

In a statement released Thursday, NYSUT President Andy Pallotta said the new data is encouraging, but there’s still work to be done.

“If we want that future to only get brighter from here, the state must make full funding of our schools a priority,” he said.

“At a time when we see continuing educational inequality in schools across New York, full funding is especially critical for making further progress toward closing the achievement gap as well. Providing students with every resource they need to be successful in school and after graduation is an obligation we have to all of our children.”