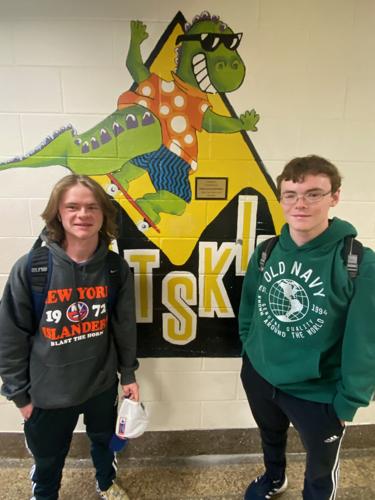 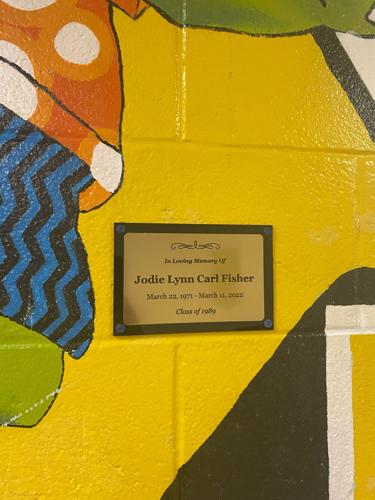 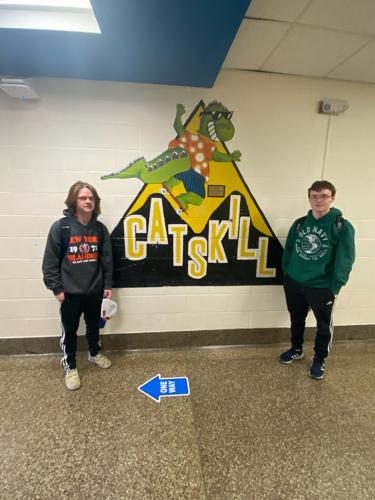 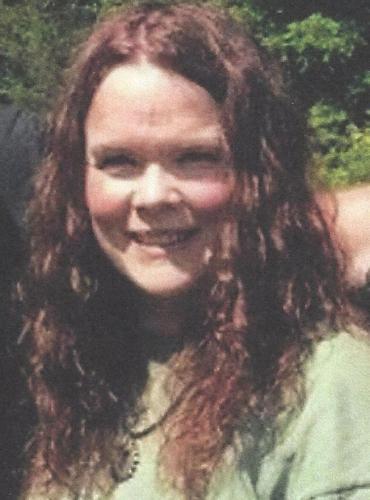 Contributed PhotoA plaque has been dedicated in Catskill High School in the honor of graduate Jodie Lynn Carl Fisher, who passed away in March.

Contributed PhotoA plaque has been dedicated in Catskill High School in the honor of graduate Jodie Lynn Carl Fisher, who passed away in March.

CATSKILL — A Catskill High School graduate who died of cancer this spring will live on in perpetuity in the school halls with the dedication of a plaque in her memory.

Jodie Lynn Carl Fisher teamed up with fellow student Kevin Jocelyn in the late 1980s to paint a colorful mural of a dinosaur skateboarding outside the high school gymnasium. The painting became an iconic depiction of student life in the MTV Era.

When Fisher died March 11 at the age of 50, her father Robert Carl came up with the idea to place the plaque in her honor near the mural, which still graces the halls of the school.

“It’s for her to be remembered for her artwork and to leave something behind in her memory,” Catskill High School Teacher Wendy Casalino, and Fisher’s cousin, said.

Fisher, who was working as art teacher in the Saugerties Central School District at the time of her death, painted the mural with Catskill graduate Jocelyn over three decades ago.

“We were both in art class together junior year,” Jocelyn said. “I had helped (former Catskill student) Annie Sands paint the big cat mural and asked Mrs. (Carol) Hetherington about doing my own. My concept was a mural of Rip Van Winkle sleeping in the mountains. For some odd reason (former Catskill High School Principal) Dick Stickles didn’t like the idea because the barrel may have meant alcohol. So he said come back with something else.”

“Mrs. Hetherington said dinosaurs were popular and me and my friends used to skate and BMX freestyle (biking). So I asked Jodie to draw the dino skating and I drew the mountains and Catskill. From there the both of us put the mural up and painted when we were in class together or if we had free time.”

Jocelyn said that the artists understood the incongruity of painting a dinosaur in the hallways of the Catskill district, home of the Cats.

“By the time we were done, neither of us were 100% happy with the idea because it didn’t fit the school,” he said. “I saw a couple years later that someone actually did do a Rip Van Winkle theme. Still, Jodie and I laughed and had fun doing it. She was a great girl.”

Before her stint with the Saugerties district, Fisher previously taught in the Cairo-Durham Central School District and SUNY New Paltz. She is survived by her husband Thomas Fisher of Athens, her two sons and two brothers, Robert Carl and wife Vee of Athens and Brian Carl of Jewett.

Six Ways to Find a Date while Traveling this Summer

Summertime clean-up with design in mind

Being prepared for life's milestones means planning ahead with insurance