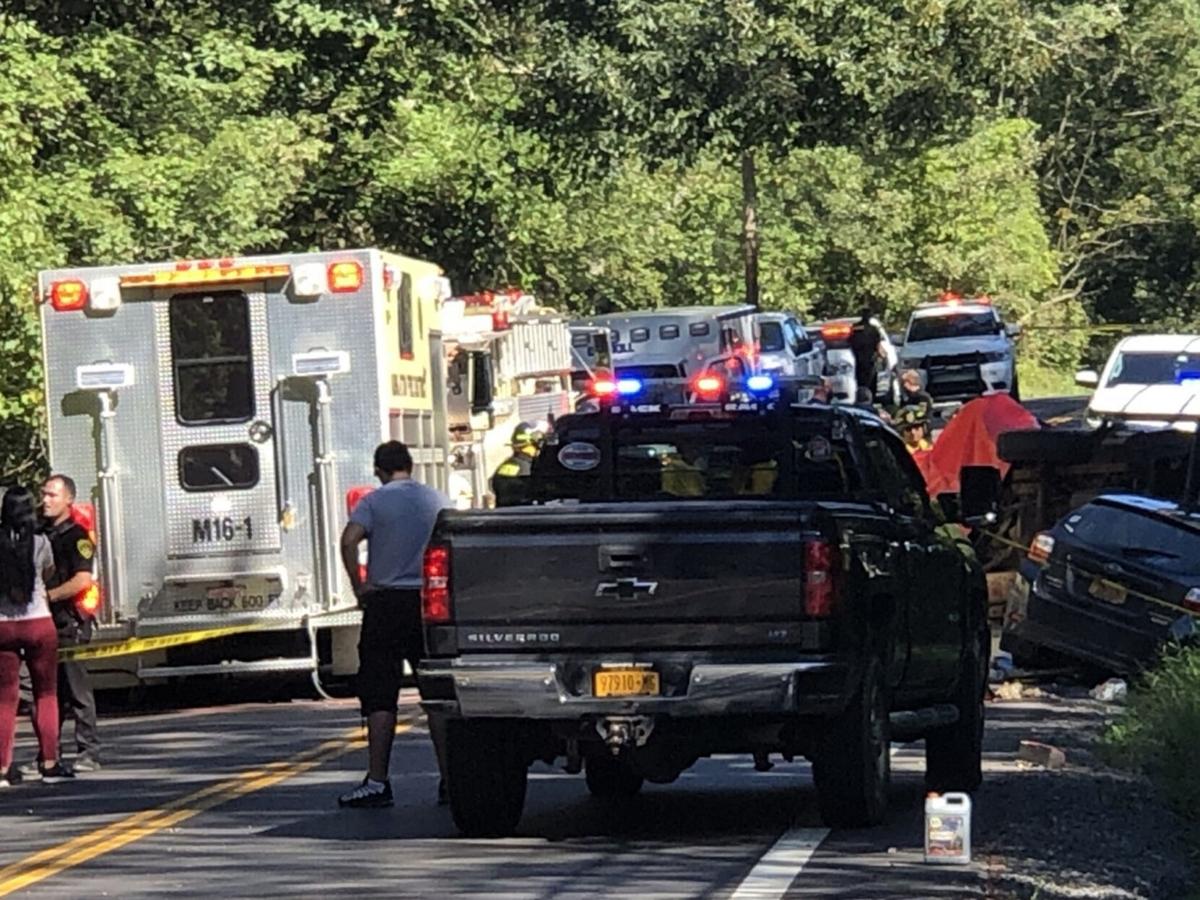 A man died on Sunday following a three-car accident on Route 23A. Bill Williams/Columbia-Greene Media 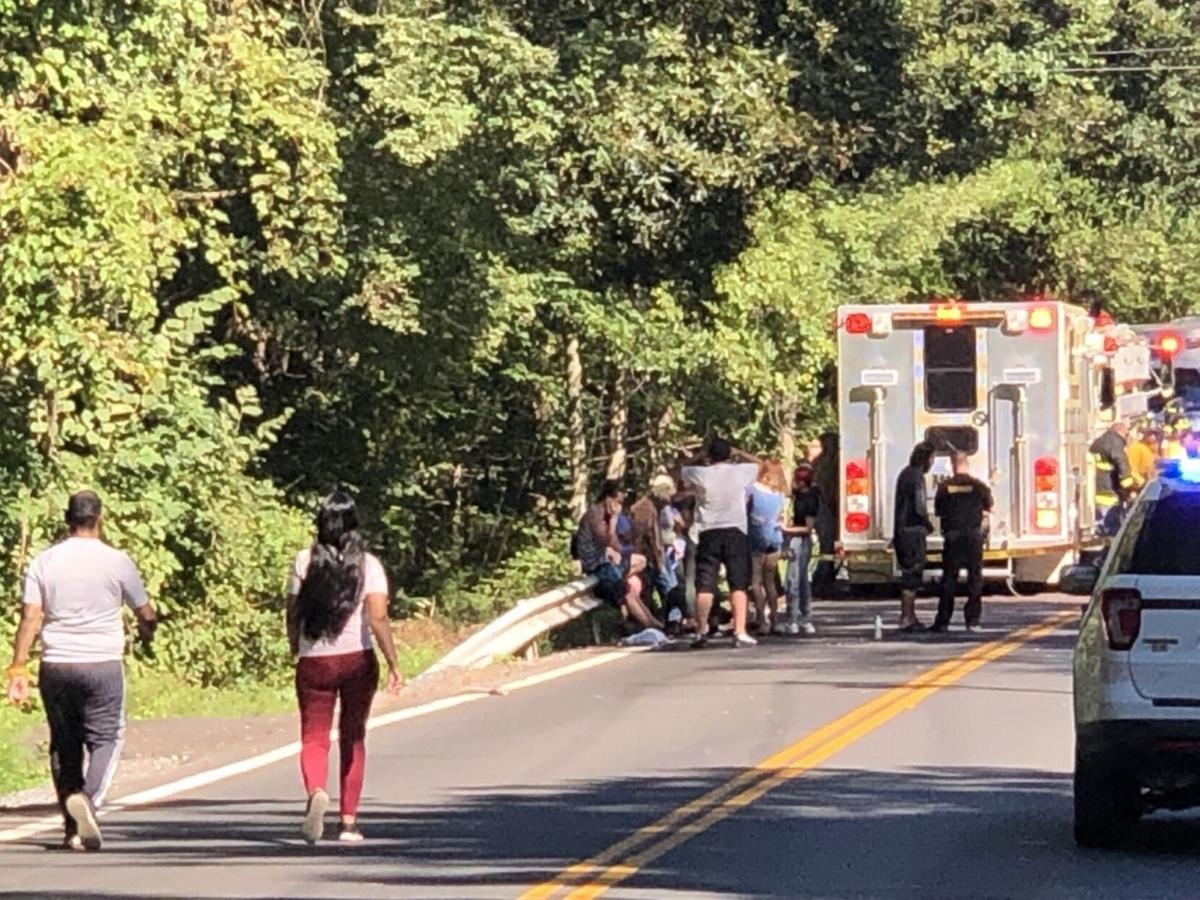 Fire and rescue crews on the scene of a three-car accident in Kiskatom on Sunday. Bill Williams/Columbia-Greene Media 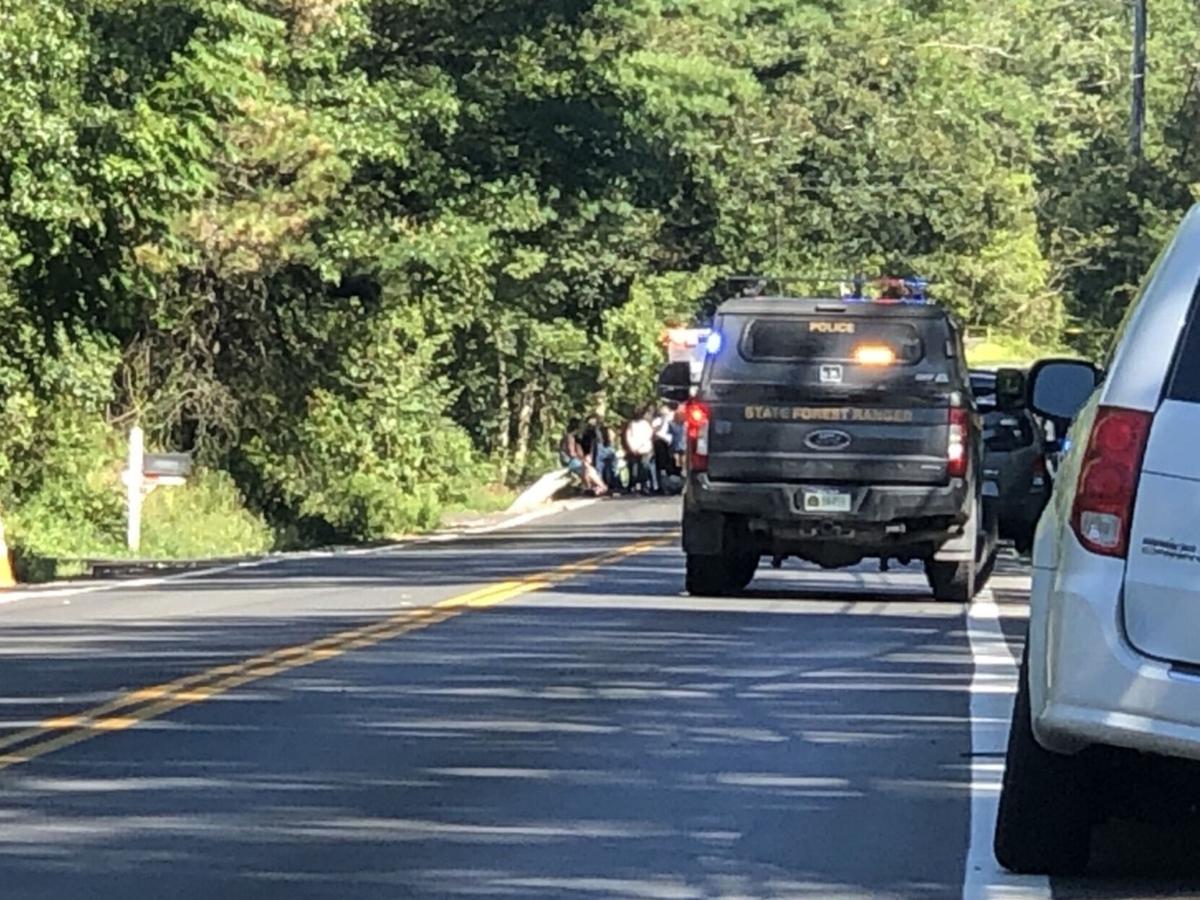 Route 23A was closed, following a three-car accident in Kiskatom. Bill Williams/Columbia-Greene Media

A man died on Sunday following a three-car accident on Route 23A. Bill Williams/Columbia-Greene Media

Fire and rescue crews on the scene of a three-car accident in Kiskatom on Sunday. Bill Williams/Columbia-Greene Media

Route 23A was closed, following a three-car accident in Kiskatom. Bill Williams/Columbia-Greene Media

The name of the victim and the names of the other drivers involved are being withheld, pending autopsy results and completion of the investigation, Quinn said.

When police arrived on the scene, they found a man dead in his vehicle, Quinn said.

The man was pronounced dead at the scene by Greene County Coroner Gerard Buckley.

Police believe the man may have suffered a medical condition while driving, which led him to swerve off the road and collide with a guardrail, Quinn said. His vehicle then crossed the center line and crashed into two other vehicles.

Paramedics evaluated four occupants of the other two vehicles, who were not injured, Quinn said.

A Life Net helicopter was placed on standby, but was not needed.

Route 23A was closed between Mountain Turnpike and Route 32 for several hours while the crash was cleared and the accident investigation took place.

All three vehicles were towed from the scene.

The Greene County Sheriff’s Office investigated. They were assisted by state police.

Sunday’s accident was the fifth fatal vehicular crash in Greene County this year.

On Aug. 24, a New Baltimore man died after his motorcycle collided with a car on Route 9W in New Baltimore. A Coxsackie man died July 6, when a vehicle that he was a passenger in crashed on Route 385. On June 19, a Kingston man died in a motorcycle accident on Route 32 in Kiskatom. And on Jan. 14, a Westerlo woman was killed in a one-car crash on Route 23 in Cairo.