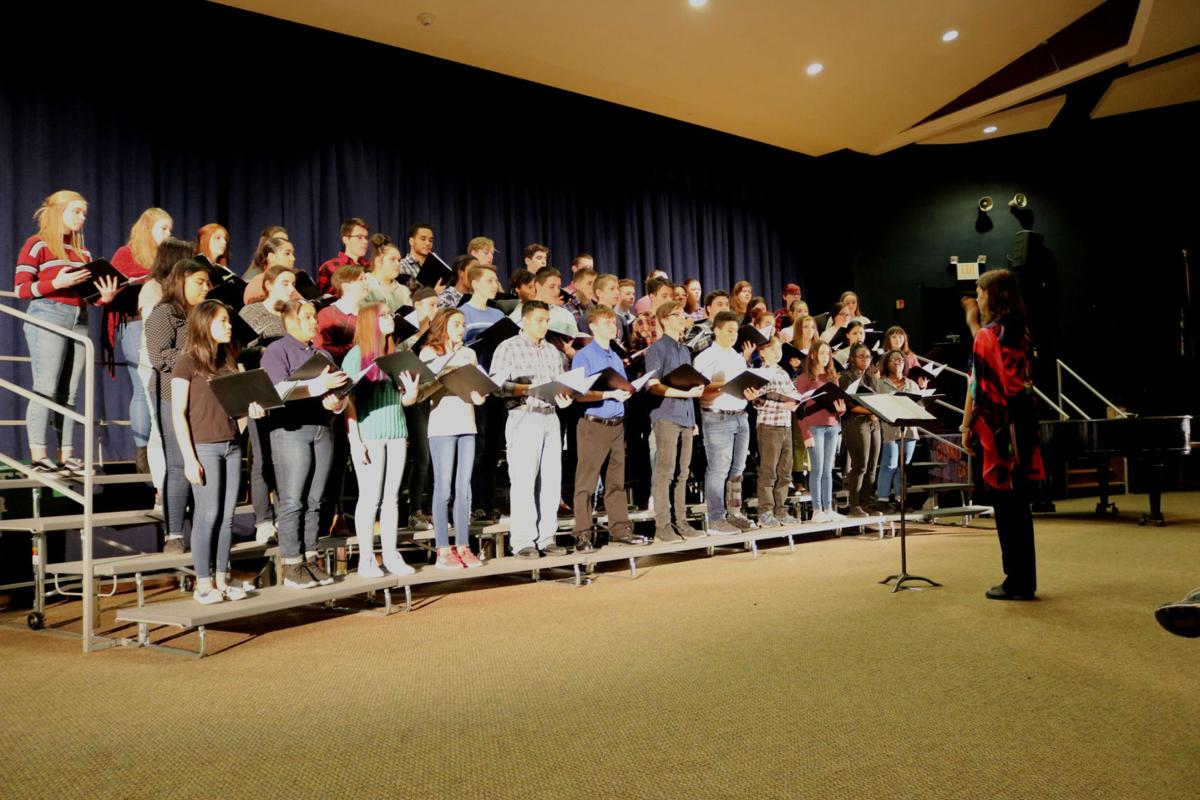 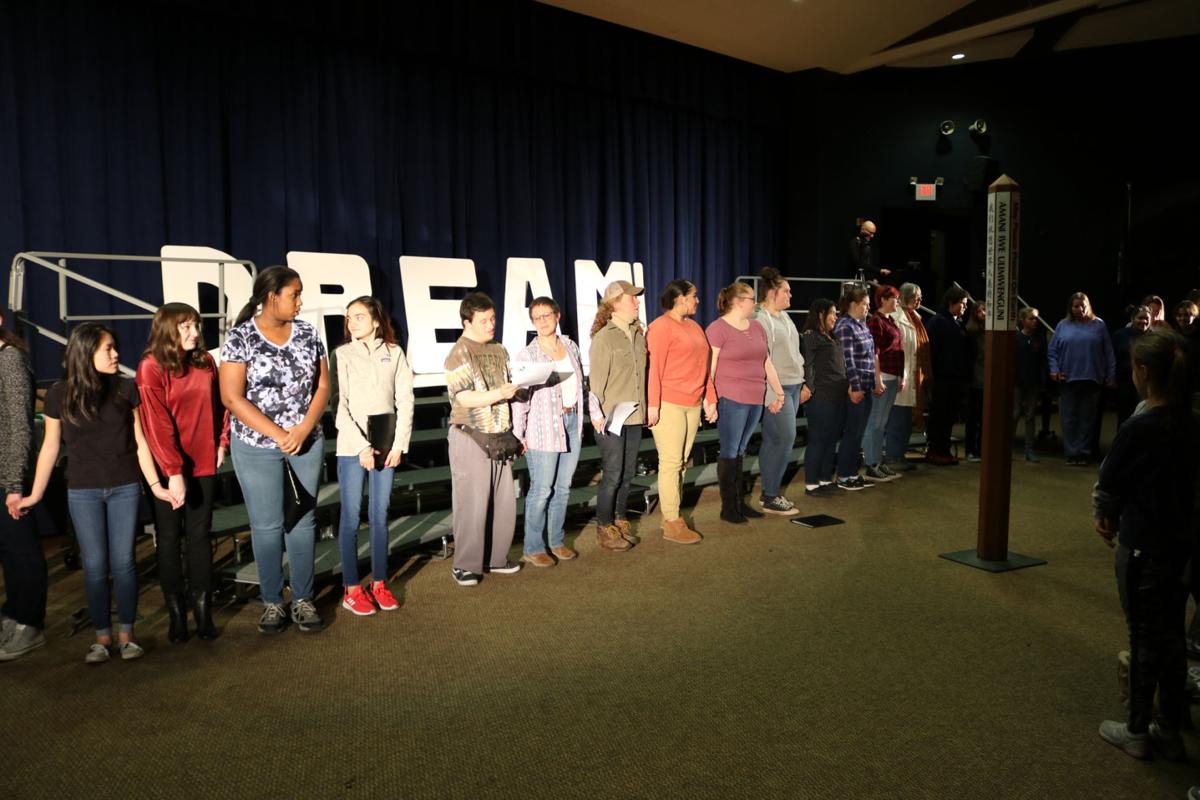 Sarah Trafton/Columbia-Greene MediaCatskill students and community members joined hands Thursday night in celebration of Martin Luther King Jr., and sang through the verses of “We Shall Overcome.”

Sarah Trafton/Columbia-Greene MediaCatskill students and community members joined hands Thursday night in celebration of Martin Luther King Jr., and sang through the verses of “We Shall Overcome.”

A major force of change during the Civil Rights Movement in the 1950s and 1960s, King is known for preaching and practicing nonviolence. Catskill began its celebration Thursday, the day after King’s birthday, with 50 marchers taking part in the annual Candlelight March for Peace and Justice.

In Hudson, King will be honored Sunday with musical performances, a message from the keynote speaker, the Rev. Darrell Gray of Missouri, and refreshments, beginning at 6 p.m. at Shiloh Baptist Church on Warren Street.

Retired English teacher Edward Synan explained the significance of the children’s march, which began at the Second Baptist Church on Main Street, wended its way to the Greene County Courthouse and ended at Catskill High School. More than 200 people attended the ceremony in the high school auditorium.

“During the Civil Rights Movement, marchers would meet at a church ahead of the march,” Synan said.

The second stop had to do with the goal of the marches.

“In those days, the laws needed to be addressed,” he said. “We ended at a school because this lesson needs to be taught and continue to be taught and here is one of the places it is taught.”

Lorraine Ferrara, another retired Catskill teacher, recalled how she, Synan and Richard Muggeo — all key organizers of the event — used to attend the march in Albany.

“One day we said let’s have the party right here at Catskill High School,” she said.

The march is now in its 18th year.

Following the march in Catskill, students, faculty and community members gathered in the high school auditorium to reflect on King’s message.

Catskill Central School District Superintendent Ronel Cook credited much of his success to the work of King.

“There wouldn’t be a Dr. Cook without a Dr. King,” Cook said.

Prior to King and the Civil Rights Movement, African-Americans did not have the rights and opportunities they do today, Cook said, adding that younger students may take this for granted.

For example, African-Americans couldn’t vote and had to use designated water fountains, hotels and schools, Cook said.

“As we recognize this federal holiday, I encourage you to sit down and reflect on the things he stood for,” Cook said.

Assemblyman Chris Tague, R-102, agreed that King opened the doors for many people.

“Just like there would not have been a Dr. Cook without a Dr. King, there may not have been an Assemblyman Chris Tague,” Tague said. “Dr. King offered opportunities and hope for every American. In old times, you had to come from a family with money or have a certain type of education.”

Tague, who does not have a college education, felt encouraged to follow his dreams because of the work of King, he said, adding that Catskill’s youth should also follow their dreams.

The Catskill High School chorus performed “Imagine” and “Let There Be Peace on Earth,” the Catskill Elementary School Business Club and Student Council read facts about King, and the high school Interact Club read some of King’s quotes.

Catskill High School student and Interact Club member Audra Bogardus-Street, who read King’s speech “I Have Been to the Mountain Top,” left the audience with a take-away message, to use Thursday’s celebration as a way to “channel love and unity in the small community of Catskill.”

“We should all emulate King’s character and speak out against hate,” she said.

This year’s observance was dedicated to Patricia Lewis, a former Freedom Rider and Catskill High School staff member who organized the original march in 1986 in Albany.

The ceremony ended with performers and audience members joining hands around the school’s “peace pole” to sing “We Shall Overcome.”