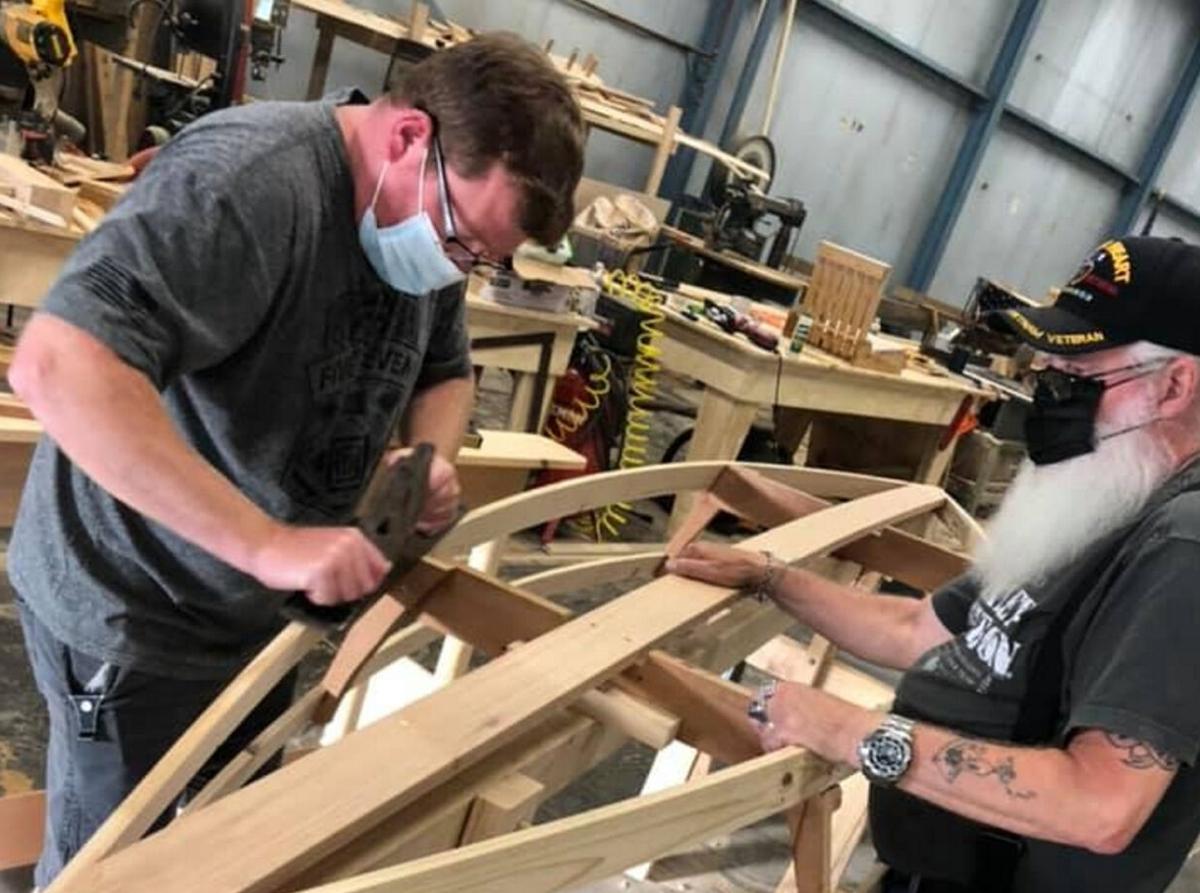 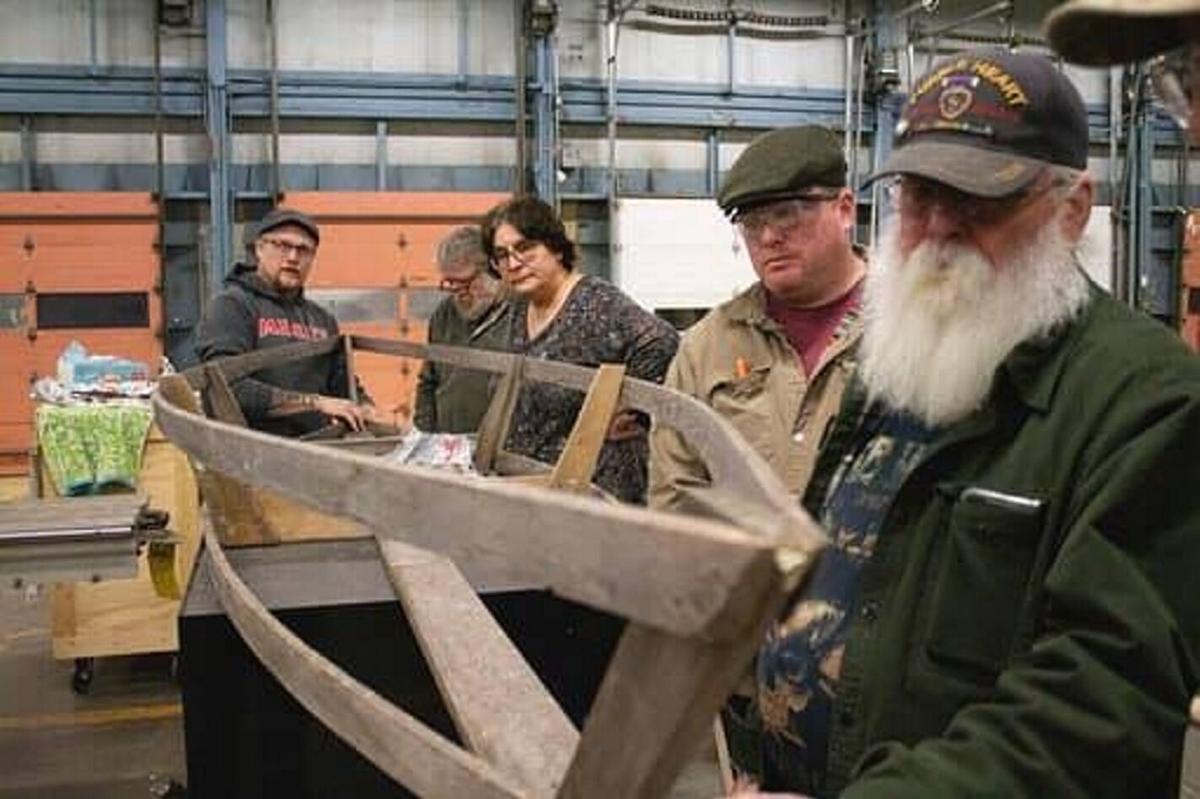 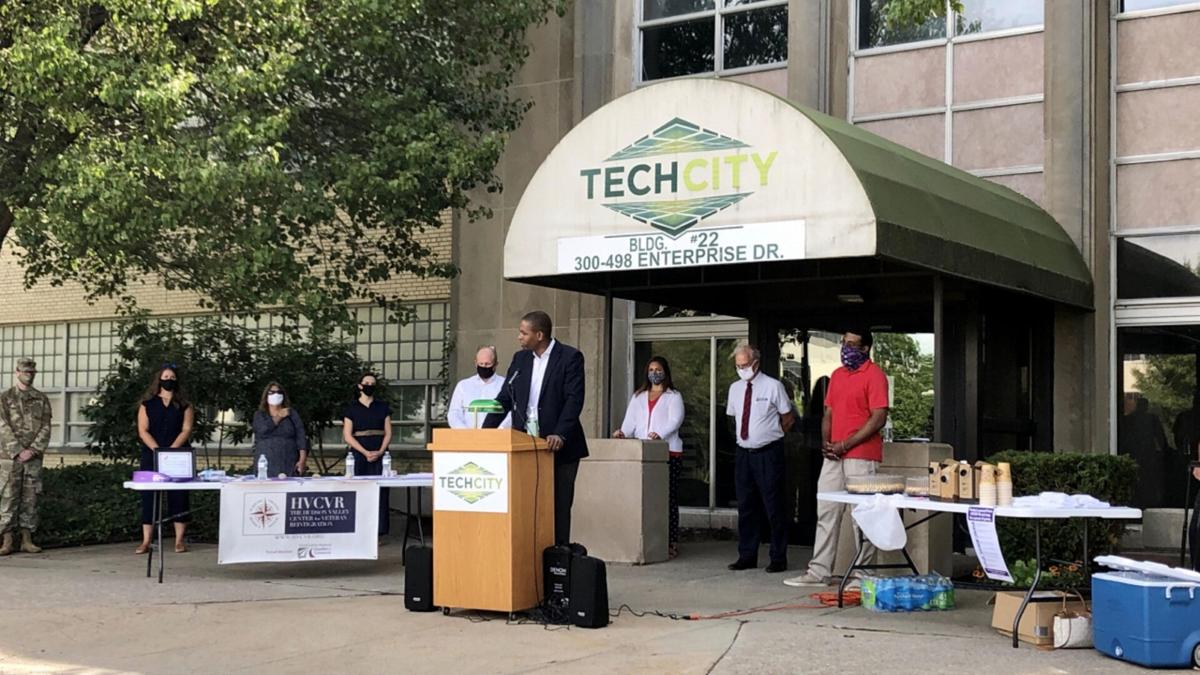 KINGSTON — A dozen veterans from the region will be making a 56-mile journey this weekend north on Route 9W from Kingston through Greene County to Albany and encouraging communities to walk a mile in their shoes.

Organized by the Hudson Valley Center for Veteran Reintegration’s Vet2Vet of Ulster County program, the walk will kick off at 11:30 a.m. Sunday with addresses delivered by guest speakers at Tech City in Kingston.

The group is expected to reach the state Capitol in Albany at about 7 a.m. on Monday, and walk through Greene County from about 4:55 p.m. Sunday, when they cross the Ulster/Greene county line to 3:35 a.m. Monday when they cross into Albany County.

“If the community steps with us that would be one of the biggest supports,” Vet2Vet Program Manager Galvin Walters said. “We definitely want to promote that unity within the community. The support of the community will definitely help with the mission and purpose of what we’re doing.”

In addition to raising awareness about the obstacles veterans face such as post-traumatic stress disorder, suicide and homelessness, the event will also serve as a showcase for programs available at the center such the Kayak Program, Warrior Writers, Financial Readiness Class and Veteran Peer Support Program, and to raise funding for the programs.

Thirty percent of military personnel deployed in Iraq and Afghanistan have a mental health condition and fewer than 50% of veterans with these conditions receive mental health treatment after returning home, according to The National Council for Behavioral Health. Additionally, an estimated 22 veterans die by suicide every day.

A survey conducted in January 2019 showed that 37,085 veterans nationwide were homeless, according to the U.S. Department of Housing and Urban Development.

“During this time it’s absolutely important the veteran community knows who’s advocating for them and supporting them,” Walters said.

“Our nation’s veterans have sacrificed on behalf of our safety, security and American values,” Delgado said. “I am honored to pay tribute to their service by helping to launch the Walk-A-Mile in My Shoes event. I thank everyone in our community for joining this effort to raise awareness in support of the health and wellness of our veterans.”

Updates of the walk’s progress will be available on the Vet2Vet’s Facebook page, Walters said.

Of the 12 local walkers signed up to participate, three are civilians, with the youngest 16, Walters said.

“[The group] is full of Marines, Air Force and Navy veterans,” he said.

Five flags, each representing a branch of the military services, will be carried during the walk, Walters said. The flags will be presented to veterans or active service members at the conclusion of the walk during a flag passing ceremony.

A support van, donated by Sawyer Motors, will accompany the group on its 22-hour odyssey, he said.

“If they want to sit down, if they can’t do the complete five or six miles, they can sit down and when they are able to recuperate, they can walk,” Walters said.

Participation at any level is important, Walters said.

“Just that one step is a powerful message,” he said. “We’re telling the community we are supporting each other and are able to advocate for each other.”

The van will be stocked with water donated by Ulster County Savings Bank, water and Gatorade from the Ulster County Mental Health Association and sandwiches, granola and water from local Girl Scout troops, Walters said.

“We will have a police escort take us all the way up,” he said. “Each town will have an ambulance ready if we need assistance.”

The veterans will walk through 12 towns and cities along the Hudson River to their destination.

The Greene County Sheriff’s Office will escort the group on its way through Greene County, Sheriff Pete Kusminsky said.

The center is planning to make Walk-A-Mile In My Shoes an annual event, Walters said.

Another event for veterans, the Vets-on-Water program, is scheduled for Sept. 5, when veterans will take a 315-mile kayak journey from Lake Tear of the Clouds, in Essex County, to Manhattan. In Manhattan, kayakers will visit Ground Zero.

To view the route for Sunday’s walk visit https://www.wikiloc.com/walking-trails/walk-a-mile-in-my-shoes-54424296?utm_campaign=badge&amp;utm_source=qr_code&amp;utm_medium=web_download.