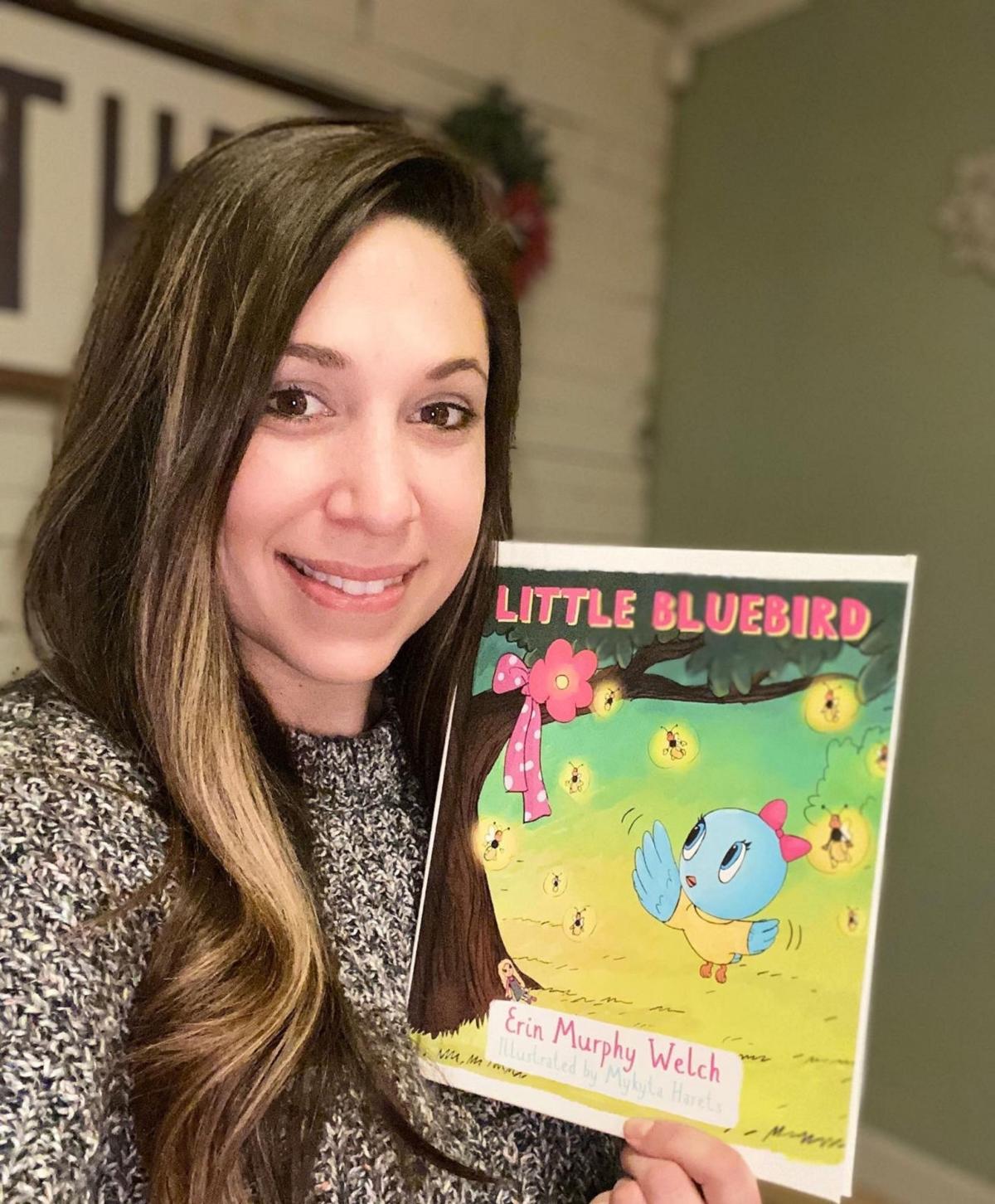 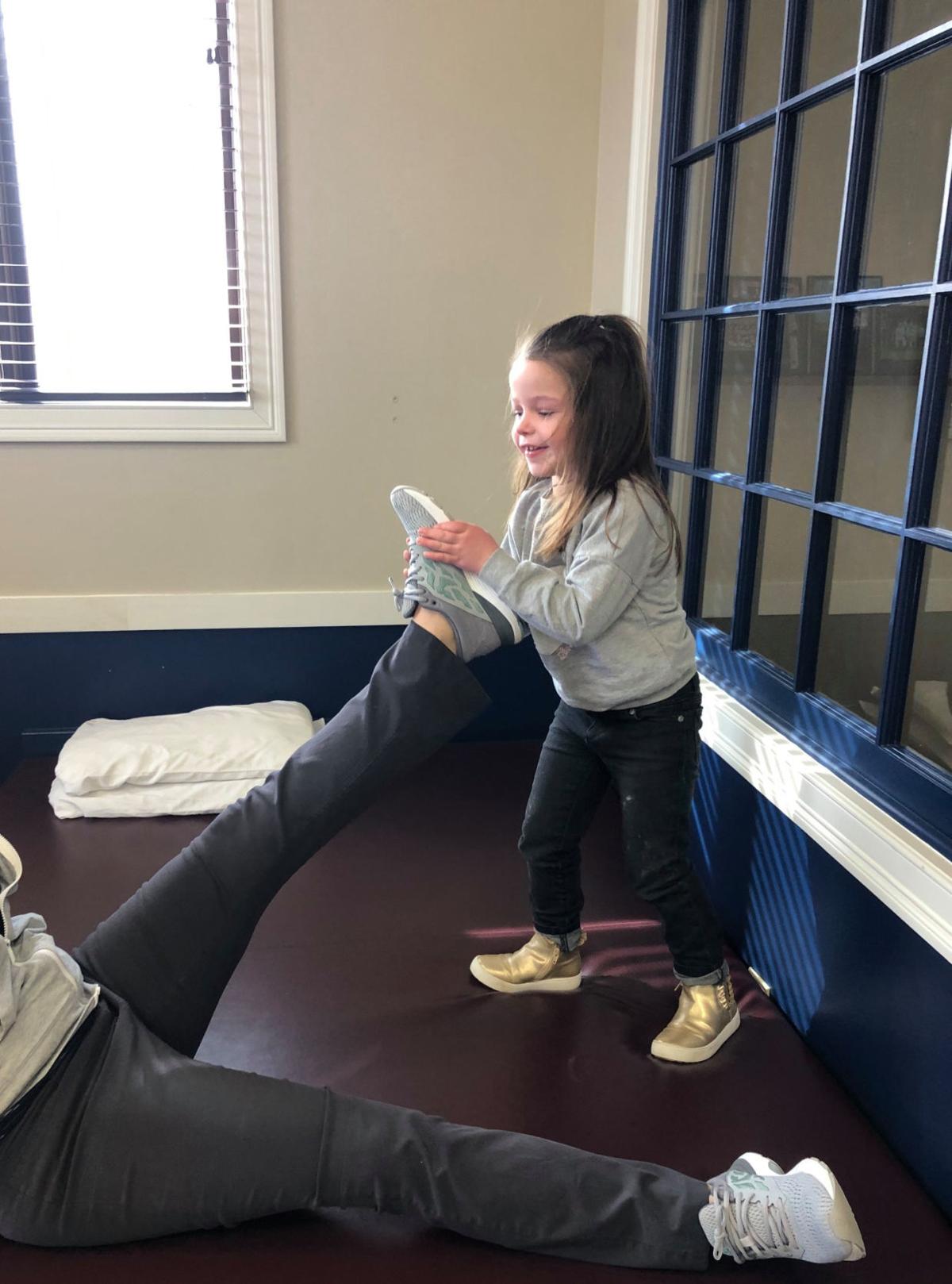 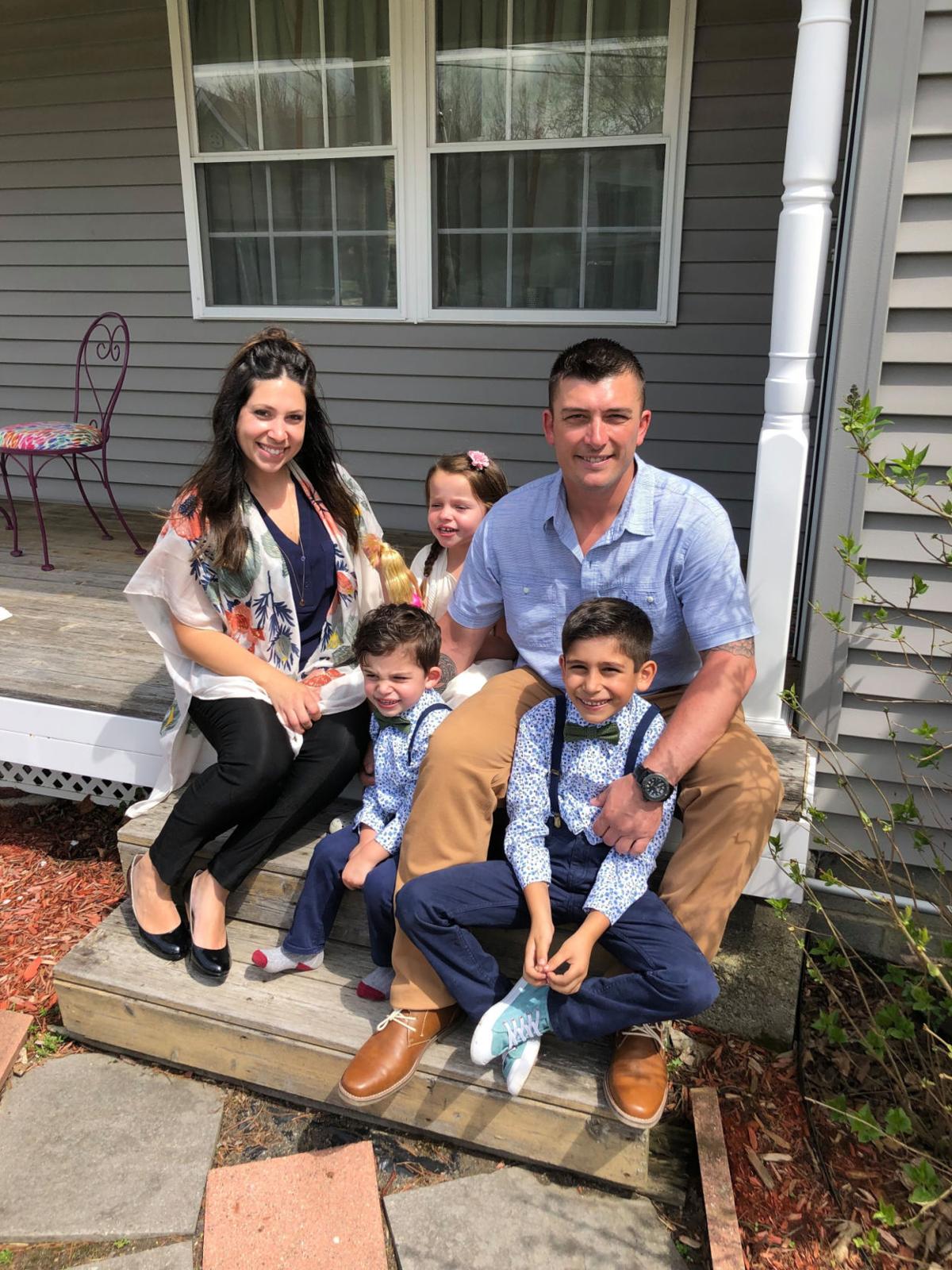 Contributed photoErin and DJ Welch with their three children, Rohan, Perri and Deagen.

Contributed photoErin and DJ Welch with their three children, Rohan, Perri and Deagen.

During one trip to Boston’s Children’s Hospital, Welch began writing a poem about a little bird, giving the bird two parents and two brothers, just like her daughter Perri has.

“I’ve been working on it for three years,” Welch said.

The poem grew into a book, “Little Bluebird,” which Welch recently self-published.

In the story, the little bird has one wing that is shorter than the other.

Welch hopes her book will inspire kindness and understanding in young readers, she said.

“Maybe it can offer some guidance for young children to understand or not be afraid of people who are not like them,” she said.

Perri, who is now 5, has been on a long journey to find a diagnosis, Welch said.

“My husband and I noticed around six months she was not sitting up,” Welch said.

Because this was their second child, the Welches had an idea when Perri should hit certain developmental milestones.

After seeing their pediatrician, the family took Perri to a specialist in Latham, Welch said. Then a neurologist ordered an MRI.

The findings of the MRI were unclear, Welch said, describing the time as “very scary.”

“They were saying she could deteriorate and not survive,” she said.

At that point the family went to Boston’s Children’s Hospital.

“As a mom, I knew something was going on,” Welch said.

It wasn’t until the family’s insurance expanded to include genetic testing, about 18 months ago, that the family was able to get answers.

Perri was diagnosed with FOXP1 Syndrome, a rare genetic disorder that can cause intellectual disability, developmental delay and autism-like symptoms, according to sparkforautism.org.

The first case of FOXP1 Syndrome was diagnosed in 2009, and as of 2017, 28 people with this type of genetic disorder have been described in scientific literature, according to sparkforautism.org.

“Three years ago this wouldn’t have been discovered on a panel,” Welch said.

Welch encourages parents to fight for their children.

“Be their advocate and don’t let anyone try to tell you how to parent,” she said. “You know your child and what’s going on.”

She received her first copy of “Little Bluebird” at the end of January.

Welch was able to share the story with Perri and her brothers, Deagen, 7, and Rohan, 3.

“Reading it to my children was amazing,” she said. “It made me so proud.”

“I’m looking at a softcover option to be able to sell them for less,” Welch said, adding that consumers may soon find copies on Amazon and at local businesses.

Publishing “Little Bluebird” was not about turning a profit, Welch said.

“It was more for my kids and writing a message to be kind and include others,” she said.

Welch will hold a book signing at the Cask and Rasher in Coxsackie from 1-3 p.m. on Feb. 22. Copies will be $25 at the signing.