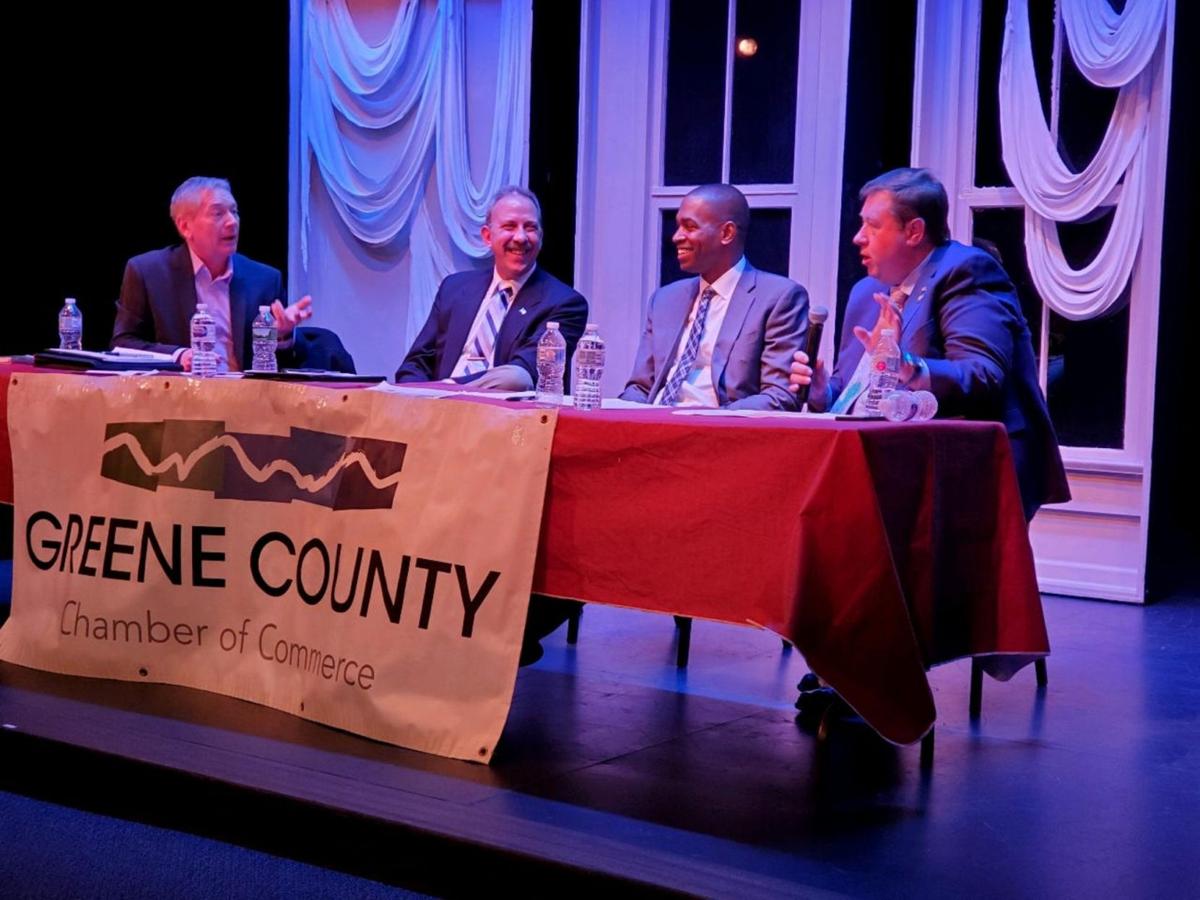 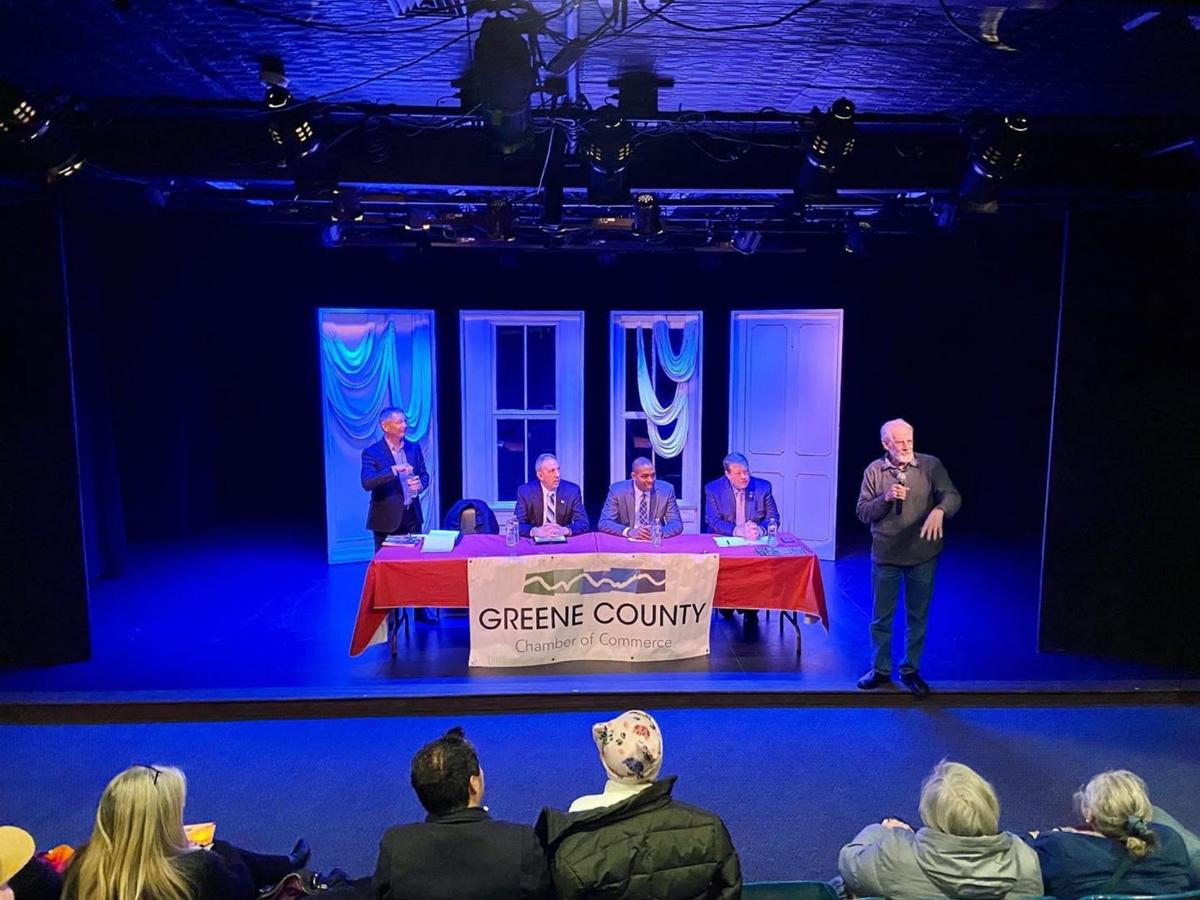 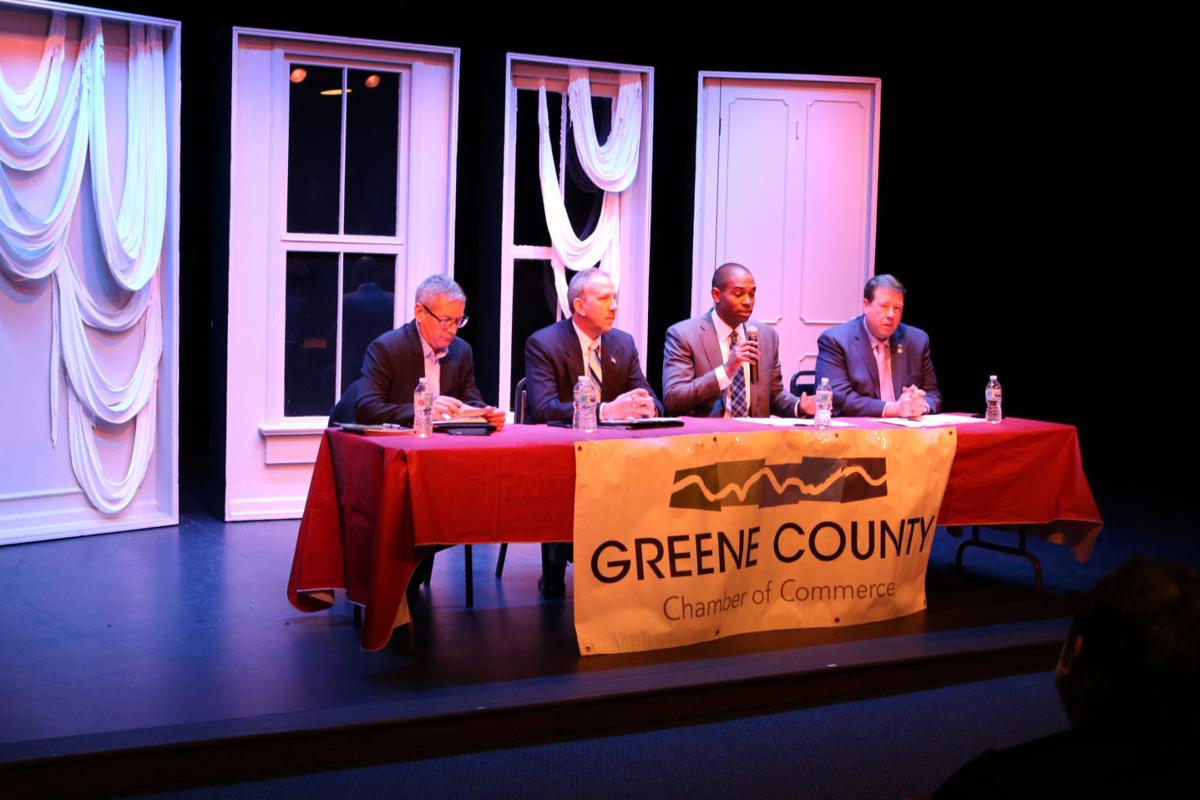 CATSKILL — Lawmakers at the national, state and county levels gathered Thursday night to discuss their goals for the new year.

The importance of adequate broadband and cell coverage was emphasized by all three lawmakers.

“[Internet] is at this point a basic utility,” Delgado said. “It would be like living without lights.”

Because private companies may not find rural communities to be as profitable, it is up to government to make an investment for the good of the public, and incentivize building out, he said.

Internet service goes beyond support of local business, Delgado said. The service is essential for telemedicine and education for students in the modern age.

Delgado is working on legislation that will establish a minimum requirement of 100 megabytes per second.

“We have to make sure rural communities are able to compete,” he said.

At the county level, the Economic Development and Planning Department is setting up a task force that will work with cell providers to identify dead zones throughout the county, Linger said.

Tague noted that he had called on the governor during a public hearing for an additional $500 million for broadband initiatives.

The lawmakers touched on identifying the needs of the workforce to train young adults and find them employment.

“Four-year degrees have been undermined by the changing global landscape,” Delgado said. “Not everybody is meant to go to a four-year college and that is OK.”

Delgado has aspirations of passing legislation that would set a goal for the nation to eliminate carbon emissions by 2050 and to identify what jobs are necessary to accomplish that feat by working with high schools and community colleges and developing PILOT programs, he said.

“Not everyone is going to be a lawyer or a doctor” he said. “Some people work better with their hands or their feet.”

Tague said he was dismayed with Gov. Andrew Cuomo’s lack of concern for the opioid crisis during the budget proposal.

“Just because the death rate or overdose rate has gone down, does not mean the problem is fixed,” he said.

Tague said he believes that federal funding for the opioid crisis should go directly to the communities that need it.

Greene County is in the midst of constructing its new jail, which has an estimated substantial completion date of January 2021, Linger said.

The county is also developing bids to demolish the former jail and sheriff’s office at 80 Bridge St., he said.

In 2020, county lawmakers will try to address the area’s homeless population, which ranges in number from 17 to the low 50s, Linger said, adding that it is currently around 32.

The county puts up these individuals in motels throughout the county, Linger said.

“It’s an expensive system, and not a very effective system,” Linger said. “So that’s one of the things we’ll be working on in 2020, is to have a homeless shelter right here in Greene County.”

In terms of emergency services, the county is adding an additional paramedic vehicle to its flycar system. The added vehicle will be stationed on the mountaintop. The county is also working on a new radio tower in Hunter, Linger said.

“[The flycar] is a good addition,” Linger said. “Especially in a county that doesn’t have a hospital.”

Tague expressed his concern over the state of volunteer fire departments.

“We have a terrible problem with retention and membership,” he said. “These people do, do, do and don’t ask for anything, not even a pat on the back.”

If circumstances do not change, Tague said, he foresees a switch to paid ambulance and fire departments statewide.

Although $12 million in funding has been proposed for emergency services, Tague said he would feel much better if it was $12 billion.

“This country was built on volunteerism,” Tague said.

Tague said he is working on legislation to make these volunteers tax-exempt.

The local economy is doing very well, Linger said, adding that a recent report showed that the county boasts its highest employment numbers to date.

Additionally, five hotel projects are in the works in the county, which is unprecedented, Linger said. Two are in Coxsackie, one is on Main Street, Catskill, one is at the Catskill Golf Course and one is at the former site of the Quality Inn near Thruway Exit 21 in Catskill.

Tague expressed some concern that tax pressure from the state will increase on local governments.

“It will be tougher and tougher [for local governments] to meet the 2% tax cap,” he said.

The tax pressure can make New York an unsavory place to live.

“Since 2010, 1.2 million people have left,” Tague said. “Some people say it’s the weather. Listen, it’s not the weather. People are being taxed out of their properties, homes and businesses.”

In terms of the state’s $6.1 billion deficit, Tague suggested that more mindfulness is needed with the budget.

“It’s just like at your house,” he said. “You know what your bills are, you know how much you make. You know if you can afford to go out to dinner on a Friday night. We need to put the government on a diet.”

At the federal level, Delgado drafted legislation that will create one centralized website for small businesses to learn about the regulations they must comply with, he said.

Tague expressed his appreciation for Delgado’s dedication to the agricultural community.

“Agriculture is still the main driver for the economy in New York,” Tague said.

Tague said $27.5 million has been proposed for agriculture in the state budget proposal, Tague said.

Infrastructure can play a key role in attracting businesses and residents to a community, Tague said.

“When businesses want to move into a community, they want to know: Do you have water and sewer set up?” he said.

Not having these services can make a community uninviting to people wanting to move to the area, he said.

Tague worked to secure an additional $100 million per year for five years for the Consolidated Highway and Street Improvement Program, which helps highway departments, he said.

“Our bridges and roads are in need of serious repair,” Tague said.

Tague said $5.5 billion in funding has been proposed for upstate roads and bridges.

Tague is also working on the Clean Water Infrastructure Investment Act, which is an $8 million revolving fund to be used for drinking water, stormwater and sewer water projects.

In Greene County, the Hunter Transfer Station is being rebuilt and improvements to come at the Coxsackie and Catskill locations, Linger said.

I gave this a few days to digest. I’m not allowed to attend meetings with the legislators and GC administrators, who arrested me last January just for attending. The video shows I was attacked by them after the meeting. https://youtu.be/4xLGfOxceW4

I speak directly, don’t curse, I’m not personal except to policy. https://youtu.be/dtFT2mfb7O0

The problem with Teague and Linger is they haven’t connected the failure in constructing a jail that’s not justified to the lack of new money businesses in Greene County (see Out Of Alignment https://www.hvoutofalignment.com/downloads)

Add the new $90 million obligation to a poor county of 50,000, with an annual budget of $112 million means we explode the 2% property tax cap. It also means we loose the savings set aside for employee health and retirement. There are no new money businesses here or coming to pay the upcoming expenses.

No money or proper priority for the actual needs of our county, 1st in opioid addiction and deaths, for the second year in a row.