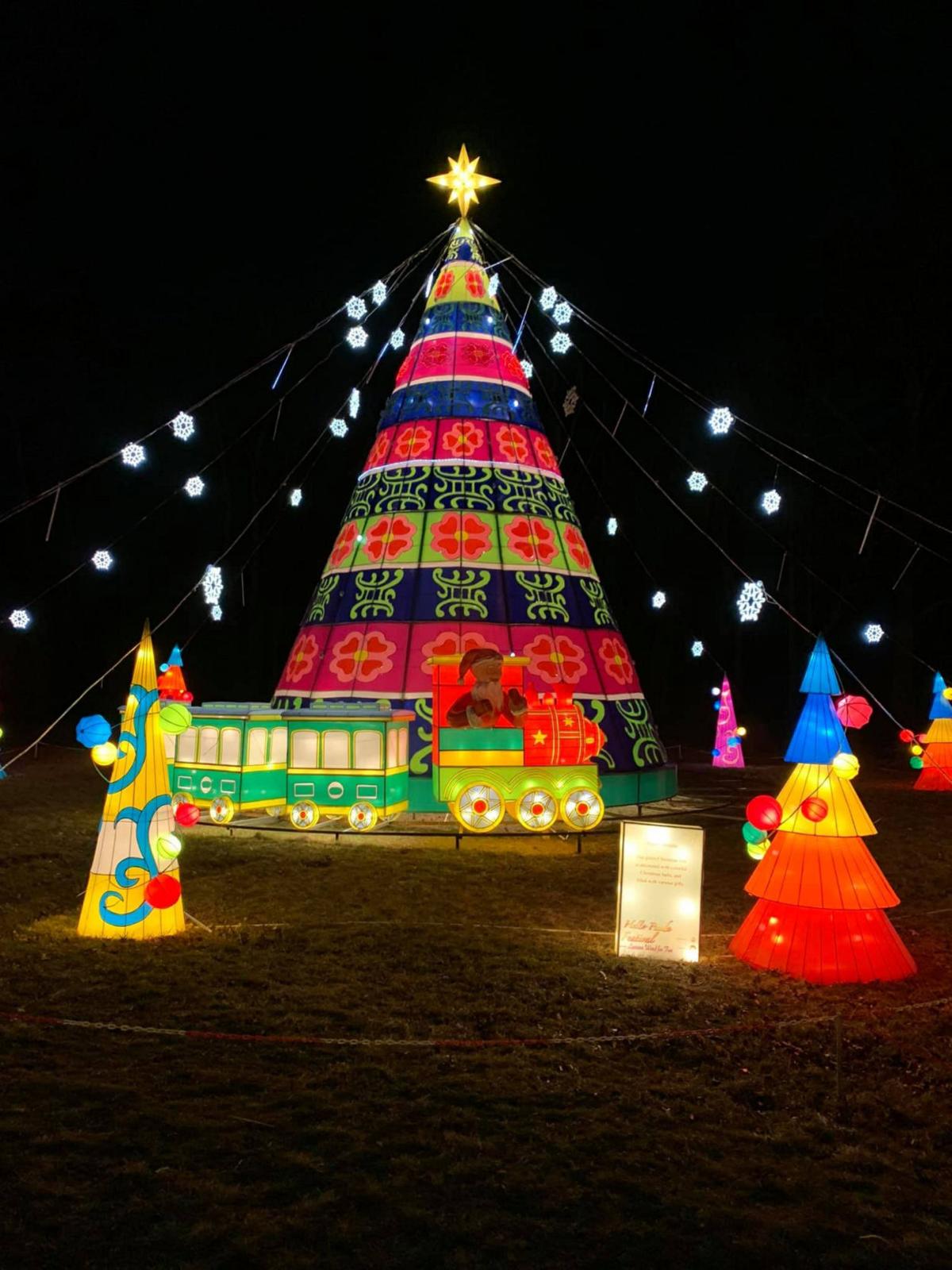 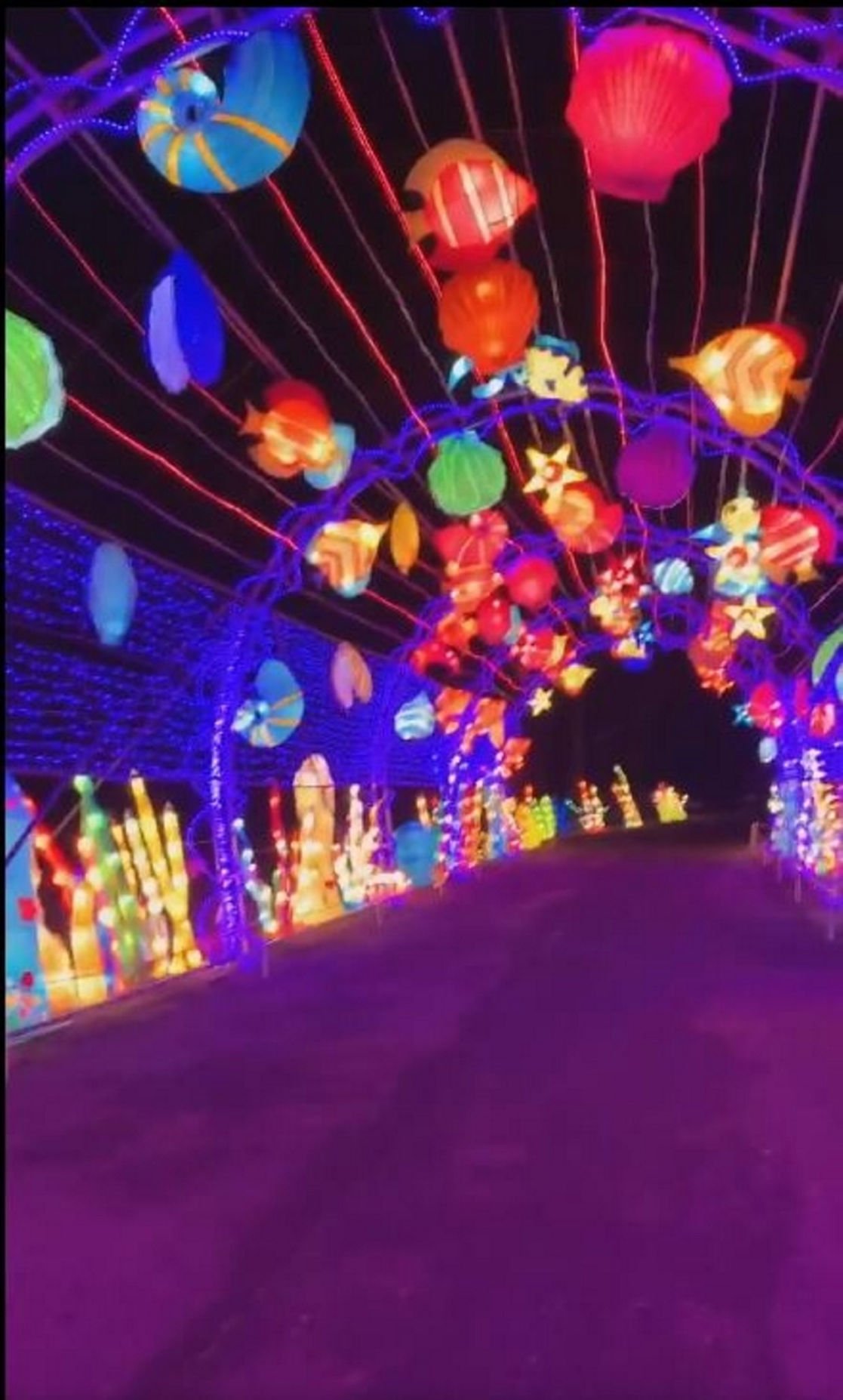 Contributed photoLanterns of all shapes and sizes light the way in a tunnel at the Hello Panda Lantern Festival in Catskill. Festival operators were fined $7,000 for electrical code violations.

Contributed photoLanterns of all shapes and sizes light the way in a tunnel at the Hello Panda Lantern Festival in Catskill. Festival operators were fined $7,000 for electrical code violations.

CATSKILL — A holiday light show scheduled to run until the end of March was prematurely canceled.

The Hello Panda Lantern Festival was scheduled to take place from Dec. 20 to March 29 at the former Friar Tuck Inn. With more than 120 lantern exhibits, the festival is considered the largest of its kind in North America, according to hellopandafest.com.

The Greene County Planning Board disapproved of the festival request, citing poor and potentially dangerous property conditions. The town Planning Board overrode the county’s recommendation in December.

“Due to weather conditions and safety reasons, Catskill Lantern Festival will be terminated,” according to the festival website. “Unscanned tickets will be refunded, please wait for further notice.”

Festival operators appeared in court Feb. 13 for two code violations: the state property maintenance code and for having deficient electrical wiring and equipment, according to the town court office.

The case was adjourned until Feb. 27.

The local phone number listed on the ticket sales page has been disconnected.

A woman who answered the phone on an alternate phone number said she had received a notice from the property owners that the event had to be shut down, although she did not know what the problem was.

Refunds were underway through Event Brite, the ticket vendor, the woman said.

When the festival’s permit was approved in December, the applicant, Lily Li, had satisfied the board’s conditions including acquiring suitable liability insurance with an indemnification clause and a letter from an engineer regarding the ability of the bridge on the property to support emergency vehicles.

Li was also required to provide adequate traffic control and security for the event, a first-aid station, a minimum of four portalets with one that is compliant with the Americans with Disabilities Act, appropriate security fencing and adequate lighting.

Festival organizers were also required to abide by the town’s noise ordinance and the festival had to be capped at 100 visitors per day and operate within the hours of 9 a.m. to 11 p.m.

The board’s conditions were issued in part based on recommendations in the Greene County Planning Board’s denial letter in November.

“The site is in significant disrepair, unattractive, and constitutes a nuisance that presents dangerous conditions to the users of the site,” according to the letter dated Nov. 15.

The site contains several dilapidated structures and the buildings on or contiguous to the site are condemned, unsecured, dangerous and may constitute an unattractive nuisance, according to the letter.

Adjacent parcels are littered with glass, debris, tiles, shingles and wood, according to the letter.

Greene County Treasurer Peter Markou, who attended the county Planning Board meetings, said the property is behind $698,000 in taxes.

The property where the festival took place is owned by Friar Tuck Resorts Inc. There are several adjacent parcels owned by L&H Resort Systems, LP.

It shouldn’t have even made it to that point. That property is a disaster and has been for some years now. I drive by it twice daily. Completely confident that the previous presumptuous statement was entirely unnecessary.

I agree completely. As a native, I know the history of that place. It's dangerous and probably has a few dead bodies in the foundations and in the pond(s). Send the clean up bill to the family who milked every dollar out of the property and make them clean it up!

Harassed into default... note that the work in Coxsackie for the jail is being done by non-Greene County contractors.