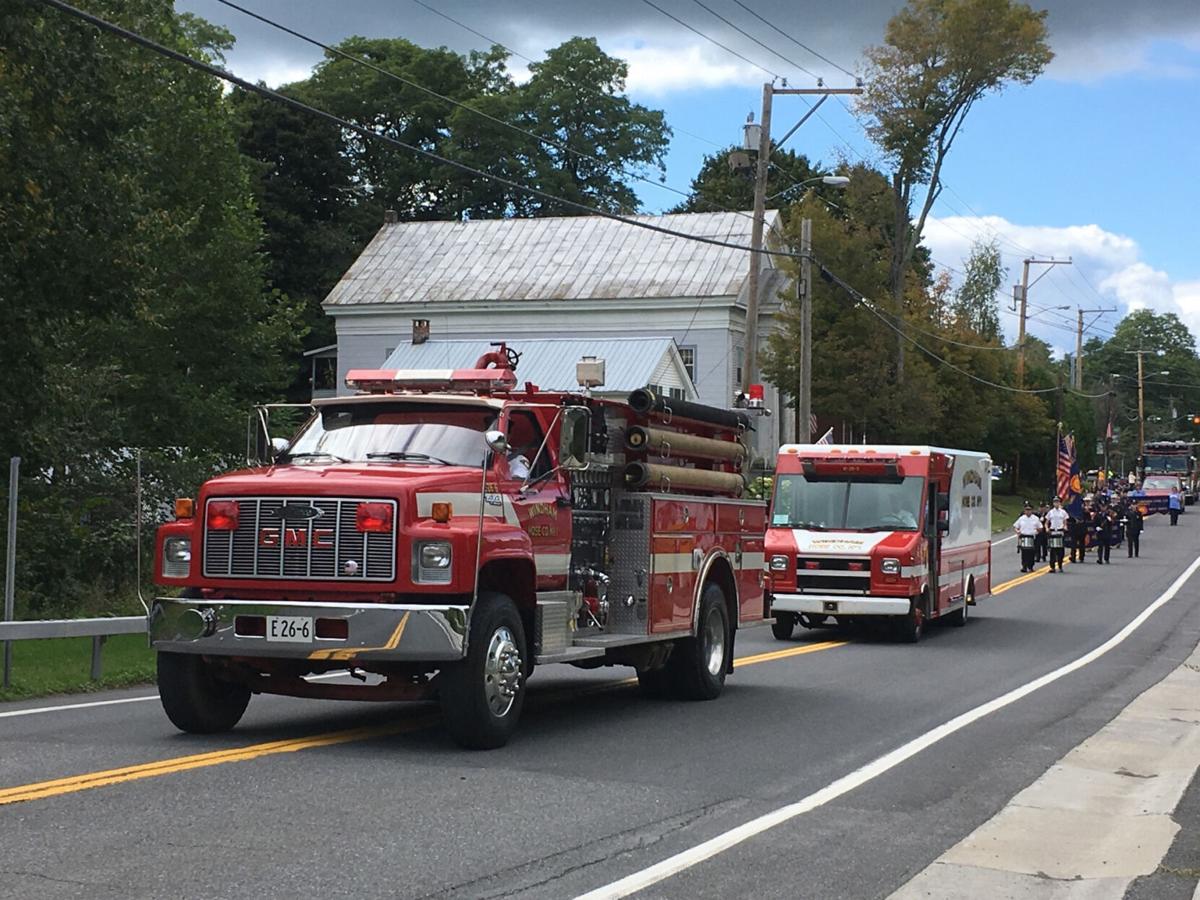 The annual firefighters convention and parades are back on after being canceled due to COVID in 2020. File photo 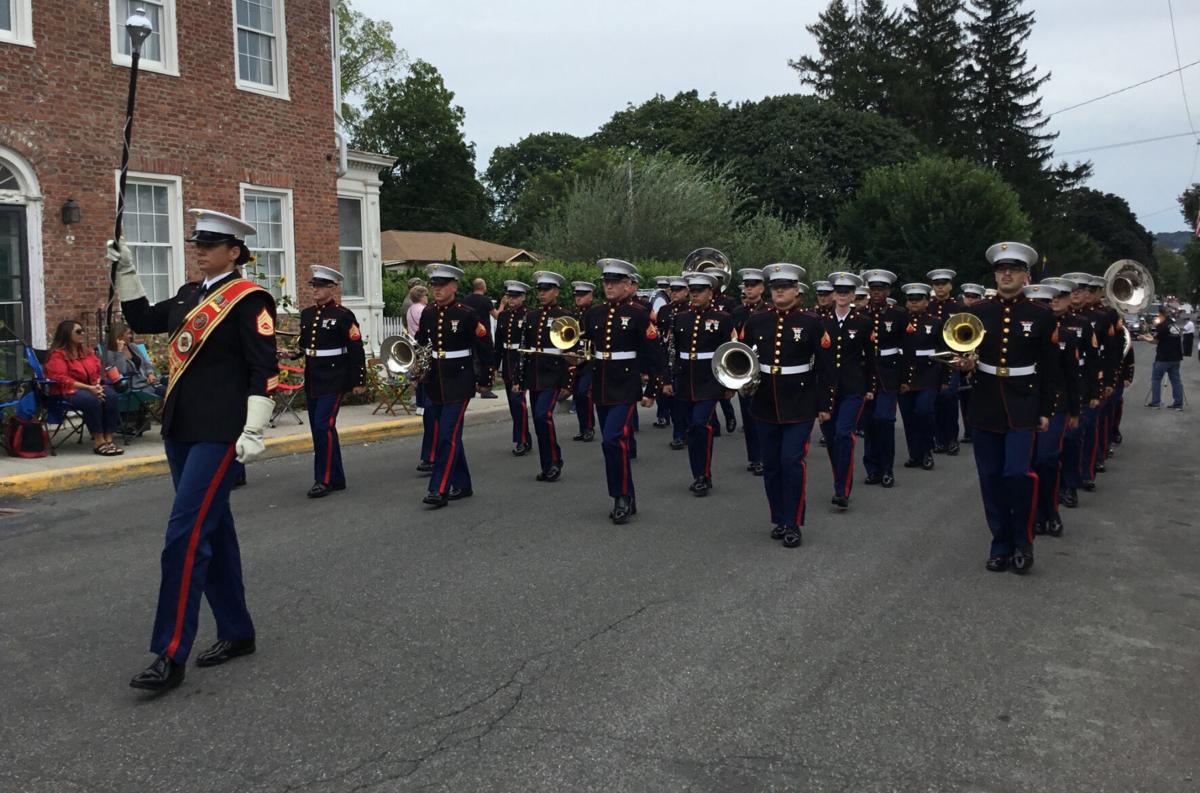 The Greene County Volunteer Firemen’s Association Convention is returning after a one-year hiatus due to the pandemic. File photo 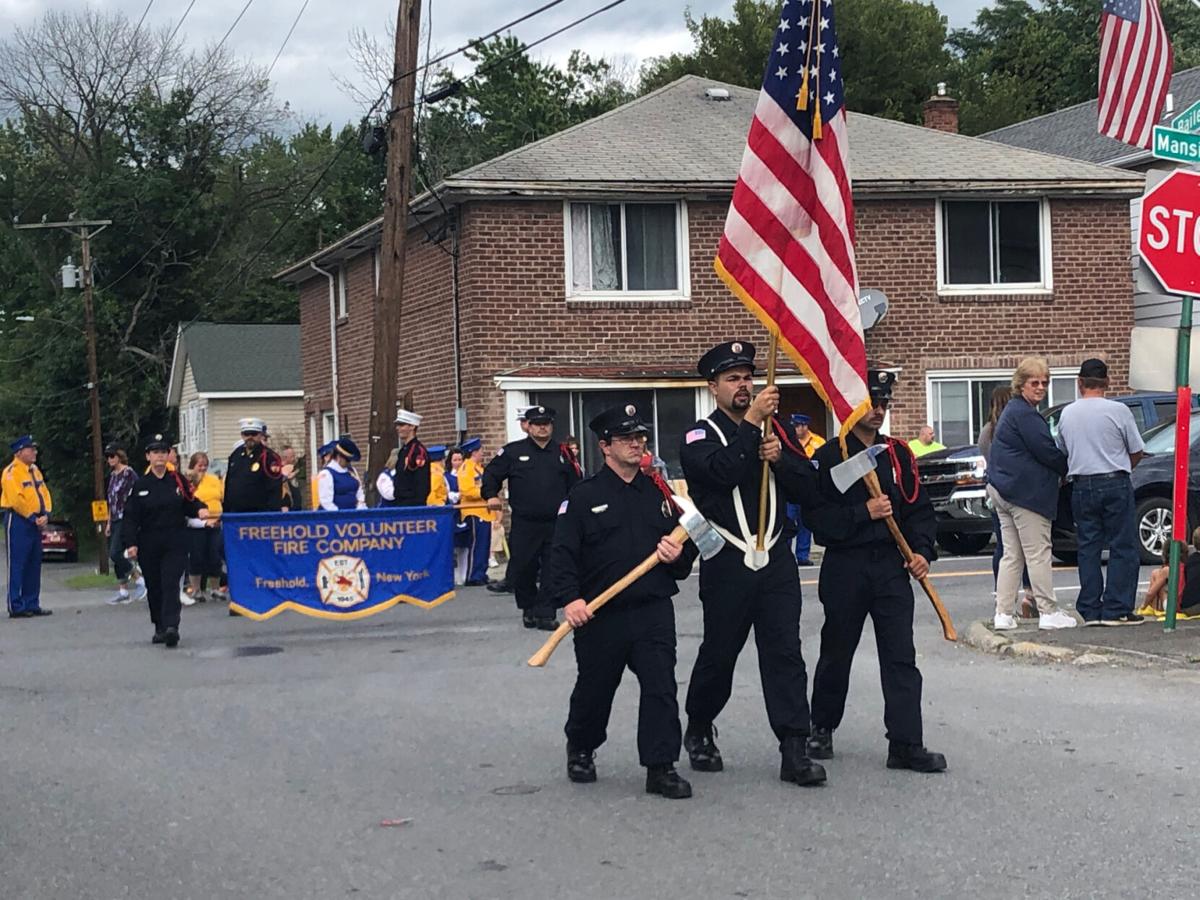 First responders and their supporters will return this year for the annual GCVFA convention and parade. This year’s convention will be held in New Baltimore. File photo

The annual firefighters convention and parades are back on after being canceled due to COVID in 2020. File photo

The Greene County Volunteer Firemen’s Association Convention is returning after a one-year hiatus due to the pandemic. File photo

First responders and their supporters will return this year for the annual GCVFA convention and parade. This year’s convention will be held in New Baltimore. File photo

NEW BALTIMORE — After being canceled for COVID last year — along with most other events in Greene County — the annual firefighters convention has been given a green light this time around.

Plans are in the works to hold the Greene County Volunteer Fireman’s Association Convention beginning Tuesday, Sept. 7, through Saturday, Sept. 11.

Cornell Hook and Ladder Fire Company, which is celebrating its 125th anniversary in 2021, is hosting the convention.

The five-day event will begin with a series of dinners for firefighters and auxiliary members, moving on to a Mardi Gras parade on Friday and culminating in the dress parade that will march through New Baltimore on Saturday.

Last year’s convention was canceled due to COVID-19 concerns, and while some uncertainties remain moving forward — including how many people are permitted at gatherings and what protocols must be followed as the coronavirus pandemic lingers — the convention is in the planning stages.

This week, Gov. Andrew Cuomo announced the New York State Fair, scheduled in Syracuse from Aug. 20 to Sept. 6, would be held, giving the fire company hope the convention and parades would be possible as well, Van Wormer said.

Cuomo announced April 26 the State Fair would be “reimagined” with attendance capped at 50% to allow for social distancing and fairground buildings closed to the public with the exception of bathrooms. Masks will be required except when eating and drinking.

“I’ve said time and again that no one wants to open the fair this year more than I do — and we are finally making it happen in a safe, responsible way,” Cuomo said Monday.

For the fire company, the hope is that between now and September, more restrictions may be lifted.

In the meantime, the fire department is moving ahead with fundraising. The annual convention costs the host company between $25,000 and $30,000, Van Wormer estimated.

Some funds have already been raised — even though many fundraising efforts such as breakfasts and dinners have been curtailed due to COVID, and the department is applying for a $10,000 grant from the Greene County Legislature.

One of the biggest challenges in terms of COVID restrictions will be the dress parade on Saturday, the largest event of the five-day convention, Van Wormer said.

“Right now we can have up to 500 people with proof of vaccination or a negative COVID test within the last 72 hours,” he said. “We are hoping the governor lifts that because it will be a little difficult — we will have to gate it and check people for vaccinations and negative test results. But if we have to — we just want to have this event. So many events have been canceled for fire companies this year.”

Greene County Legislature Chairman Patrick Linger, R-New Baltimore, said plans for the convention have been in the works for some time.

“Scott [Van Wormer] and I have been talking for the last six months trying to figure out if he was going to be able to start planning it,” Linger said. “We are in a pretty good place right now in terms of having things opened up.

“The fire district and fire company are willing to work within the state guidelines, so if they need to set up a testing protocol for attendees, or verification of vaccines, it looks like they will be able to have the volume of people in an outdoor capacity.”

Anyone looking to donate to the Greene County Volunteer Fireman’s Association Convention can visit newbaltimorefire.com.