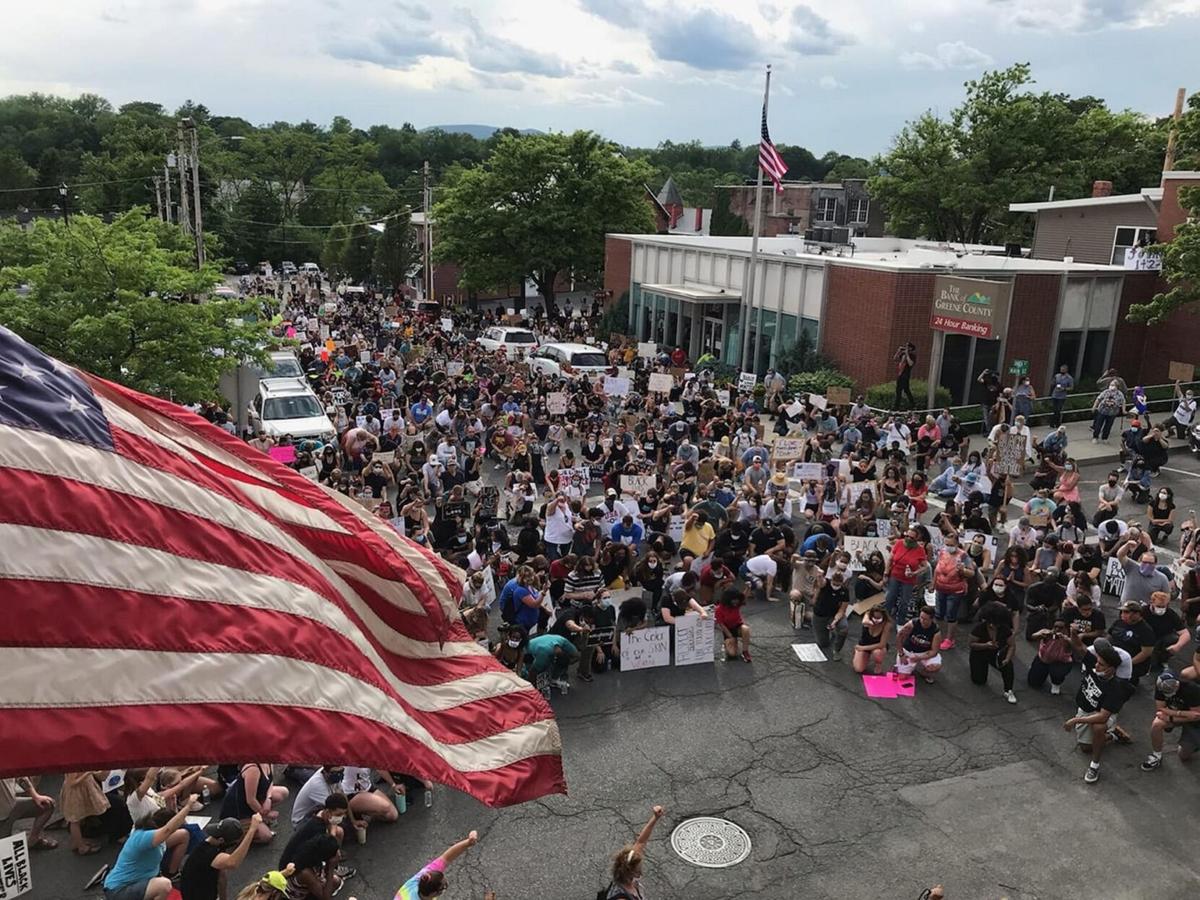 Contributed photoHundreds of community members marched to the village police station on Thursday. 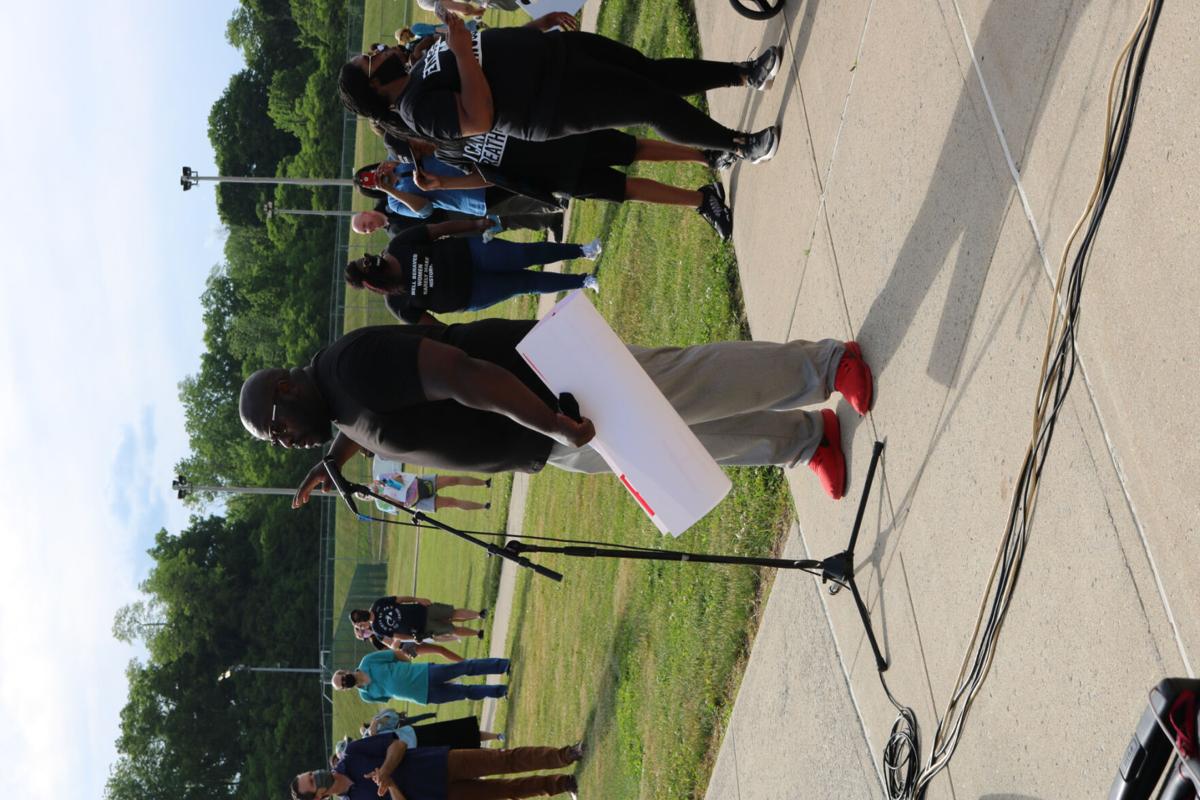 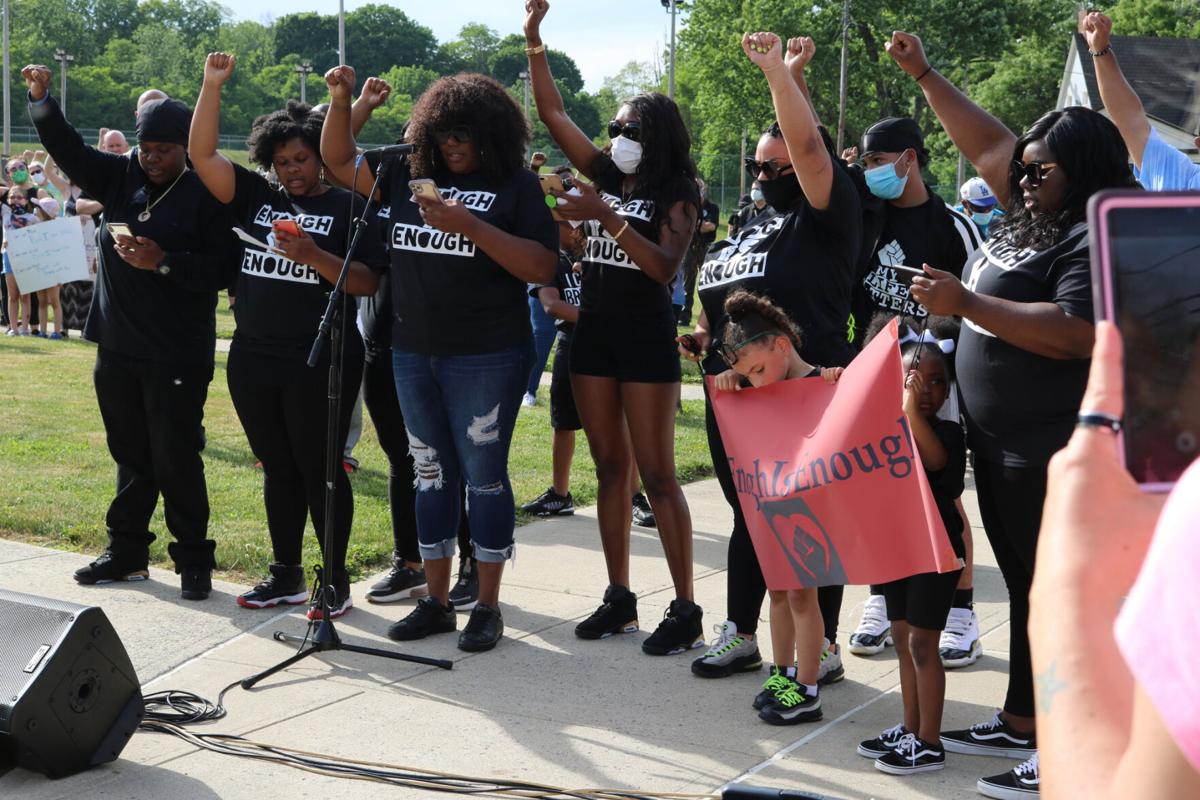 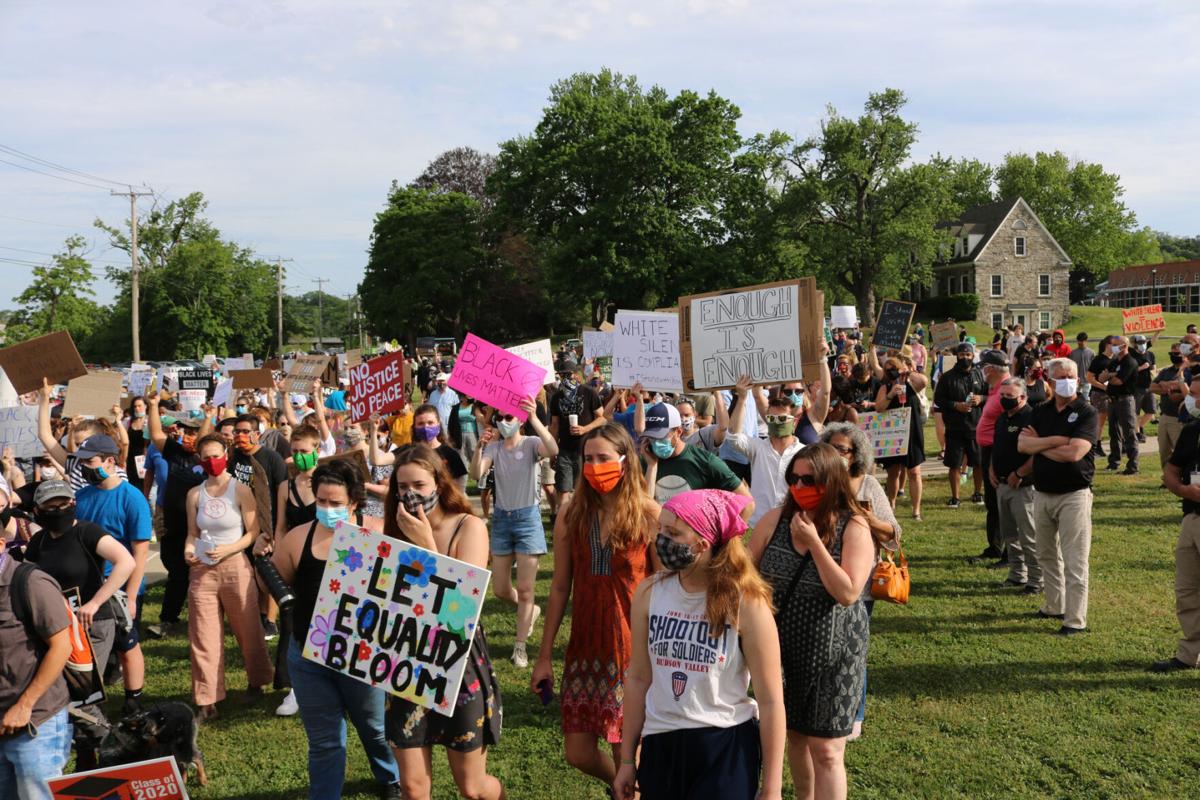 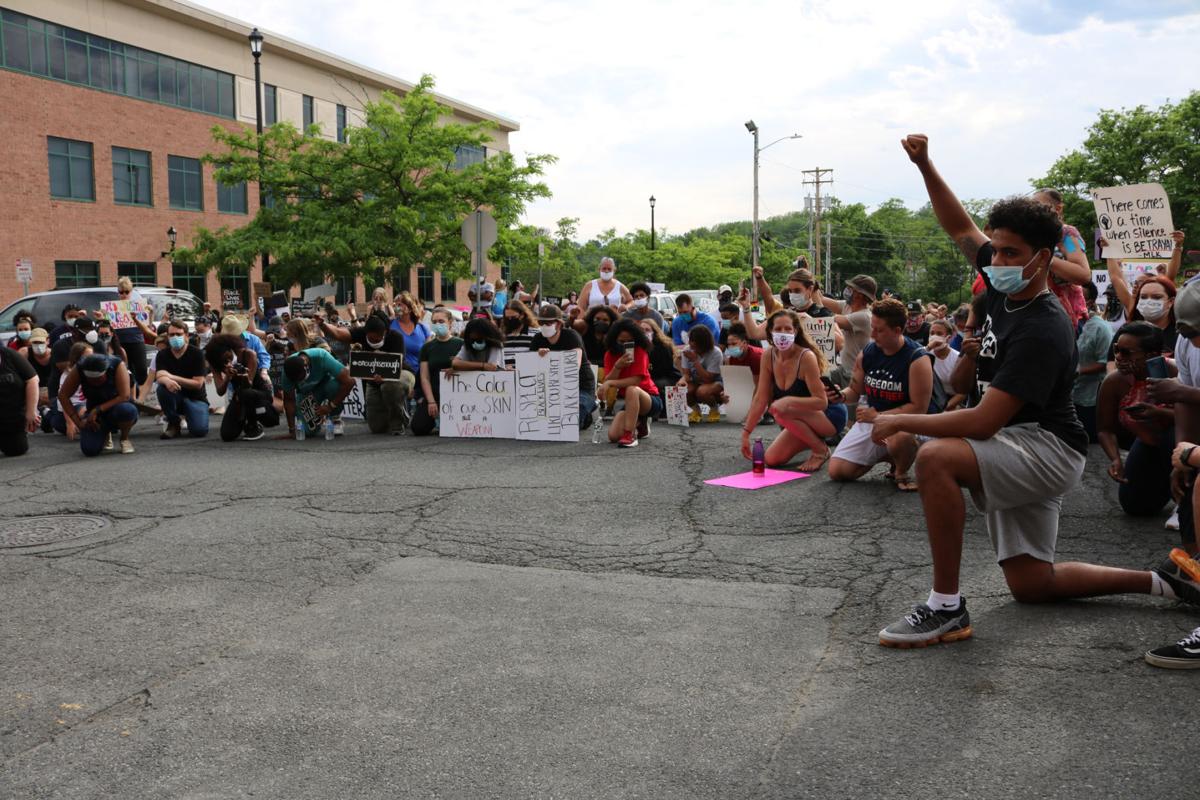 Sarah Trafton/Columbia-Greene MediaProtestors in Catskill knelt for nine minutes in front of the police station June 4 to signify the eight minutes and 46 seconds that George Floyd struggled for breath. 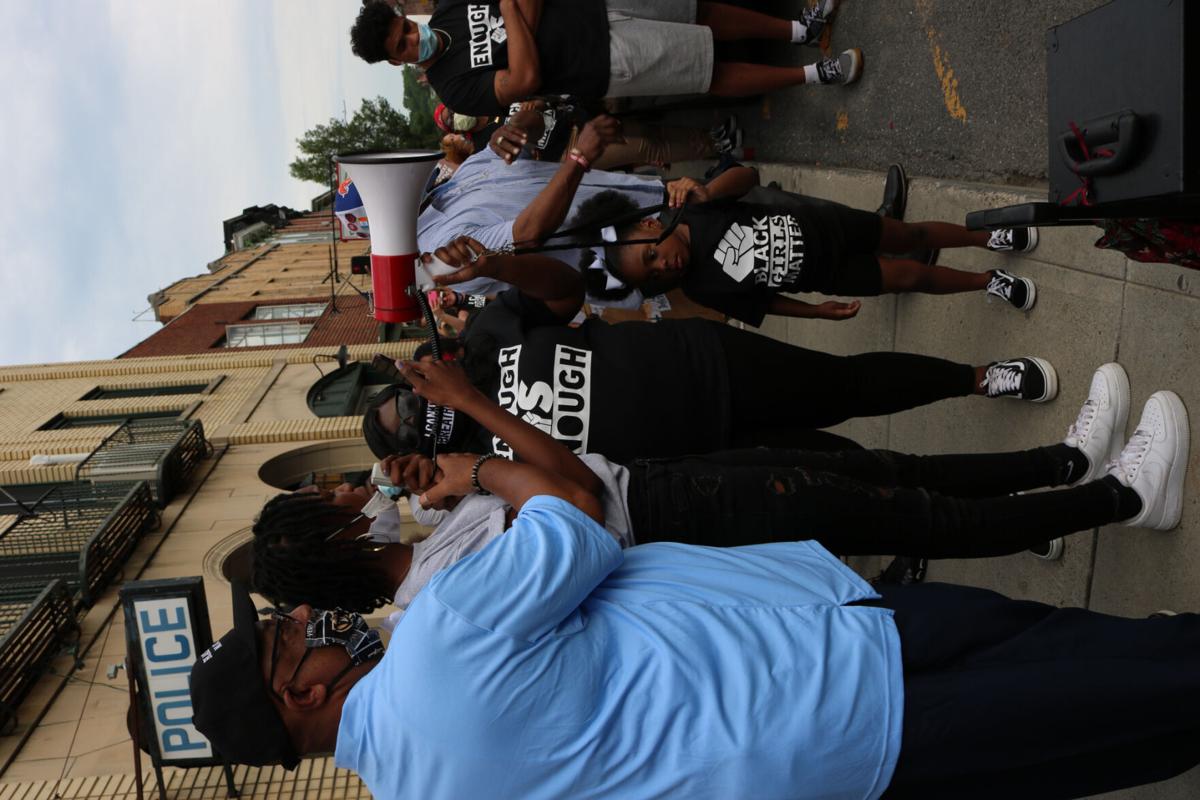 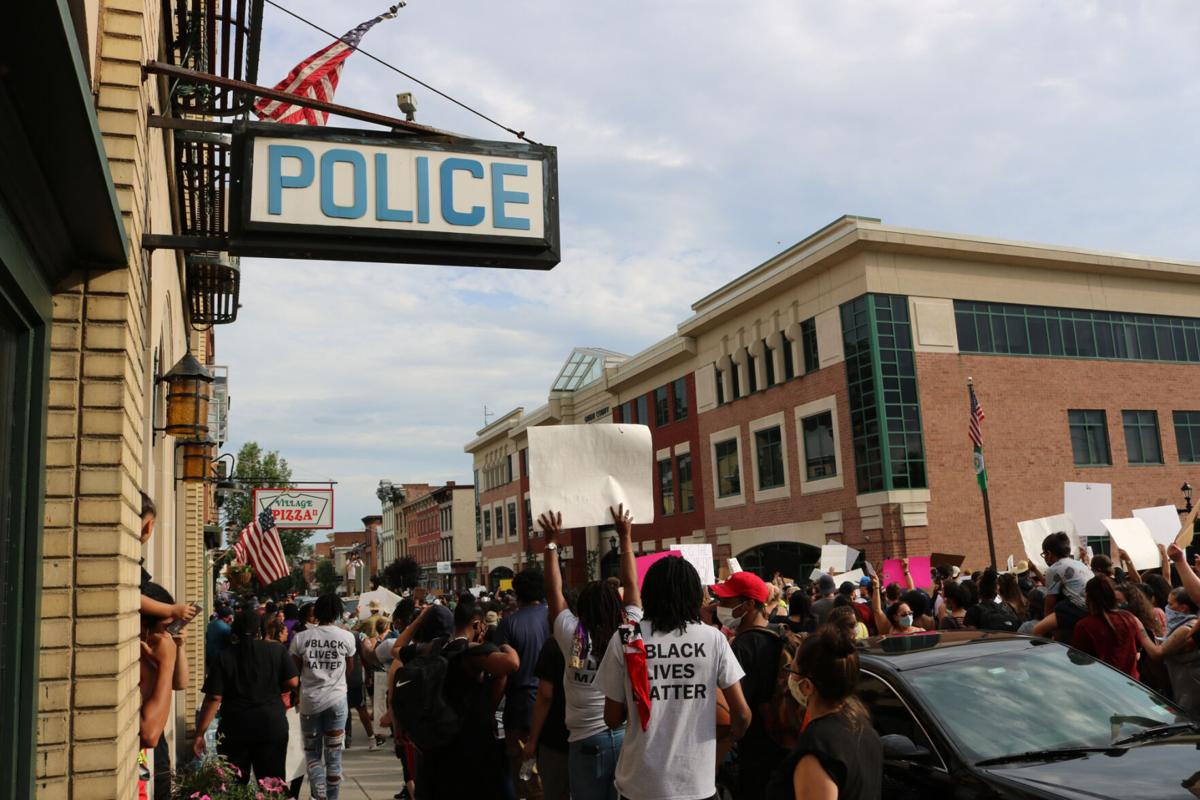 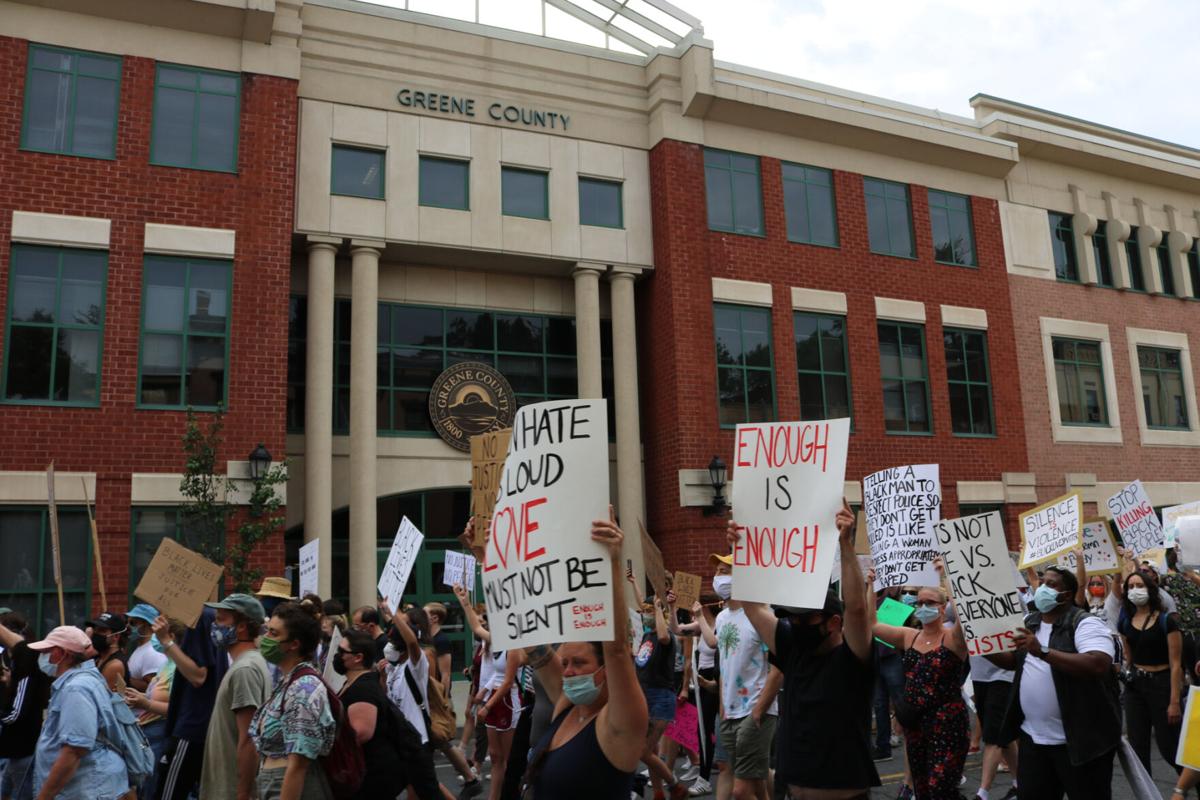 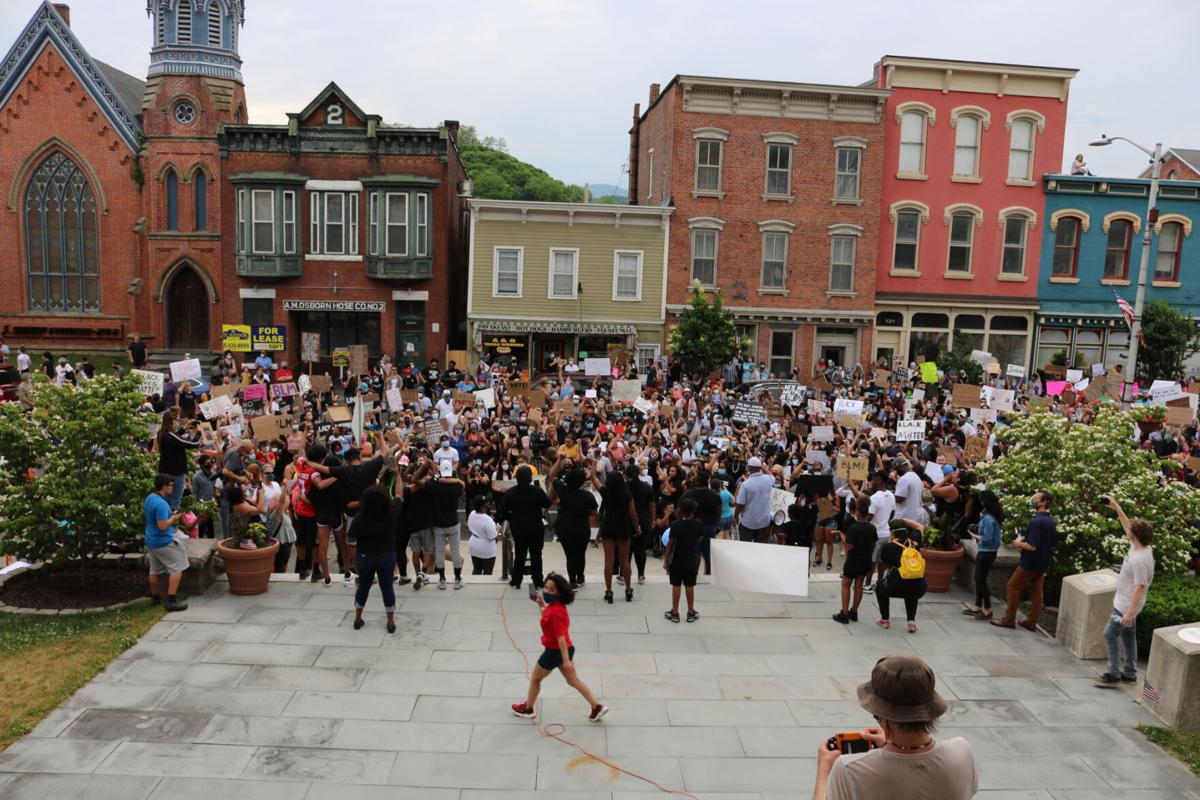 Sarah Trafton/Columbia-Greene Media Hundreds gathered at the County Courthouse, where the final speakers made their remarks. 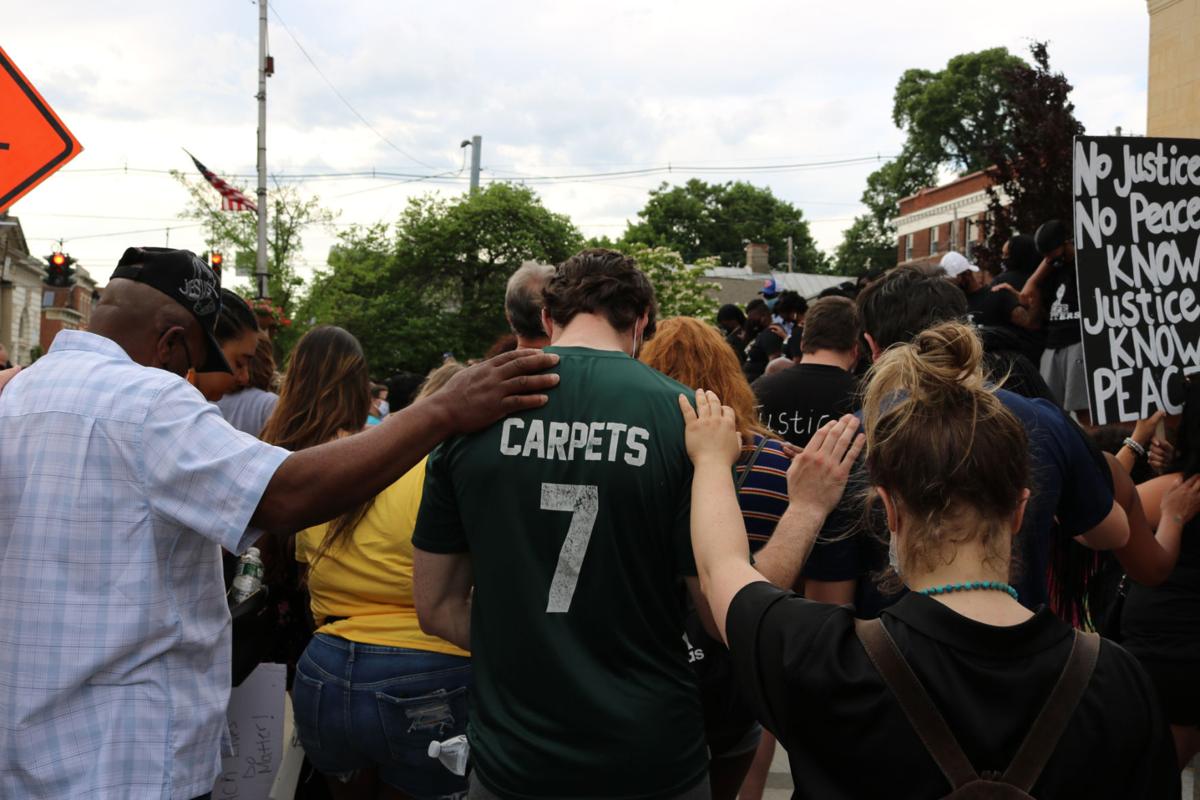 Sarah Trafton/Columbia-Greene MediaMarchers in Catskill protest the death of George Floyd and the presence of systemic racism in the United States at a peaceful rally last Thursday.

Contributed photoHundreds of community members marched to the village police station on Thursday.

Sarah Trafton/Columbia-Greene MediaProtestors in Catskill knelt for nine minutes in front of the police station June 4 to signify the eight minutes and 46 seconds that George Floyd struggled for breath.

Sarah Trafton/Columbia-Greene Media Hundreds gathered at the County Courthouse, where the final speakers made their remarks.

Sarah Trafton/Columbia-Greene MediaMarchers in Catskill protest the death of George Floyd and the presence of systemic racism in the United States at a peaceful rally last Thursday.

CATSKILL — Hundreds of people marched for racial justice in the village Thursday evening, adding Catskill to the list of locations across the globe to speak out against the actions of four Minneapolis police officers that resulted in the death of George Floyd.

Thursday’s march began at 5 p.m. at the Catskill Middle School, continued over the Black Bridge to the police station, ending at the Greene County Courthouse with prayer with guest speakers at each stop along the route.

“It’s important we teach our children because they’re going pick up the torch and carry it and move it along,” he said. “To treat people with love, respect, at all times to respect diversity, to respect one another no matter who you are. It’s very important that we teach the next generation in the right way.”

At the police station, Brantley led the protesters in nine minutes of silence to represent the 8 minutes and 46 seconds that George Floyd struggled for breath. Many protesters kneeled.

“I hope the officers here aren’t just here for security,” Johnson said. “I hope they are here to listen and understand that people here are fed up.”

Johnson quoted the Rev. Martin Luther King Jr. when speaking of the events in Minneapolis.

Unlike protests in other cities, the protests in Hudson and Catskill would remain peaceful and not destroy businesses, Johnson said.

April Walcott, a senior at Cairo-Durham High School, read a poem about what it is like to be a black woman in America. Walcott’s hands trembled as she used the megaphone and another organizer helped steady her. A tear streamed down Walcott’s face.

Other youths participating in the event included 2019 Catskill graduate Amara Wilson with a song, Niyana Owens, a Shenendahowa High School student, with a poem, another poem by Devin Woods and Maniah Spears, age 9.

Aaliyah Shook, a 9th grade Catskill student, said the march exceeded the expectations of the organizers.

Justice Brantley, a 2019 Catskill graduate, also delivered a message to the protesters.

The Rev. Catherine Schuyler read to protesters from the Bible about how all people are created in God’s image and encouraged the crowd to look around them.

“Thank you oh God, that although we kneeled for nine minutes, we stood up again,” Schuyler said during her prayer.

As the protesters marched toward the courthouse, village residents peered out of the windows, came out onto to their balconies and watched from rooftops.

Rounds of chants cycled up and down the line of protesters such as, “No justice, no peace, no racist police.”

The Rev. Richard Turpin believed that change is already in motion, he said.

“We cannot afford this moment to be swept under the rug,” he said. “We’ve come too far now. There are 18,000 police stations in the United States. Eighteen thousand of them will change their training and their structure. George Floyd is now an American hero.”

“We lit the torch of solidarity,” he said. “Enough is enough. The world has seen the straw that broke the camel’s back.”

Brantley said the fight isn’t over.

“It doesn’t end here,” she said. “When you are witnessing injustice, speak up.”

“It won’t stop until our neighbors and friends stop hitting the snooze button and have the courage to stand up for justice for all,” he said. “America, we can do better. America, we will do better.”

The Rev. Suzette Turpin led the crowd in a prayer, asking local law enforcement to hear what the group had to say Thursday and “not go back to business as usual.”

Turpin prayed that law enforcement “protect the people they promise to protect,” “walk in righteousness” and “with humility.”

“The event went extremely well,” Kusminsky said. “We had no issues whatsoever and I am thankful to the participants who peacefully made their voices heard. I, along with all of the other law enforcement officials are sworn to uphold the Constitution and we fully support the right of all citizens to peacefully assemble. We will continue to do all we can to protect and support those who wish to participate in peaceful public displays of their justifiable outrage at the way George Floyd died.”

Another protest is scheduled for 4 p.m. Sunday at the National Bank of Coxsackie in Coxsackie.

Hundreds march for justice in Catskill

There’s only one black person, one African-American, on both the Catskill police department and the Greene County sheriffs department.

When you look at the photographs of the judges in Greene County, at the courthouse, there’s not a single black.

When you look at the photographs of the legislators at 411 Main St., there’s not a single black.