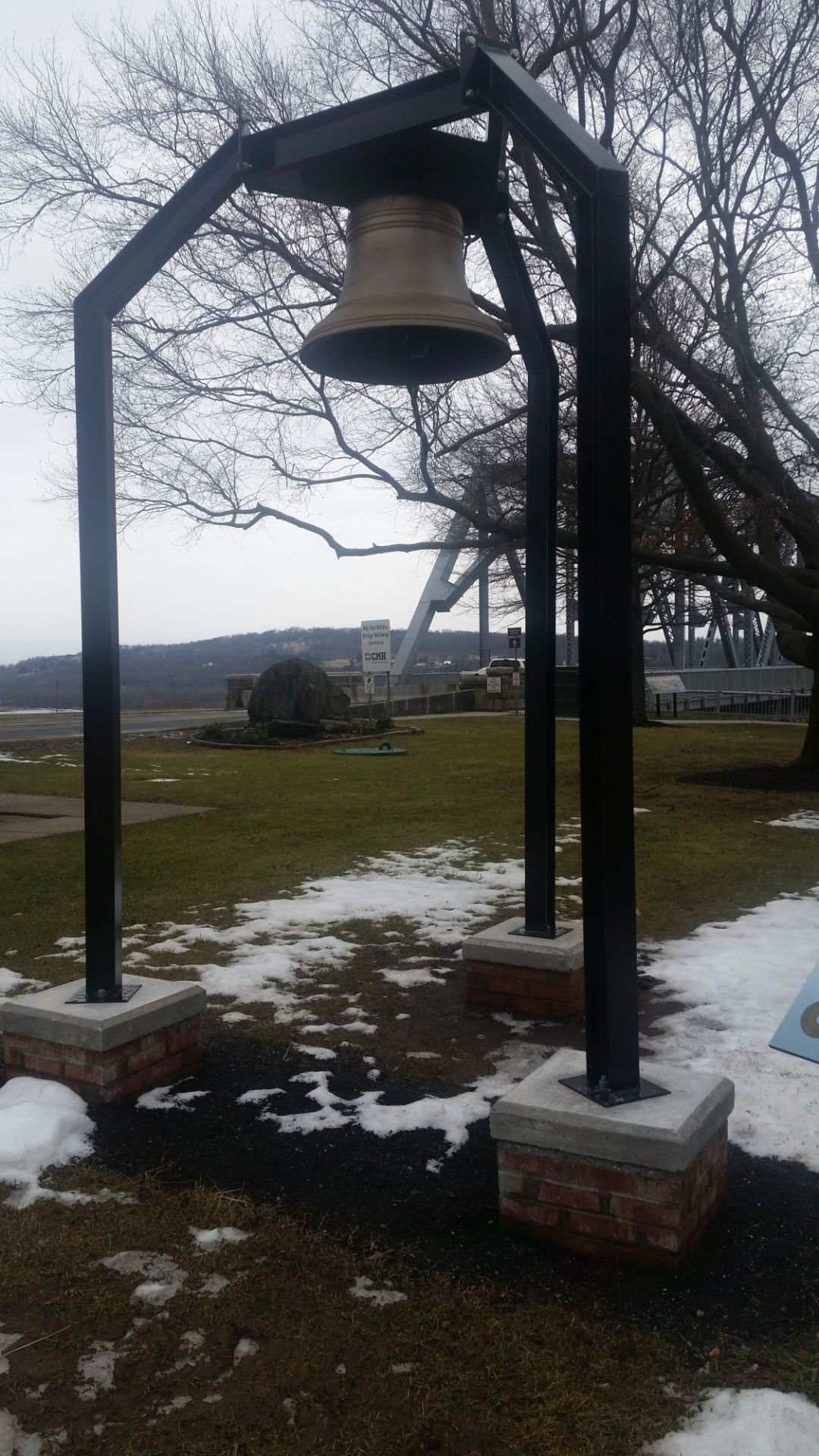 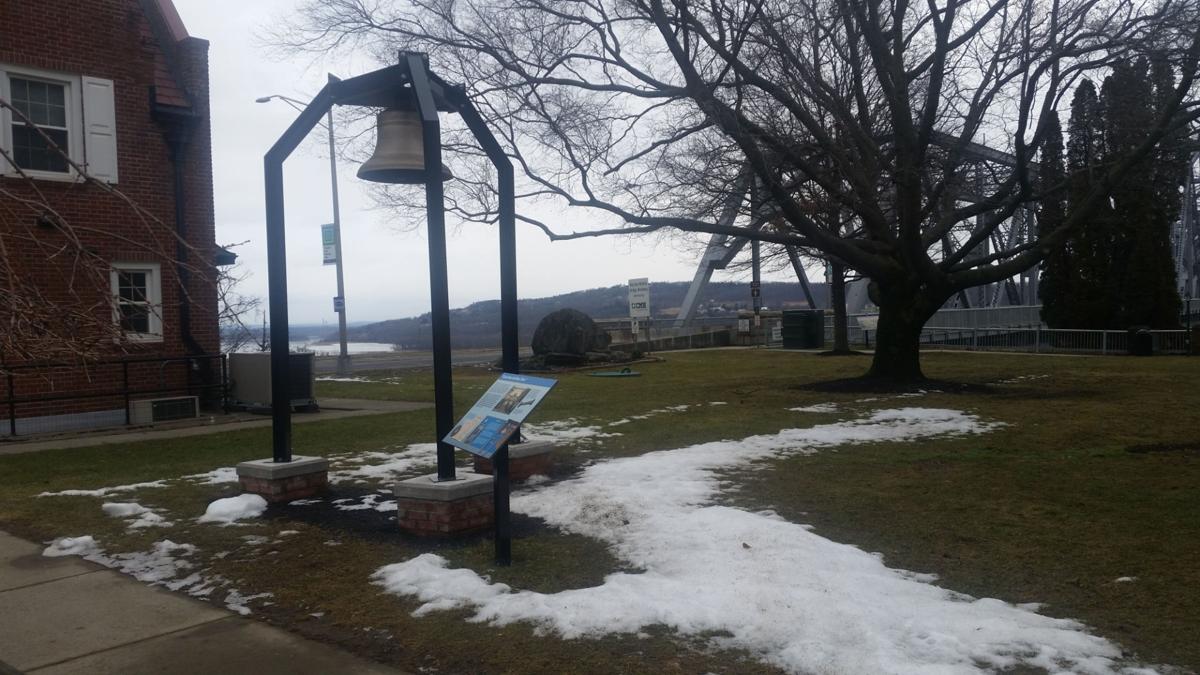 Sarah Trafton/Columbia-Greene MediaFramework surrounds the restored historic fog bell at the Rip Van Winkle Bridge approach in Catskill. A graphic history of the bell can be seen at the base. 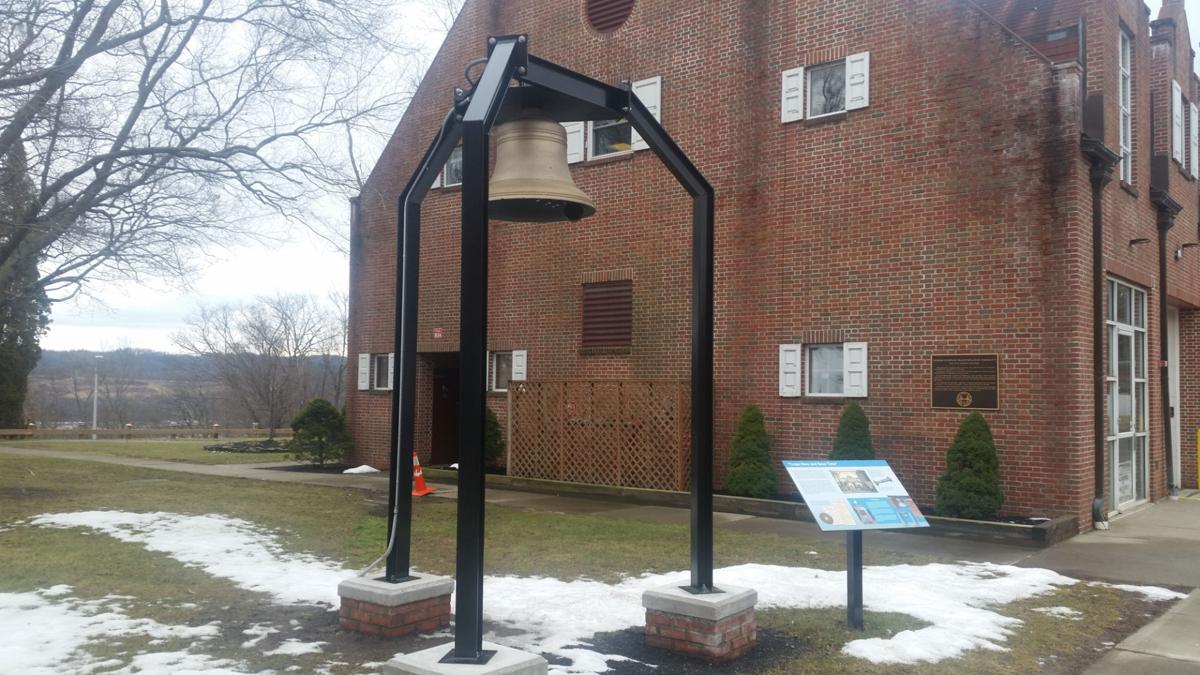 Sarah Trafton/Columbia-Greene MediaThe tripod structure on which the historic fog bell is mounted. The graphic history of the warning device is at the base. 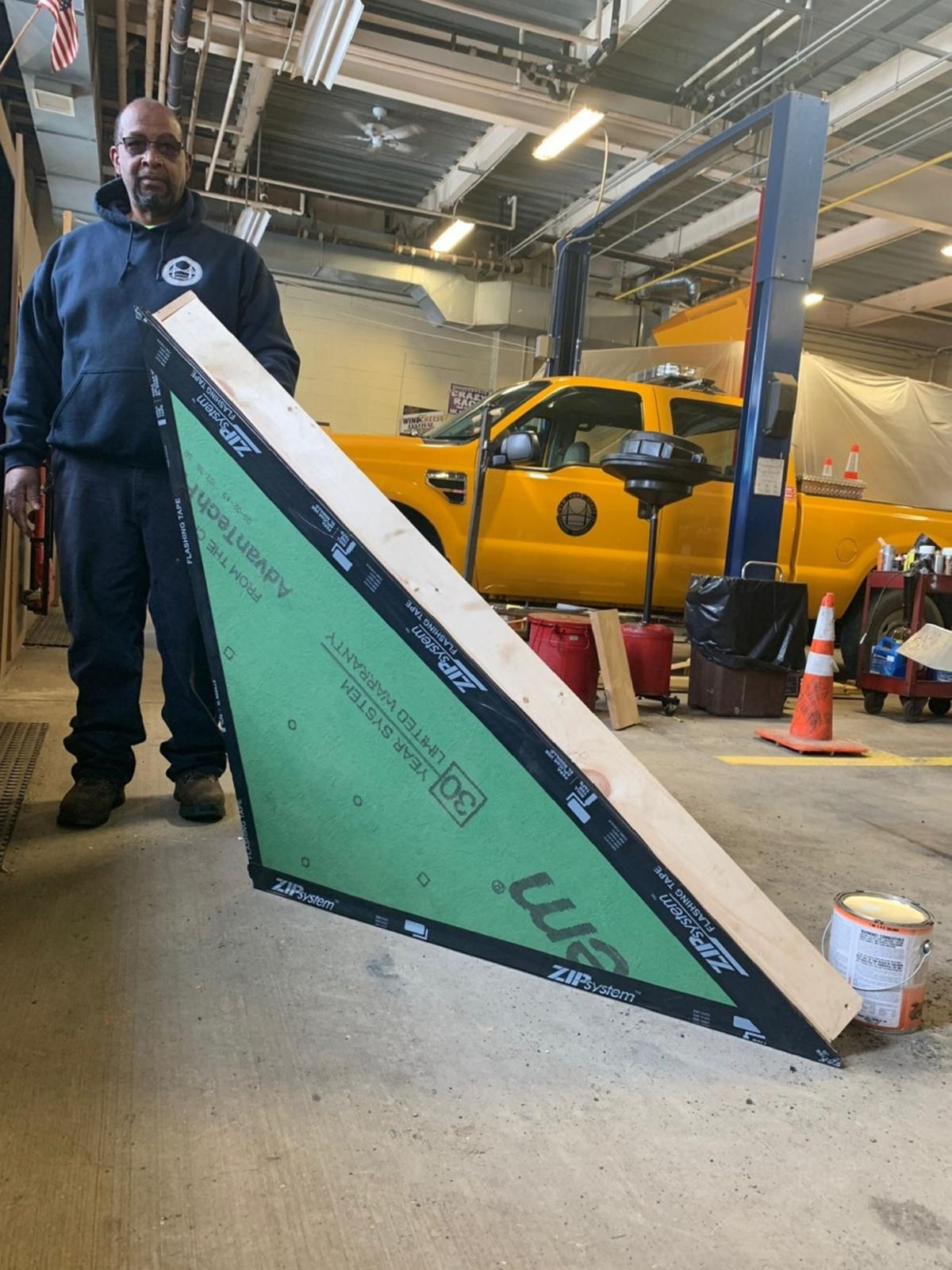 Contributed photoMarc Griffin with the roof he built for the bell display.

Sarah Trafton/Columbia-Greene MediaFramework surrounds the restored historic fog bell at the Rip Van Winkle Bridge approach in Catskill. A graphic history of the bell can be seen at the base.

Sarah Trafton/Columbia-Greene MediaThe tripod structure on which the historic fog bell is mounted. The graphic history of the warning device is at the base.

Contributed photoMarc Griffin with the roof he built for the bell display.

CATSKILL — A historic fog bell on the Greene County approach to the Rip Van Winkle Bridge rang for the first time in nearly two decades last week after it was restored.

Marc Griffin, an assistant foreman with the New York State Bridge Authority, had been advocating to have the bell restored for about 15 years.

“It’s a piece of forgotten history,” Griffin said. “It’s a local bell, made in Troy.”

Griffin estimates that the company, Meneeley and Company, may have been the first bell company in the United States.

“They were renowned for their work throughout the world,” he said.

Meneeley and Company was founded in 1826 by Andrew Meneeley in West Troy, today known as Watervliet, according to nysl.nysed.gov. Meneeley studied under Julius Hanks, who was the first man to open a bell foundry in the Troy area.

The bell was stationed on a pier close to the river when the bridge was built in 1934, Griffin said.

“Fog bells were used so ships would not hit the bridge on foggy days on their way up the river,” he said. “This was long before radar.”

The bell stopped working and was removed from the pier about 19 years ago, Griffin said.

“I cleaned it up and we put it on display,” Griffin said.

Griffin’s first display was made using a wooden beam, which deteriorated over time.

The new design will be more weather-proof, according to the Bridge Authority.

The fog bell was replaced by a modern system on the bridge and the original bell lacked a striker, so it could not ring, Griffin said.

“It stopped working and the company is long out of business,” Griffin said.

For years, Griffin asked the Bridge Authority to look into restoring the bell.

“This project has been a labor of love for Marc Griffin, our assistant bridge foreman at the Rip Van Winkle,” according to the Bridge Authority. “You’ll often find that our staff takes great pride in our bridges and look for ways to honor their history. For about 18 years, Marc has been working to make the bell accessible to the public and has helped make it a mini-attraction when people come to the park area next to the bridge’s Administration building.”

The cost of the project was about $12,890, according to the Bridge Authority.

Historic Bridges of the Hudson Valley funded $8,000 of the project, with the remainder picked up by the Bridge Authority.

Historic Bridges of the Hudson Valley Director Kathryn Burke said she was happy to have been a part of the project.

“One of the most endearing things to me about the New York State Bridge Authority is that the ‘employees,’ and I use quotes on that, because the endearing thing is, they are not just employees,” Burke said. “Most of the people at the Bridge Authority, presently and in the past, take great pride in their bridges. Marc is a great example of that pride. For years he’s seen the bell, a symbol of the Rip Van Winkle Bridge, 85 years old this July 2, and desired to give it a special place to be displayed. I know that it won’t be long before people in Catskill and drivers crossing the bridge will be listening for the bell as they pass at the intended ringing time.”

Griffin built a cover for the structure, which eventually will be wrapped in copper. The Verdin Company was hired to refurbish the bell and provide a new striker, according to the Bridge Authority.

The project will be completed by the end of February and the historic bell will be rung three times per day at 8 a.m., noon and 6 p.m.