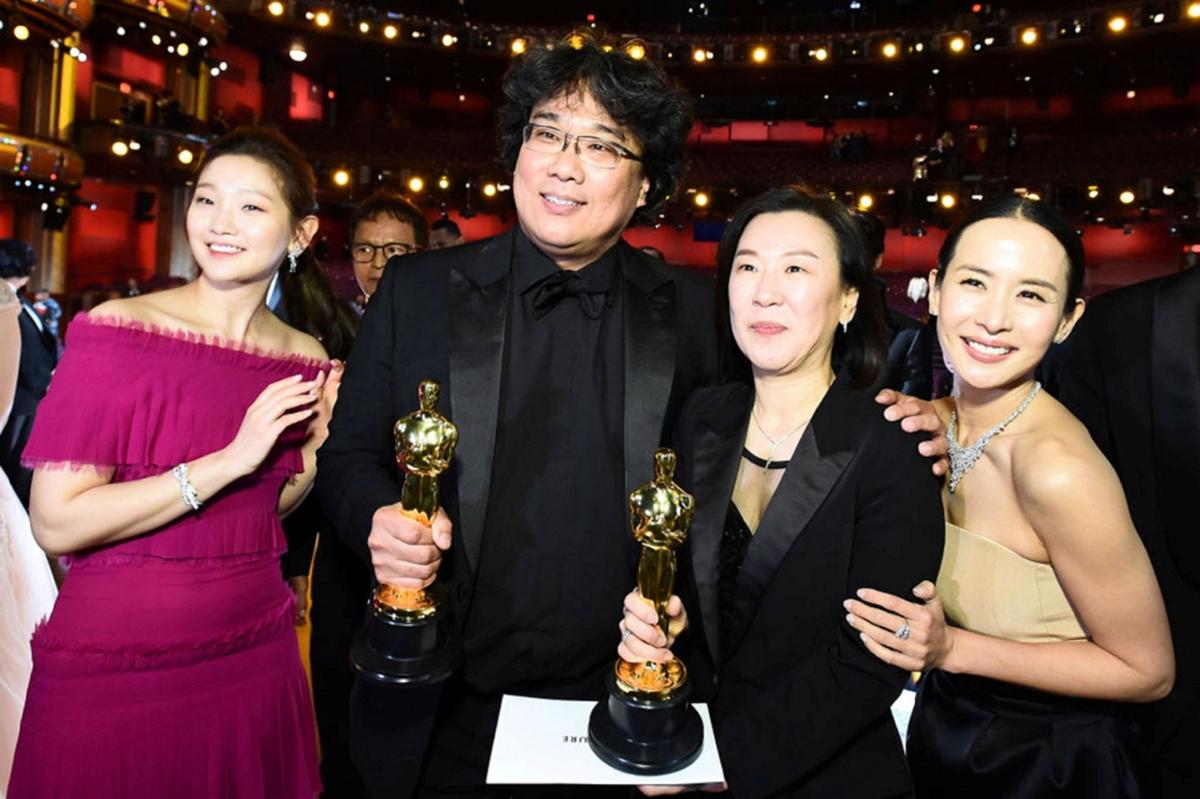 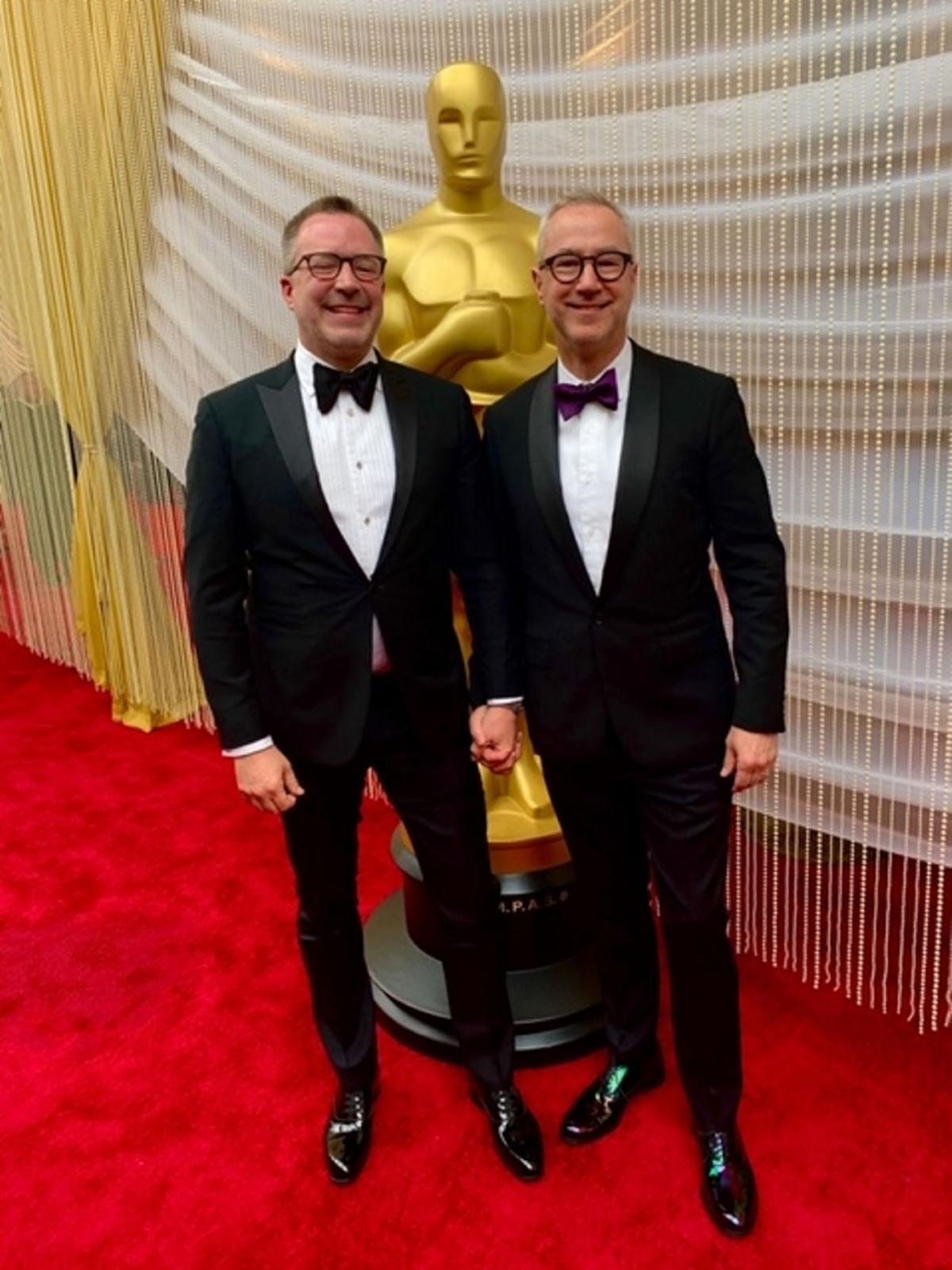 LOS ANGELES — It was a rare rainy day in the City of Angels when Hillsdale Town Supervisor Peter Cipkowski and his husband Bill Kramer attended the 92nd Academy Awards ceremony Sunday.

Actor Tom Hanks announced the new Academy of Motion Pictures Museum at 6067 Wilshire Blvd., will open on the Los Angeles County Museum of Art campus Dec. 14 with Kramer as its director.

Kramer moved to Hillsdale five years ago from Los Angeles. He accepted the job last fall and took over Jan. 1. Cipkowski will split his time between Los Angeles and Hillsdale while Kramer settles into his new role.

“[My husband] actually worked with Tom Hanks over the weekend to prepare the launch announcement of the museum,” Cipkowski said. “Now there’s this large complex devoted to the art and study of motion pictures, and the history of motion pictures, that my husband is the director of.”

A project years in the making, Kramer acted as the Academy Museum’s managing director of development and external relations from 2012 to 2016, being instrumental throughout city council approval processes.

“I have a deep connection to the Academy Museum,” Kramer said. “I am so looking forward to working again with the museum’s creative teams, staff and partners as we prepare to open the doors of our spectacular campus. As I felt when I helped to launch this project, I am confident that we are building the world’s greatest museum experience dedicated to movies.”

The Academy Museum will draw from its own collection of film-related objects and technology as well as the “unparalleled collection of the Academy of Motion Picture Arts & Sciences,” which contains a vast range of works on paper and still and moving images covering the history of motion picture in the United States and throughout the world, according to its website.

The building itself is a work of art, Cipkowski said.

“It was a 1930s art deco department store that was quite famous in Los Angeles in its day, and it’s on the LACMA campus and the Academy of Motion Pictures acquired this old department store, which I think had been abandoned for some time, to become sort of the centerpiece of the museum,” Cipkowski said. “And then Bill used to work with the Academy years ago before he came to Hillsdale, worked with Renzo Piano, a famous Italian architect who basically gutted, remodeled the old department store and added this incredible sphere. It’s now called the Geffen Theater, but it’s a remarkable piece of architecture that houses a huge theater attached to the department store.”

Cipkowski said, as he was seated at the ceremony, he responded to a text from a Hillsdale town board member.

“As Town Supervisor, I am on call 24/7,” Cipkowski said. He headed back to Hillsdale on Monday morning for meetings and to get some work done at town hall.

While Kramer is a relative newcomer to New York, Cipkowski grew up in Hillsdale and served for eight years on the town board before becoming supervisor. He is in his second term.

“This was my first time at the Oscars, and it was a particularly historic night,” Cipkowski said. “It was the first time a non-English, international picture, “Parasite,” won, not only best foreign film, but also best picture.”

The South Korean film is only the 11th non-English film to be nominated. Its director, Bong Joon Ho, took home Best Director, and the film was also awarded Best Original Screenplay, with nominations in the Production Design and Film Editing categories. Miky Lee, executive producer of “Parasite,” is a trustee of the museum.

“It’s interesting when I think the Oscars are sort of a symbol of, in a way, the American Dream,” Cipkowski said of his time spent in the presence of artists.

He said seeing the production live is a different kind of experience and the show moves quickly, especially with such amazing performances.

“I did get to share a gin and tonic with Olivia Colman, who won Best Actress last year, and clink glasses with a couple of other wonderful people,” Cipkowski said.

The museum will have both permanent and special exhibits, including an inaugural exhibit from Spike Lee, which he announced during the ceremony Sunday.

“We cannot wait to welcome the whole world to the Academy Museum,” Kramer said. “When our doors open on Dec. 14, our thrilling combination of exhibitions, screenings and public educational programs will create unparalleled experiences for movie lovers everywhere.”