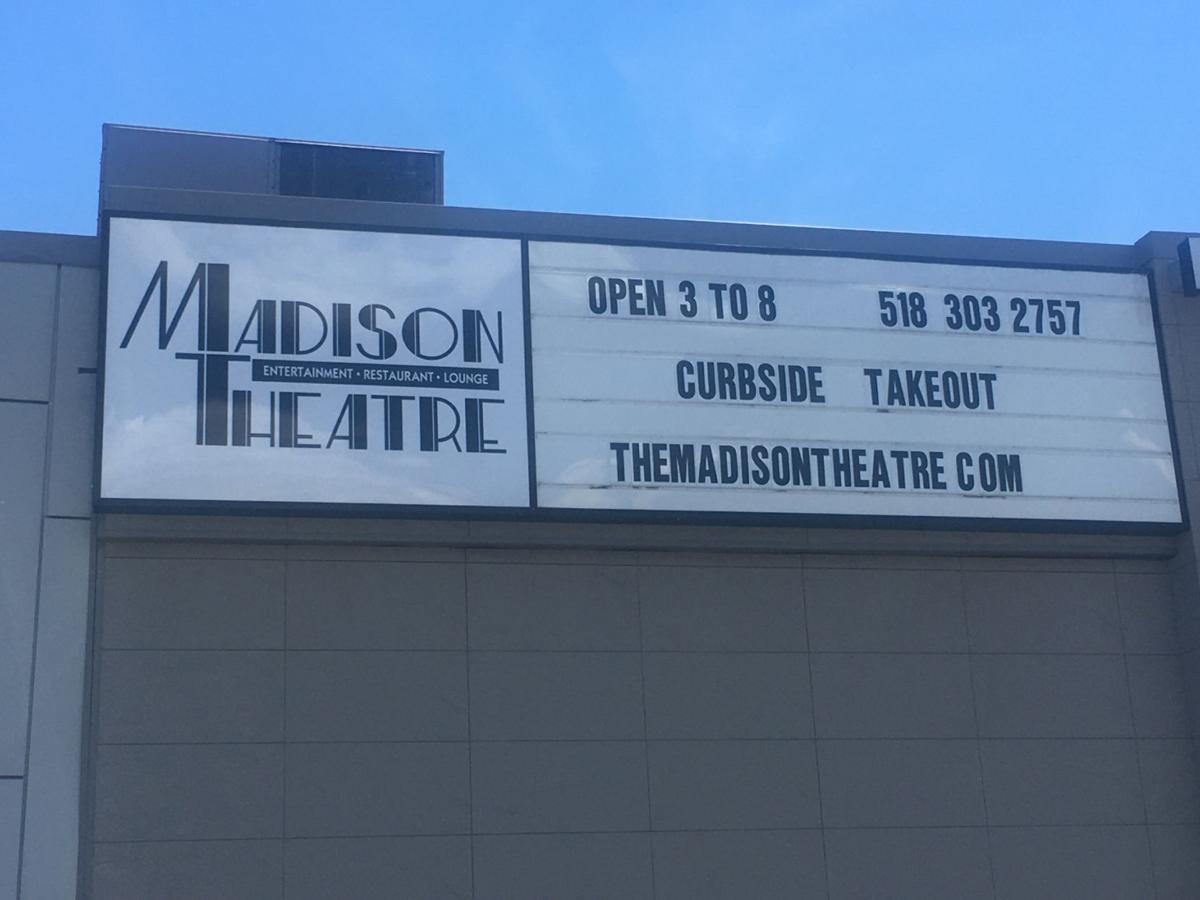 File photoMadison Theatre on Fairview Avenue in Greenport. New York movie theaters are not cleared to reopen because of coronavirus COVID-19. 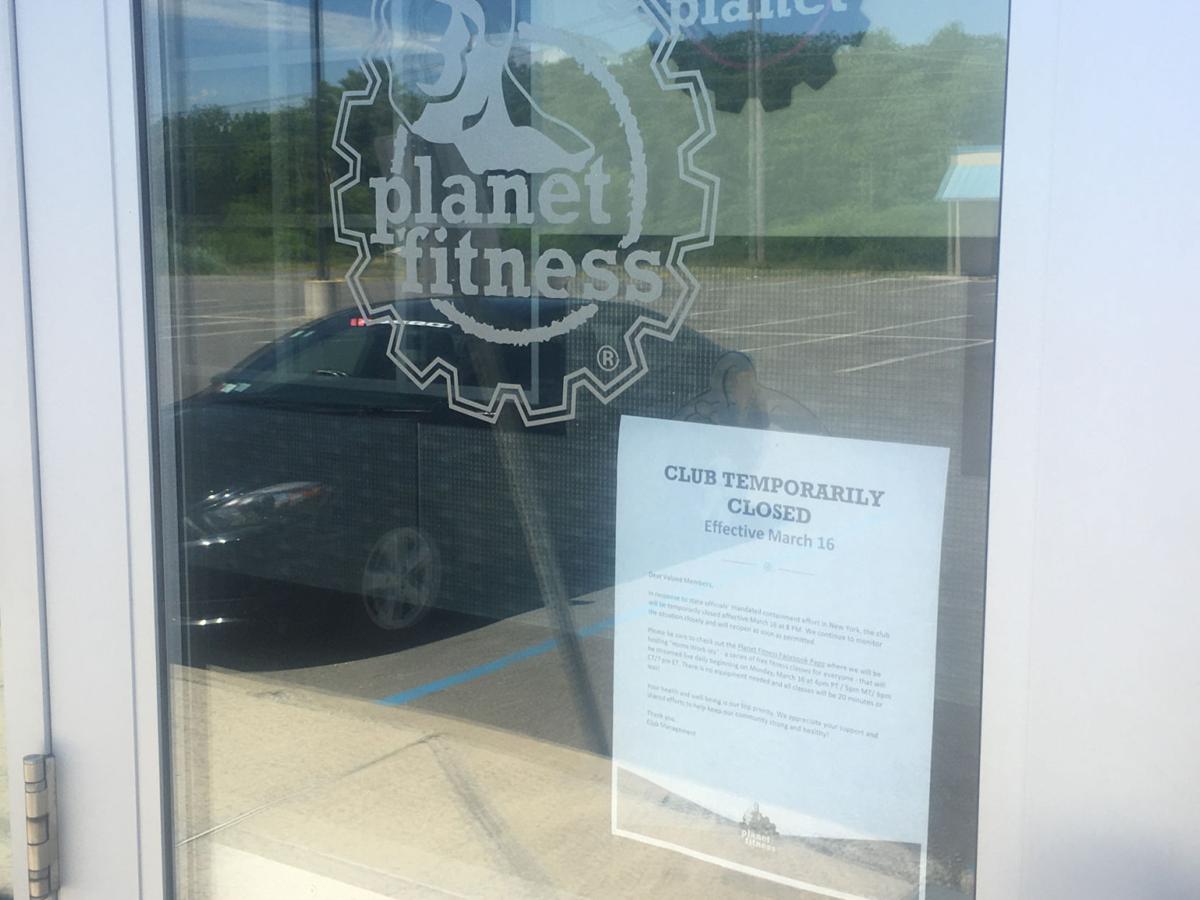 File photoPlanet Fitness on Fairview Avenue in Greenport. New York gyms and fitness centers are not cleared to reopen because of coronavirus COVID-19.

File photoMadison Theatre on Fairview Avenue in Greenport. New York movie theaters are not cleared to reopen because of coronavirus COVID-19.

File photoPlanet Fitness on Fairview Avenue in Greenport. New York gyms and fitness centers are not cleared to reopen because of coronavirus COVID-19.

The Capital District Region may be headed for phase 4 of the reopening process July 1, but don’t expect to head to the mall, movie theater or gym right away.

While five regions in New York state are slated to begin phase 4 of the economic reopening Friday following the COVID-19 outbreak, and the Capital Region could begin next Wednesday, three businesses — malls, gyms and movie theaters — are not part of phase 4 at this point, Gov. Andrew Cuomo said Wednesday.

The reopening of those businesses in other states and regions is still being studied, Cuomo said.

“There is new information that comes out on this virus every day, and anyone who thinks this is a static situation is wrong,” Cuomo said. “We are continuing to study the most recent developments. We are looking at what happened in other states. There are some reports that malls, bars, certain social clubs with air conditioning, that air conditioning might not be cleansing the air of the virus and just recirculating the virus.”

A date for when those businesses could reopen was not immediately known.

“As soon as we get some more information, we will make an informed decision,” Cuomo said.

Alex Rosenstrach, owner of ClubLife Health & Fitness in Valatie, reopened his business in May and was ticketed for it. The gym remained open Wednesday.

Rosenstrach questioned the governor’s authority to require businesses to shut down.

“It’s unconstitutional and unjust. He doesn’t have the right to do any of this,” Rosenstrach said. “He is just digging his own grave. If this isn’t political suicide, I don’t know what is.”

ClubLife staff encourages patrons to wear masks and provides them for people who don’t have one, and precautions are taken to ensure social distancing, Rosenstrach said.

“Every other piece of cardio equipment is blocked off, as well as we have a red and green tag system on our machines — if the equipment has been used, the person flips the card to red and the staff knows to come and clean and sanitize it,” Rosenstrach said.

Rosenstrach was fined by Kinderhook Town Court, but he is awaiting a court date. He said he plans to fight the citation in court.

For local businesses that are left out of the fourth — and final — phase of the reopening, guidance on how their businesses will be expected to reopen has led to more questions than answers.

“The guidelines are very confusing,” said Linda Mussmann, owner of Time & Space Ltd., 434 Columbia St., Hudson, which has two movie theaters. “I looked at them again today and there is no provision for movie theaters to be open. We have plans to do things outside, but I am not sure what is allowed.”

Mussmann said she is hoping to hold events in the parking lot as soon as that is permitted, but is uncertain what guidelines she will be expected to follow.

“We are waiting patiently to do something that is safe for everybody. That is our goal,” Mussmann said.

Jamie Hyer, owner of Sweat Exercise Studio, 609 W. Main St., Catskill, said she has not received any guidelines on reopening, but is looking for a bigger space before resuming operations.

“Currently I’m not planning on reopening until I find a bigger space,” Hyer said. “We need proper ventilation and to be six feet apart. As a therapist, I don’t think it is safe to work out in a mask, breathing in carbon dioxide. My studio is small and it would be hard to keep people six feet apart.”

In the meantime, Hyer is offering free Zumba classes through Zoom video conferencing. Participants do not need to be members to join the class.

Jeff Friedman, president and executive director of the Greene County Chamber of Commerce, said the chamber is seeking state guidance on what malls, movie theaters and gyms will have to do to be able to reopen. He is hoping the experience of other businesses that have already reopened will inform how future businesses will do so.

“We hope that the governor’s office will look at how the businesses that are presently open in the first three phases are successfully operating, and try to apply those lessons and those guidelines to similar industries that are presently unable to reopen,” Friedman said.

In the meantime, Friedman urged local residents to follow state guidelines to prevent a second wave of the virus.

“The chamber has been strongly, publicly imploring the residents of Greene County to abide by social-distancing rules and mask-wearing rules and hand-washing rules. That is the only way to control the spread of this virus and to ensure that businesses remain open and that our services can continue to operate,” Friedman said.

A second wave of COVID-19 would be worse than the first wave, Friedman said.

“If we have a second wave, even if the government doesn’t shut the state down, it will be economically devastating,” Friedman said. “That is the biggest fear I have for this county — a second infection. If you think people are afraid to eat inside restaurants now, with three positive cases in the county, what happens to those restaurants if we have 1,000 cases in Greene County?”

“The governor’s latest bungled decision to move the reopening goalposts yet again sends a terrible message and causes further economic hardship for job creators who are struggling just to keep their heads above water,” Jordan said.

The governor’s decision was driven by the danger of having large gatherings of people in one place, which could become breeding grounds for the virus, Greene County Administrator Shaun Groden said.

Groden urged residents to focus on the big picture.

“The last thing we need is a second wave,” Groden said. “We’ve already gone through the disappointment of not being able to have traditional graduations for high schoolers — a traditional rite of passage — and now we could run the risk of not returning to school in September. I hate to use the term ‘new normal,’ but I think lives will change from this. There will be nuances of change we’re just going to have to accept for the time being until there’s a vaccine or feeling of confidence that this thing is over.”

“It sounds like they’re phasing in phase 4,” Murell said. “Within phase 4, there will be different things that will be allowed to happen at different times.”

Murell added that he hopes the state will provide reopening guidelines for gyms, malls and movie theaters soon.

Professional sports are also on the list. The Yankees and Mets are scheduled to begin spring training in New York on July 1, Cuomo said.

Kate Lisa contributed to this report.