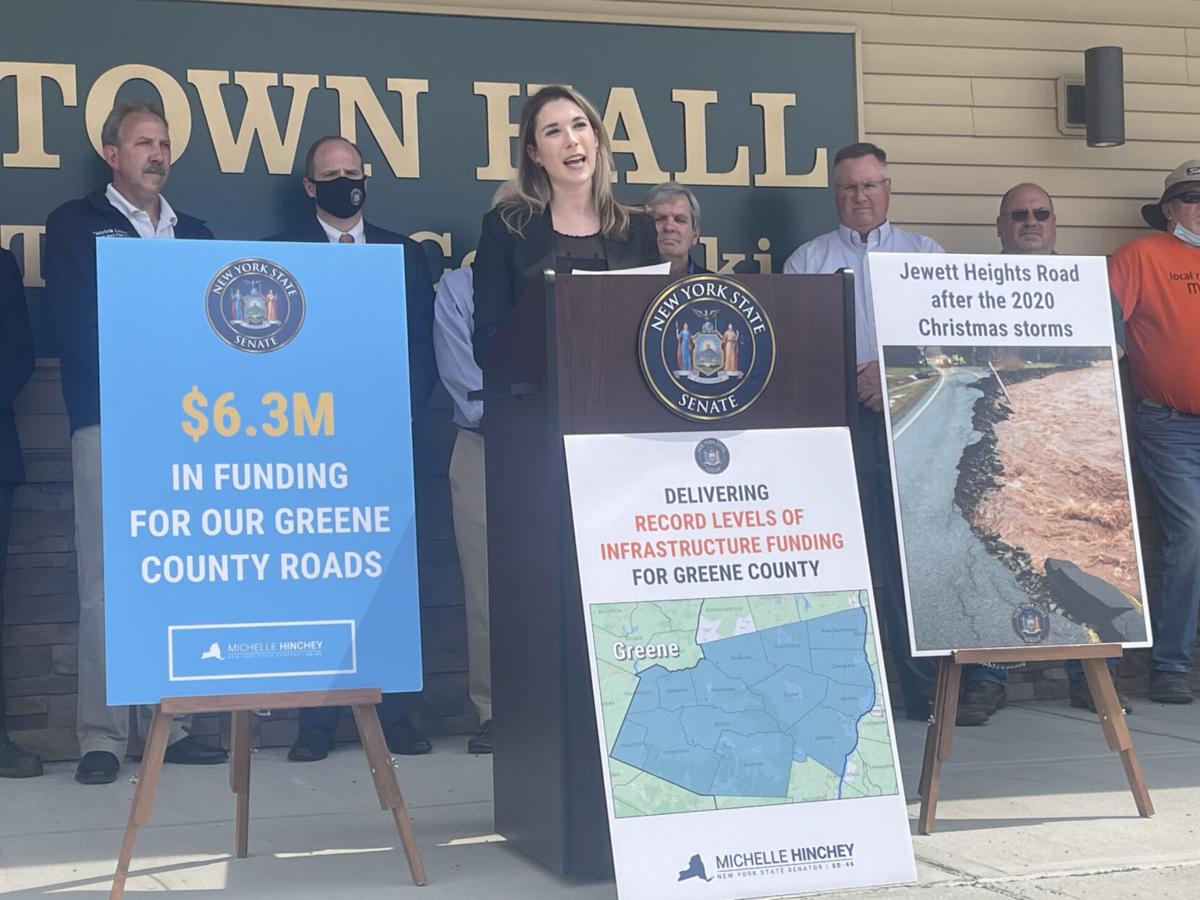 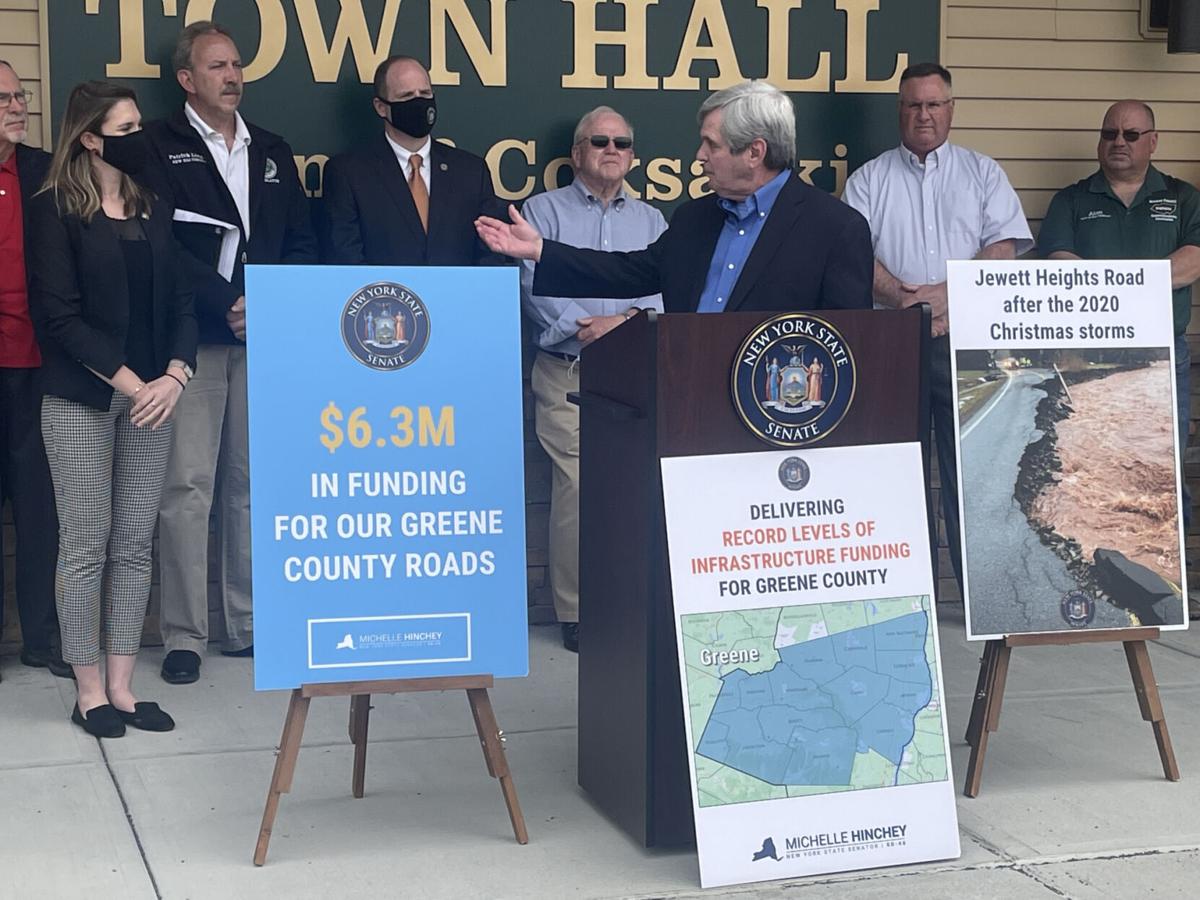 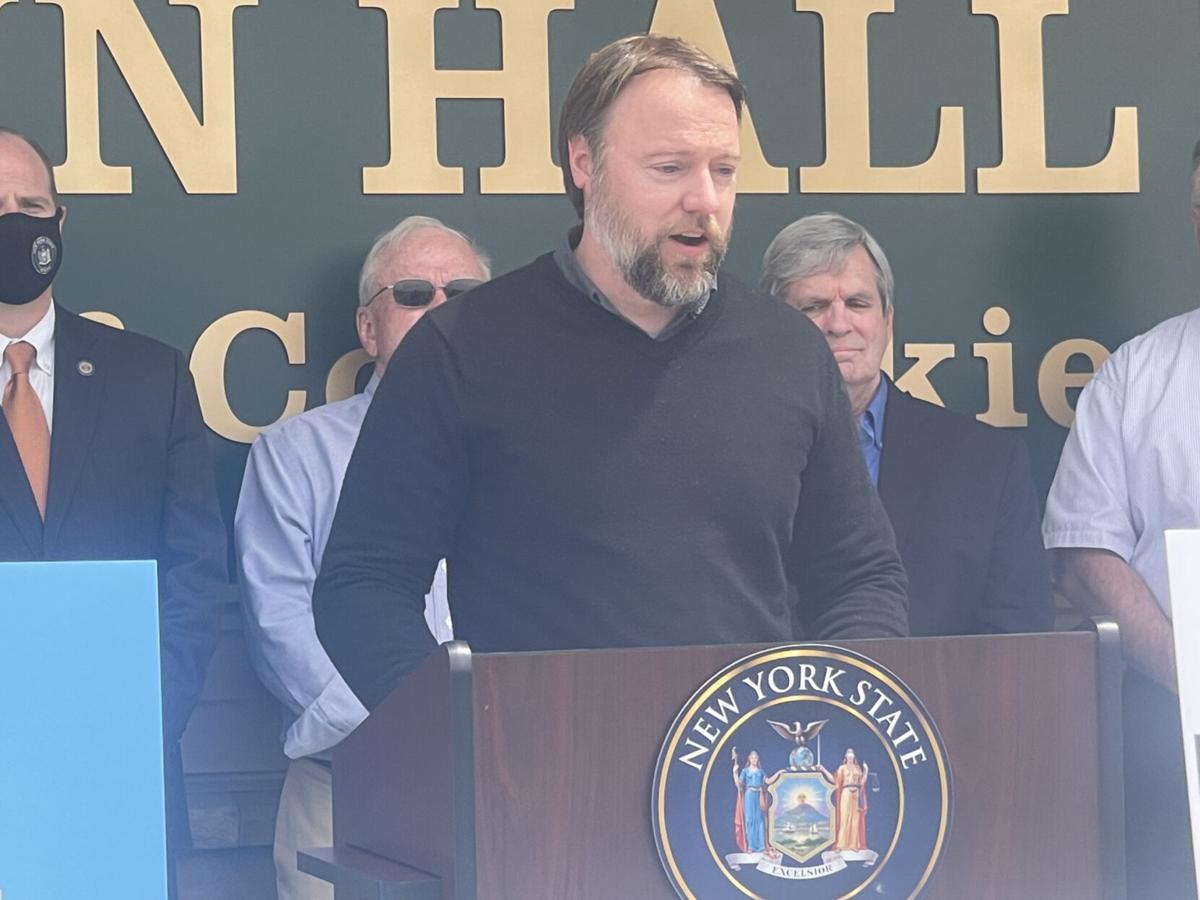 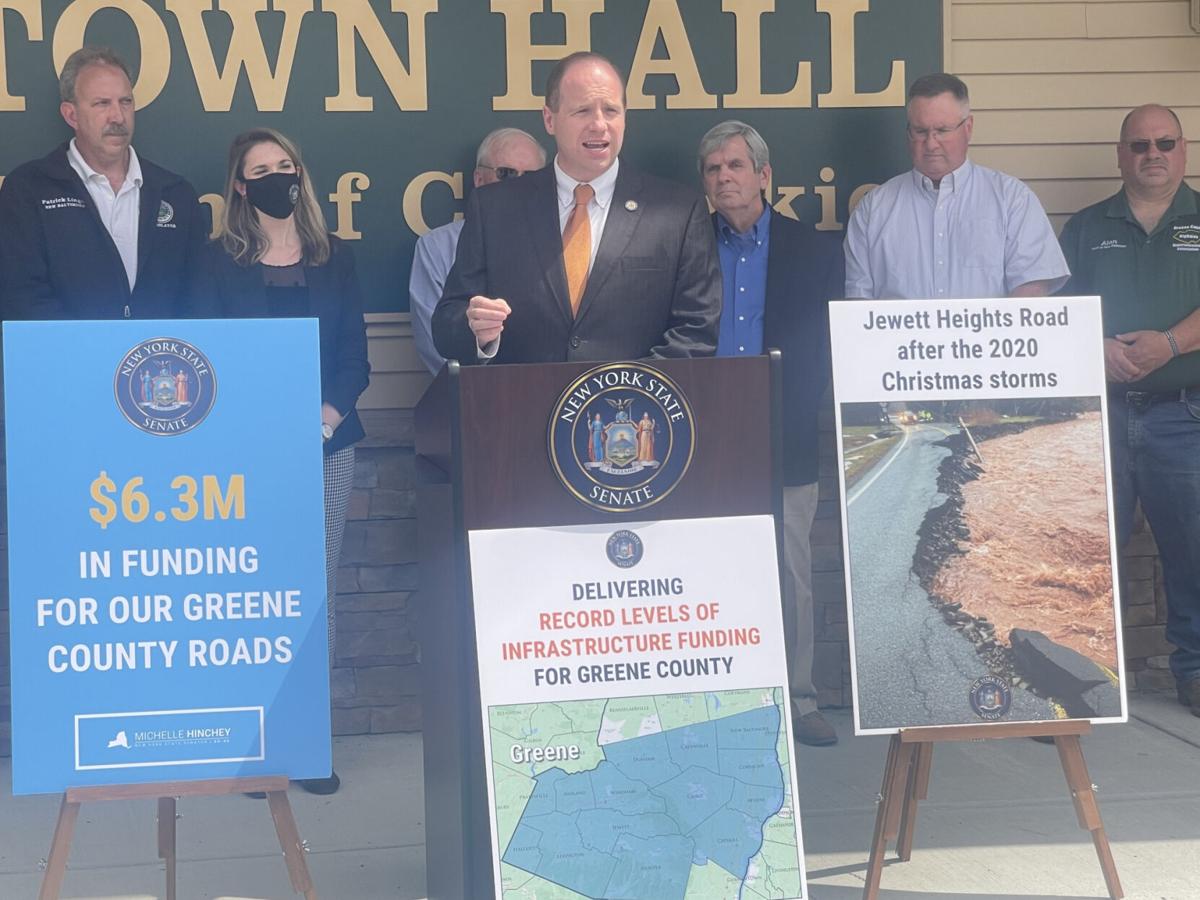 COXSACKIE — The 14 towns in Greene County will receive a combined $6.3 million in the 2021-22 state budget to maintain and repair county roads as a road in Jewett remains closed after significant flooding late last year.

When the state budget passed April 7, lawmakers on both sides of the political aisle praised record infrastructure funding levels, including $538 million in Consolidated Highway Improvement Program funding for municipalities to fix or maintain highways, bridges and highway-railroad crossings — a $100 million, or 23%, increase. The program has remained flat at $438 million since 2013.

The fight is critical, the senator said, to ensure roads are safe and accessible for first responders, families and school buses and visitors to local businesses.

“The restoration of CHIPS, Extreme Winter Recovery and PAVE-NY is not only welcome by Greene County, but it’s necessary as our economy recovers and we continue to mitigate the losses sustained over the last year,” said Greene County Legislature Chair Pat Linger, R-New Baltimore.

Greene County has 216 miles of county-owned roadways, and has a goal to recondition about 26 miles of roads each year. The county repaired a reduced 11 miles last year because of 20% state funding delays caused by the COVID-19 pandemic.

“This goal is challenging, at best, but we always do the best with what we have,” Linger said.

Hinchey, who first took office in the 46th District in January, has worked with local officials since last fall after county Route 17 in Jewett, state Route 214 near Ulster County and state Route 42 in Lexington, partially crumbled and washed away Christmas Day after significant flooding as temperatures rose and melted nearly 2 feet of snow, while an additional 5 inches of rainfall fell.

Several other county roads sustained damage in the flooding.

County Route 17 in Jewett remains impassable and closed to all traffic. Damages are estimated to cost $1.5 million and are ineligible for Federal Emergency Management Agency reimbursement.

Greene County roads have an average lifespan of 10 years.

Hundreds of highway superintendents from around the state rally at the state Capitol each spring for increased funding to the state’s three road and bridge maintenance programs.

“We’ve had shutdowns, staff restrictions and reductions, so we need to catch up on all the work we missed out on over the course of the year,” Greene County Deputy Highway Superintendent Scott Templeton said.

“This couldn’t come at a better time for us,” he said. “With the rising cost of all the products and materials we use to maintain roads and blacktop that’s going up week to week, it’s going to be very helpful for us to keep the roads up and our maintenance programs going.”

Each Greene County town will receive an increase in funding for roads, bridges and maintenance after winter weather.

The state was facing an estimated $15 billion deficit through most of last year, including a $6.7 billion revenue shortfall before the COVID-19 pandemic.

“This is by no means a one-shot deal — this is a new baseline of support for New York state government to these infrastructure programs,” Kennedy said. “What the federal government allowed us to do with their first $1.9 trillion package was to basically level the playing field and get us back to where we needed to be. What we did, we strategically made decisions at the state level to improve our infrastructure across New York state which has been in a declining mode for the better part of the last 50 years.”