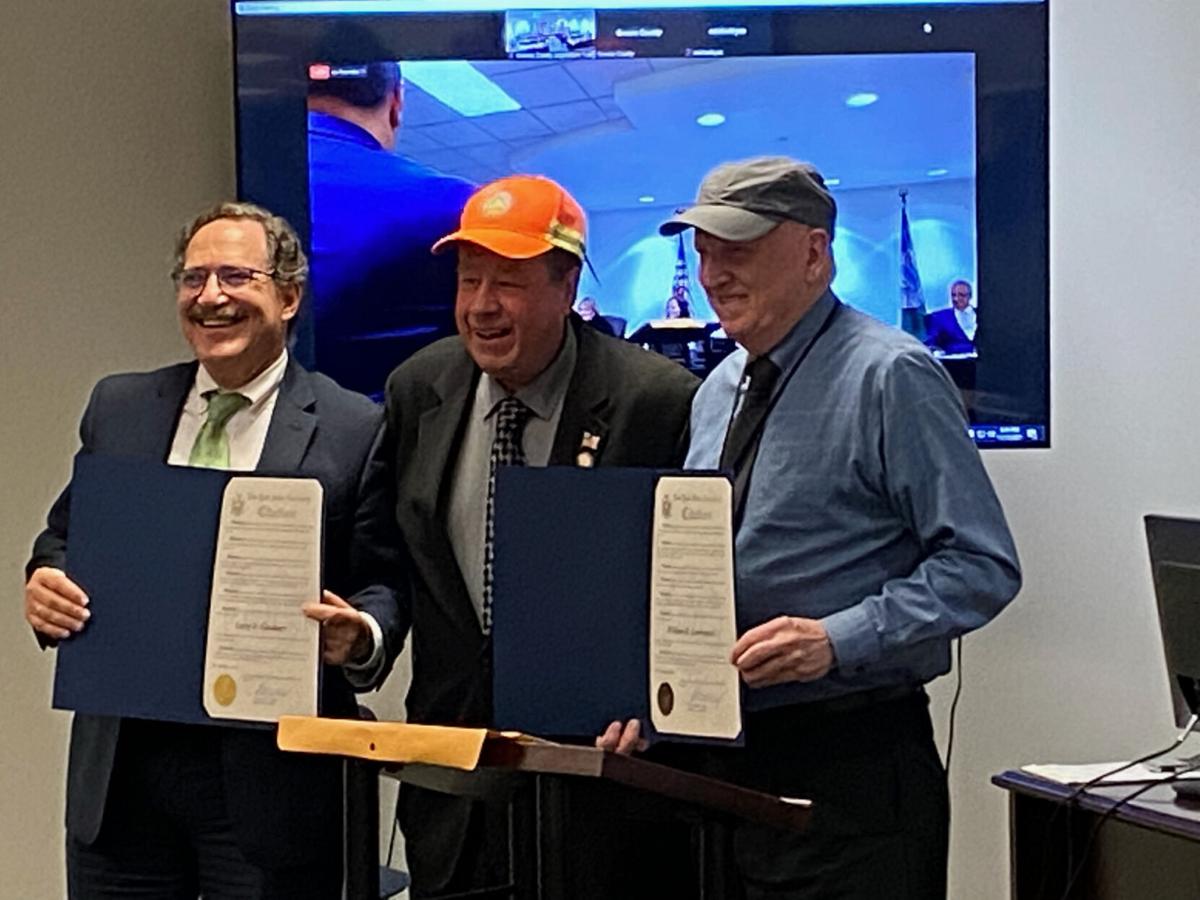 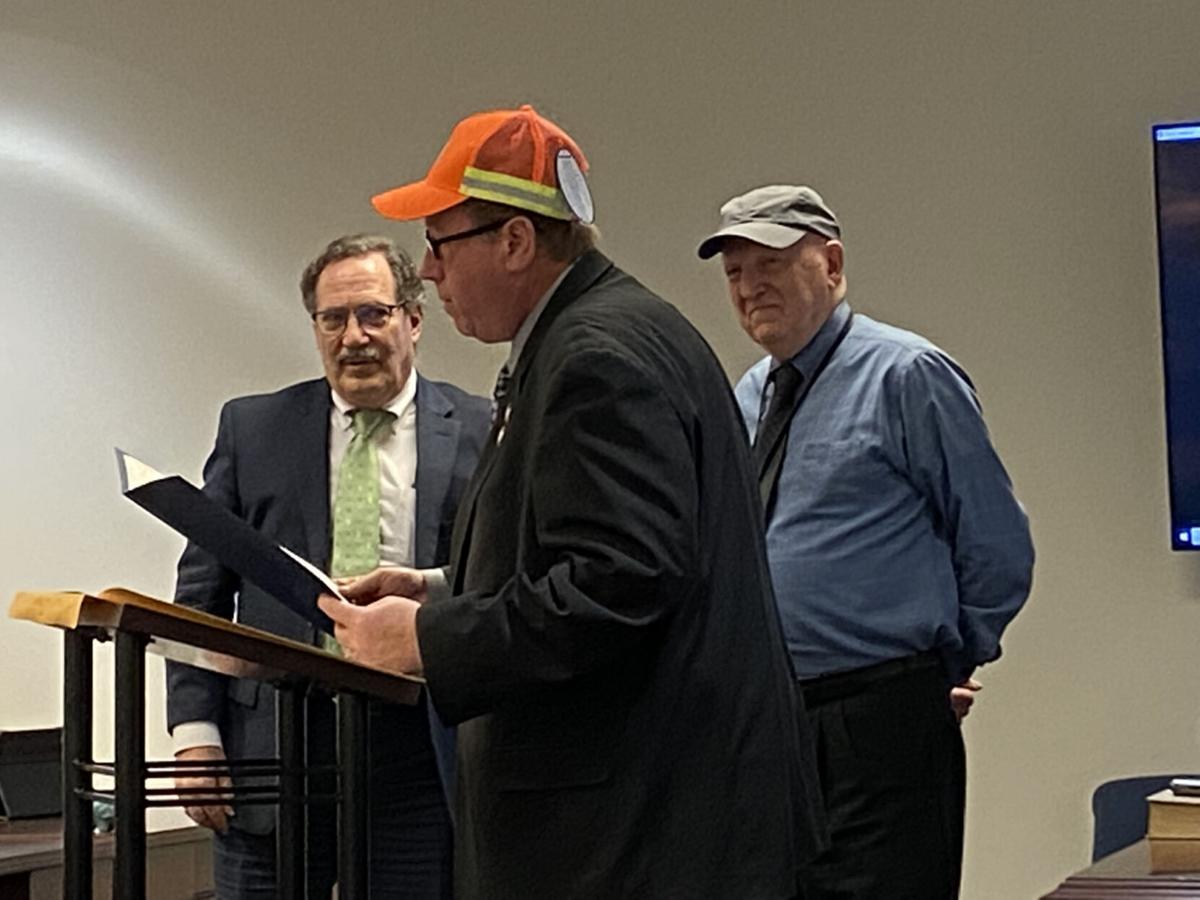 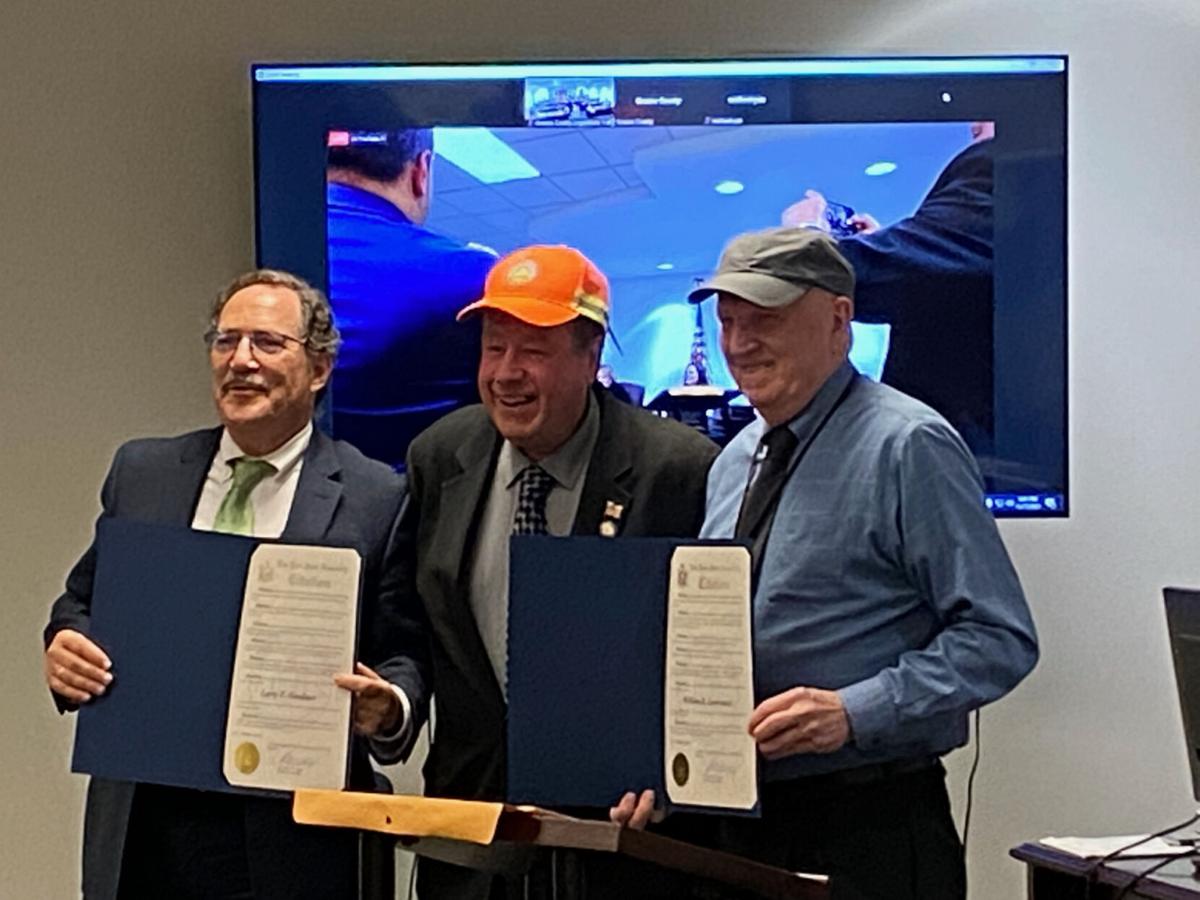 CATSKILL — The Greene County Legislature approved a $117 million budget for 2022 Wednesday at its regular monthly meeting in a unanimous vote of all 14 lawmakers.

The Legislature approved the same budget presented at its public hearing Oct. 27.

Greene County Administrator Shaun Groden, whose office crafted the budget in collaboration with the county’s department heads, said he was pleased to get the seal of approval from the Legislature.

“I’m very happy and I’m happy that it’s the third year in a row where we’ve been able to maintain a zero increase,” he said Thursday. “One of the things that was in the budget was new support for MCAT (Mobile Crisis Assessment Team), so we’re for the first time going to be signing a contract with them to provide financial assistance for their operations. With the opioid epidemic and all of this stuff going on right now, that’s going to be a big thing for us next year. Overall, I’m happy that the board embraced it and there’s no tax increase again.”

As part of the adopted budget, the county Highway Department will receive an increase of $413,921 and the county will increase funding for equipment and bridge construction by $503,819.

“I’m also happy that we’re going to be able to change out a lot of our heavy equipment,” Groden said. “We have a pretty big fleet. We plow 265 miles of road every winter and an average snow run takes about four hours. So we need to continue to change over our fleet and get away from having constant downtime because the rig is down.”

With the 2022 budget approved, Groden said he was planning for future budget seasons several years down the line.

“I usually do three years at a time,” he said. “I’m auditing 2020 while I’m executing 2021 and then formulating 2022. But when I formulate 2022, I’m also extending typically two more years, so 2023 and 2024. Sometimes those projections are not so accurate, because a lot can happen in 24 hours. But I can’t take it one year at a time, I’ve got to understand the impact over time.”

In 2018, the legislature approved a $39 million bond issue to fund the construction of a new county jail in Coxsackie over a 30-year period. Groden noted that the yearly costs of that project are fixed, barring the renewal of union contracts.

“When we discussed the jail, a lot of the critics at the time said that over time the jail would raise taxes over 25%,” he said. “I was scratching my head saying, ‘Where did you get this number from?’ Because the methodologies and the tables that I run, I’m not seeing a 25% increase. I just can’t look at 2022 and not look at the years beyond, because we don’t go out of business.”

During his presentation during the public hearing last month, Groden stressed the outsize importance of sales tax revenue to the county’s budget, as Greene is expected to collect $36,681,222 in tax revenue as part of the 2022 plan.

Groden said he was constantly monitoring trends related to sales tax revenue and how it could possibly affect the county.

“It’s up and down a little bit,” Groden noted. “November and December are usually our biggest reporting months of the year, obviously because of the holiday season. So I won’t know if this supply chain choke that’s happening nationally with all of these crates hung up for weeks on end in California will affect Christmas sales because there aren’t toys on the shelf. But for the consumer on the downside, the way gasoline is going up, unfortunately that pushes more sales tax. So it’s bad for the consumer but it would offset our supply chain reduction at the same time. Plus car sales are fairly flat because of the scarcity of microchips.”

presented Assembly citations to outgoing Greene County Legislators Larry Gardner and William Lawrence. The retiring lawmakers will be succeeded by Legislators-elect Daryl Legg and Sherry B. True in January. During his presentation, Tague wore an orange baseball cap provided by Gardner to honor Lawrence and the trademark cap he wears during Legislature meetings.

Groden's said publicly that the jail will increase taxes! You can't obligate a new $90 million expense on top of a $127 million budget without damaging the budget. It must be repeated that none of the contractors and none of the interest stays in Greene County. All of the contractors are out of county. The $16 million in interest goes to an out of county funder. Pater Markou pulled $8 million from "reserves." Demolishing 80 Bridge Street cost and wasted $6.8 million. The Sheriff's Office was destroyed to gain a fraudulent "exception" to the 2% tax cap laws. There was nothing wrong with the Sheriff's Office except that maintenance was neglected. We didn't need the old jail at all and didn't need the new one since the adjoining county jails are at 15% capacity. Sharing their cells was always legal. BTW, County Law § 216 REQUIRES a successful public referendum before moving the Sheriff's Office out of the county seat, another law abused by Groden and company. I can't get the police to wear masks and suspect most aren't vaccinated. I can't get the Public Health website to recommend vaccines or to mount an aggressive vaccination campaign. Pathetic.

$17,593,148 in state aid means the county isn't fiscally independent. There are almost no new money businesses here. There's also a decrease in per capita and population,n according to Central Hudson's OutOfAlignment. These same people caused a new $90 million debt obligation for a jail that is not justifiable – the adjoining county jails are at 15% capacity and can legally hold our detainees. Groden's slide last year shows a $53 million debt. County Treasurer Peter Markou's remarked that he lacks the $40 - $120 million for employee health and retirement. The jail was built entirely without county contractors. We even contracted out the health care at the jail. The $16 million in interest for the jail also leaves the county. Groden spent $160,000 of Red Cross Money on equipment for the jail. It's implausible the donors intended their money to be spent on a jail. Now we're squabbling about spending the $9 million COVID-19 funds, which, BTW, can't be used to pay debt. The Hunter housing initiative is sound, and we're only using $350,000 of the $9 million stimulus. How will the other $8,650,000 be spent? It's free money. This defines poor management.

Gardner and Lawrence wasted $6.8 million demolishing the historic 80 Bridge Street Sheriff’s Office. Nothing important was wrong with it. They made a new debt obligation of $90 million for an unjustifiable new jail (the adjoining county jails are available and at 15% capacity). Greene County is $53 million in debt. Central Hudson’s OutOfAlignment and the official census show a declining percapita and population. We have no rent controls and a huge affordable housing crisis. We have a record opioid crisis. The head of DSS, Kira Pospesrl, lacks a Masters in Social Work. The head of Public Health, Kimberly Kaplan, lacks a Masters in Public Health. The Public Health website doesn’t even recommend vaccinations, really, read it! Our vaccination rate is 51%, which fails the needed ratio for herd immunity. Pathetic!