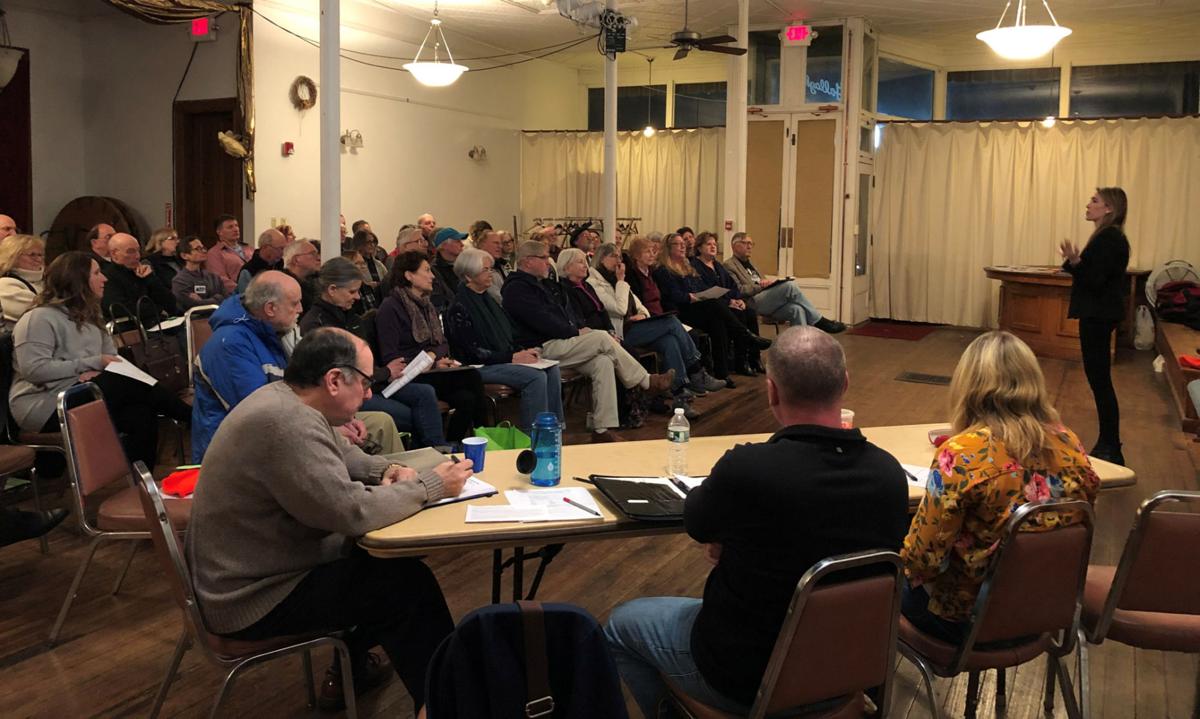 Contributed photoCandidate Michelle Hinchey addresses the Greene County Democratic Committee, which voted to endorse her in the race for the 46th state Senate District seat. 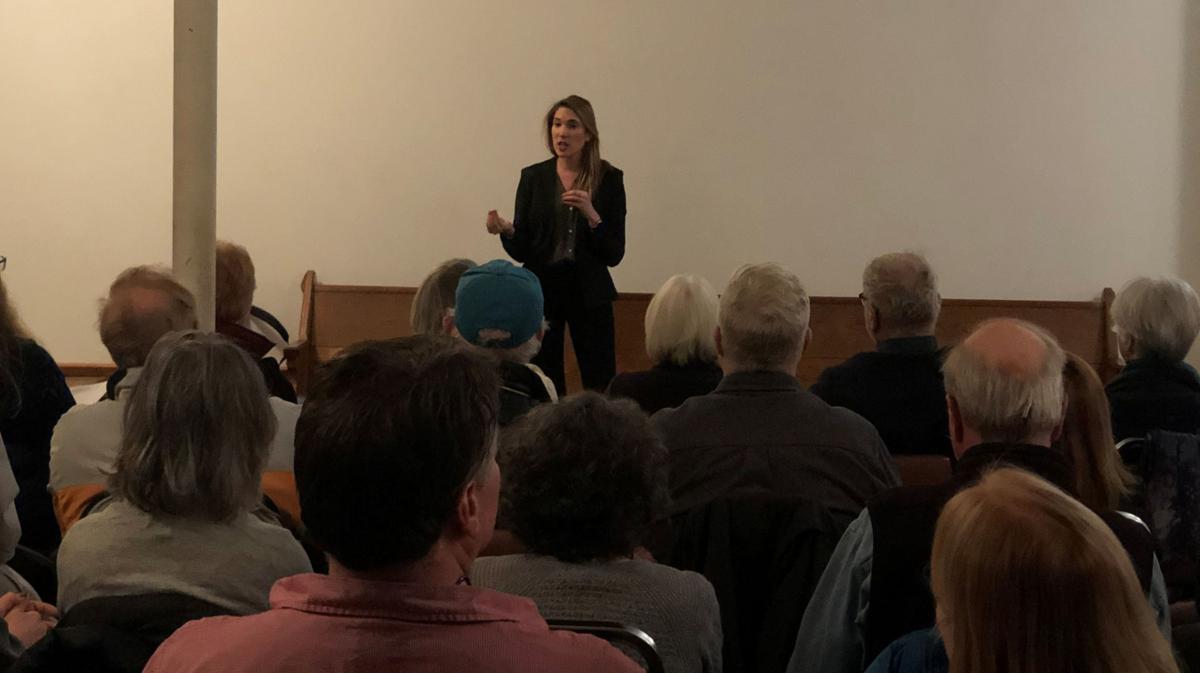 Contributed photoCandidate Michelle Hinchey addresses the Greene County Democratic Committee, which voted to endorse her in the race for the 46th state Senate District seat.

Hinchey is facing off against New Baltimore child advocate and attorney Gary Greenberg for the Democratic nomination. The primary will be held in June.

County Democrats held a State Senate Candidates Forum at Gallagher’s Banquet Hall in Cairo on Thursday. Hinchey and Greenberg were invited to participate. Hinchey attended; Greenberg did not.

More than 75 committee and community members turned out for the forum.

“We want to support Democratic candidates and it was pretty unanimous across the committee that Michelle was the candidate that we were the most excited about,” said Carolyn Riggs, chairwoman of the Greene County Democratic Committee. “She has already put in a lot of work since she announced last July and she has been in Greene County often, talking to committee members, community members and business owners, to get a greater understanding of the issues that are important to Greene County, and she has taken a proactive approach to addressing those issues moving forward. It is for those reasons that we decided to endorse her.”

Amedore announced late last year that he would not seek another term and is stepping down. Amedore has represented the 46th Senate District since 2007.

Hinchey said she appreciated the support.

“I’m honored to have the support of the Greene County Democratic Committee in my bid for the 46th State Senate seat,” Hinchey said. “I’ve spent the last six months traveling the district and learning the issues that are most important to Greene County, including meeting with family farmers, community leaders and small-business owners. I thank the Greene County Democrats for their support and I’m looking forward to working with them to flip this seat.”

Greenberg said he is staying in the race and that he was not deterred by the committee’s decision to endorse his opponent. He also explained his decision not to attend the forum.

“Voters decide elections, not the party bosses and insiders,” Greenberg said. “After being notified that the decision to endorse my opponent was made before the election to endorse, I decided I would continue to go directly to the voters and I attended the Greene County Chamber of Commerce to meet with local business leaders rather than a rigged political meeting.”

So far, no Republican candidates have announced plans to seek the seat. The candidate filing deadline is April 2, according to ballotpedia.org.

“No one has officially announced, so we will defer to any potential candidates to [make an announcement] at the time of their choosing,” Bogardus said. “We are having conversations with people in the district and about their future, and I anticipate there will be an announcement in the near future. Right now they are doing the preliminary work. We were all a little surprised by state Sen. Amedore’s announcement, so everyone was not prepared for this. We are on a fast track to get this all together.”

Bogardus said he anticipates a Republican candidate will be selected by mid- to late February.

“We realize how critically important it is for this seat to remain in Republican hands as we look at the chaos and disaster that Democratic control in Albany has wrought, especially with bail reform, or rather the bail debacle that Democrats implemented,” Bogardus said. “We are more interested in protecting our citizens, and not criminals.”

The 46th District stretches from Ulster County up through all of Greene and Montgomery counties, and parts of Albany and Schenectady counties.

Michelle Hinchey is the daughter of the late U.S. Rep. Maurice Hinchey. She lives in Saugerties.

Greenberg, who lives in New Baltimore, spearheaded the movement to pass the Child Victims Act in New York state, which gave child sexual abuse survivors a vehicle to file civil suits against their abusers.

During Thursday’s forum, Hinchey offered the audience a brief introduction and then answered questions, followed by the committee’s vote.

The primary will be held Tuesday, June 23. Election Day is Tuesday, Nov. 3.