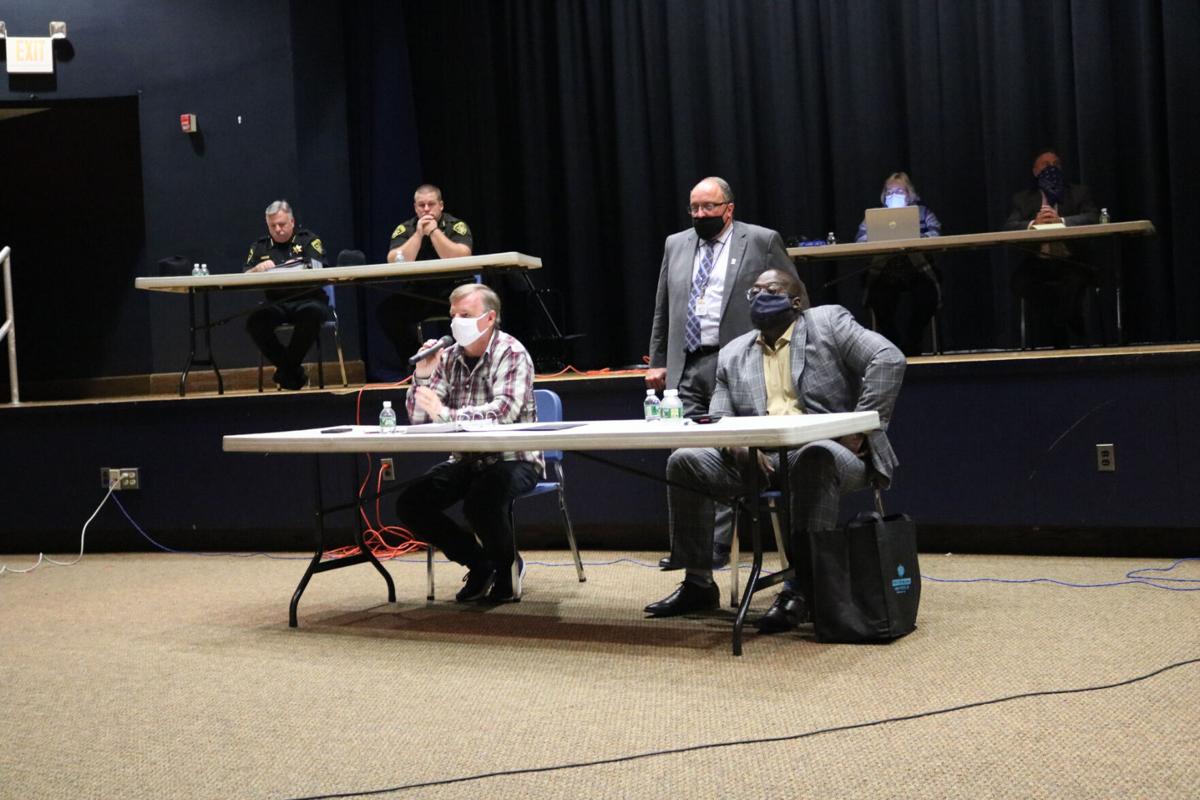 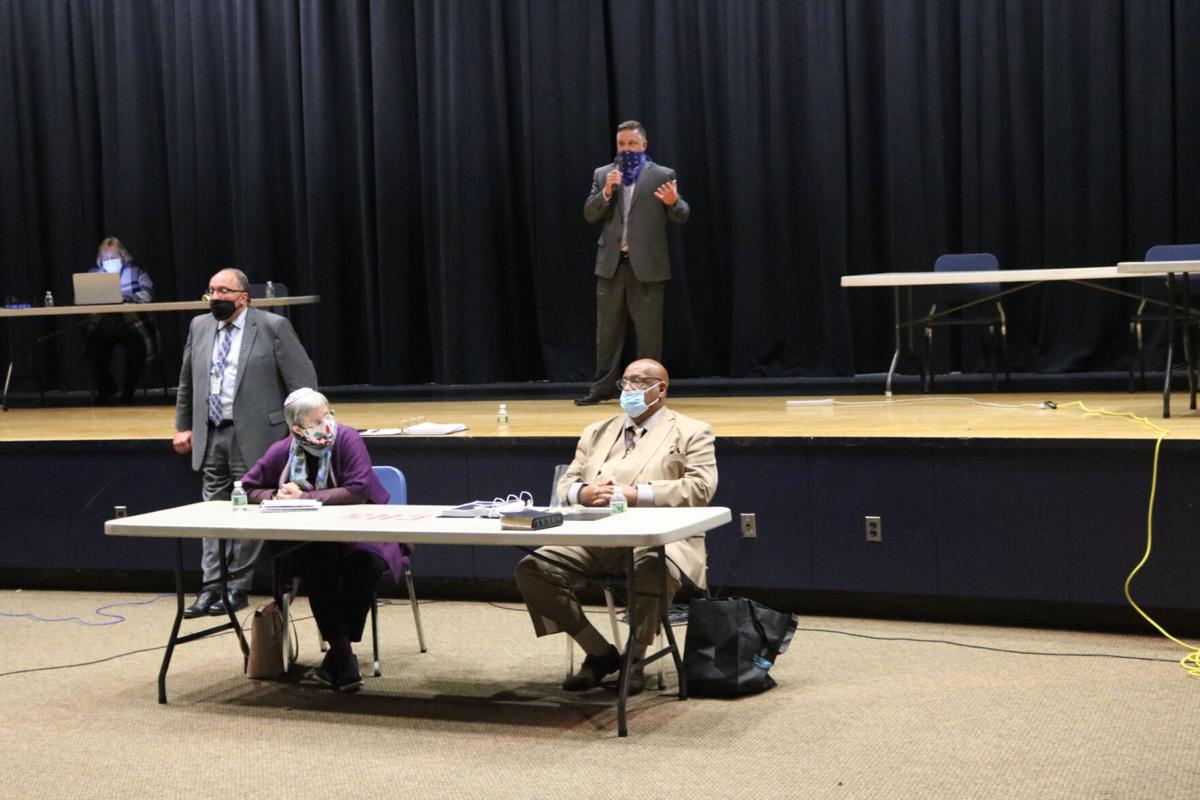 CATSKILL — Residents voiced their concerns and suggestions about policing to the Greene County Police Reform and Reinvention Collaborative on Wednesday.

The group was formed in August in response to a state executive order in June requiring all government entities with a police agency to conduct a review of police policies and procedures and develop a plan to improve them in a way that will address the needs of the community.

The group will focus on matters pertaining to the Greene County Sheriff’s Office. The seven other municipalities with a police force in the county are required to develop their own reform plan. State police, which Greene County Administrator Shaun Groden estimates handles 40% of the county’s calls, are exempt from the process.

Local attorney Monica Kenny-Keff said it was a shame the review only applies to the sheriff’s office.

“The fact that we’re here about just the sheriff’s office is a shame,” she said. “I’ve never had any issues with a sheriff’s deputy.”

Kenny-Keff, who works in family court, said her clients are appreciative of deputies.

“I can’t tell you how many of those clients have told me they thought a deputy sheriff saved their life or they only feel safe when the deputy is there,” she said.

Issues of prejudice, racism and excessive use of force do exist in the county but she has received no complaints of that nature relative to the sheriff’s office, Kenny-Keff said.

Carol Morgan, a criminal defense attorney, said she has had no issues with the department in her 20 years of experience.

“I could never do what these police officers do,” she said. “The thought of defunding the police is not something anyone could or should support. They’re here for us.”

“Is there any chance at all that another death like George Floyd could happen, would happen in Catskill?” Rivers said.

Rivers recommended the collaborative consider if there are any bad apples in the department and how the department will look for problem people and control them.

Officers are subjected to rigorous screening before being appointed, including their criminal history, mental health and more, Undersheriff Adam Brainard said.

“Is there potential to slip through that process, people who have a temper or might react negatively to a situation? Absolutely,” he said.

The governor’s executive order is actually encouraging agencies to eliminate some of the hiring standards, Brainard said.

“Consider eliminating selection criteria and written or physical tests that do not relate directly to actual job duties and which often disproportionately eliminate underrepresented individuals from the process,” according to the order.

Rivers commented on the lack of diversity in the department.

“There’s only one member that’s not white and I think that’s a pity,” he said.

Tannersville resident Stephen Nash-Webber questioned how an event like Daniel Prude’s death in Rochester would be prevented.

“I hope there’s no chance of that happening but can I be 100% positive? I don’t know,” Greene County Sheriff Pete Kusminsky said.

Deputies are more likely to talk their way out of a situation than use force, he said.

“That’s not the type of policing we do,” he said.

The department has not had an excessive force complaint in seven years, collaborative member and Greene County Chamber of Commerce President Jeff Friedman said.

“In my opinion, you have a really easy job — not much needs to be changed,” she said.

The state Division of Criminal Justice Services collects demographic data for arrests that require fingerprinting. In 2019, Greene County law-enforcement agencies arrested 847 males and 354 females, according to the division. The gender for two of the arrests was not reported.

Law-enforcement agencies in Greene County arrested 944 white defendants, 146 Blacks, 87 Hispanics and 6 Asians in 2019, according to the Division of Criminal Justice Services. For 20 arrests the race was unknown.

The age group with the greatest number of arrests in Greene County for 2019 was 25-29, with 209 arrests, according to DCJS.

Being in law enforcement has huge risks, Kenny-Keff said.

“They go out and risk their lives for people when they don’t know who they are and they don’t care,” she said. “They don’t care if you’re Democrat, Republican, white, Black.”

The sheriff’s office is one of three agencies in the county that provides round-the-clock coverage, including state police and Catskill Police Department. The agency has to cover 650 square miles with four patrol cars, Kusminsky said.

Deputies do not have body cameras, but that will be part of the budget discussions for next year, Groden said. The department has also started the accreditation process, Kusminsky said. Criminality has many underlying factors such as poverty or substance abuse, Groden said.

“How does this collaborative address poverty?” he said. “Deputies do not solve those issues.” Deaths such as George Floyd’s and Daniel Prude’s happened in more urban areas, Groden said.

“That’s not to say the underlying issues don’t transpire to rural America,” he said. “We have our poverty, we have our racism.”

In terms of shifting responsibilities to other agencies, Groden said he found some of the recommendations in the executive order, such as requiring dispatchers to determine whether law enforcement is needed, to be astounding.

“A dispatcher is not a clinician,” he said. “One of the things that astounded me was that dispatch would have to make a life or death decision and potentially send a social worker to a domestic dispute.”

The Greene County Sheriff’s Office offers several programs to the community, such as its call-in program for seniors and disabled persons, the Impacted Citizen’s Program for drug overdoses, school resource officers in four districts, Project Lifesaver for residents with Alzheimer’s disease and is working on establishing a Law Enforcement Assisted Diversion program, Kusminsky said.

The committee’s next meeting is Oct. 28 at 6 p.m., most likely at the Greene County 911 Center in Cairo, Groden said.

A draft of the committee’s reform plan is tentatively scheduled to be completed in January. The reform plan must be ratified by the county Legislature by April 1, 2021, with certification sent to the state Division of the Budget or the county will risk losing funding, Groden said.

“The state ceases to send the county any money, any state aid,” Groden said.