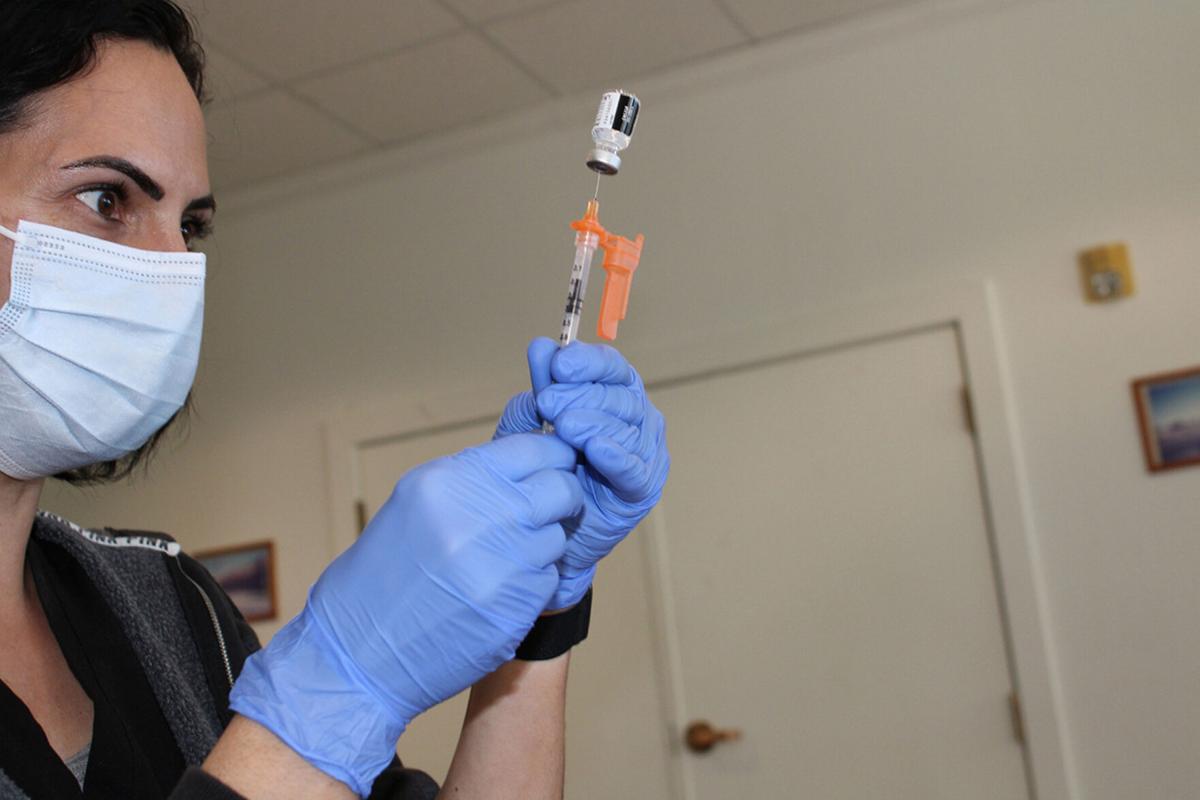 The county is waiting on CDC and state approval to begin administering booster shots of the Moderna and Johnson & Johnson vaccines to eligible residents. Courtesy of Rachel Bluth/KHN/TNS 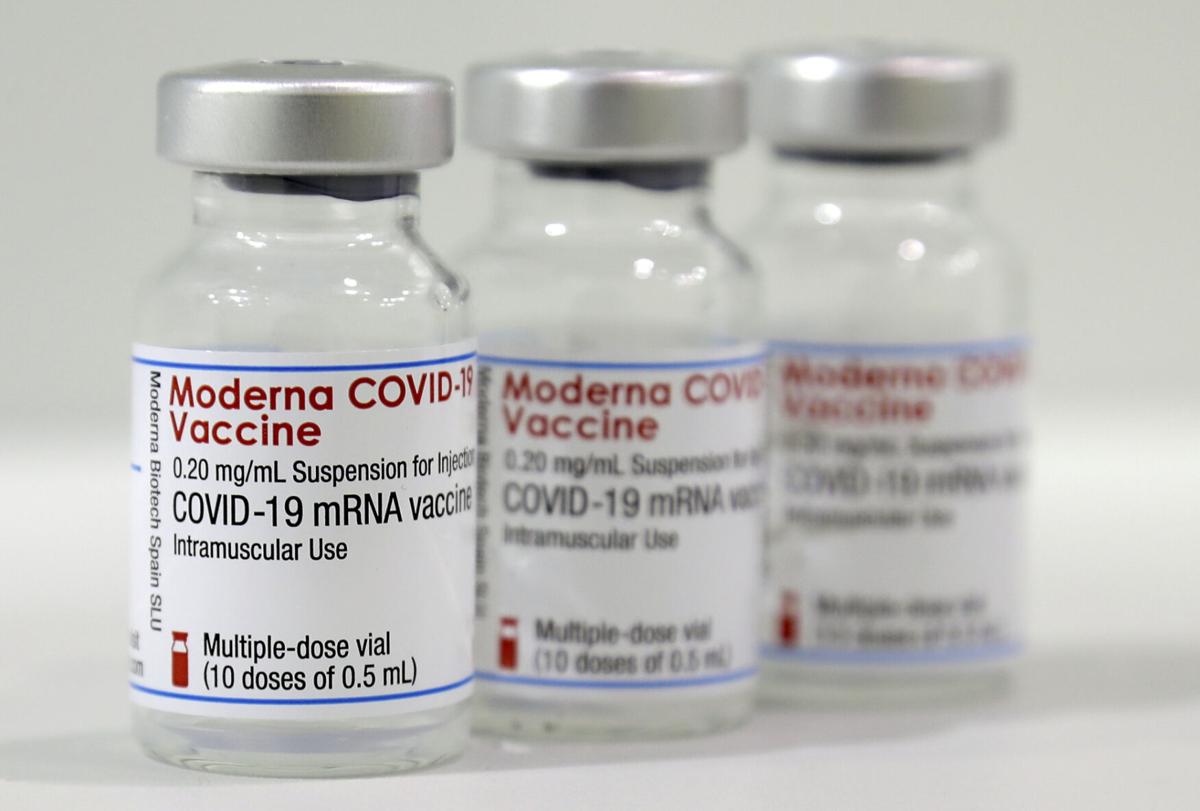 Three vials of the Moderna COVID-19 vaccine are pictured in 2021.

The county is waiting on CDC and state approval to begin administering booster shots of the Moderna and Johnson & Johnson vaccines to eligible residents. Courtesy of Rachel Bluth/KHN/TNS

Three vials of the Moderna COVID-19 vaccine are pictured in 2021.

Greene County officials are looking to put plans in place to make COVID-19 booster shots available for some recipients of the Moderna and Johnson & Johnson vaccines.

The move comes following authorization for booster shots from the U.S. Food and Drug Administration on Wednesday, but approval from the U.S. Centers for Disease Control and Prevention and the New York State Department of Health are also required before the county can take action, Greene County Administrator Shaun Groden said Thursday.

The county is determining the inventory of inoculations that are expected to be provided by the state, Groden said. The first step will be to register home-bound patients first, then other individuals over age 65 who are susceptible to the virus due to a medical condition.

The county will then look to evaluate locations for PODs, or points of distribution, where the vaccinations can be administered, Groden said.

Booster shots were authorized by the FDA for individuals ages 65 and older, and people of any age who are immunocompromised, who had received the Moderna or Johnson & Johnson inoculations. To be eligible for the booster, the individual must have completed the Moderna vaccination series at least six months ago, or the Johnson & Johnson single-dose inoculation at least two months ago.

The authorization also includes individuals ages 18-64 with frequent institutional or occupational exposure to the virus, according to the FDA.

Individuals in those categories who received the Pfizer vaccination were authorized by the FDA to receive booster shots as of Sept. 22.

The FDA on Wednesday also authorized “mix-and-match,” enabling individuals who received one brand of the vaccine, such as Moderna, to receive a booster shot of a different brand, such as Pfizer or Johnson & Johnson.

“As the pandemic continues to impact the country, science has shown that vaccination continues to be the safest and most effective way to prevent COVID-19, including the most serious consequences of the disease, such as hospitalization and death,” Acting FDA Commissioner Janet Woodcock, M.D., said in a statement Wednesday. “The available data suggest waning immunity in some populations who are fully vaccinated. The availability of these authorized boosters is important for continued protection against COVID-19 disease.”

While an extremely large swath of Americans are eligible or will imminently become eligible for booster shots, physicians say not everyone needs to rush to get one.

While federal regulators have been nearly unanimous in the usefulness of boosters for people age 65 and older and those with underlying health conditions, they have been divided about the need for younger, healthy people to seek them. Experts say young people who have received two vaccine doses are largely protected from COVID-19 and would receive only marginal benefit from an additional dose.

“It’s not as clear as things were for the first vaccination, when it was clear you could be really healthy but if you got COVID there was a significant risk of hospitalization and death,” said Dr. Ohm Deshpande, vice president of population health for Yale New Haven Health. “Whereas with the boosters, for some patients it’s a no-brainer but for others it isn’t. Will it protect you a little bit more? Yes. But given who you are, based on your makeup, based on your health, it may not make a huge difference for you.”

Columbia County Department of Health Director Jack Mabb said he does not expect a large number of local residents to rush in for a vaccine.

“One of the things that most folks in public health see with this is that we won’t get the huge numbers of people as we did in the beginning because we are hearing from people, especially younger people, that they feel they are sufficiently protected with their first and second shots,” Mabb said. “There is a lot of confusion among people about the boosters and I think there is a segment of the population that is waiting to see how people fare with the boosters.”

The county failed its response to COVID-19. One reason is the lack of necessary credentials by its Director of Public Health. The other is her too close relationship with the County Attorney Ed Kaplan. Kimberly Kaplan lacks the required Masters of Public Health. This and her marriage to Ed Kaplan compromises the required science independence. It is why we have a very low vaccination rate (lowest of the eight adjoining counties). It's why we aren't anywhere near herd immunity in Greene County. The website doesn't even recommend vaccinations as a best way, it recommends avoiding people with COVID-19. But, the county failed to offer tests, fearing the bad news. This is pathetic, but too typical. Their priority is to build a large unjustified jail (a new $90 million debt obligation). This misdirection seems intransigent. This is a county with a declining per-capita and population. Even the medical services at the new jail are contracted out of county (to Pennsylvania). None of the contractoring companies that built the jail are Greene County companies. The interest on the loan leaves the county. How more incompetent can this administration possibly be. As far as COVID-19, it's a cruel showing of callous indifference. Pathetic.