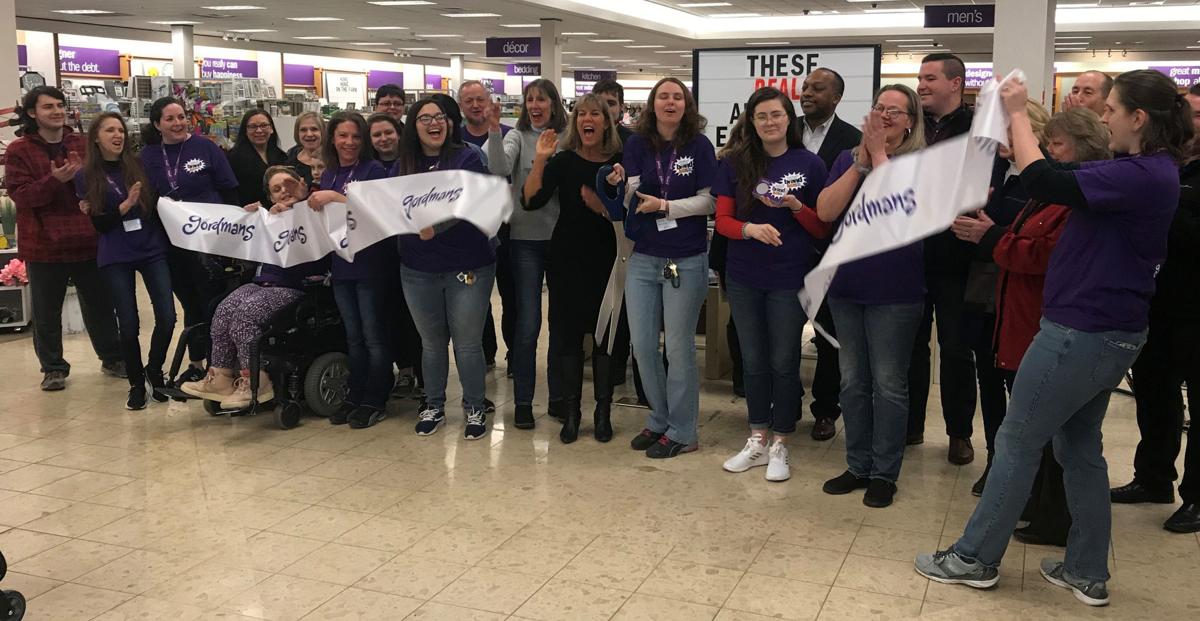 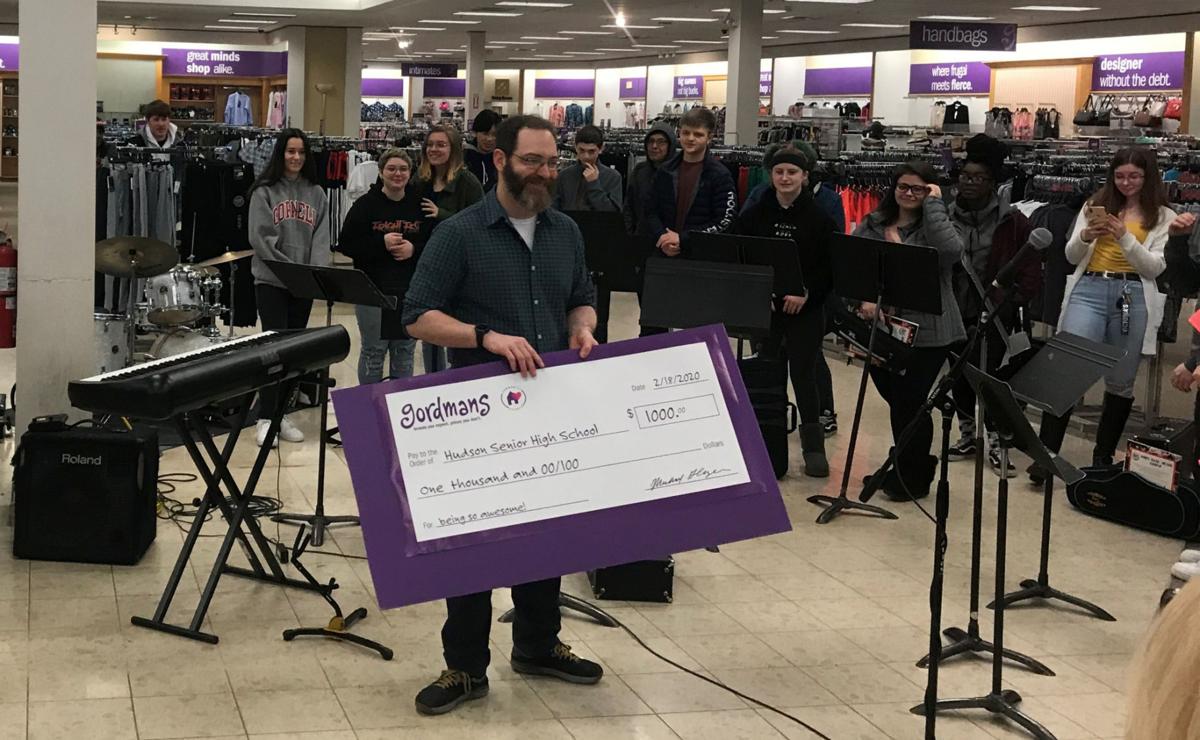 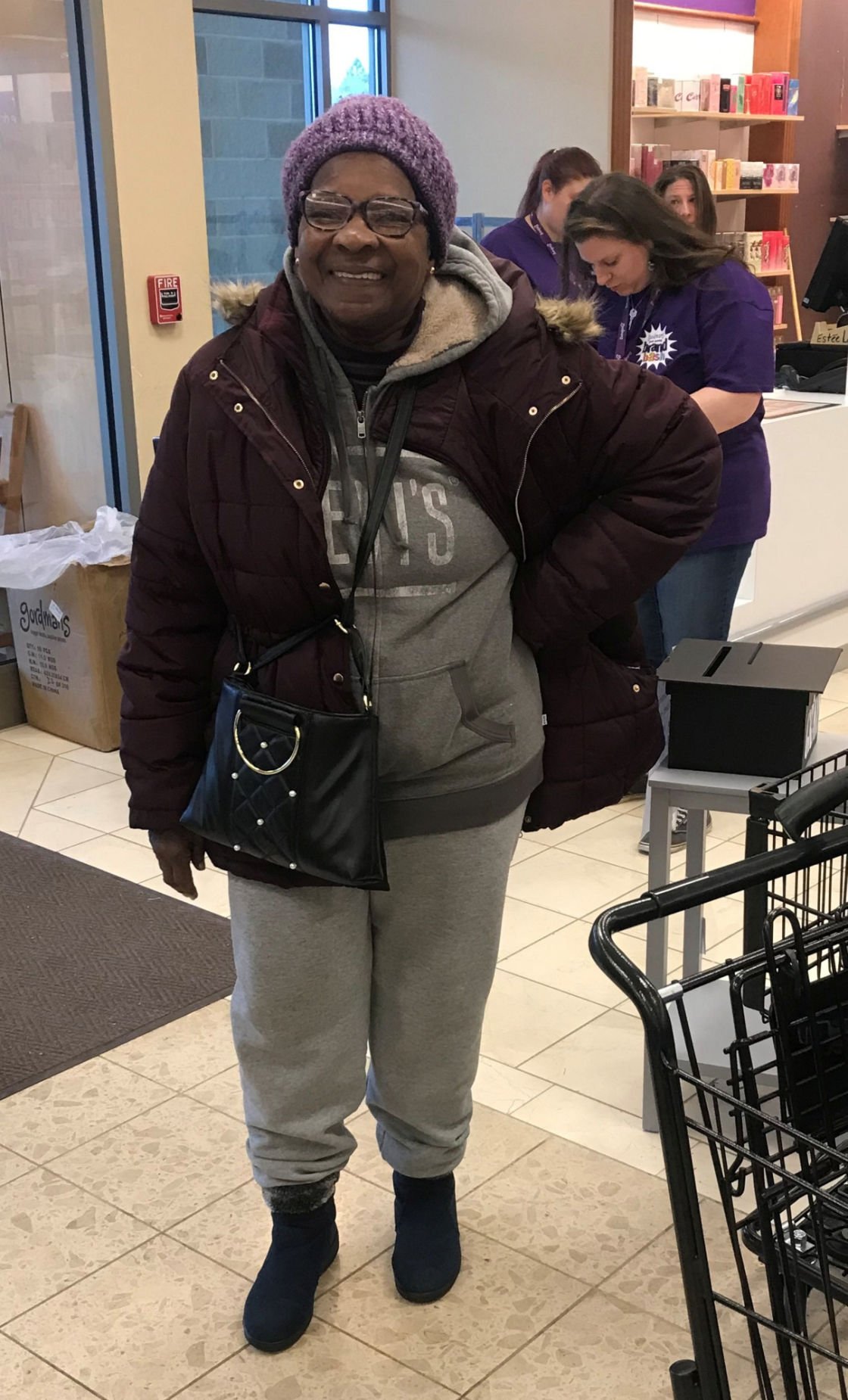 Abby Hoover\Columbia-Greene MediaKatherine Ryan of Hudson was the first customer following the grand opening of Gordmans in Greenport.

Abby Hoover\Columbia-Greene MediaKatherine Ryan of Hudson was the first customer following the grand opening of Gordmans in Greenport.

The Houston-based parent company of both stores, Stage Stores Inc., announced Sept. 17, 2019, that it would convert most of its stores to off-price, a method of retailing in which brand-name goods are sold for less than the usual retail price.

“I want to thank Gordmans for expanding your business in the town of Greenport,” Town Supervisor Kathy Eldridge told company representatives during the opening ceremony. “We thought for sure as the rumors flew of Peebles closing that we would have another empty retail space.”

The combined local and state sales tax rate is 8%.

“It is clear that Gordmans knows that despite the vast online digital retail world, people still enjoy the inspiration, the convenience and the instant gratification brought on by in-store shopping,” Eldridge said.

Gordmans donated $1,000 to Hudson Senior High School. Principal Robert LaCasse designated the funds for the school band, which performed at the ribbon-cutting ceremony.

“It was donated to the high school in general and our principal said he wants to give it to us since we were here doing this, which is very much appreciated,” Vorwald said.

Some of the money will go toward the band’s annual trip to the theme park Six Flags, Vorwald added, but more needs will be met.

“The [band] program’s been booming over the last few years, and as it grows we need more instruments,” Vorwald said. “There’s always a need for more supplies.”

State Sen. Daphne Jordan, R-43, attended the ribbon-cutting and said the opening of the new store means it is “out with the old and in with the new.” Gordmans is an exciting addition to the community, Jordan said, adding that each Gordmans store employs between 20 and 30 people.

“It is important because it adds to our tax base, and the more sales tax a business creates, the less property owners have to pay in their local taxes, and, of course, a lot of that goes to the state, too,” Jordan said. “We like sales tax, we like the jobs, and we like the goods and services you supply for everybody.”

Jordan presented Gordmans store manager Nicole Moore, who worked at Peebles, with a Senate Certificate of Recognition and thanked the band members for their talents.

“For them to give $1,000 to Hudson Senior High School means they have a vested interest in our community,” Jordan said.

Each of the first 100 customers received a scratch-off card with either $50 or $5 to use in the store, and those who opened a store credit card received 20% off. Gordmans will accept Peebles cards and points.

The company began converting its stores in February, and by the third quarter of 2020 expects to be operating around 700 small-market Gordmans off-price stores. Stage Stores Inc. plans to close approximately 40 stores this year. As of September, the company operated in 42 states in 625 department stores and 158 Gordmans stores.

“We are excited about our future as we fully transition to an off-price business model,” CEO Michael Glazer said in a statement. Peebles opened on Fairview Avenue on Oct. 14, 2004. Since 2018, the company has converted 98 stores, including 17 in small markets, Glazer said.