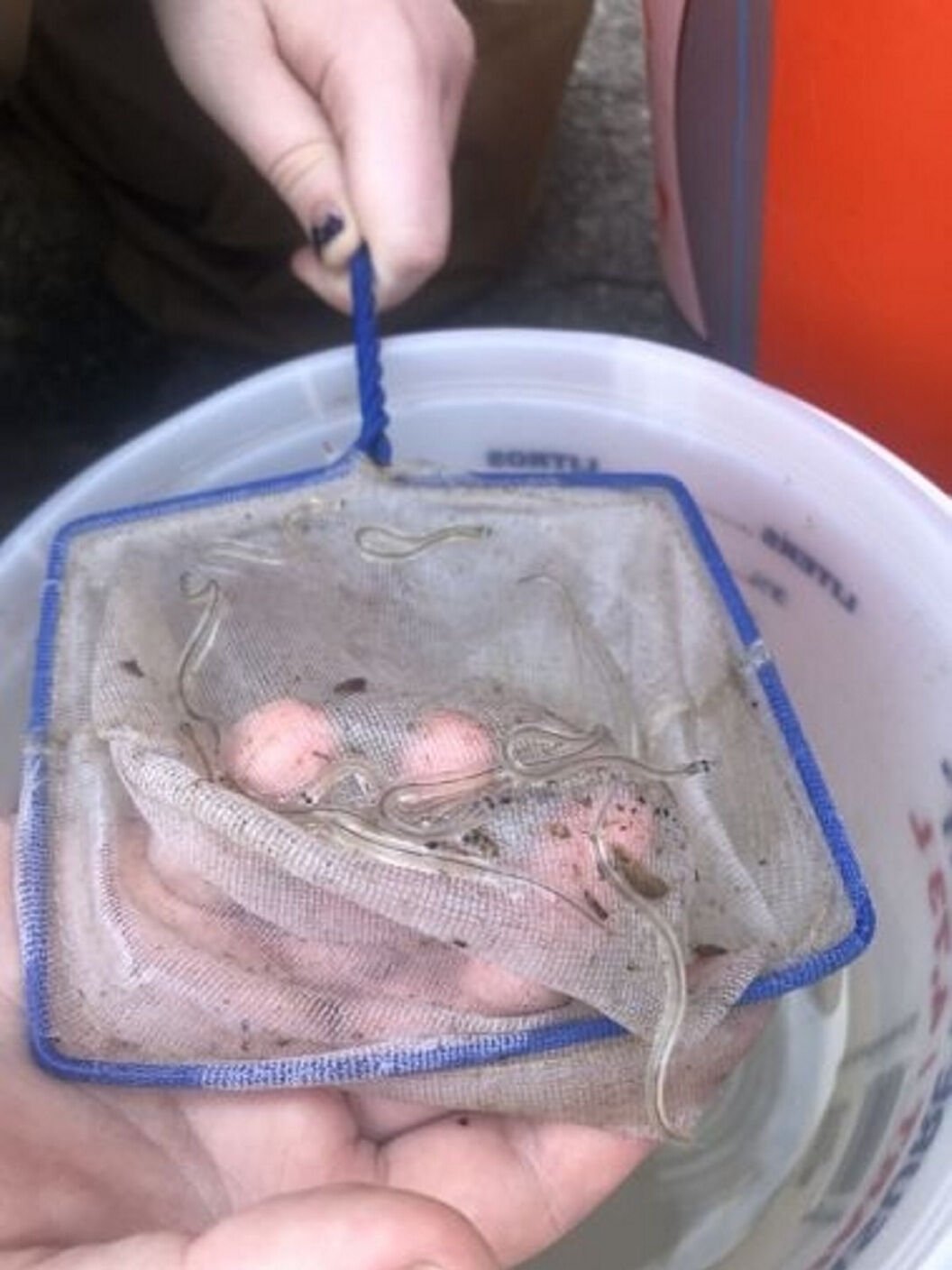 The DEC is launching the 14th annual eel-counting project with sites along the Hudson River and its tributaries, including Hannacroix Creek in New Baltimore. Courtesy of Department of Environmental Conservation 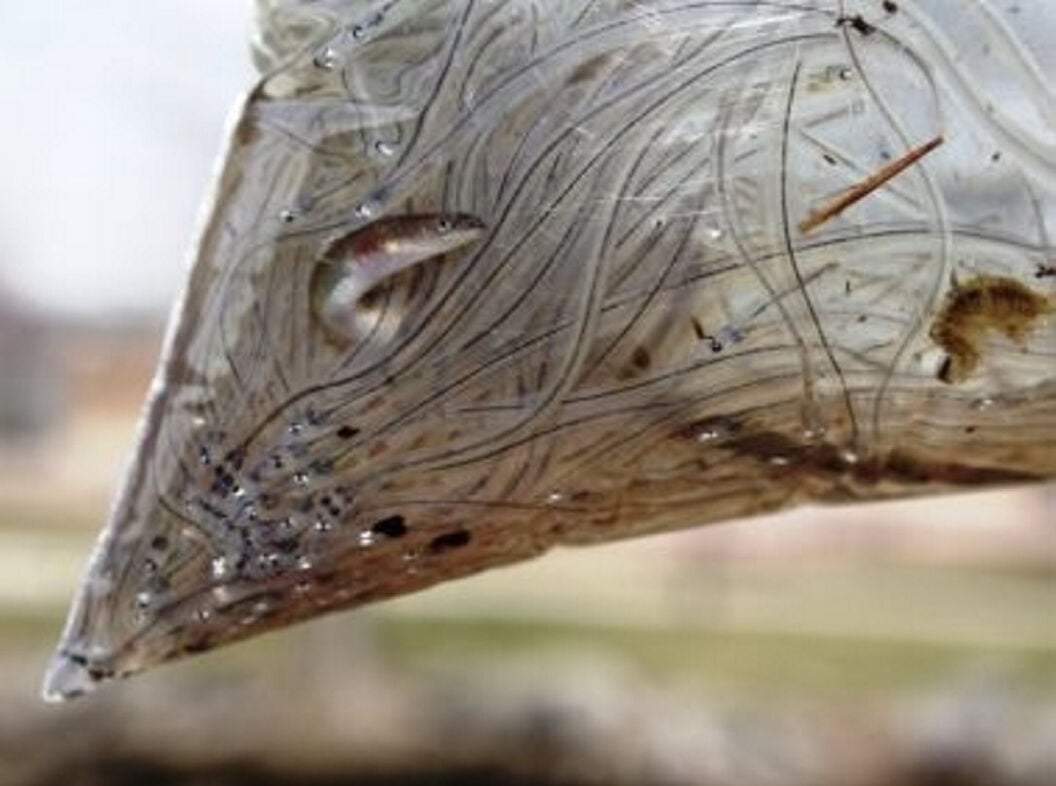 The annual eel-counting project estimates the number of American eels, also known as “glass eels” in the Hudson River. Courtesy of Department of Environmental Conservation 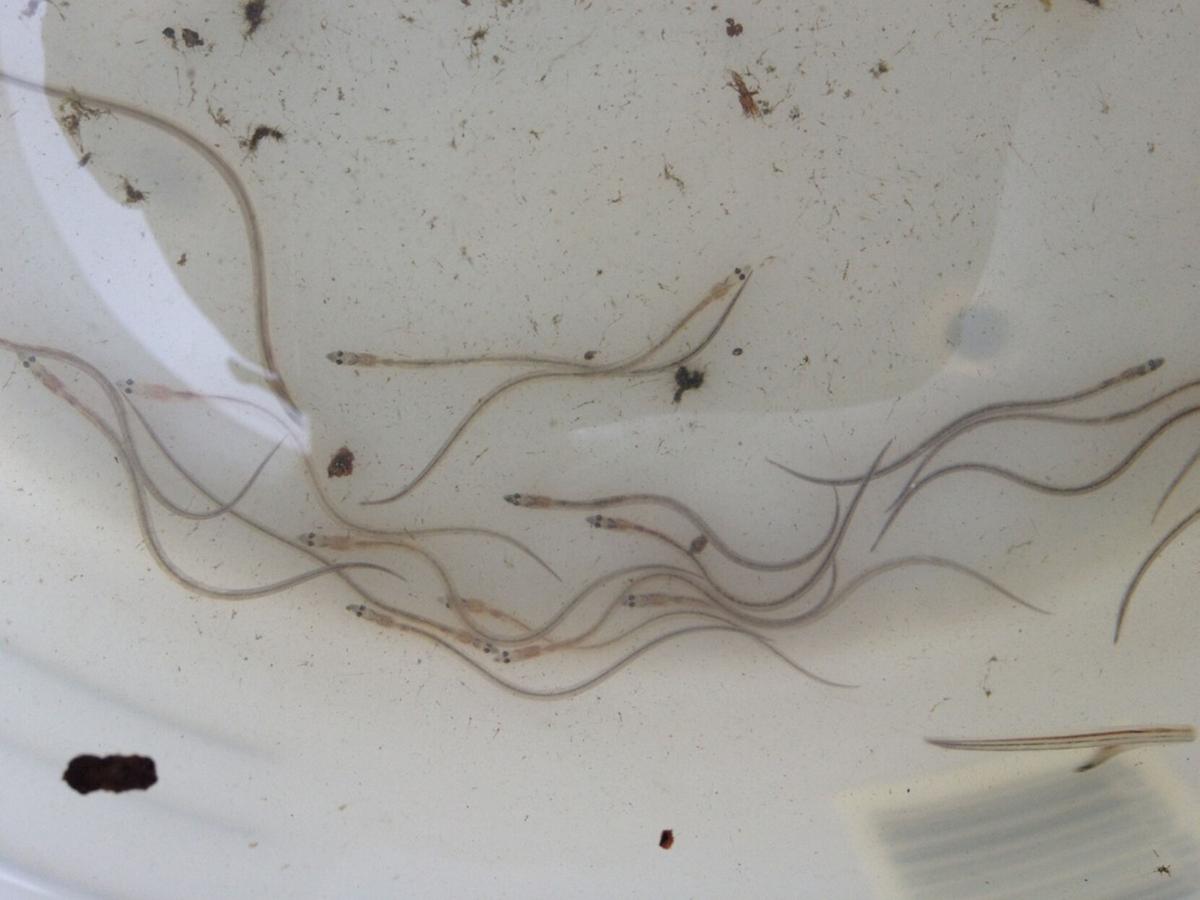 A group of juvenile American eels, which are a couple of inches long but capable of scaling 100-foot tall structures. Courtesy of Riverkeeper 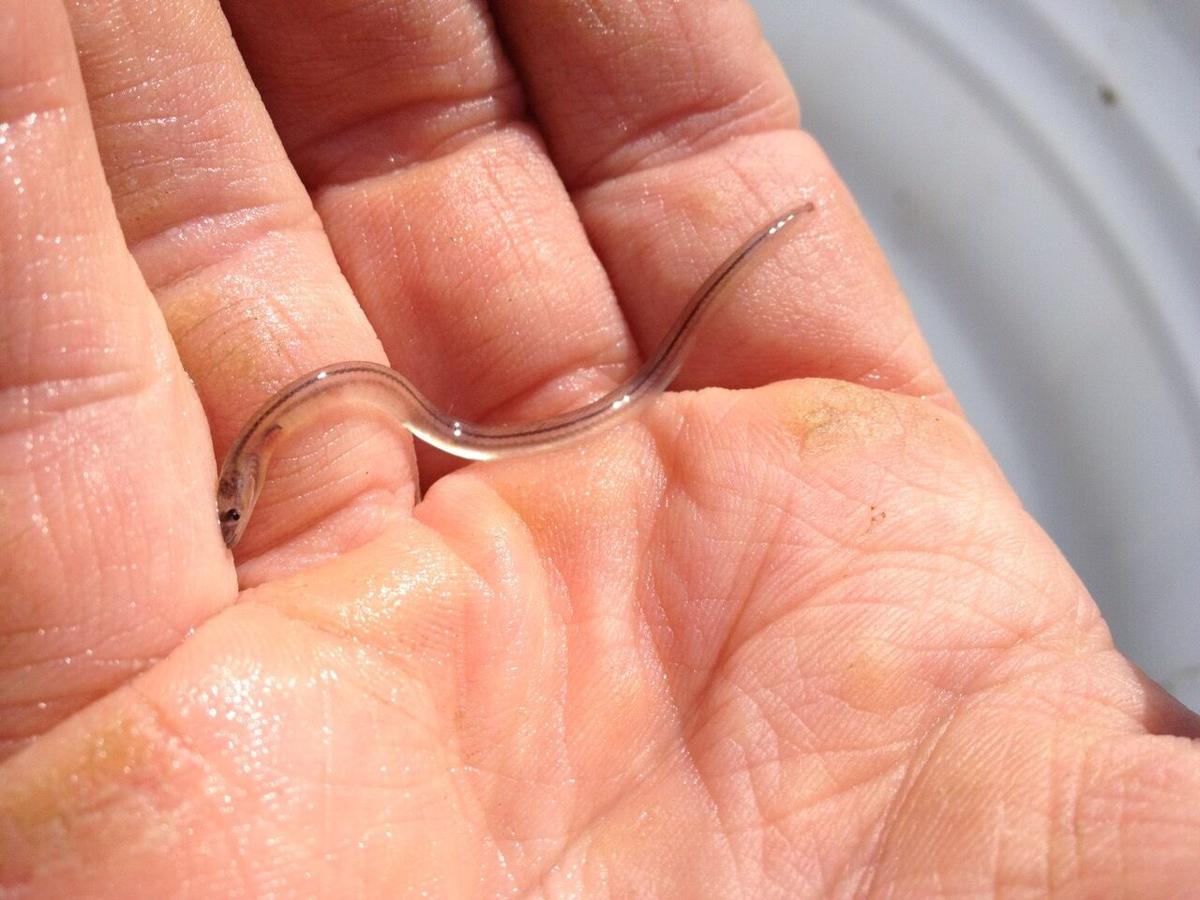 A juvenile American eel, also known as a “glass eel.” Courtesy of Riverkeeper

The DEC is launching the 14th annual eel-counting project with sites along the Hudson River and its tributaries, including Hannacroix Creek in New Baltimore. Courtesy of Department of Environmental Conservation

The annual eel-counting project estimates the number of American eels, also known as “glass eels” in the Hudson River. Courtesy of Department of Environmental Conservation

A group of juvenile American eels, which are a couple of inches long but capable of scaling 100-foot tall structures. Courtesy of Riverkeeper

A juvenile American eel, also known as a “glass eel.” Courtesy of Riverkeeper

NEW BALTIMORE — What’s transparent, a couple of inches long and can scale a 100-foot structure? Why, a glass eel, of course.

The state Department of Environmental Conservation is trying to estimate how many of these slippery customers inhabit the Hudson River and its tributaries.

The American eel, also known as the “glass eel” because the juveniles are see-through, have one of the most unusual life cycles of any fish, according to the DEC.

And yes, they are a fish — not a snake or other type of reptile.

“The eels are hatched in the Sargasso Sea north of Puerto Rico, and every spring arrive in estuaries like the Hudson River as translucent, two-inch long ‘glass eels,’” according to a statement from the DEC.

For the past 14 years, the DEC has conducted an ongoing research project on migrating juvenile American eels. This year the eel count will take place at 15 sites along the river, including Hannacroix Creek in New Baltimore.

Volunteers will don waders and step into the early spring waters to collect the juvenile eels in fyke nets, eel mops and eel ladders, according to the DEC.

The fyke nets are set up in the mouths of tributaries for six to eight weeks, snagging the eels as they migrate upstream. Eel mops are passive traps that mimic the juvenile eel’s natural habitat, and eel ladders are set near dams to capture the fish. Volunteers visit the sites to count the eels every day or two.

All eels are released after they are counted to continue their natural migration pattern.

American eels are a vital component of the ecosystem, but have been declining for the past 30 years, George Jackman, senior habitat restoration manager for Riverkeeper, said Thursday. The annual counts are mandated by the Atlantic States Marine Fisheries Commission.

“It is required because the American eel is a managed species, so they need to quantify the numbers,” Jackman said. “The American eel has been in long-time decline for at least three decades and a lot of it is caused by dams, hydropower, pollution, loss of habitat.”

There are also natural reasons for some of the decline, such as the Japanese swim bladder parasite, which may inhibit the eel’s return migration to the Sargasso Sea when they are sexually mature, Jackman said.

“American eels have a societal, cultural, historical and economic value to humans, but they are also both predator and prey in the ecosystem,” Jackman said. “They are in the middle of the food web and are important on both ends.”

At one point, the American eel accounted for 25% of the biomass in all Hudson River tributaries, but their numbers have declined largely because of the 1,600 dams in the Hudson Valley that can inhibit 90% of the eels’ upstream migration, Jackman said.

Some are also killed for sale on the black market for use in sushi, which is experiencing a surge in popularity worldwide, Jackman said.

The eels are industrious fish — as juveniles they can scale structures many times their length.

“At the juvenile stage, they can climb, but when they climb they are at risk,” Jackman said. “Each one can climb a hundred feet high — that would be equivalent to you scaling the Empire State Building. And that is without arms or legs.”

American eels are called “the most mysterious fish in the sea,” Jackman said.

“There’s so much we don’t know about them,” he said.

But they have a beauty all their own, he added.

“They have a built-in smile, something like a dolphin,” Jackman said. “They are some of the cutest, sweetest creatures that swim in our waters.”

If you would like to volunteer with the eel-counting project, email eelproject@dec.ny.go