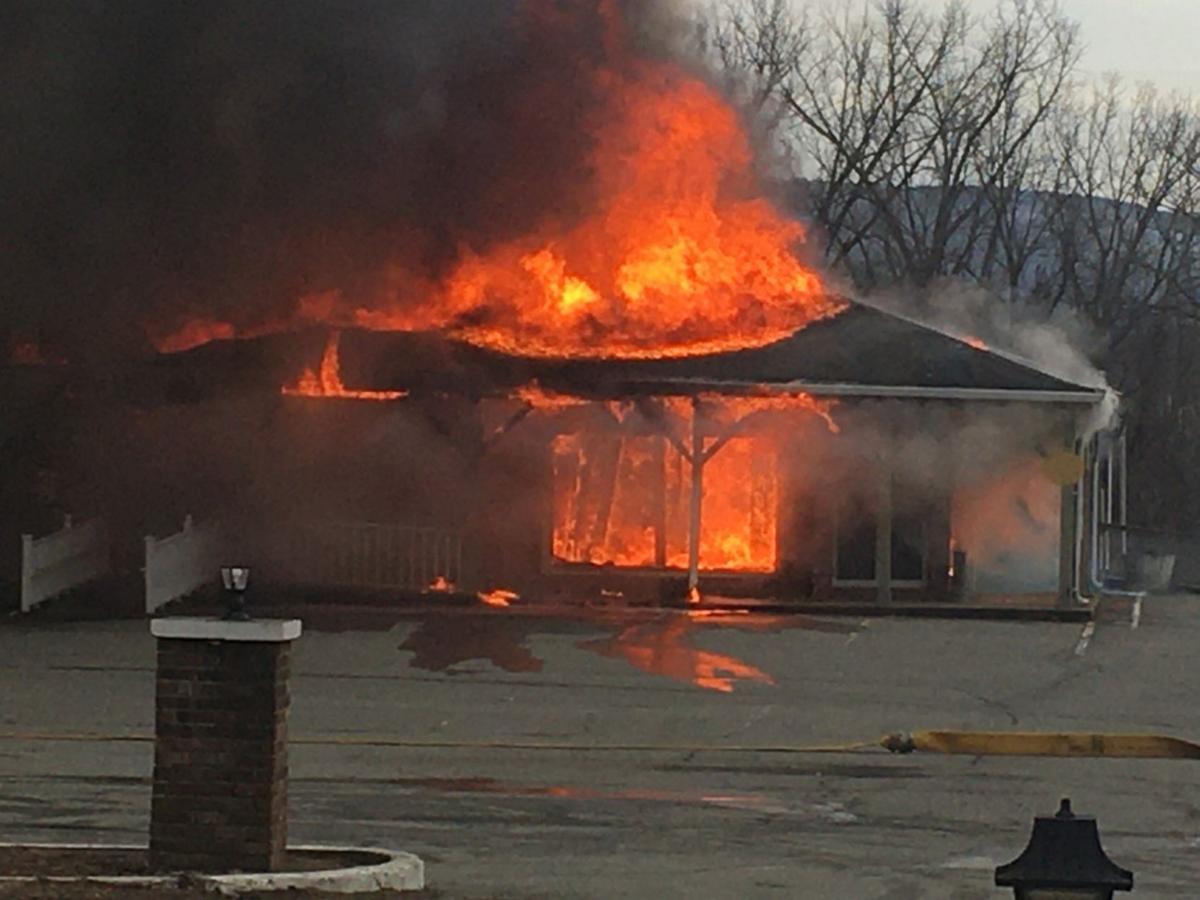 A fire tore through a strip mall in Hillsdale on Sunday afternoon. Bill Williams/Columbia-Greene Media 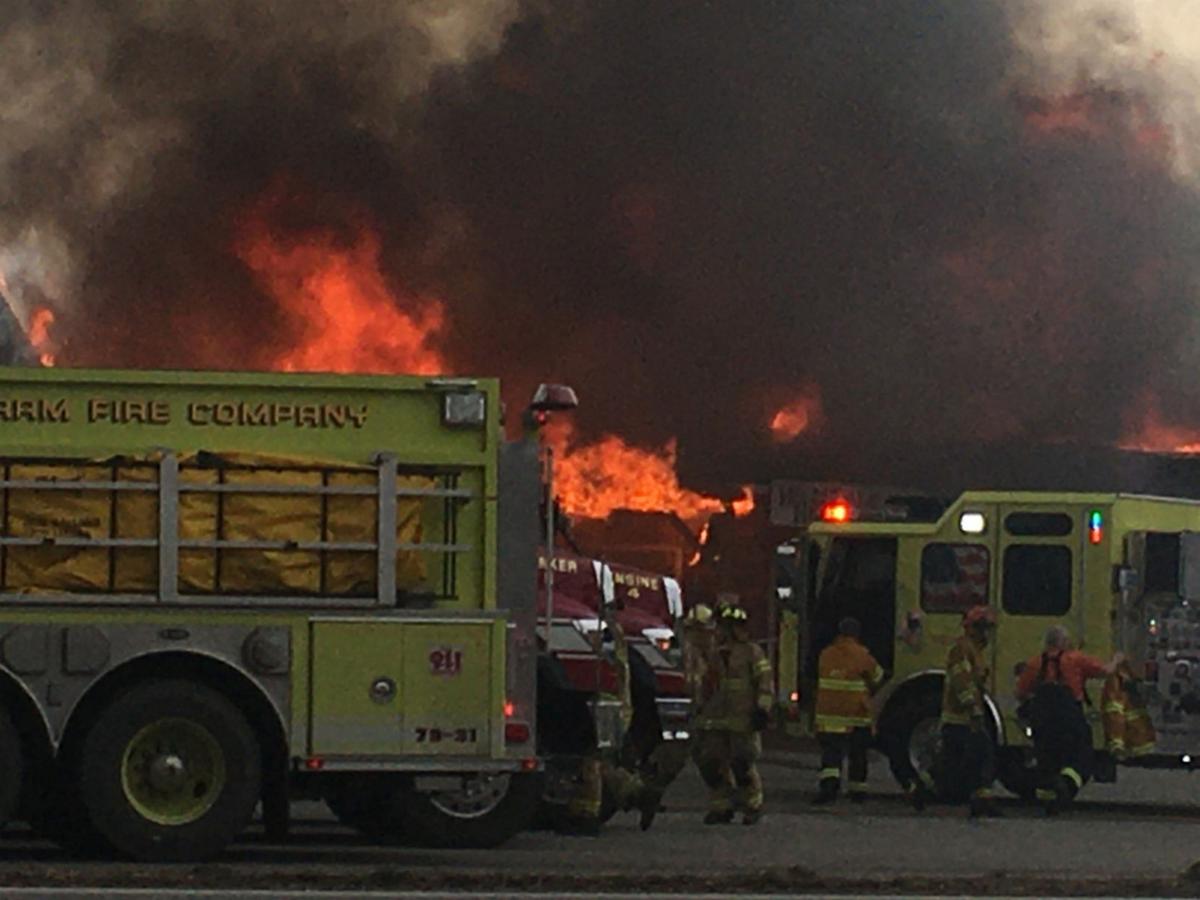 A dozen fire companies responded to a blaze in Hillsdale on Sunday. No injuries were reported. Bill Williams/Columbia-Greene Media 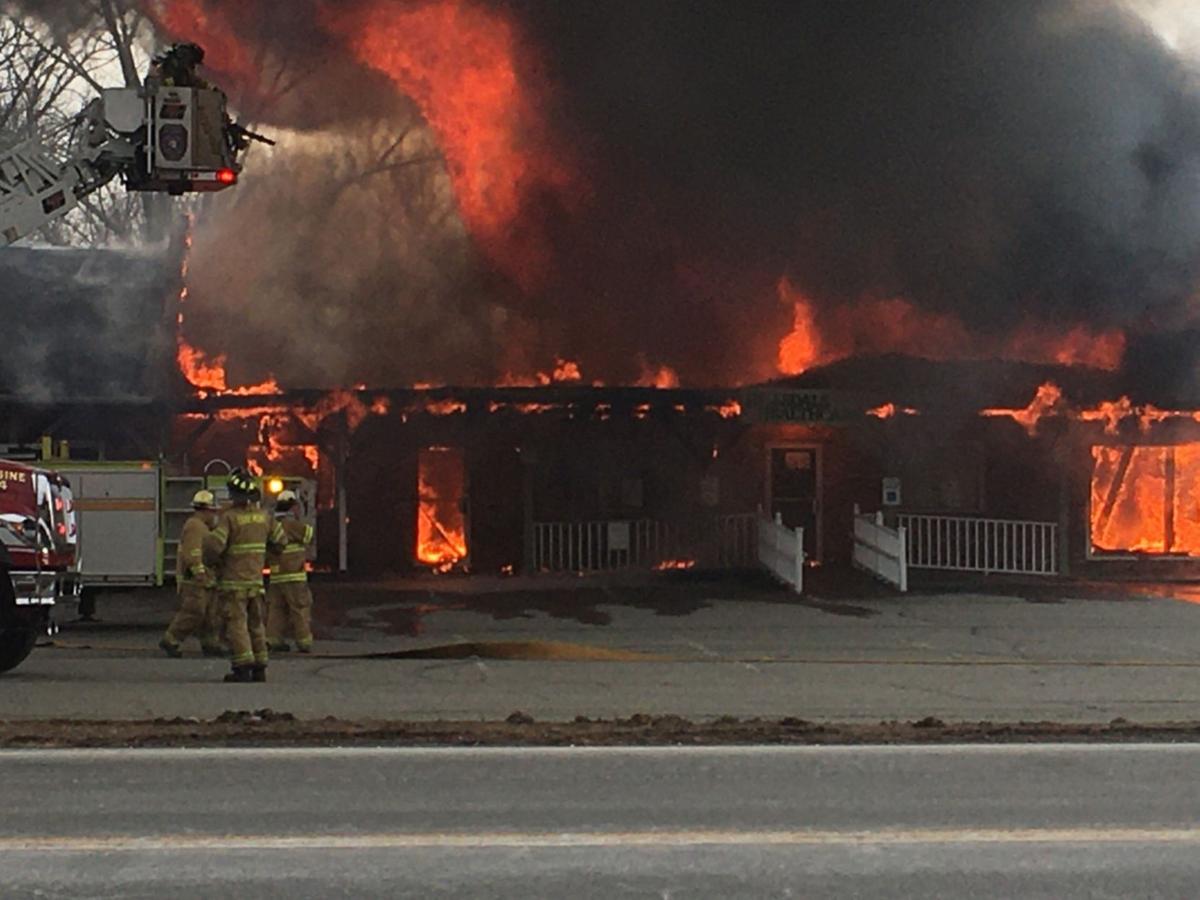 Bill Williams/Columbia-Greene MediaA intense fire wiped out most of a strip mall in Hillsdale on Sunday.

A fire tore through a strip mall in Hillsdale on Sunday afternoon. Bill Williams/Columbia-Greene Media

A dozen fire companies responded to a blaze in Hillsdale on Sunday. No injuries were reported. Bill Williams/Columbia-Greene Media

Bill Williams/Columbia-Greene MediaA intense fire wiped out most of a strip mall in Hillsdale on Sunday.

HILLSDALE — A fast-moving fire tore through a strip mall in Hillsdale Sunday afternoon.

It was the second major fire this weekend in Columbia County after another blaze destroyed a business and several apartments in Livingston Friday night.

Several calls came in to Columbia County 911 from people reporting smoke coming from the roof of Coldwell Banker Prime Properties, 2828 Route 23, around 2:15 p.m., and dispatched Hillsdale Fire Company and Community Rescue to the scene.

Arriving units reported a working structure fire and called for mutual aid. Firefighters from over a dozen companies from Columbia and Dutchess counties, and Massachusetts, responded to the scene or were put on standby for other companies that were at the scene.

The fire moved quickly and completely engulfed Hillsdale Healthcare and a vacant storefront, which was last occupied by O.T.B.

The Coldwell Banker office was also damaged in the fire, but less significantly than surrounding businesses.

Firefighters were able to stop the fire before it spread to Four Brothers Pizza Inn. Four Brothers was the only business in the plaza that was open when the fire broke out. Employees and customers were evacuated quickly.

There have been no reports of injuries. The cause of the fire is under investigation.

The Columbia County Sheriff’s Office and crews from the utility company NYSEG were also called to the scene.

Route 23 in Hillsdale was closed to traffic between Route 22 and Old Town Road.