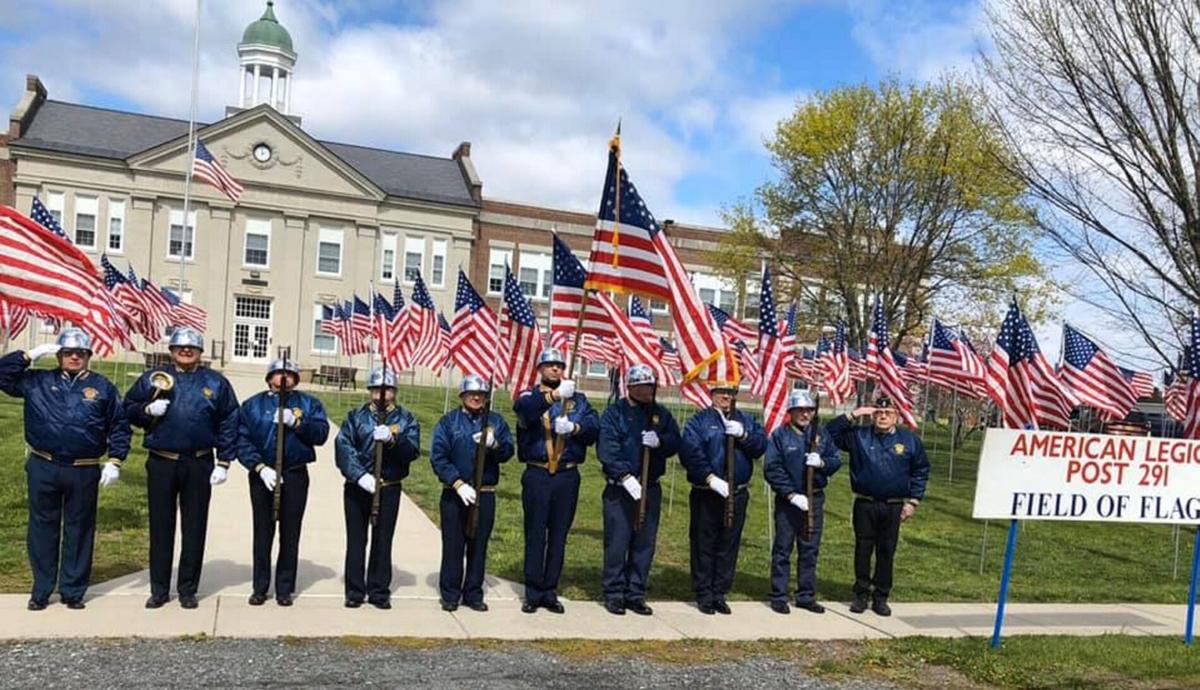 The Field of Flags will go up May 8 in Greenville honoring veterans from all branches of the military. Contributed photo 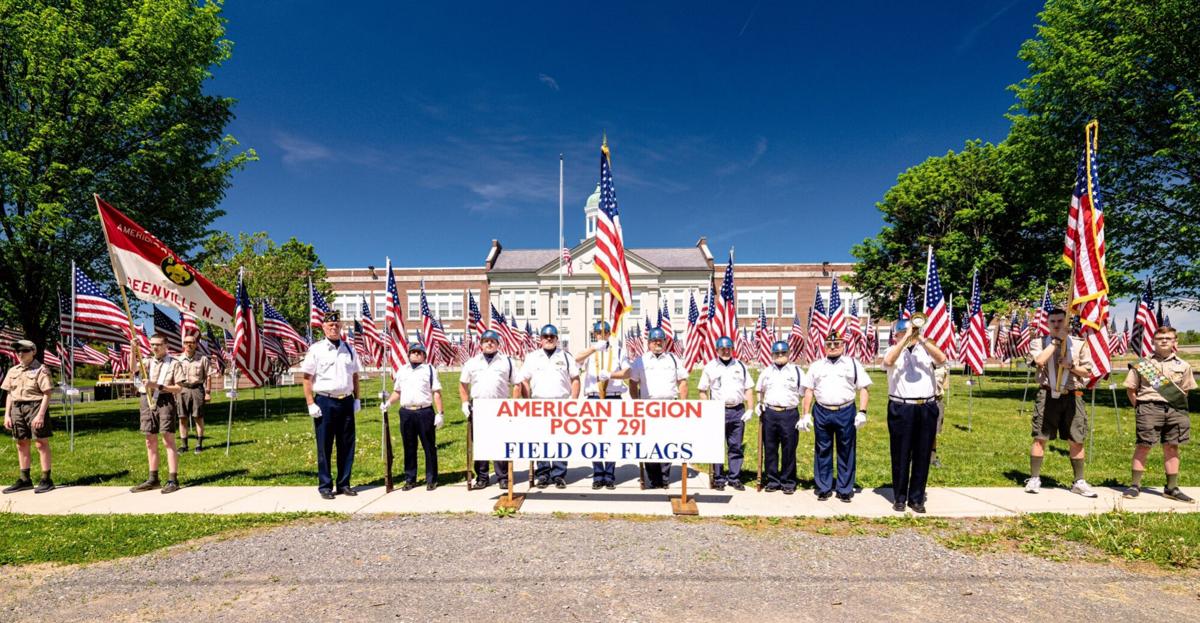 This year’s Field of Flags will be installed May 8 and will remain up until July 10. Contributed photo 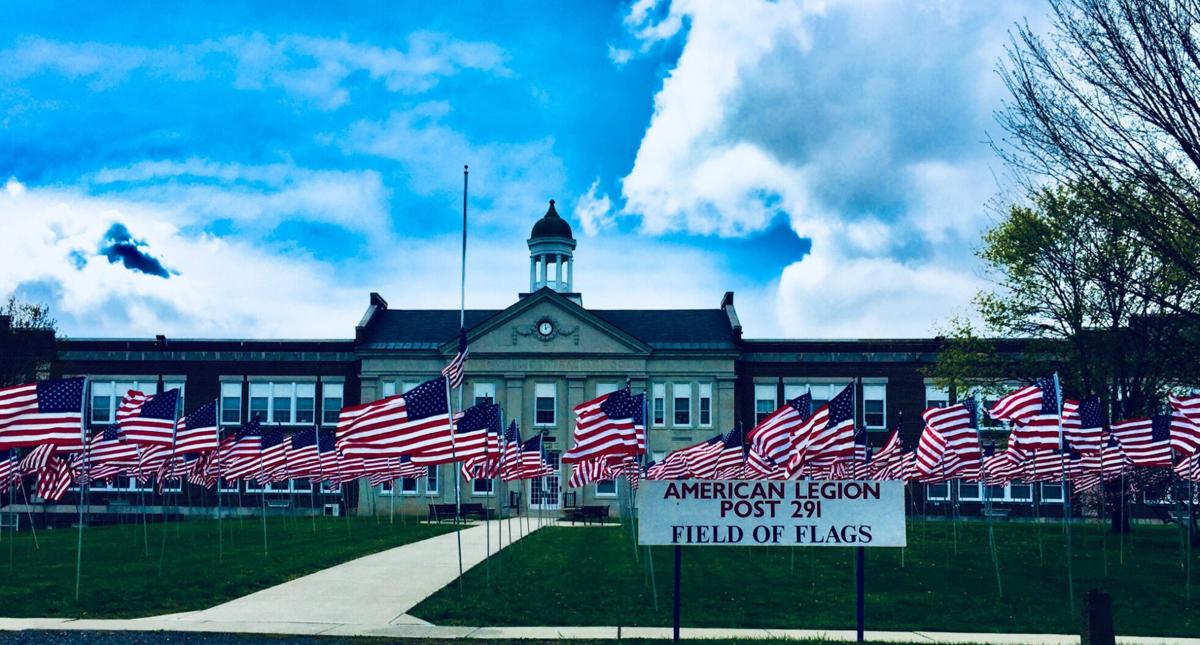 The 2020 Field of Flags on the front lawn of Scott M. Ellis Elementary School in Greenville. Contributed photo 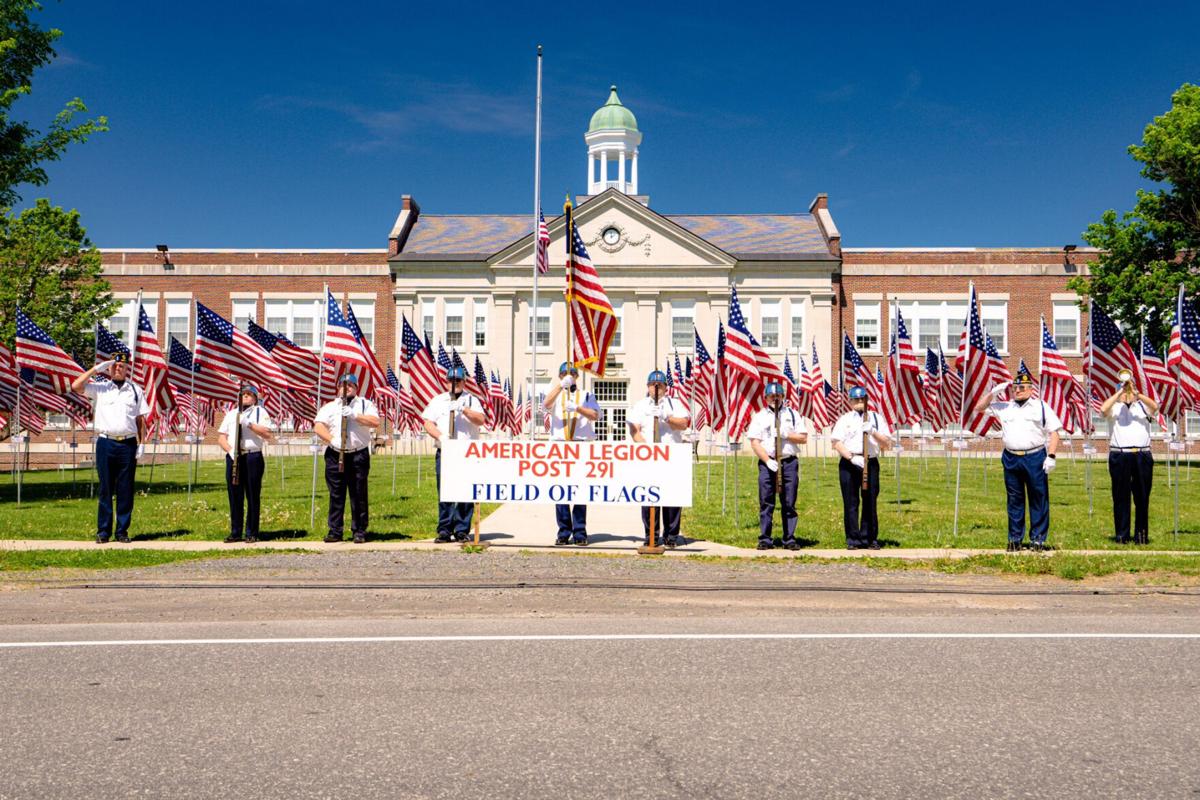 This year’s Field of Flags will go up May 8 outside Scott M. Ellis Elementary School in Greenville, honoring veterans of all military branches. Contributed photo

The Field of Flags will go up May 8 in Greenville honoring veterans from all branches of the military. Contributed photo

This year’s Field of Flags will be installed May 8 and will remain up until July 10. Contributed photo

The 2020 Field of Flags on the front lawn of Scott M. Ellis Elementary School in Greenville. Contributed photo

This year’s Field of Flags will go up May 8 outside Scott M. Ellis Elementary School in Greenville, honoring veterans of all military branches. Contributed photo

GREENVILLE — A piece of Americana is coming to Greenville — by the hundreds.

The annual Field of Flags is in the works and about 300 full-size American flags will be posted May 8 on the front lawn of Scott M. Ellis Elementary School, 11245 Route 32, Greenville.

The flag display is organized each year by Greenville American Legion Post 291 and honors veterans of all branches of the military. Veterans and sponsors do not need to be Greenville residents.

Mataraza first got the idea for a Field of Flags from an article he read in the national American Legion magazine about a post in Tennessee that did a similar program and he wanted to bring it to Greenville.

The Field of Flags was outside the town park for the first three years and last year moved to the front lawn at the elementary school.

“We are excited to be part of this program with our local veterans,” Scott M. Ellis Elementary School Principal Peter Mahan said Monday. “The Field of Flags project is a beautiful and meaningful tribute to the community members who have served our country. We are grateful that the project will be located at Scott M. Ellis for students and the community to enjoy.”

The project has grown since its early years, Mataraza said.

Each flag is a standard 3-foot-by-5-foot flag mounted on a 10-foot flagpole. At least 300 will be posted this year.

“It will cover the entire elementary school lawn,” Mataraza said. “People sponsor the flags and we let them fly for about two months and take them down the Saturday after the Fourth of July. Then the individual who sponsored it can have the flag, as well as the laminated sponsor card. That is theirs to keep.”

The flags will be put up May 8 and will be taken down July 10.

The cost to sponsor a flag is $25, and orders will be taken through May 31.

“This is about the community showing they haven’t forgotten our veterans and it’s a chance for them to honor their own personal family members who have either passed or who are still serving today,” American Legion Post 291 Commander Skip Spinner said.

Having the Field of Flags at the elementary school also gives students the chance to visit the site and take a stroll around.

“For the kids, I think it’s a great lesson for them to see that people still do think about the veterans and respect them and honor them,” Spinner said. “It also gives the kids a chance to go out and see the names on the plaques and visit the flags.”

He encouraged everyone to visit the site once the flags are installed.

“Come down and enjoy it,” Mataraza said. “People like to walk through. They see the names, see if they recognize anyone. Just listening to them in the wind — at least for the veterans — we like to just sit there and listen to the beauty of the flags flying in the wind.”