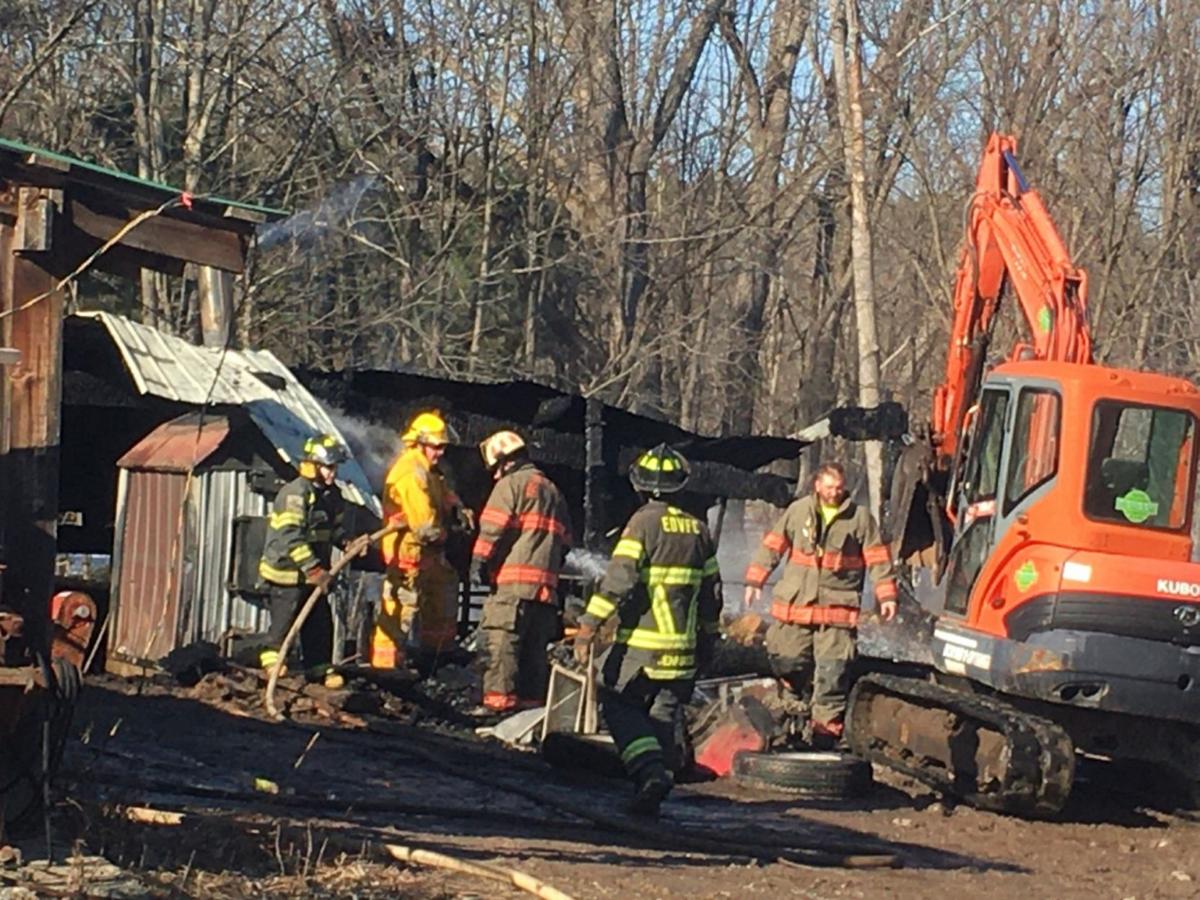 Bill Williams/Columbia-Greene Media Firefighters examine the rubble of a horse barn damaged by fire in Durham on Friday. 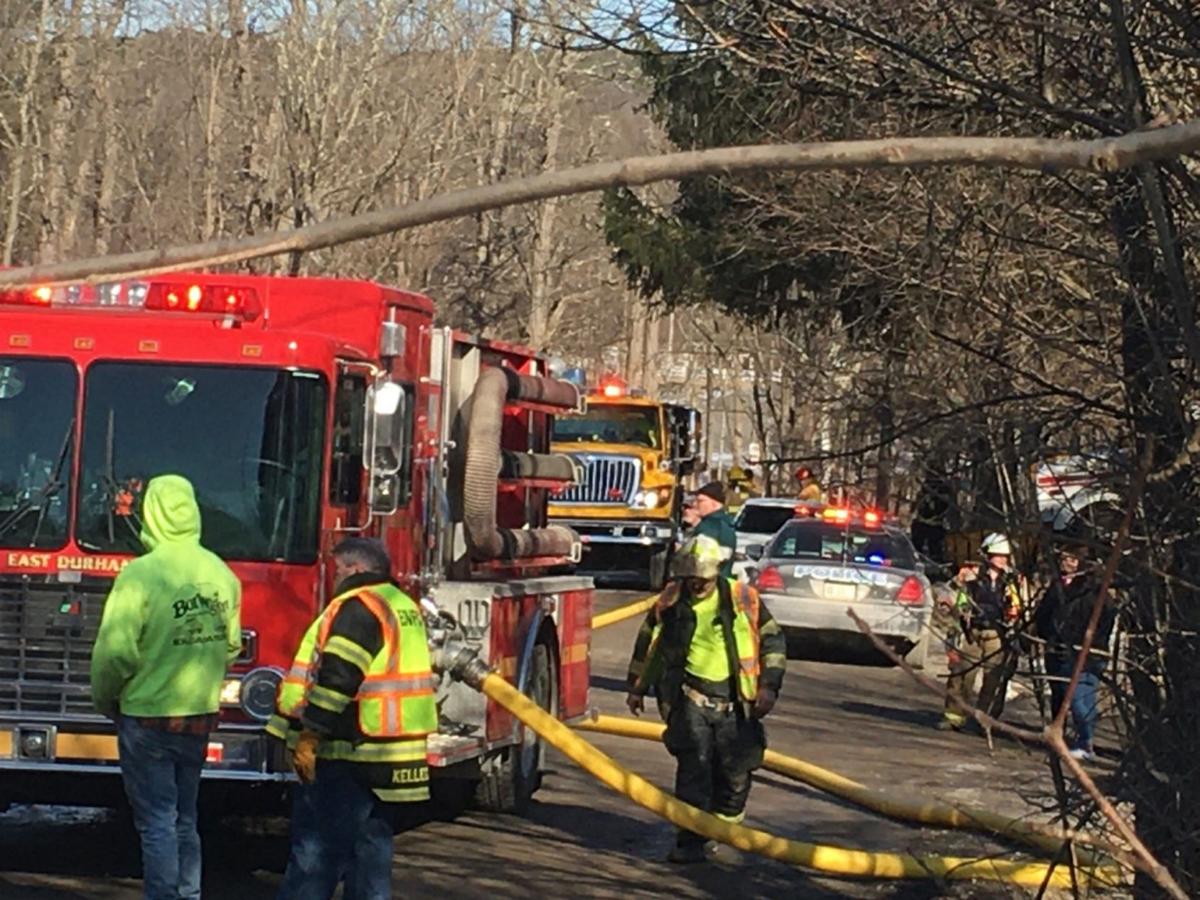 Bill Williams/Columbia-Greene Media Fire crews wait on the road outside the scene of a horse barn fire in Durham on Friday.

Bill Williams/Columbia-Greene Media Firefighters examine the rubble of a horse barn damaged by fire in Durham on Friday.

Bill Williams/Columbia-Greene Media Fire crews wait on the road outside the scene of a horse barn fire in Durham on Friday.

A caller reported a horse barn on fire, and then said it looked like a wood furnace on fire with cows tied to it.

The barn housed cows and pigs. All the cows were able to escape the flames, said fire officials, who think all of the pigs also were able to get out of the barn safely.

No injuries to firefighters were reported. The cause of the fire is under investigation but fire officials said they believe it started in the outdoor wood furnace.

Town of Durham Police assisted on the scene.