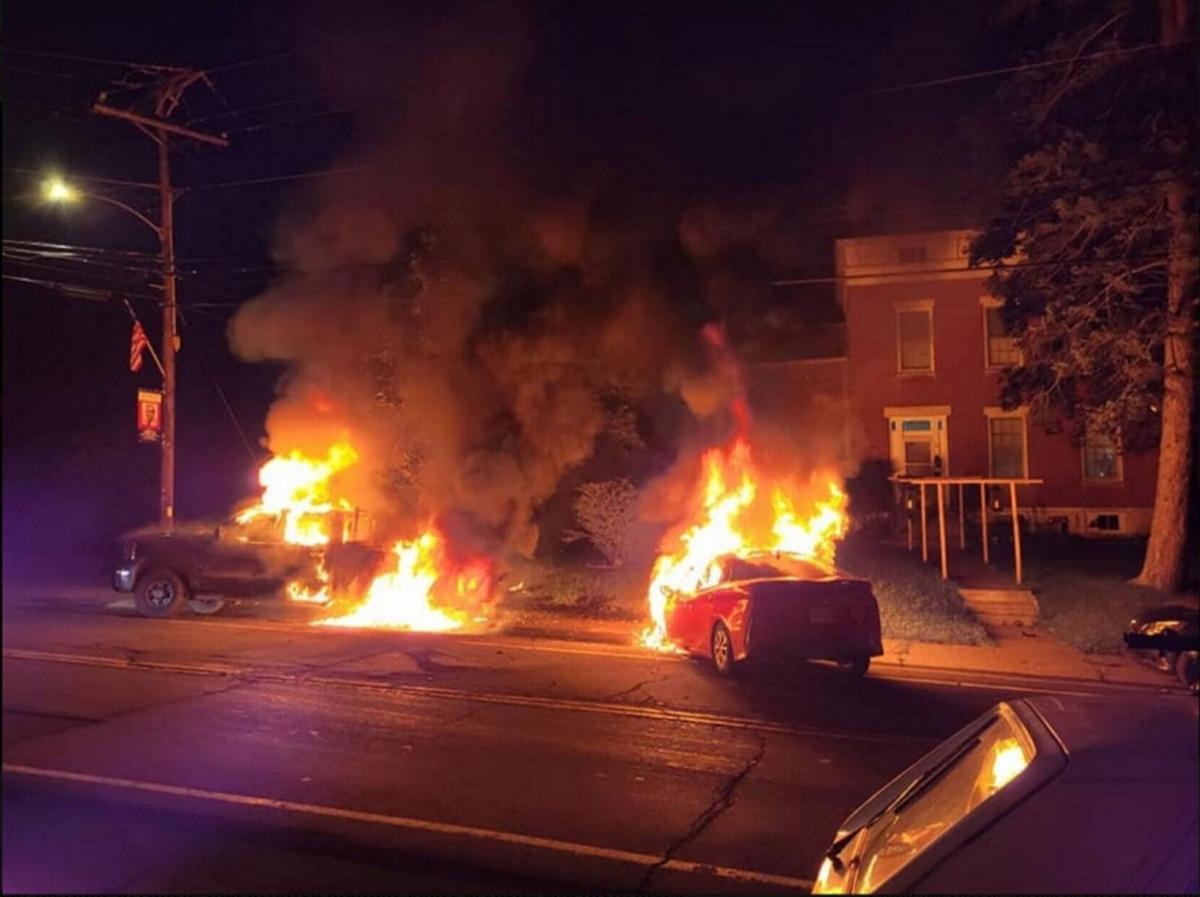 A Philmont man has pleaded guilty, to charges, stemming from an incident, where two Athens vehicles burned. 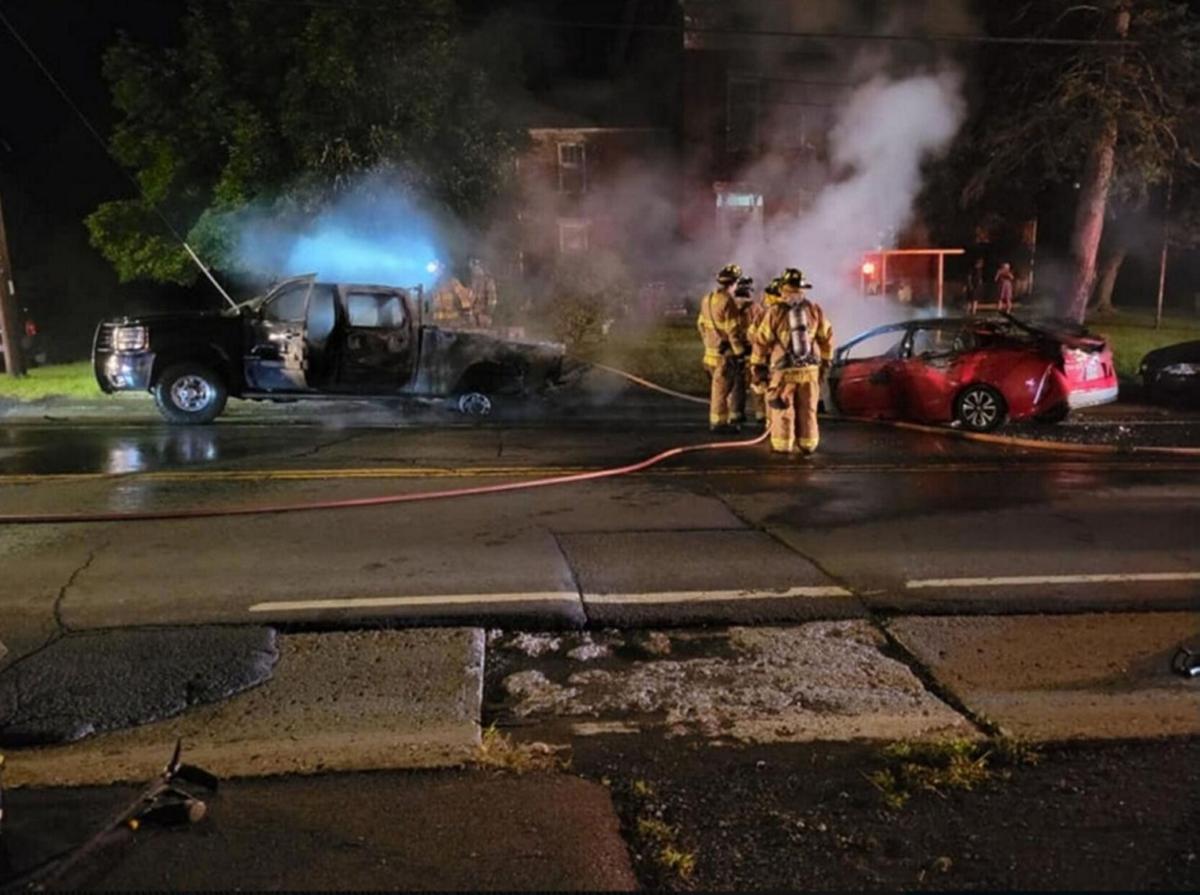 Photo courtesy of Athens Fire Department. A Philmont man has pleaded guilty, to charges, stemming from an incident, where two Athens vehicles burned. 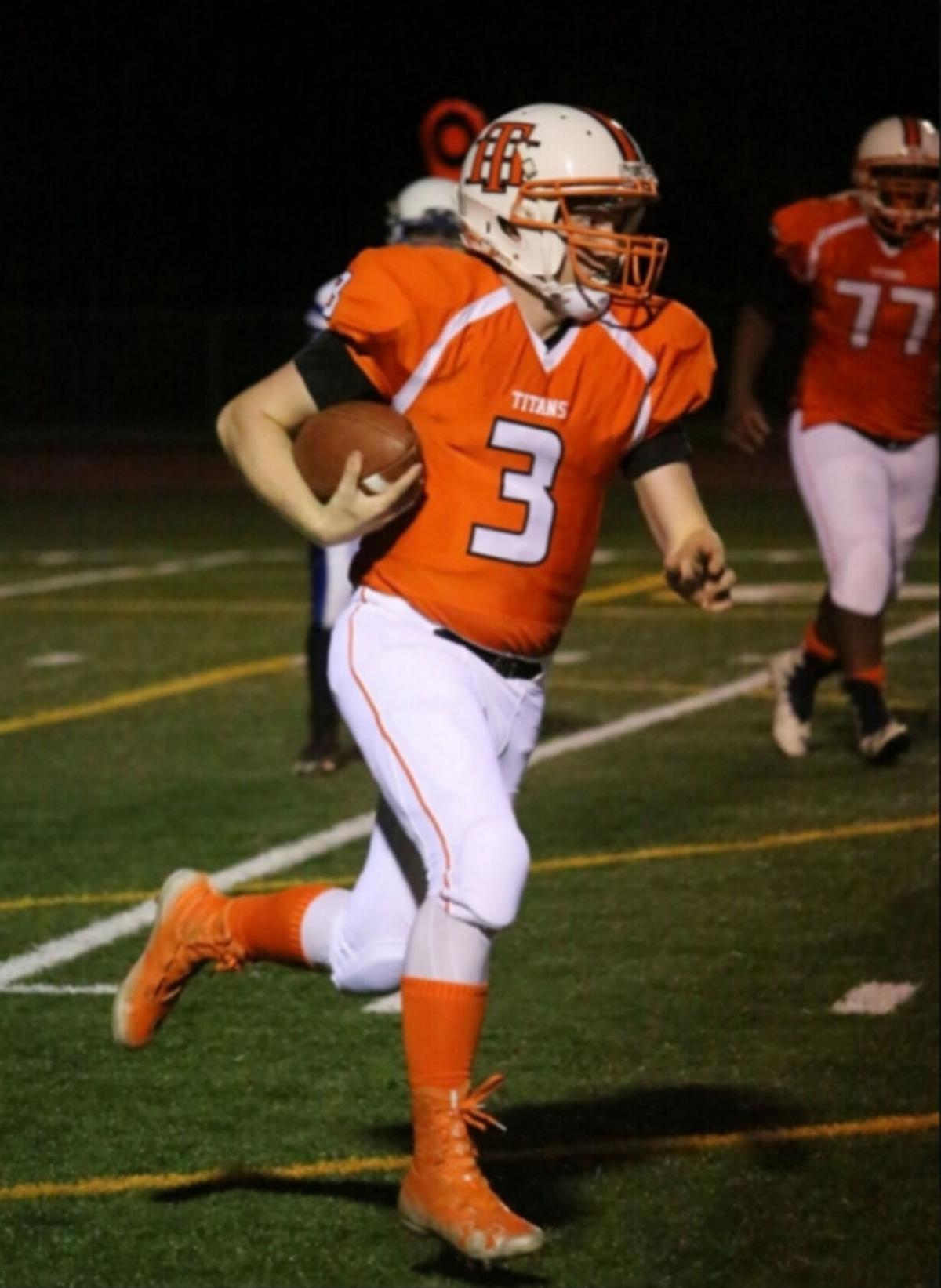 A Philmont man has pleaded guilty, to charges, stemming from an incident, where two Athens vehicles burned.

Photo courtesy of Athens Fire Department. A Philmont man has pleaded guilty, to charges, stemming from an incident, where two Athens vehicles burned.

CATSKILL — A Columbia County man who was arrested Aug. 8 on a long list of charges for incidents in Athens, pleaded guilty in Greene County Court.

Markus Rosien, 19, of Philmont was arrested for allegedly crashing two vehicles, stealing a car, breaking into a house, and fleeing police.

He is scheduled to be sentenced at a later date, Stanzione said.

The incidents occurred early on Aug. 8, when Rosien crashed into three parked vehicles in the area of 117 N. Washington St. Two of the vehicles, a car and a pickup truck, burst into flames and were destroyed.

Athens police determined that the car Rosien was driving was stolen and he was taken into custody. While Rosien was handcuffed in the back seat of the patrol car, he broke through a plexiglass window and fled from police, Athens Police Chief Roger Masse said.

While police were searching for Rosien, he broke into a home in the Sleepy Hollow Lake Community, and stole another vehicle, that was parked at the Athens Boat Launch on Route 385.

Rosien later crashed the second vehicle into a guardrail on Route 9W, where he was taken into custody by state police.

Following his arrest, he was held in the Greene County Jail on $20,000 bail.

According to New York Penal Law, a person is guilty of third-degree grand larceny when he or she steals property, and when the value of the property exceeds three thousand dollars.

The charge is a class D felony.

A person is guilty of obstructing governmental administration when he intentionally obstructs, impairs or perverts the administration of law or other governmental function, or prevents or attempts to prevent a public servant from performing an official function, by means of intimidation, physical force or interference, according to NY Penal Law.

Sentences for this charge include: up to one year in jail, three years probation, community service and other conditions that a judge may impose.

Rosien was a starting quarterback for the Taconic Hills Titans. He was scheduled to graduate in 2020.