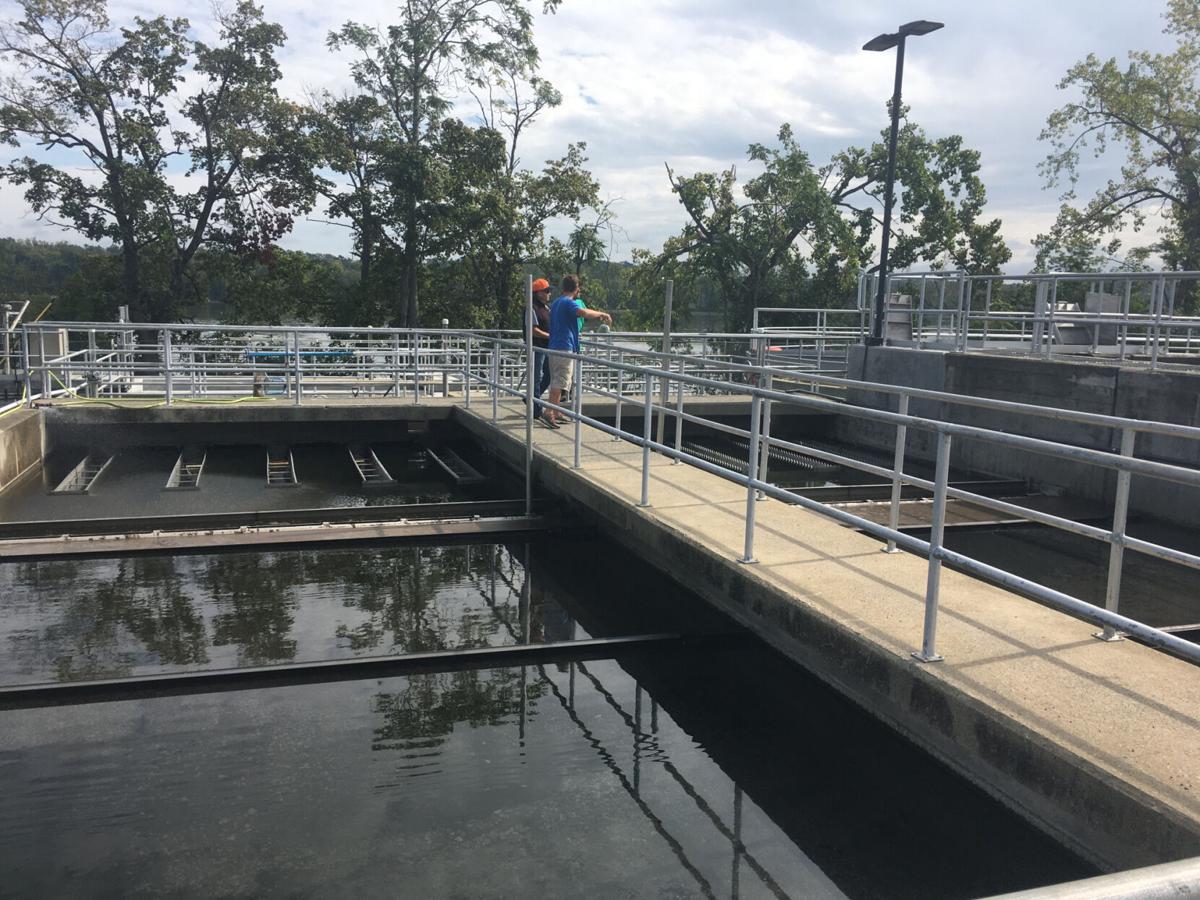 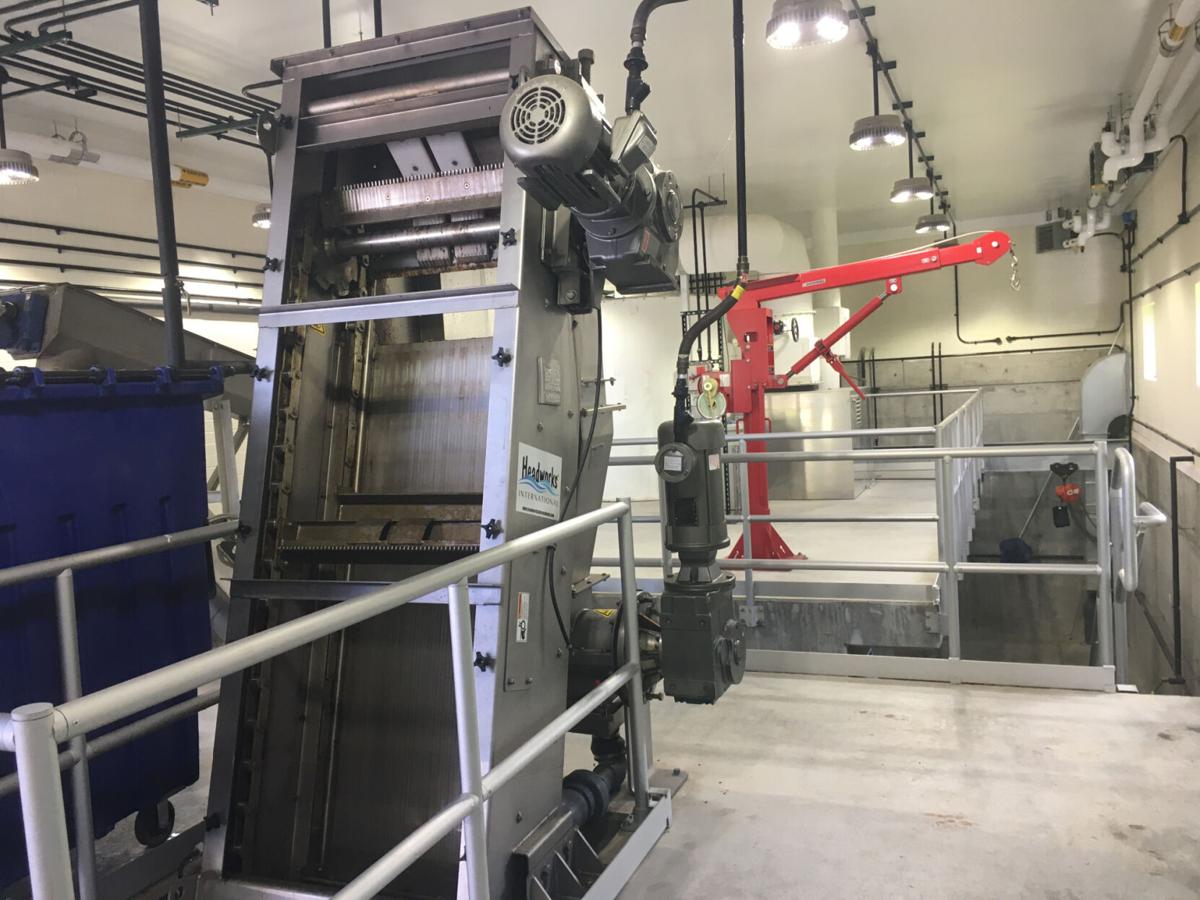 The interior of the sewer plant’s headworks, where solid materials such as rags and other large debris, are removed from wastewater before moving on to the next step in the process. Melanie Lekocevic/Columbia-Greene Media 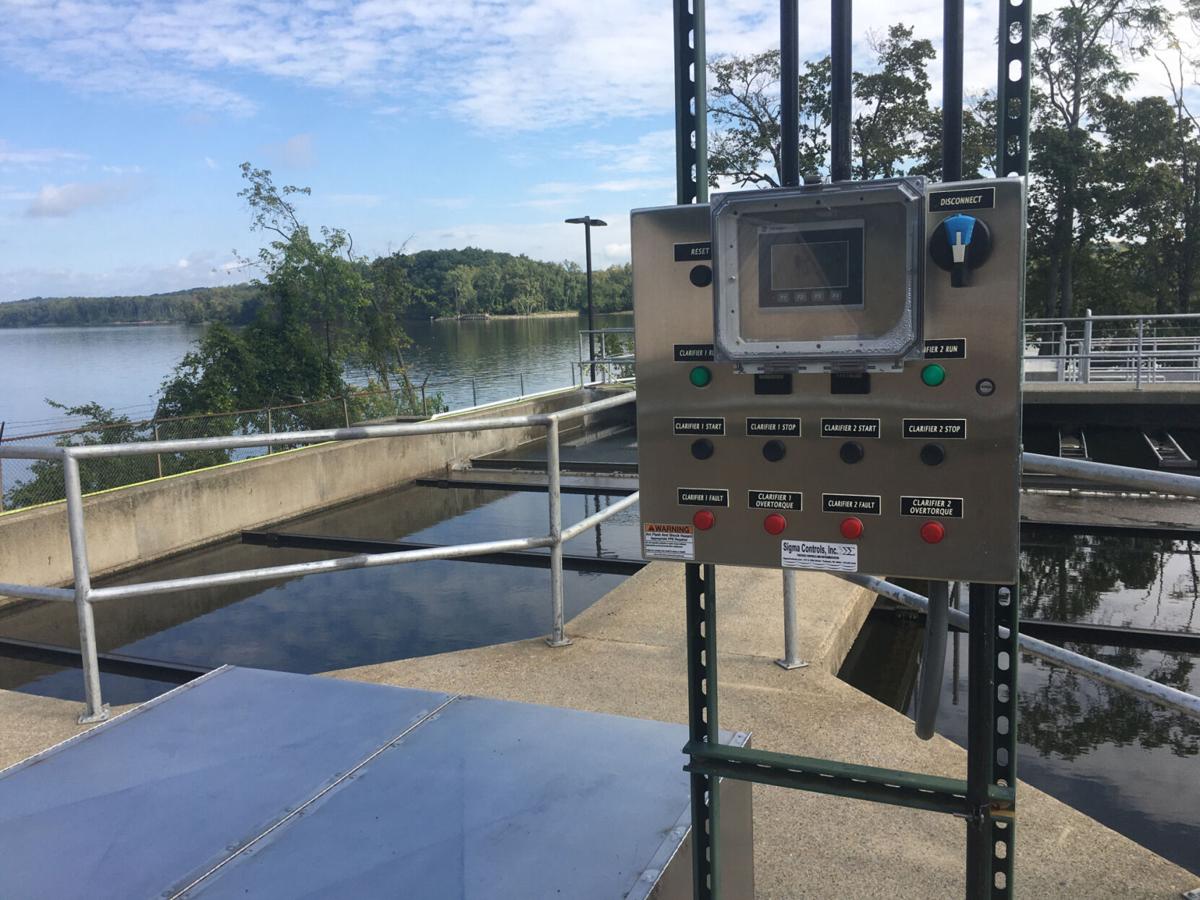 A control panel at the new Coxsackie sewer plant, with the Hudson River in the background. Melanie Lekocevic/Columbia-Greene Media

The interior of the sewer plant’s headworks, where solid materials such as rags and other large debris, are removed from wastewater before moving on to the next step in the process. Melanie Lekocevic/Columbia-Greene Media

A control panel at the new Coxsackie sewer plant, with the Hudson River in the background. Melanie Lekocevic/Columbia-Greene Media

COXSACKIE — The village has unveiled its new $17 million sewer plant.

The project has been in the works for about seven years and construction started in May 2019, Mayor Mark Evans said at Saturday’s ribbon-cutting ceremony.

“Today marks the end of all construction and dedicating a new plant that should serve the residents of Coxsackie for many decades to come,” Evans said.

Construction of the new building, on South River Street with the Hudson River in the background, included excavation about 20 feet, reaching into the bedrock.

Funding for the $17 million project was provided by state grants and loans through the New York state Environmental Facilities Corporation.

“Upgrading a plant that was built in the 1970s was a major financial commitment by the Coxsackie community to improve water quality,” Molly Larkin, senior vice president and chief operating officer of the Environmental Facilities Corporation, said in a statement. “New York state was pleased to partner on this project by providing $17 million in grants and low-cost financing through the state Revolving Fund to help ensure it was completed.”

The original plant was built in 1973, project engineer Brock Juusola of Delaware Engineering said. Planning for the new plant began in 2014 and ground was broken for construction in 2019.

The plant remained operational throughout the construction process and operations were transferred to the new buildings and systems as they were completed.

The project included construction of a new headworks building, which screens wastewater when it first enters the plant.

“The flow comes in from the village and the raw sewage is run through a screen to get rid of rags, wipes and debris,” Juusola said. “You would be surprised what people throw in the toilet.”

Next, the wastewater goes through a rapid spinning process to remove sand and grit.

The raw sewage water, with the debris and grit removed, then moves into large water tanks at the rear of the property, where microscopic bugs — yes, bugs — go to work.

“The water goes into these bays and we use biology to clean it,” Juusola said. “We use microorganisms — bugs — to consume the dissolved organics. It’s an aerobic process, so we have to keep blowing air into it. The bugs are eating as fast as they can.”

The water bays were part of the original 1973 plant, but all the mechanicals, including pipes and diffusers, were replaced.

Using microorganisms to remove bacteria from wastewater is a common practice, Juusola said.

“Most of the waste treatment facilities in Greene County use this same process in one shape or form,” he said.

The water then moves to the next step in the process.

“The clean water is then disinfected by injecting chlorine that will kill anything that is left in the water,” Juusola said.

The final step in the process is to pump the cleansed water into the Hudson River, which does not contaminate the river, Juusola said.

The plant has three full-time village employees and someone is always on call should something go wrong, but the process runs on its own.

“The plant is fully automated so it runs itself,” Juusola said.

If there is a problem at the plant, an alarm goes off and notifies the person on duty, he added.