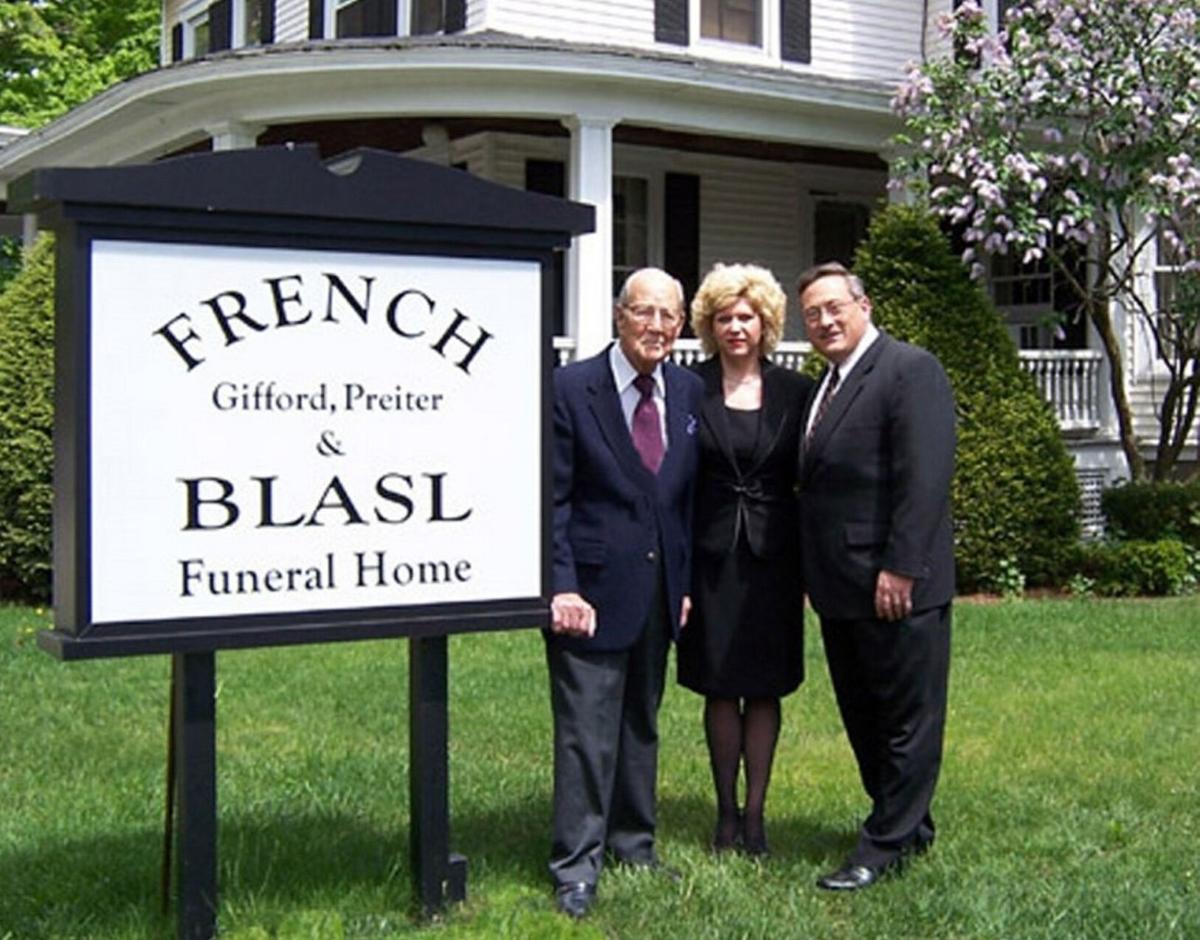 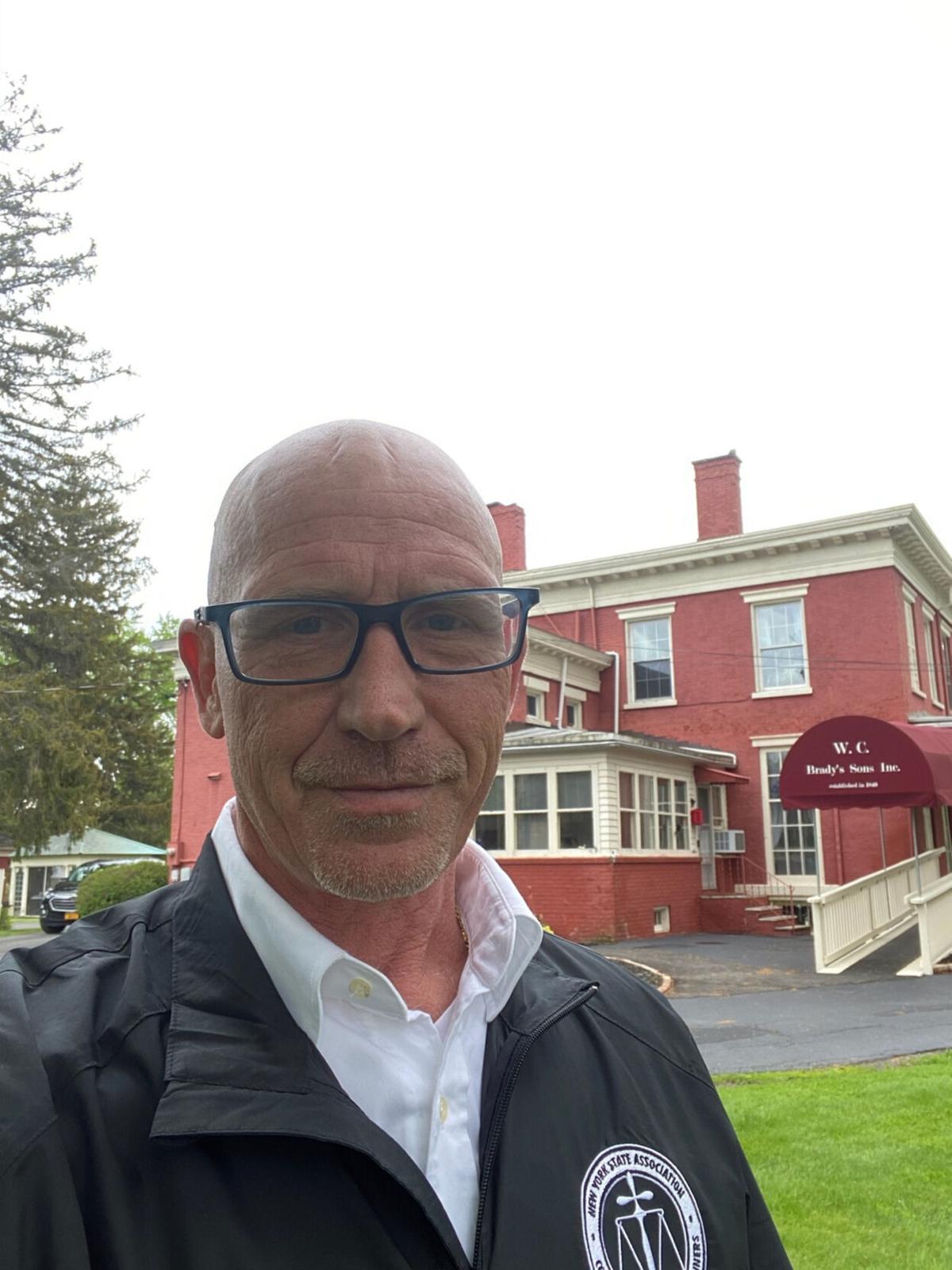 The grieving process for many families has been drawn out by the pandemic, as those mourning their loved ones made the difficult decision to postpone memorials.

“We have memorial services scheduled through the first week of June for people that were cremated a year ago,” Michael Blasl, owner of French, Gifford, Preiter & Blasl Funeral Home in Chatham. “We’re finally able to have a service and interment of those ashes.”

Visitation restrictions, along with limited capacity for funerals will have a lasting effect on families, Blasl said.

“I’m sure there are folks that are going to be really affected by this,” he said. “The big thing is that they couldn’t be with them when they were dying and then couldn’t be with them when they did die. At a funeral, they would normally receive support from extended family and the community and they couldn’t have that either. They were alone. Any other time, they would have support.”

Families couldn’t receive the same type of support from the funeral homes either, Blasl said.

“We’re the huggers and we couldn’t even get close to folks,” he said. “It was very hard to do what we normally do.”

Making arrangements to honor a loved one gives the families a sense of closure, Blasl said.

“They left with nothing which is really, really sad,” he said.

“People are just not getting the normal closure they’re accustomed to because of the way things have to be done,” he said.

At first, funeral services were limited to 10 people, Blasl said.

“Initially, we weren’t really able to do much for families in the way of them being able to spend time with their family members, which was really brutal being that they either lost them at a hospital or nursing home where they were not able to see them either,” he said. “It was very difficult.”

In some instances, graveside services couldn’t be held, Blasl said.

“The toughest cemeteries to deal with was the veterans cemeteries, which were shut down,” he said. “The only person there was the funeral director, the hearse and the casket. Families couldn’t attend at all. It make a tough situation even worse. We would take pictures at the cemetery to assure the family that their family member got there.”

“It was just the fact of being able to conclude something,” he said. “They didn’t want to have something with nobody there.”

The bodies of hundreds of New Yorkers are still sitting in a refrigerated morgue on the Brooklyn waterfront more than a year after the COVID-19 pandemic hit New York City.

The remains of about 650 people are in long-term storage in the specially designed disaster morgue that opened in April, a medical official told a City Council committee meeting.

The facility was set up to give families extra time, but the arrangement was always intended to be temporary, said Dina Maniotis, executive deputy commissioner of the Chief Medical Examiner’s Office.

“In the very near future, we will begin to notify all the families that we’ve been working with that we are now going to ramp our operations down slowly, give them the time that they need, and we’ll keep the operation going as they need it,” Maniotis told the City Council’s Committee on Health.

Families of many of the dead still in storage have requested that the city bury their remains on Hart Island, the city’s potter’s field. The families of others have fallen out of contact with the city, Maniotis said.

Unlike New York City counterparts, Blasl said he did not run into crematorium delays.

“My friends down there, it was really devastating for,” Blasl said. “Those numbers were just unmanageable. We had a call from a family in the city that wanted to get their loved one cremated with us because they couldn’t get them cremated for three weeks. Funeral directors had to take their remains to Pennsylvania. They were coming up here, they were going to Vermont.”

Hassan Basagic, owner of Aston-Basagic Funeral Home in Hunter, said he has also experienced an increase in cremations.

Because Basagic has a somewhat smaller operation, the impact has not been as severe, he said.

“We have smaller gatherings, we are sensitive to spacing and outside of that, not too much has changed,” he said. “We had some people that would rather wait until spring to have their services and internments.”

Restrictions have somewhat relaxed but funeral homes are still limited in what they can offer, Blasl said.

“Slowly it got a little better, to where we are today, actually having wakes,” he said. “They expended to 75% of your occupancy with six-foot spacing. We’re still noting having services in the building. Unless the family wanted something very small-- we can only accommodate about 20 people.”

“Our spring burials and spring services that are leftover from wintertime, a lot of people don’t know what to do,” he said. “They’re not sure how many people can gather outside. We’re trying to be as educational and compliant as we can but yet are still trying to provide a level of traditional services to these families given the situation.”