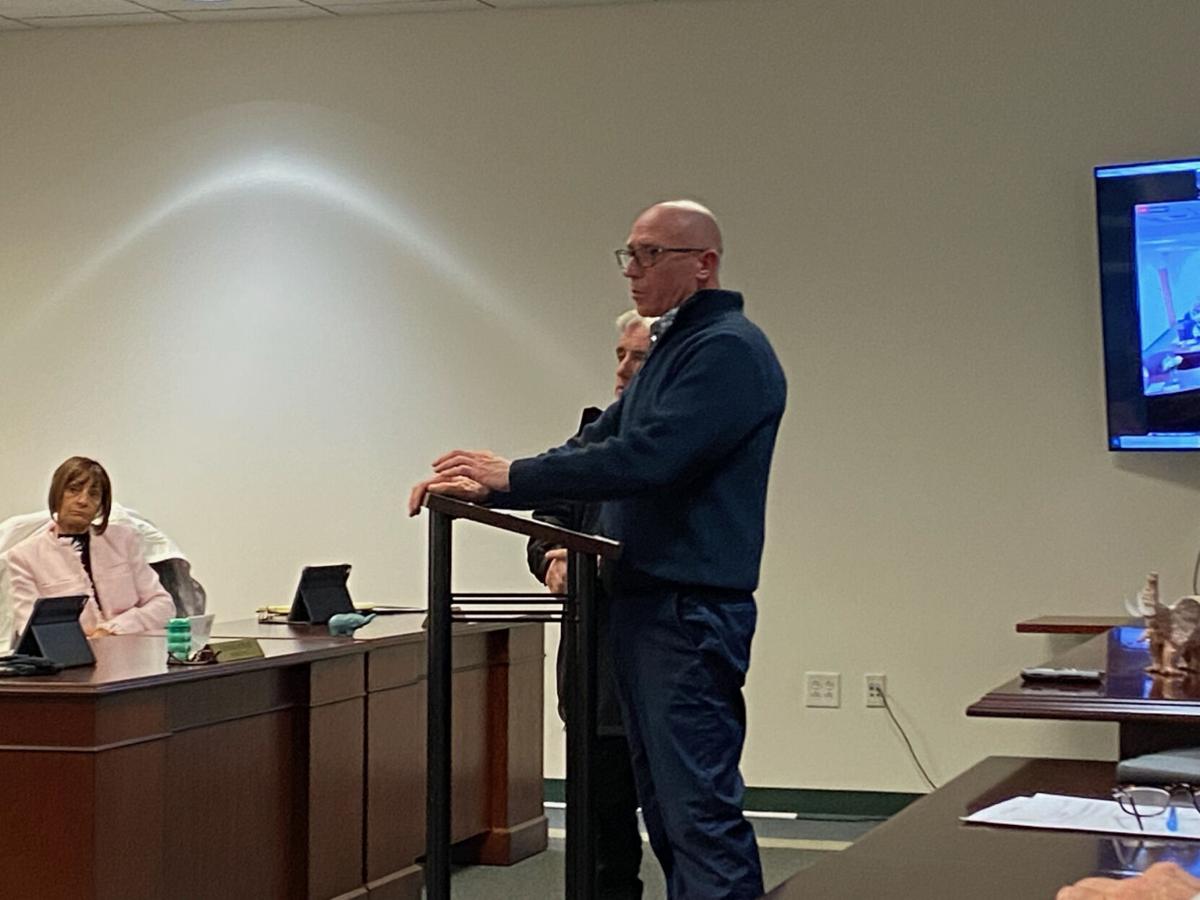 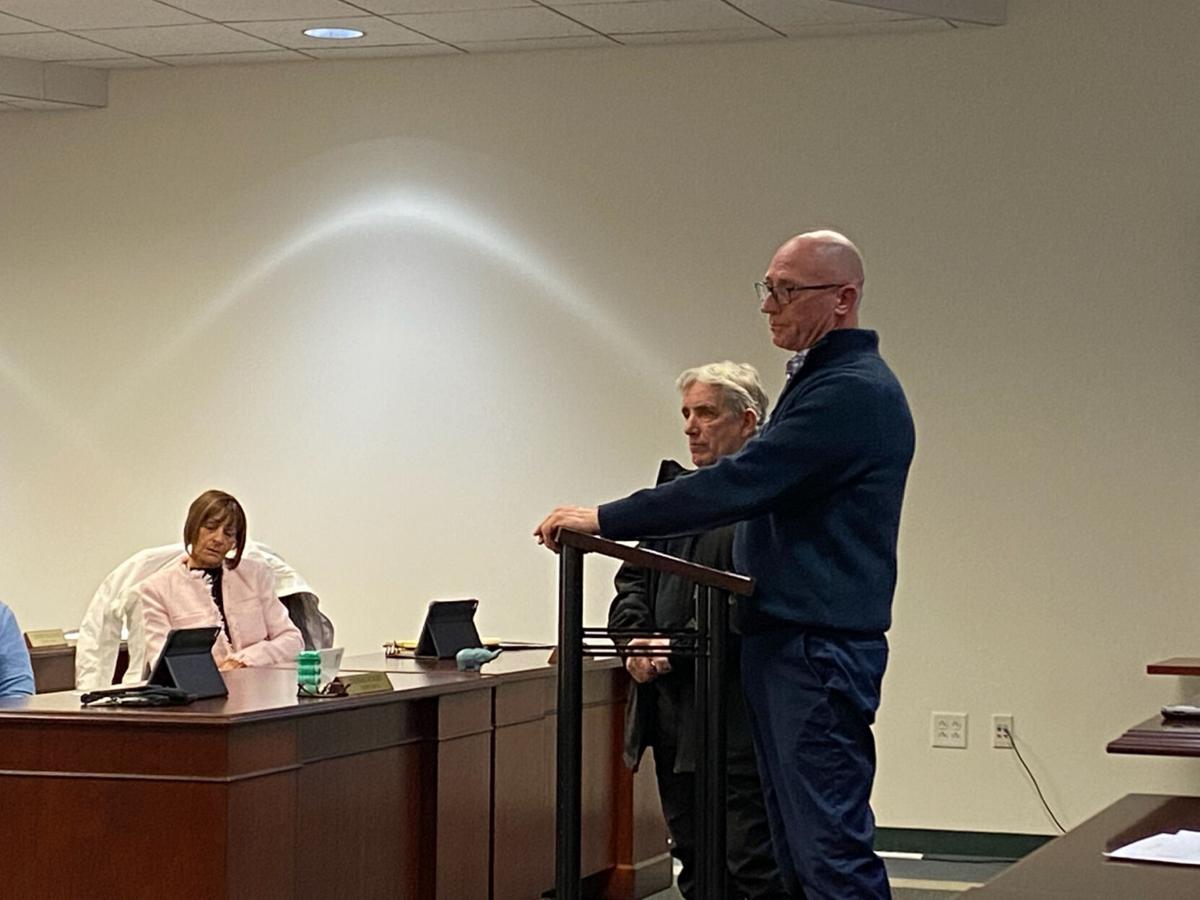 CATSKILL — Greene County Coroner Paul Seney appeared before the Greene County Legislature on Monday with a request for the county to form a coroners department and designate an office in which to coordinate their activities.

The county has four coroners who are all elected by the public, but there is no centralized office for them, as two conduct their coroner business out of funeral homes.

“We don’t do this because there’s money in it, we do it because this is our service to humanity,” Seney told the Legislature during the board’s County Services Committee meeting Monday night. “We should have a professional, dignified coroner’s office. That’s all I’m asking for. We all deserve it as a county.”

Seney said the coroners are asking for only one room in a county building that would house a new cooler, which he said is the group’s top priority.

“The most important thing that we need in this county is a walk-in cooler,” Seney told the Legislature. “The amount of coroner calls that (Greene County Coroner) Gerry Buckley and I get, we just can’t keep bodies in a natural and warm environment in the funeral home where we keep them. We just can’t keep bodies like that for the sake of other people’s loved ones. These bodies, upon dying, change very rapidly. We’re just not in a position to handle things properly. It’s one of the most important things that we need as a coroner’s office in this county. I know it’s an investment but it needs to be looked at as an investment, because that’s what it is. It’s absolutely needed.”

Legislator Daryl Legg. D-Hunter, asked Seney for an estimated cost for the cooler and the coroner said it would be in the ballpark of $9,600.

“We need to have capacity to have four or five stretchers in there at any given time,” Seney said.

Seney also asked the Legislature for a stipend so the coroners could purchase uniforms that would signify to the public that they are with the county coroner’s office.

“The work that we do and the exposure and some of the rough things that we are doing, we’re talking about four people,” he said. “I’m not saying that all four people would take these benefits, but I’d certainly like to have the opportunity to propose benefits for the coroners. We’re doing dangerous and very important work and we’re certainly exposed to a lot of things that the common person is not. So we’d like to put that on the table for consideration also.”

Greene County Administrator Shaun Groden said the county has not required a centralized coroner’s office, but that could be in the process of changing.

“We’re kind of in a transitional period,” Groden said. “Our history has always been that the coroners were also funeral home directors in their own right in their private profession. So we would kind of double-duty their facilities when they had to put their coroner hats on. They would return to their own facility with the deceased and then what happens is the family gets notified and then maybe another funeral home would come by and pick somebody up and you’d go through the traditional wake and service. So we kind of had built-in facilities by virtue of the fact that the coroners were also funeral home directors. That’s beginning to pass because two of our four coroners are not funeral home directors, so they don’t have their own office, so they need facilities.”

Legislator Michael Bulich, R-Catskill, asked Seney what the costs would run to set up a formal coroner’s office with a cooler housed in it.

“Is there another county that’s set up with an office and a cooler where we can see what their budget is for the year so we have an idea of what we’re looking at?” Bulich said. “Just so we know if that’s something that this body is going to be looking at going forward. If there’s another county with a 50,000 to 60,000 population, we might have an idea of the size and scope of the costs that would be necessary to put something in place.”

Seney said he would gather that information and provide it to the board.

Groden said Tuesday the county would consider the idea of setting up a formal coroner’s office.

“We’re just in that period of time where we probably should now plan to create and build a facility where the deceased could be taken to during the time prior to family making the arrangements for final disposition,” he said.

While Seney mentioned the county’s planned new sheriff’s office as a potential destination for a coroner’s office, Groden said Tuesday that another site would have to be found.

“It wouldn’t be in the new facility because we don’t have a room there in the design,” he said. “But I think it would be appropriate for us to consider the establishment of what is traditionally known as a morgue. Your bigger counties have a dedicated facility that’s county-run. So we’re probably at that point now where we’d be looking to do something like that.”